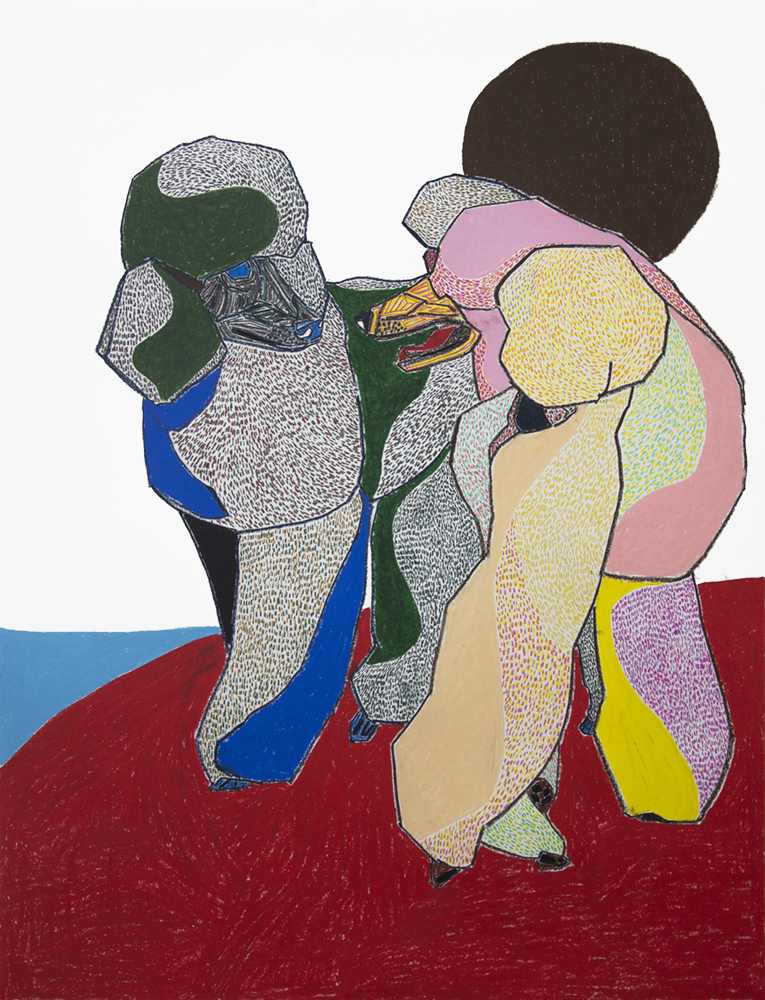 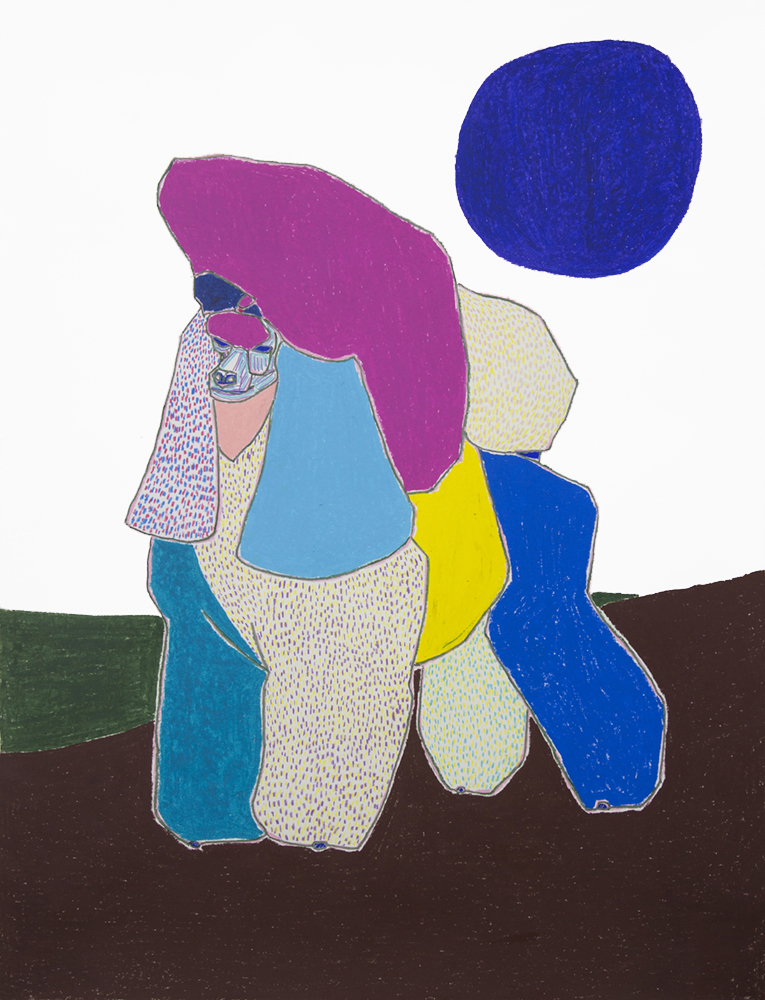 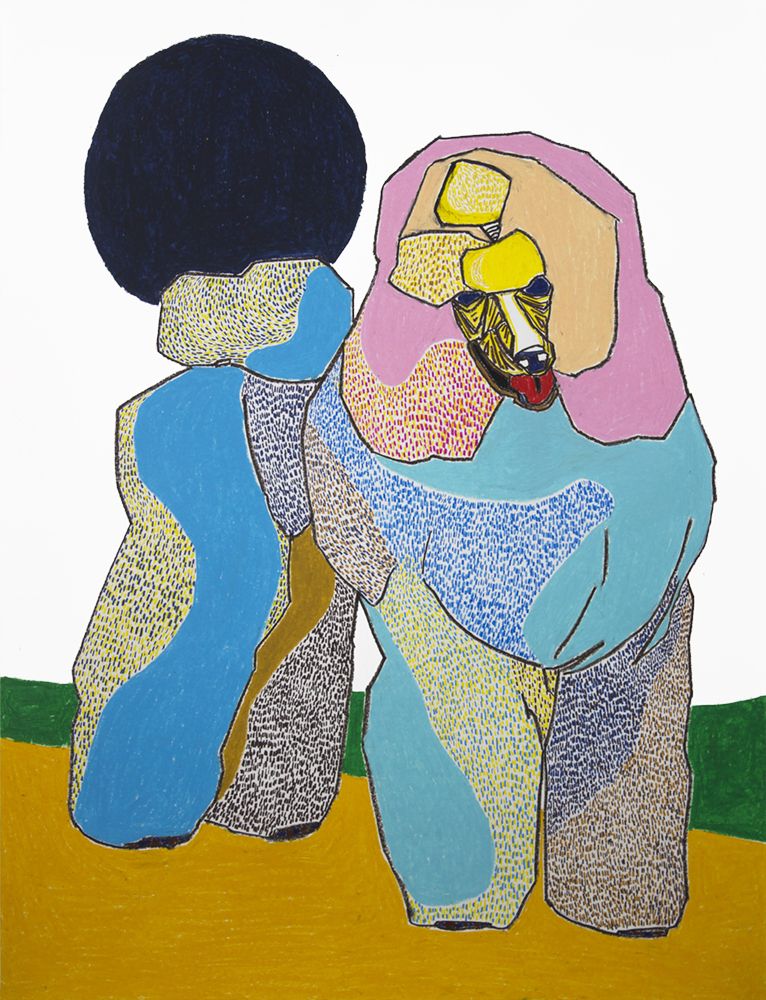 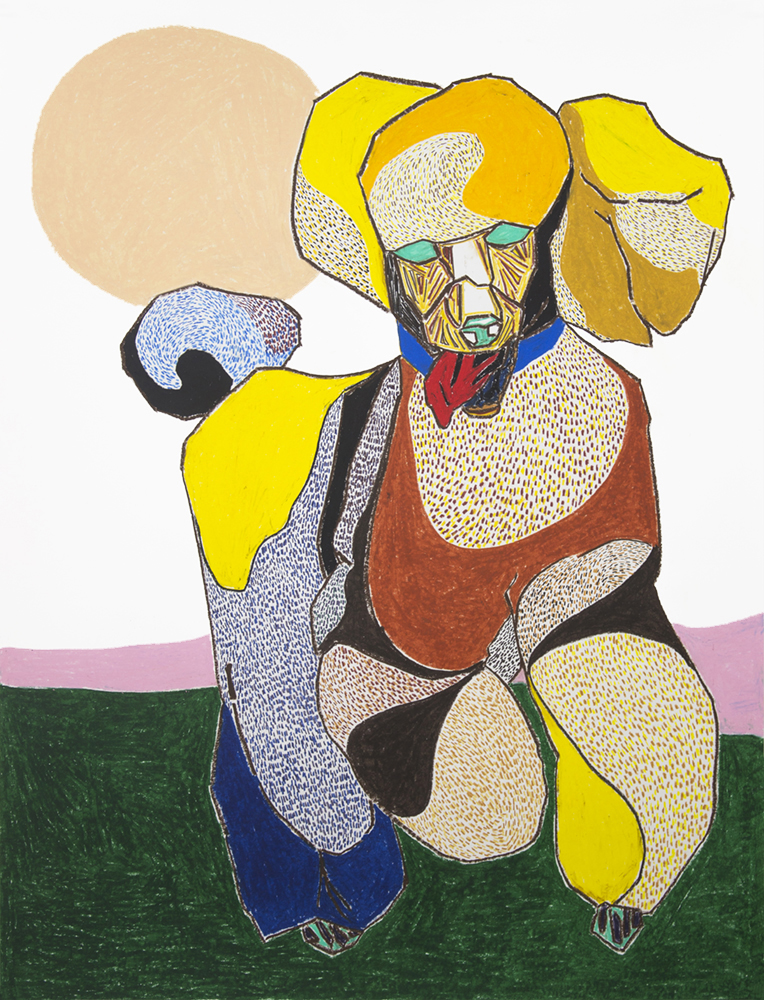 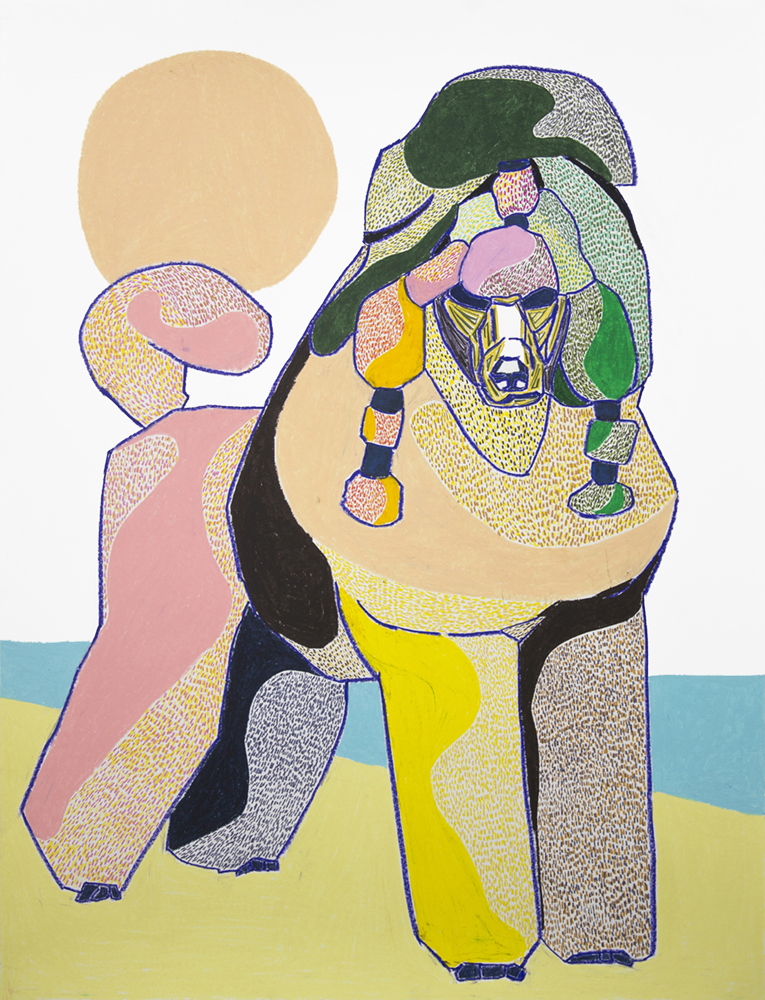 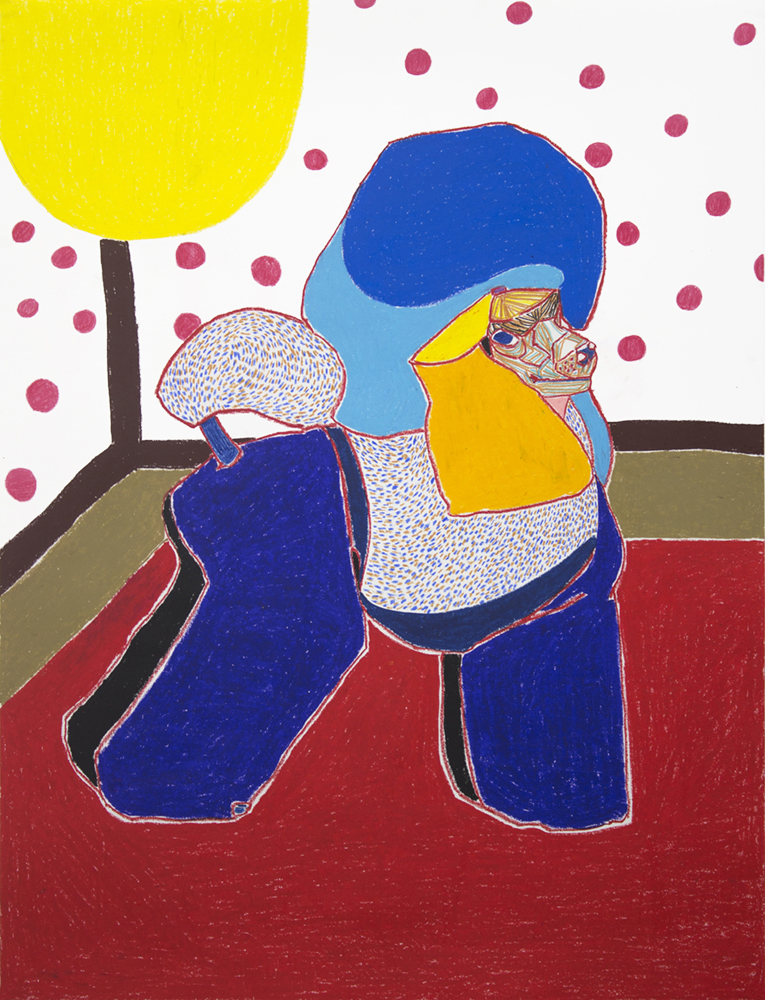 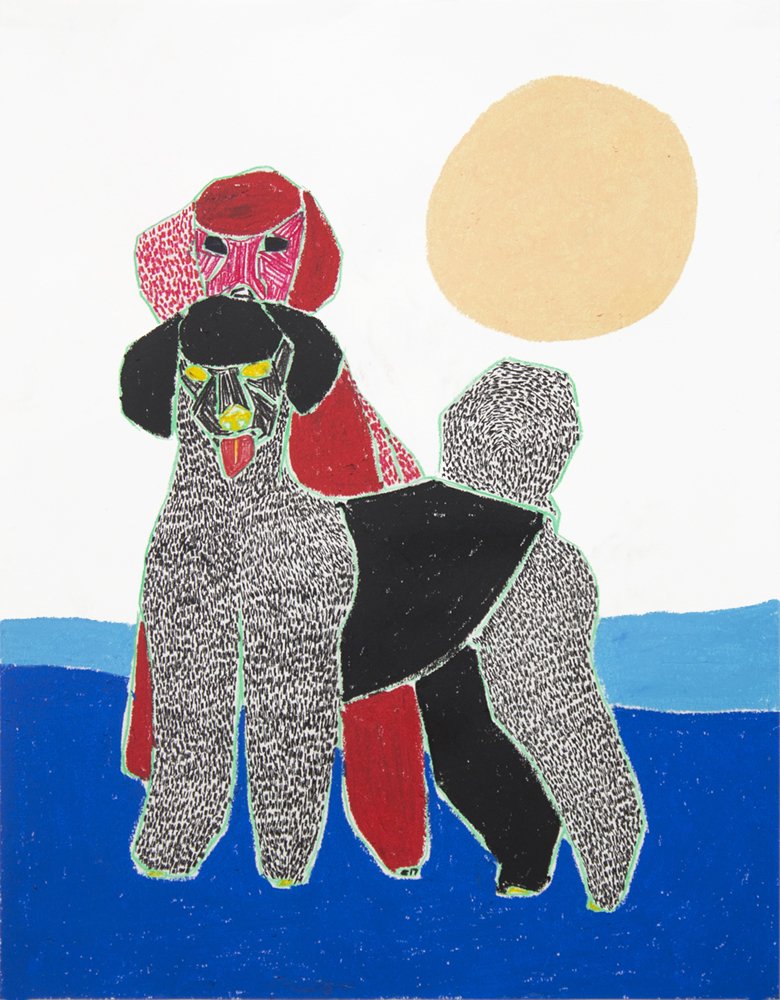 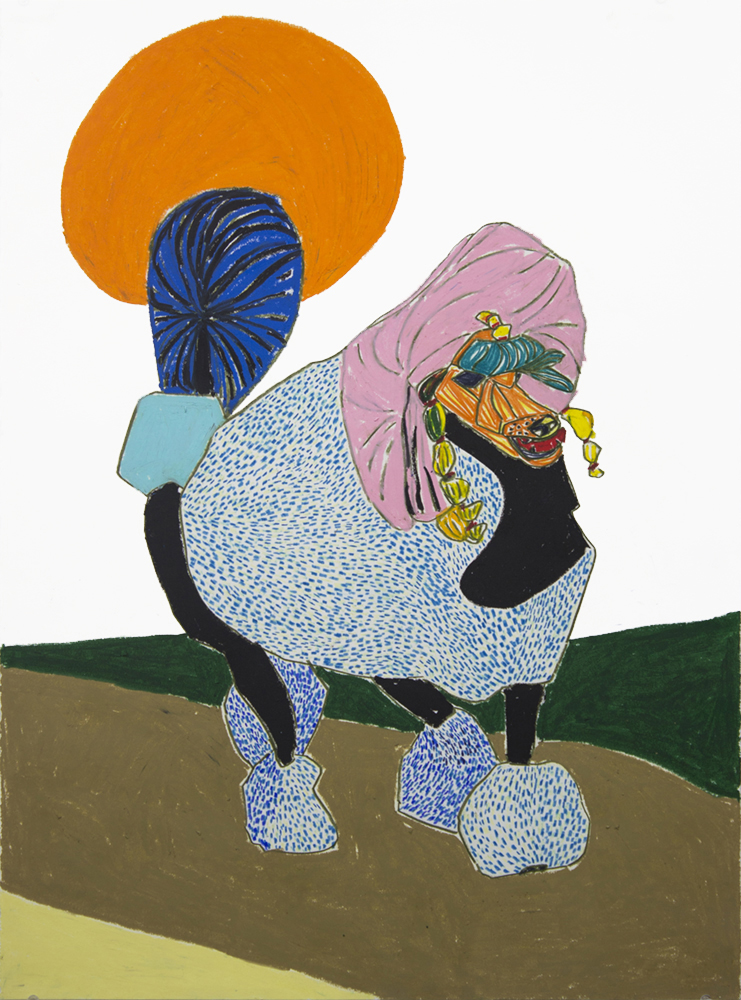 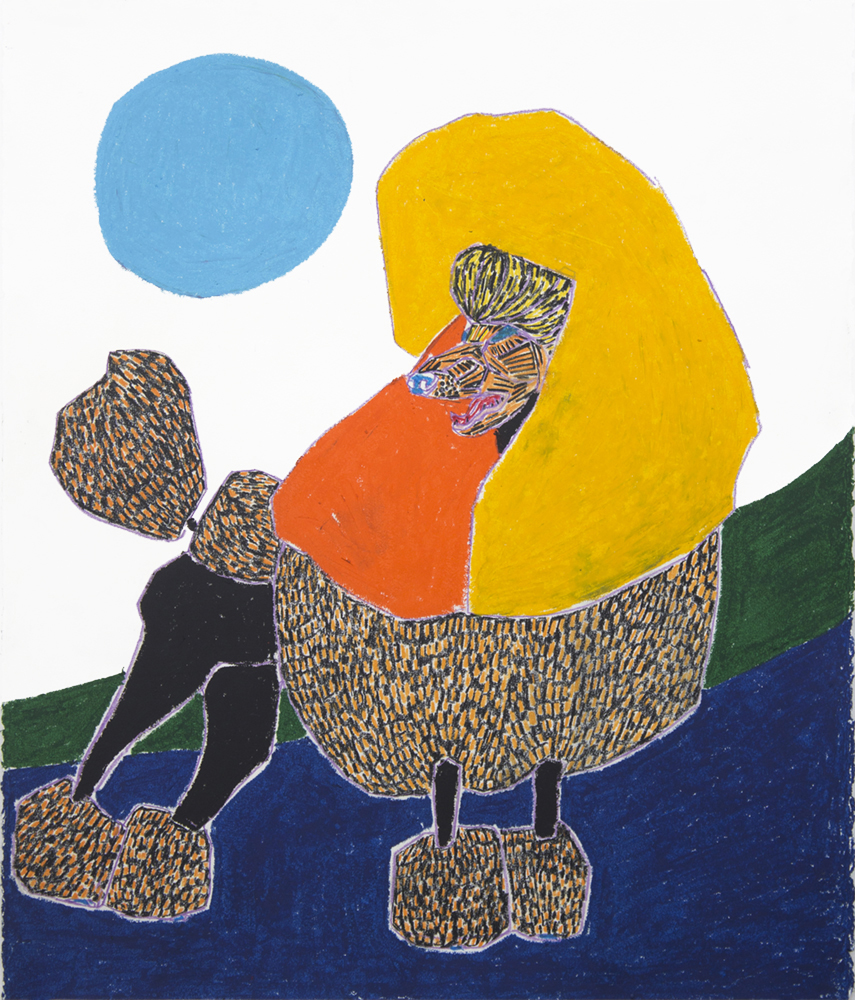 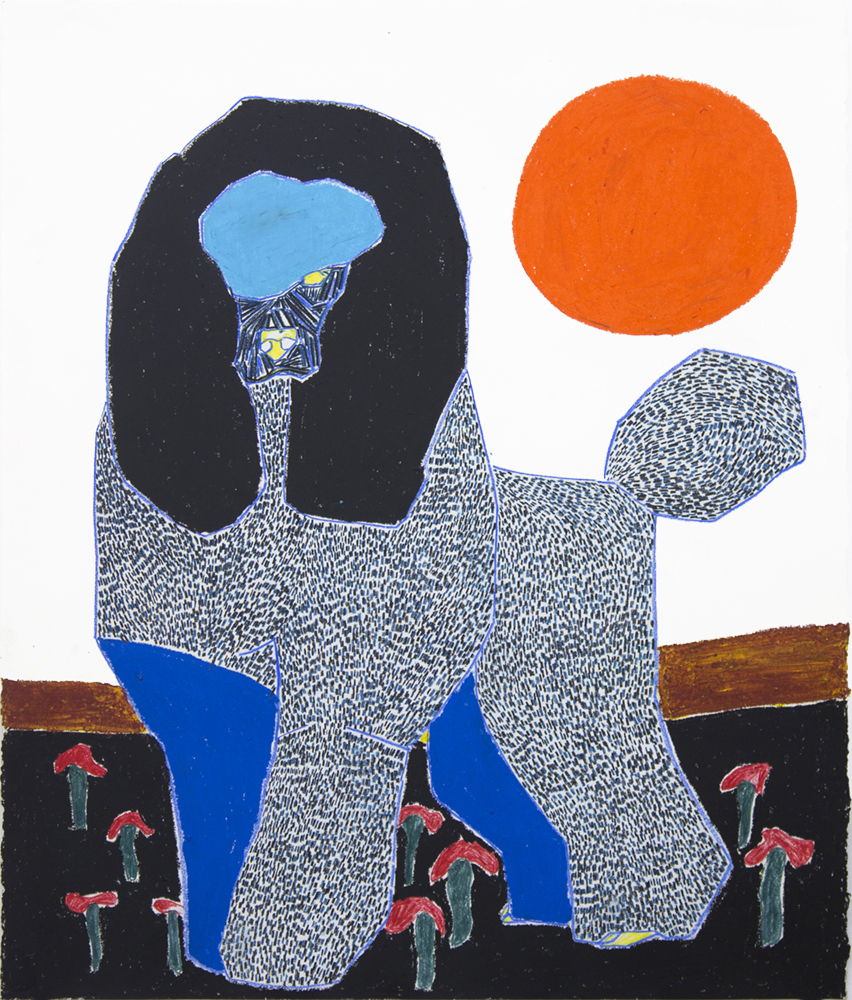 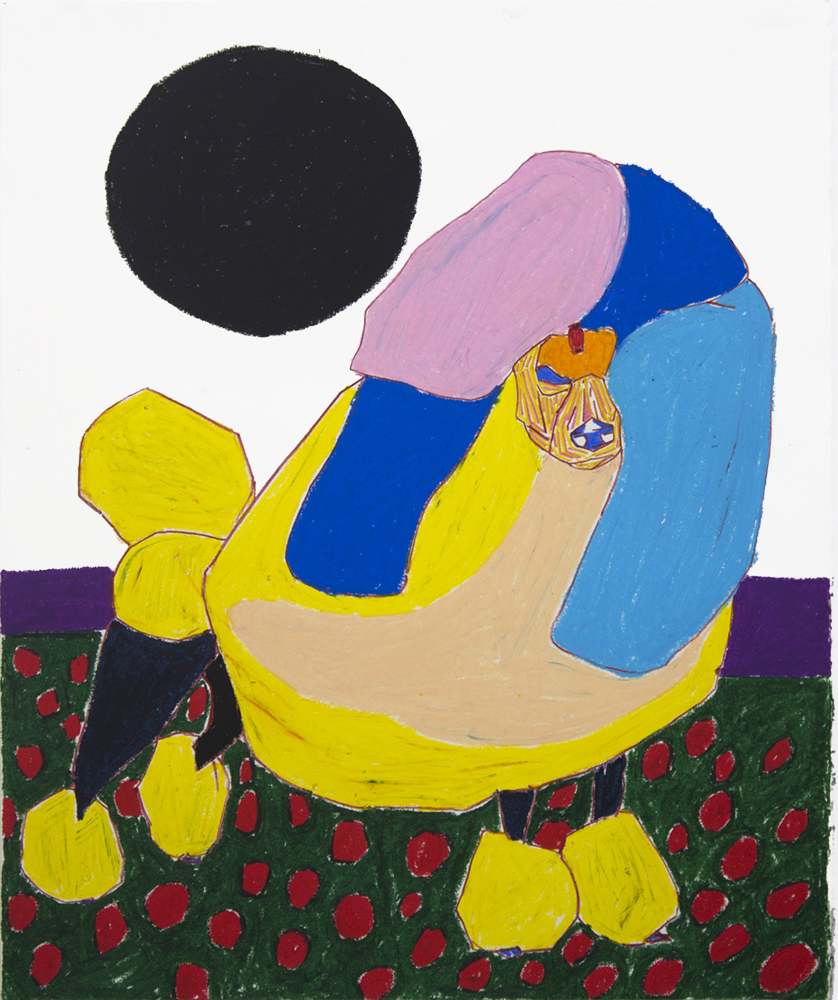 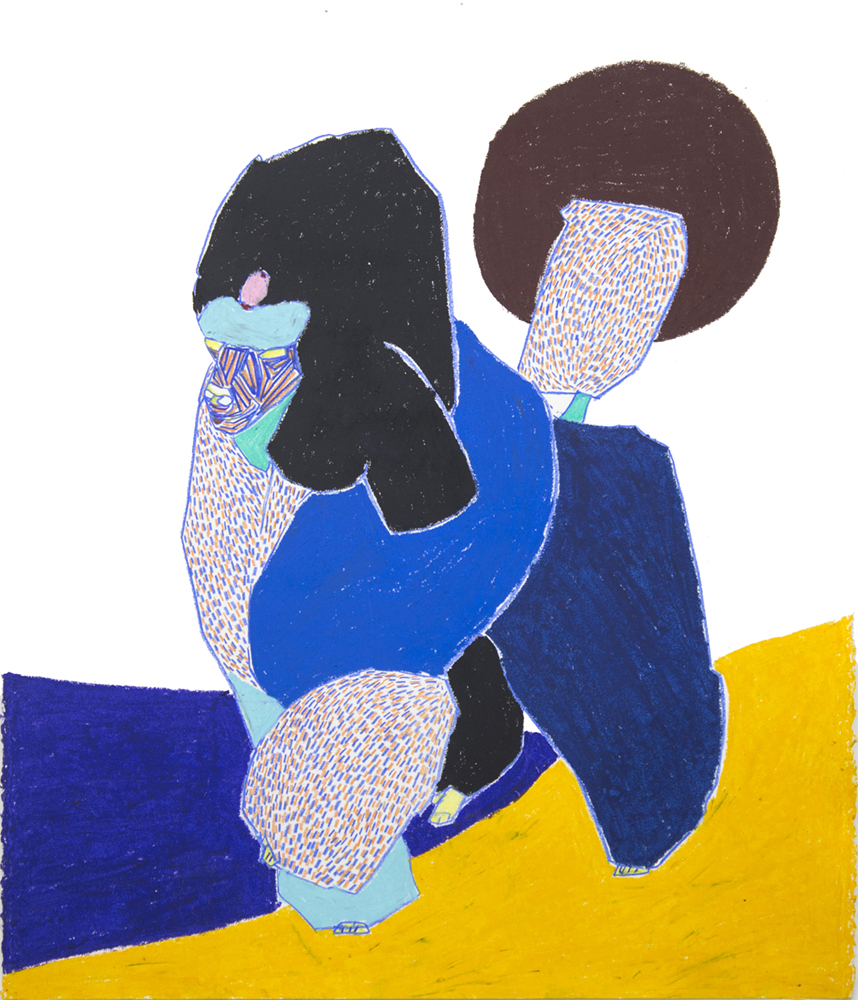 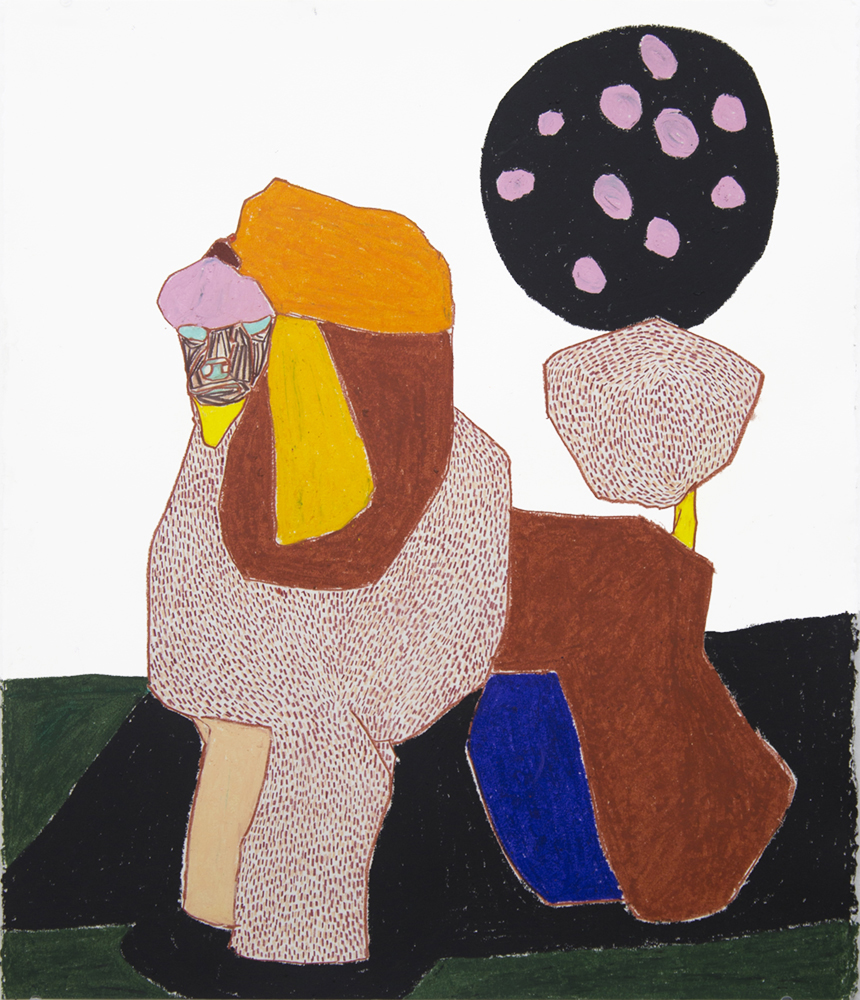 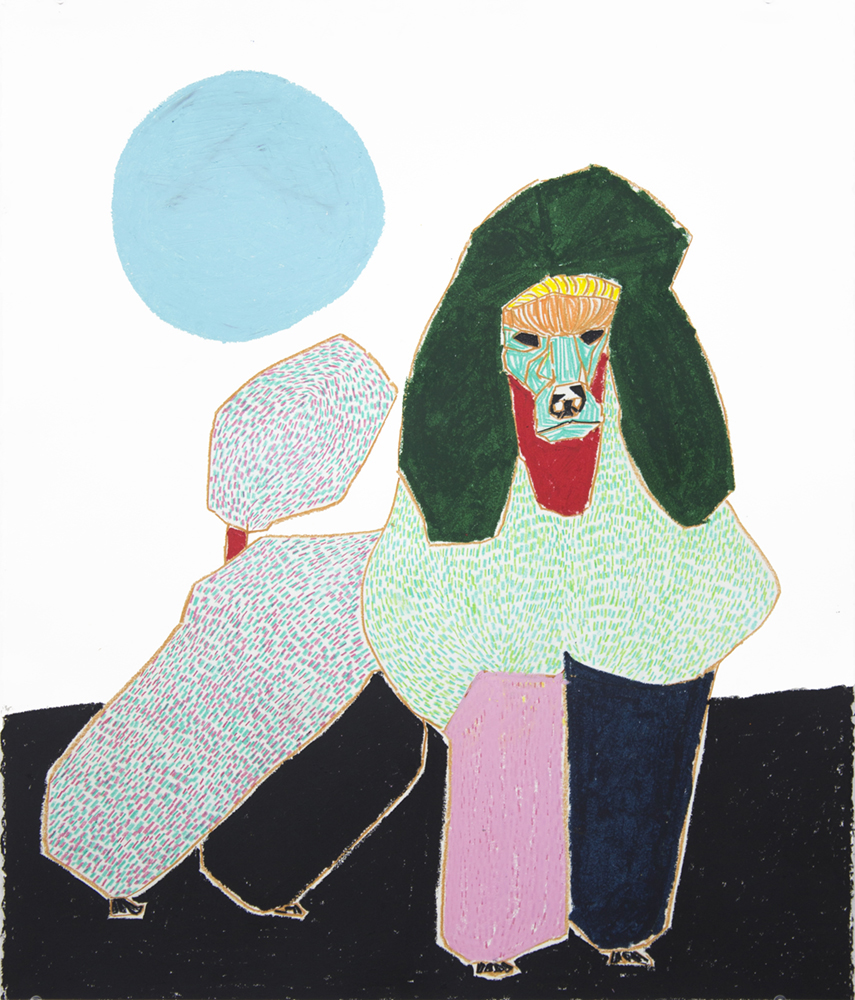 Susumu Kamijo and Jonas Wood met in 2000 as grad students at the University of Washington in Seattle. Their friendship was documented in an interview published in Susumu’s book, Poodles. I talked by phone to Jonas on April 18. The following is an excerpt from that conversation.

HL: When did you first become aware of Susumu’s Poodles?

JW: He would post a lot of his work on Instagram, and one day he just posted this poodle and I instantly called him and I was like “this is something.” It was different than what he had been able to paint before he started making these dogs.

HL: What do you think that something is?

JW:  I’ve seen his paintings since 2000. He was just out of college. So personally I was responding because it was like watching somebody put something different together with all these colors and techniques I’d seen before, but the subject matter had changed. I could tell that he was really interested in these dogs: the way that he painted, how detailed it became, how specific of an icon they became for him. Just knowing that Marta his longtime girlfriend is a dog groomer and it was about dogs, I was like this is great because we’ve always been talking about what is he interested in painting the whole time I’ve known him — but much more seriously since he found this particular thing to be inspired by.

HL: Do you think as far as his career goes the change in subject was the catalyst? Literally the poodle?

JW:  I don’t know, I think it could have been anything but it happened to be this poodle work first. He has been able to find his voice in painting and I guess drawing, I’m calling it painting, it’s a fucking drawing, you know, it’s a painting/drawing.

JW: Yeah, the point is, as a friend, as a peer, as somebody who’s watched his work for a long time, I think it’s more about also finding a very distinct sensibility about color. He's fascinated by these dogs, but they've also become a structure for him to paint with. And I don't think Susumu is going to paint dogs forever, maybe he’s going to paint a lot of dogs, but I also see a very specific language forming.

HL: One of the things I find interesting is that in all the drawings, the background is exactly the same, almost like a typology. Do you think he’s obsessive that way, do you think he’s trying to look at the subject in a clinical way?

JW: Even though he’s making something figurative I see it more as a painting practice, like a balance in color and shape, and I do think that this is a vehicle for painting and he’s actually approaching it from a much more abstract way. So yes that’s true, but I also think that all those structures are a way for him to then play with color.

HL: That’s something you’ve come back to a bunch during this conversation. Can you elaborate on the color a little more?

JW: The rising sun that sometimes is in the paintings, or the choice of the color of the poodle, or the other couple of flat areas that always repeat, he’s really playing with this balance of color. That’s why the poodle is definitely a poodle, and he’s definitely studying all these different ways that the hair goes, but then if you look at them you realize exactly that it's both a typology and something bigger. I've always known him as this guy who paints and has really interesting ideas, but he wasn't as excited about it and now something's turned... It's like dogs, and painting language, and color, and his life is changing... For me from afar, it’s amazing to watch his paintings evolve. He's selling work, he's making more work, and you can see everything snowballing, and he’s spending a lot more time painting. He has a serious studio practice now and it’s fucking awesome to see as a friend and just as somebody who has responded super strongly to the work. We own a bunch of those poodles, we live with them, they’re rad.

Susumu Kamijo was born in Nagano, Japan, in 1975. He received his MFA from the University of Washington in 2002, preceded by a BFA at the University of Oregon. Kamijo’s works have previously been exhibited at Place Gallery, Regina Rex, The Third Policeman, S2 Gallery, The East Hampton Biennial, Rod Barton, and Marvin Gardens, where the artist is represented.