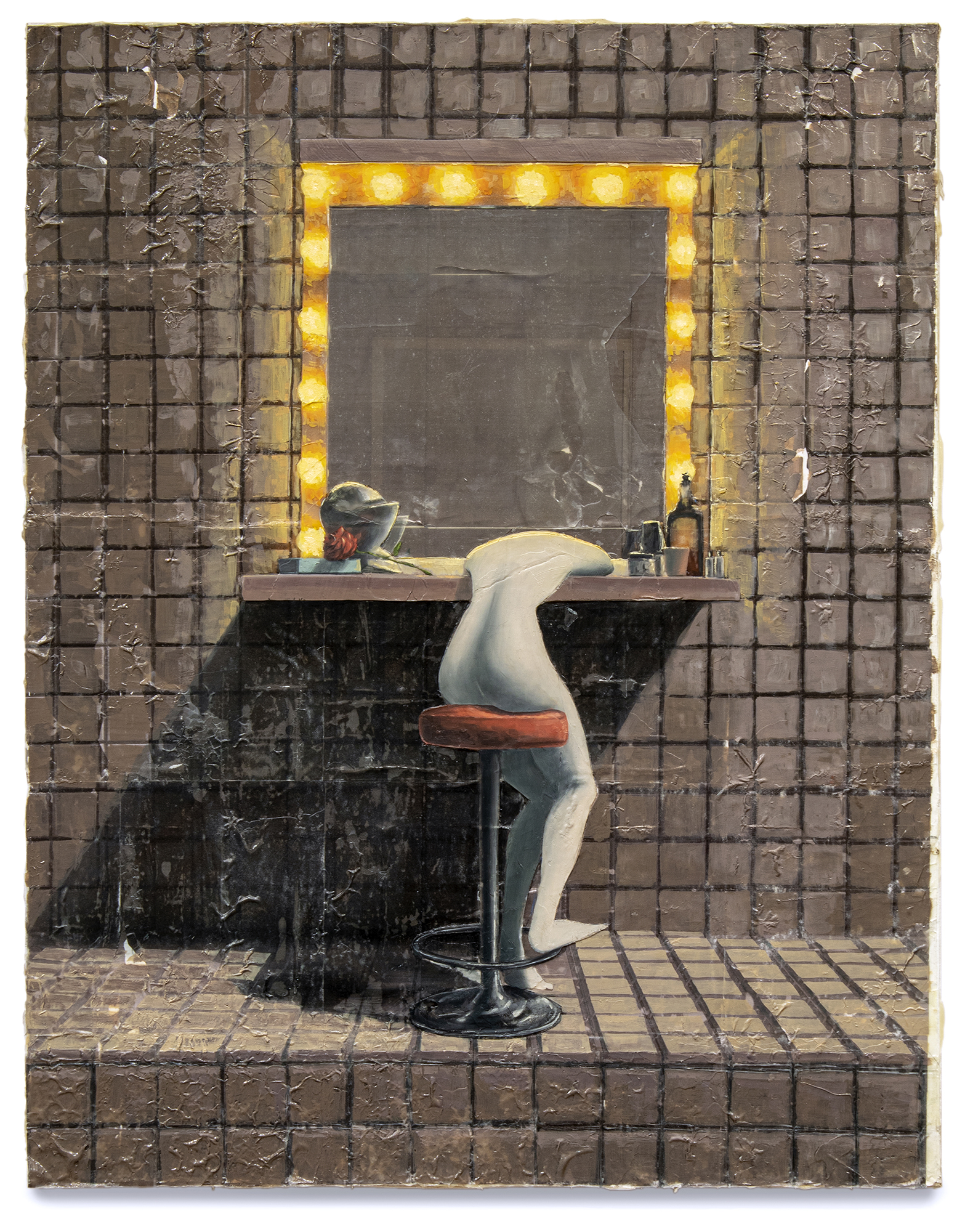 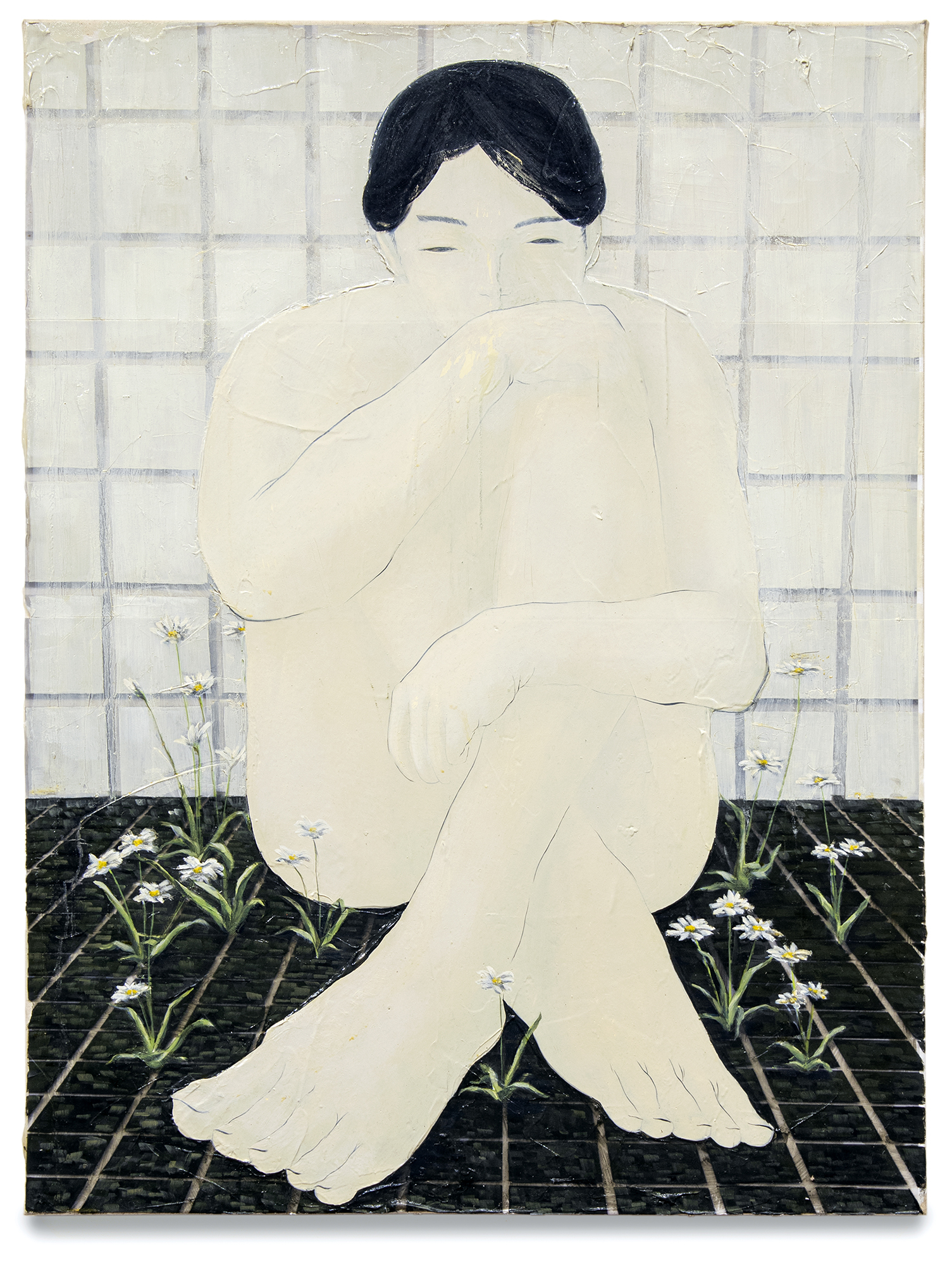 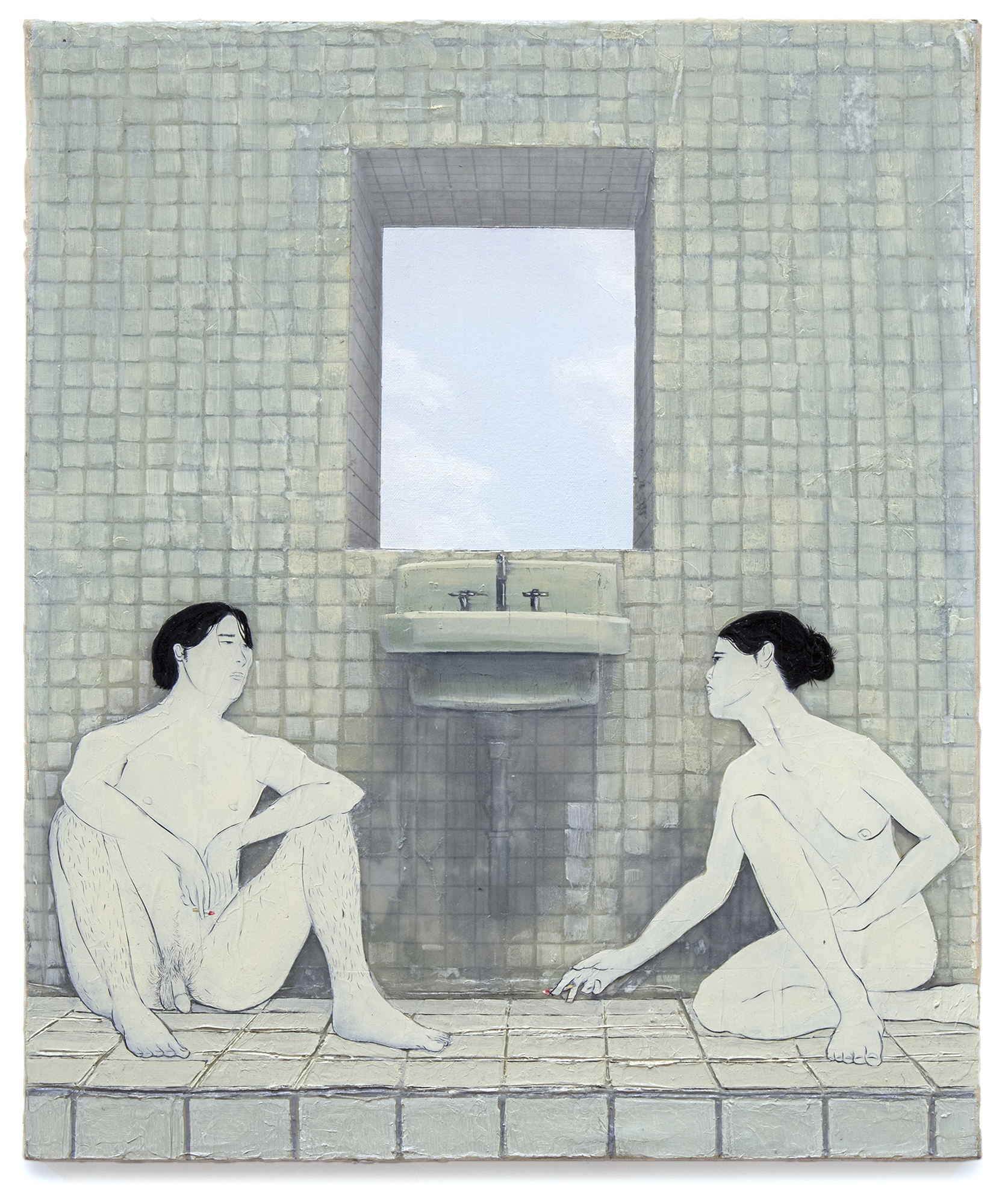 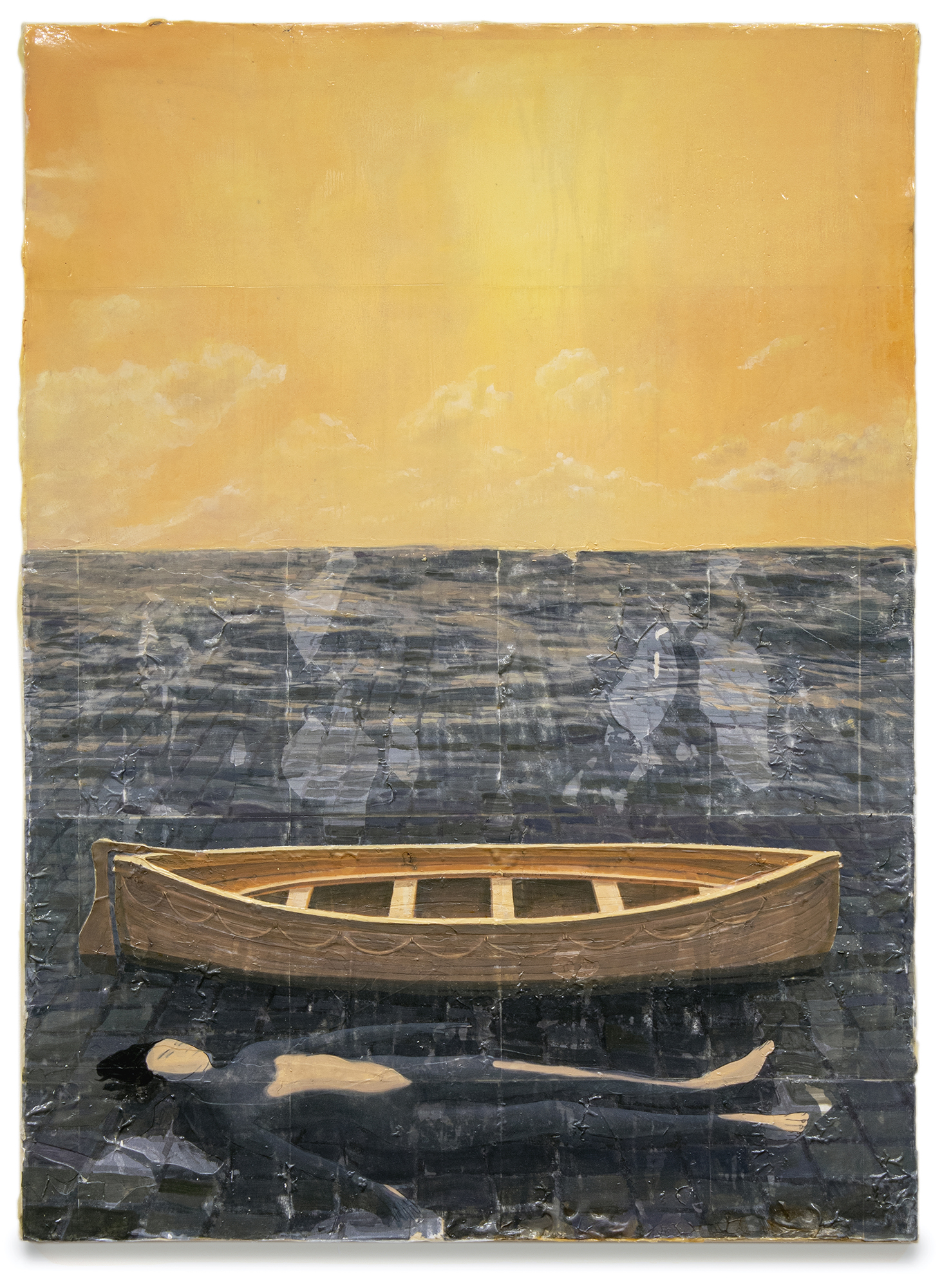 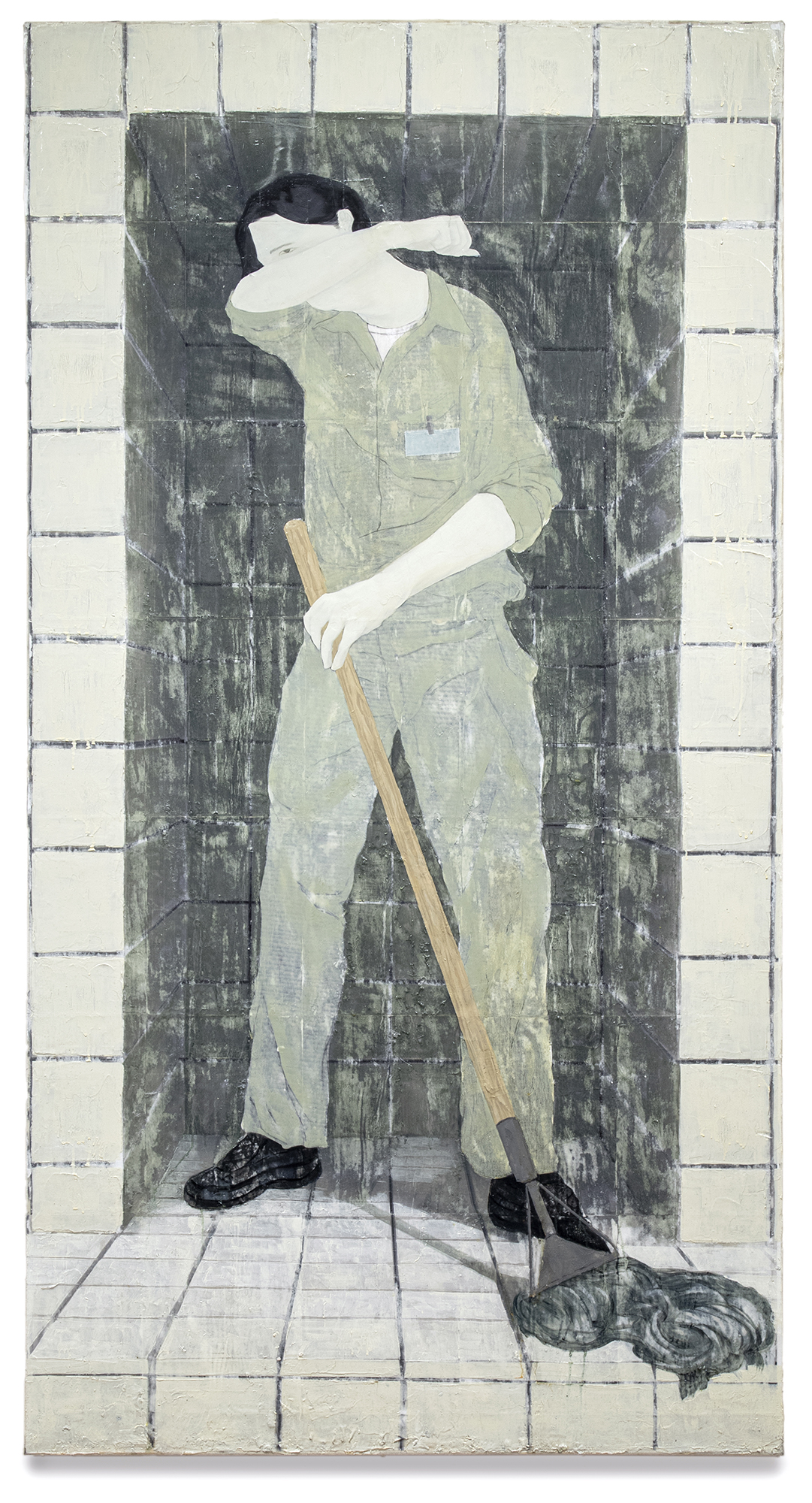 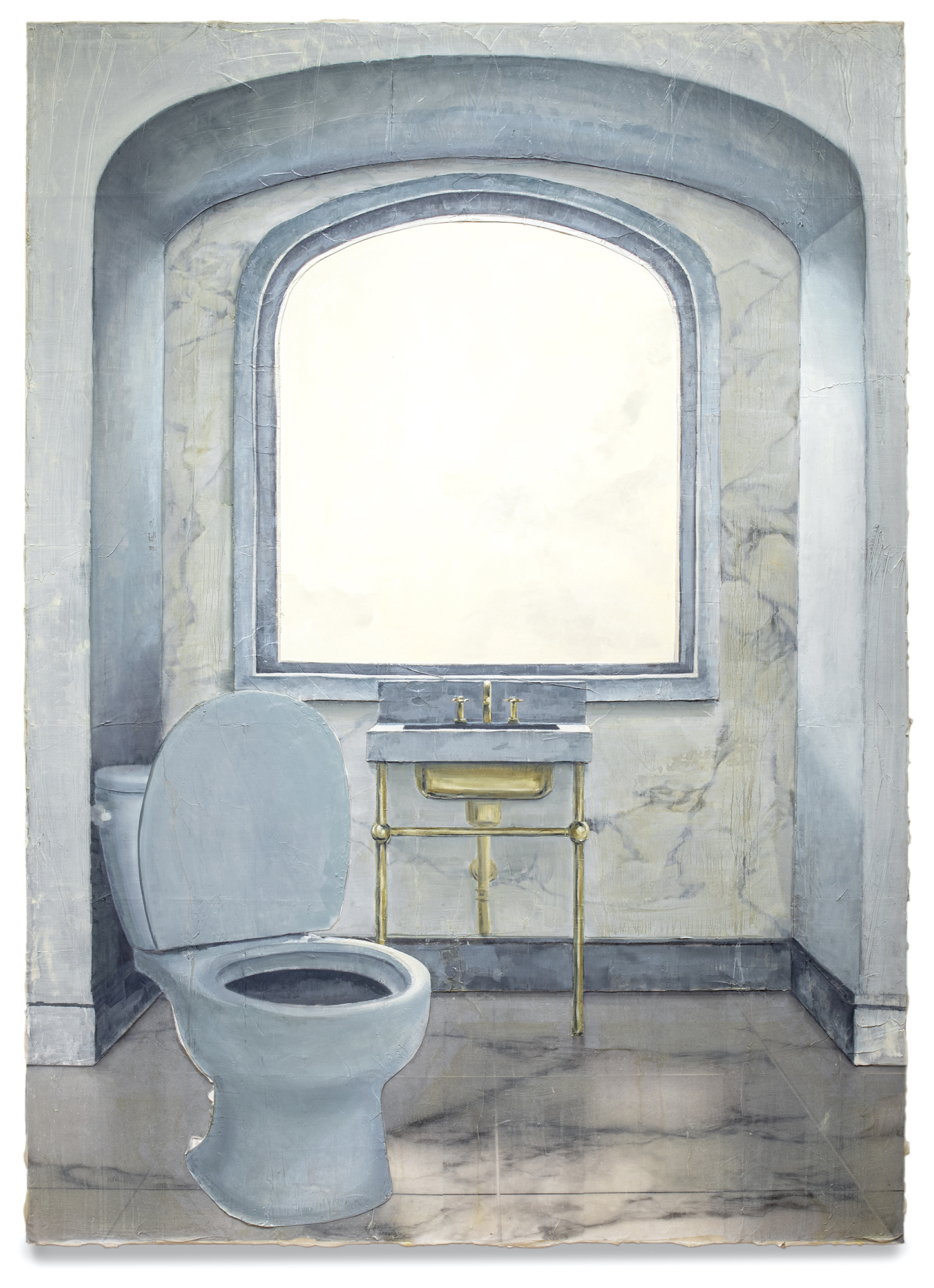 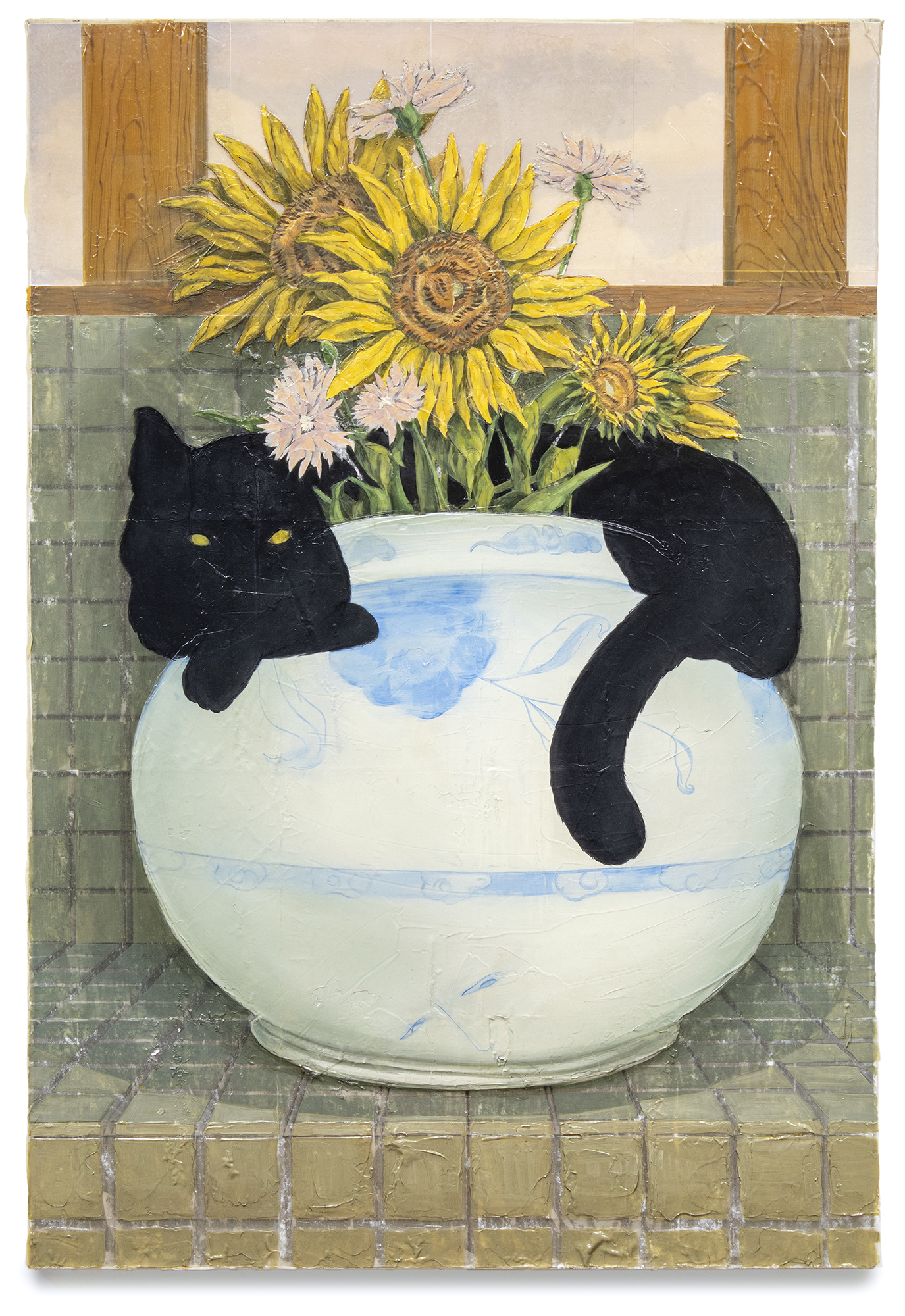 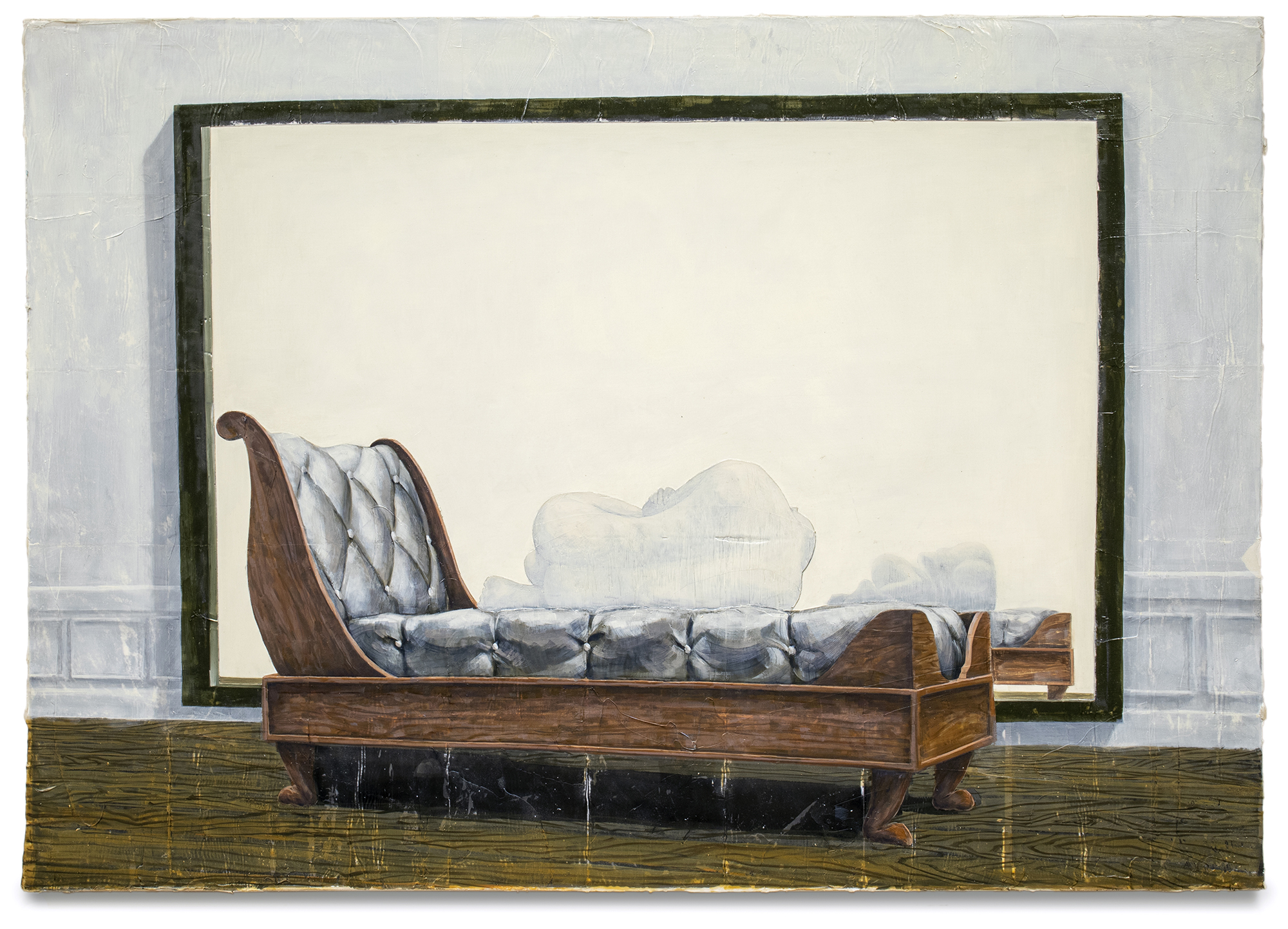 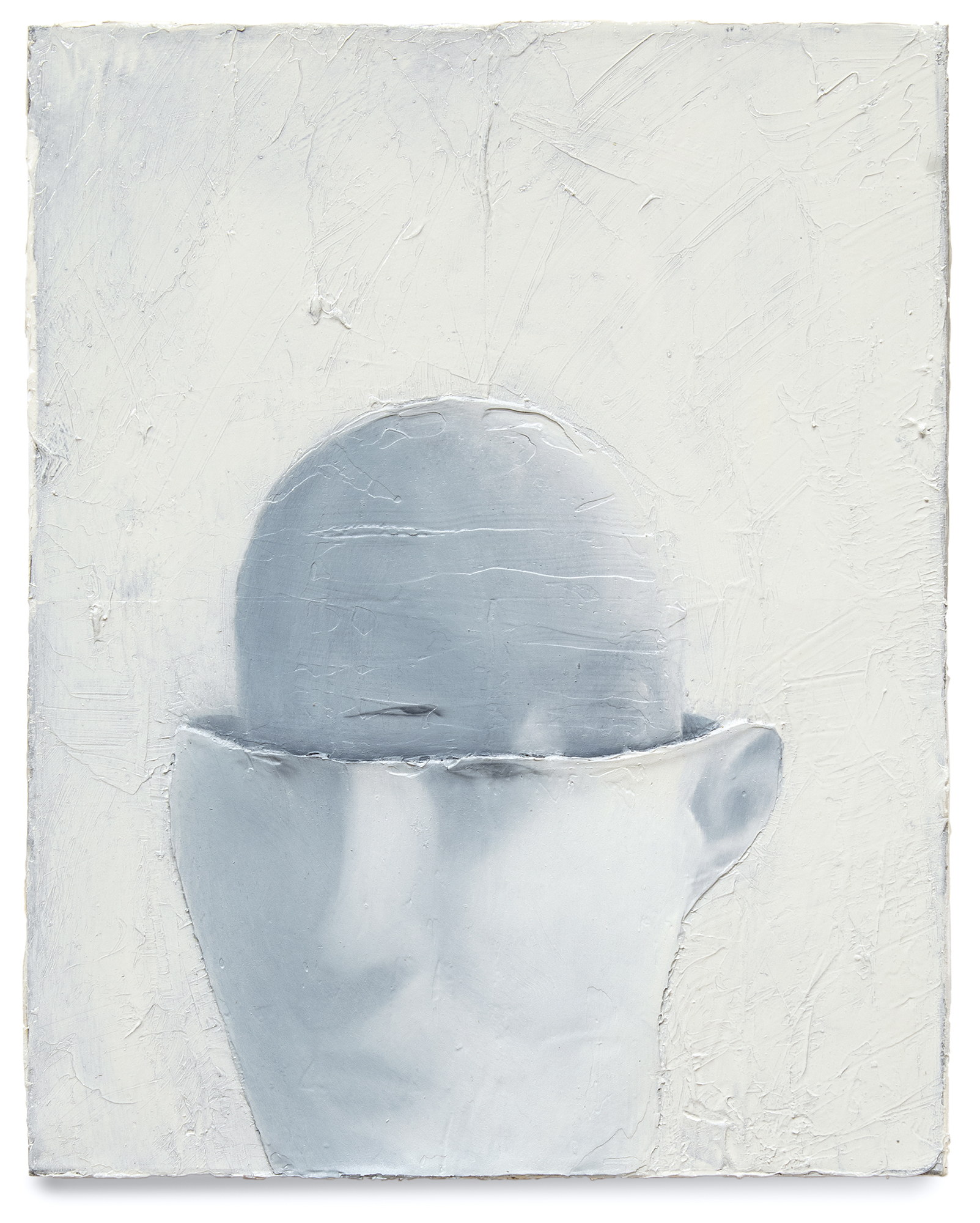 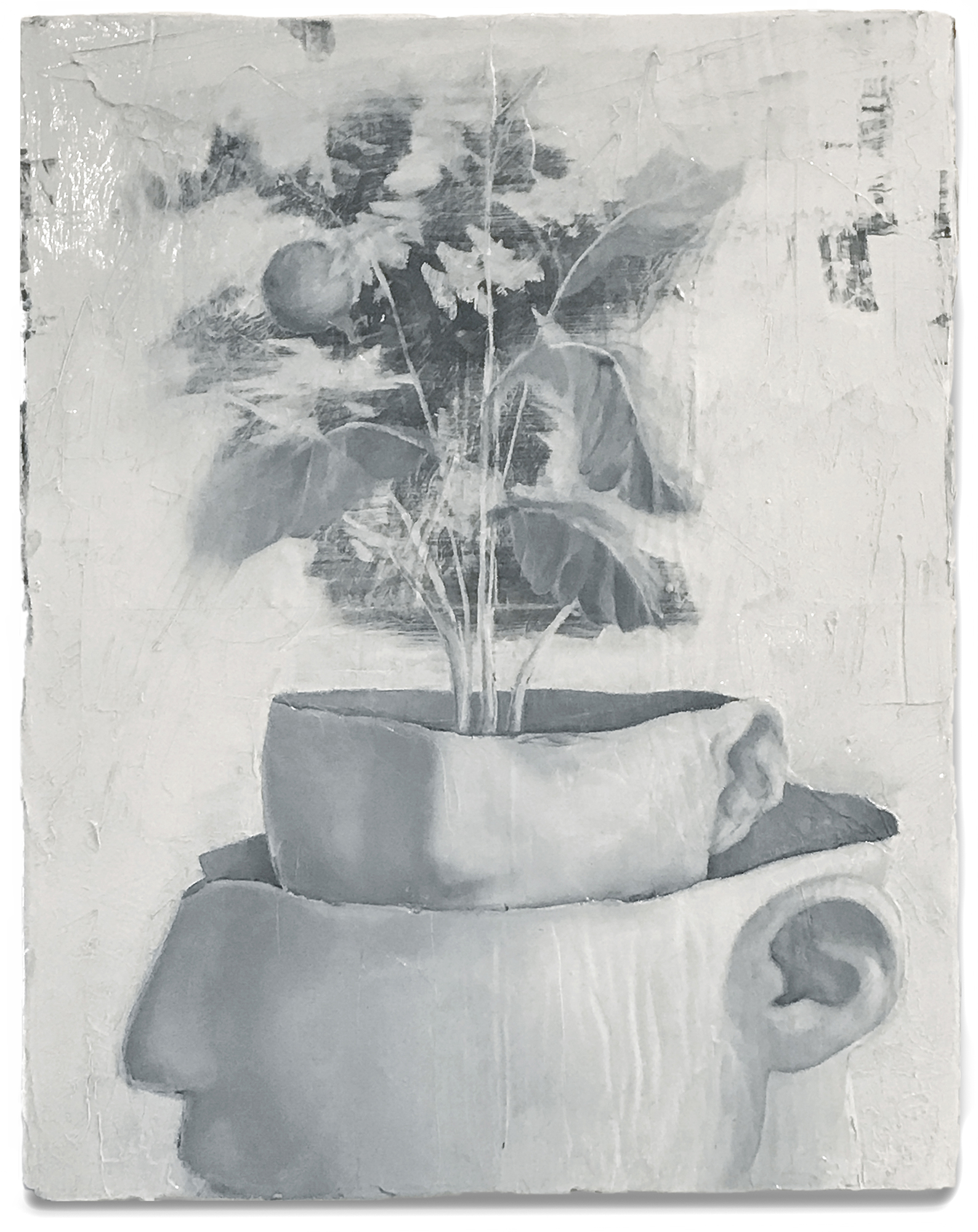 Harper’s is pleased to present Butterfly Dream, a solo exhibition of new works by Brooklyn-based artist Ho Jae Kim at Harper’s Apartment in New York City. The gallery is open to the public from 12 to 6pm, Thursday through Saturday.

The title of the exhibition refers to an ancient Chinese text from the 3rd century BC by the philosopher Zhuang Zhou. In it, Zhou presents a parable of existential perplexity that Kim dissects through his explorations of liminal dimensions.

Once, Zhuang Zhou dreamed he was a butterfly, a butterfly flitting and fluttering about, happy with himself and doing as he pleased. He didn't know that he was Zhuang Zhou.

In Butterfly Dream, Kim reflects on the cyclical nature of this predicament, finding in Zhou’s uncertainty a sense of purgatory—a non-space between heaven and hell—which becomes an allegory for the quotidian. The restricted palette of the paintings conveys the desaturation of daily life in comparison to the more glamorous portrayals of film, television, and social media. However, rather than being lost in ennui, the figures in Kim’s paintings evoke varieties of existence in a Kafkaesque society; be it a lonely janitor on the night shift, a wilting figure in a changing room, or a couple, smoking cigarettes, rapt in conversation on laundry day. Paintings tinged with color punctuate the exhibition, emphasizing the muted tones of Kim’s imagined world, yet emanating an otherworldly quality that belies the warmth and familiarity of their composition.

Each figure, plant, and structure is rendered meticulously in homage to Piero dela Francesca, as Kim playfully manipulates perspective geometry utilizing a 3D modeling program to create impossible spaces such as in Thinking Chair or Butterfly Dream. These environments make up a new virtual realm from which he extracts still images to be printed in multiple layers. The prints are applied to the surface of a canvas prepared with a sculpted layer of acrylic glue, which dries to a semi-transparent enamel before the paper is rubbed off. The resulting ink transfer acts as an underpainting and mimics the effects of a woodblock print upon which traditional oil painting techniques are applied. This physical process demands time, patience, and precision, turning Kim’s body into a procedural machine bound by routine, subverting and yet preserving his role as creator of the virtual universe—opening the door to purgatory. This is called the Transformation of Things.