Scott Kahn: Afternoon of a Faun 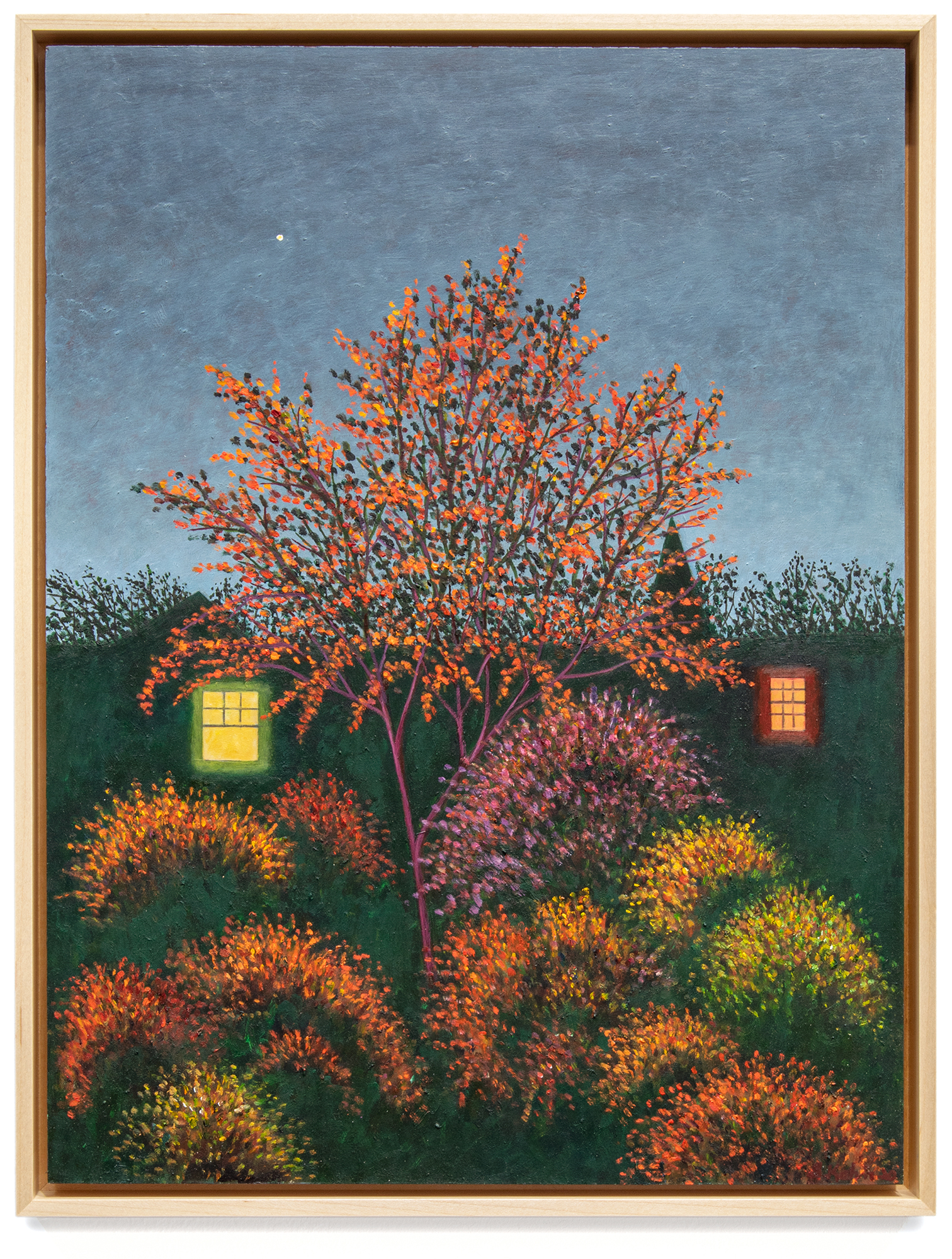 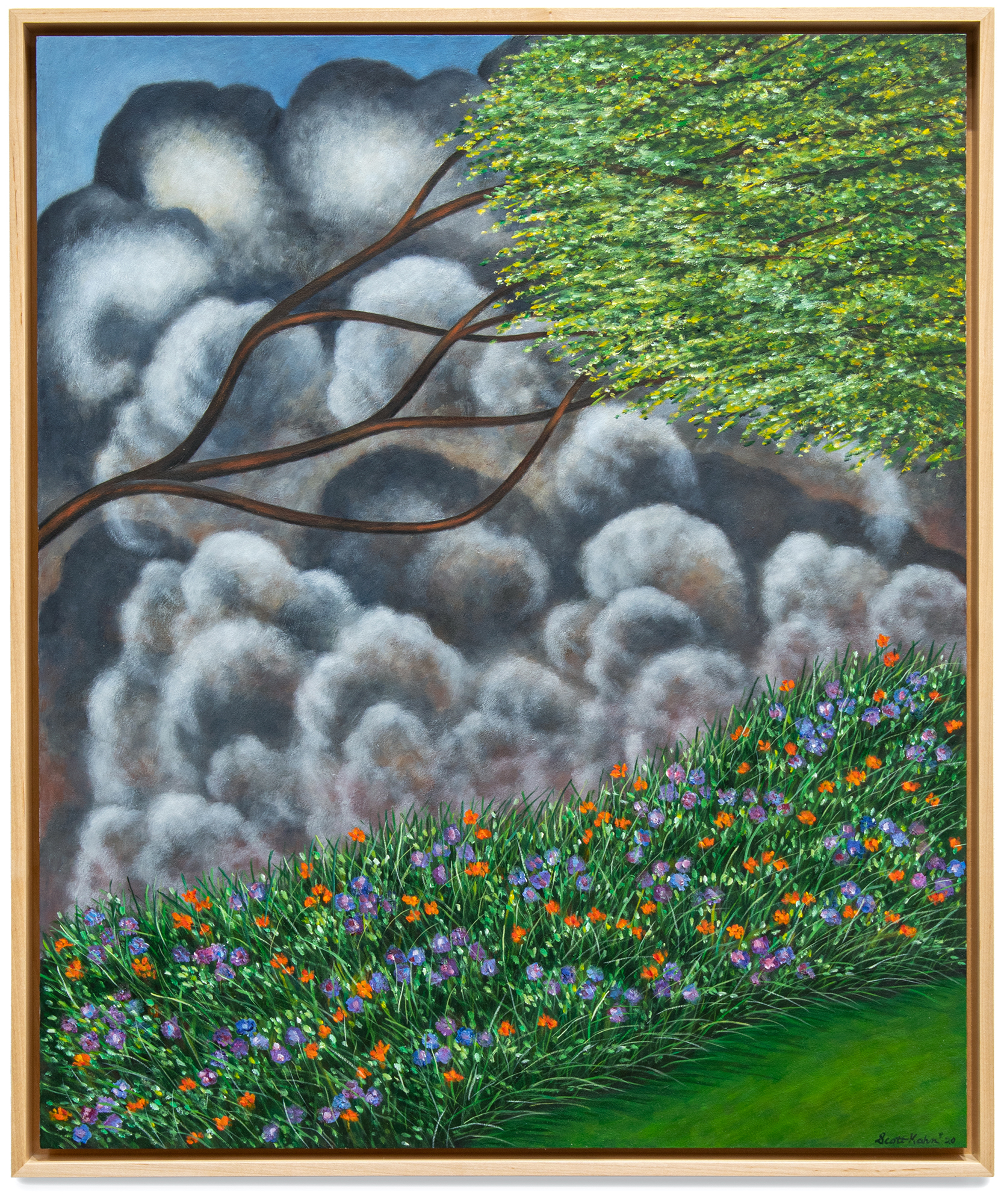 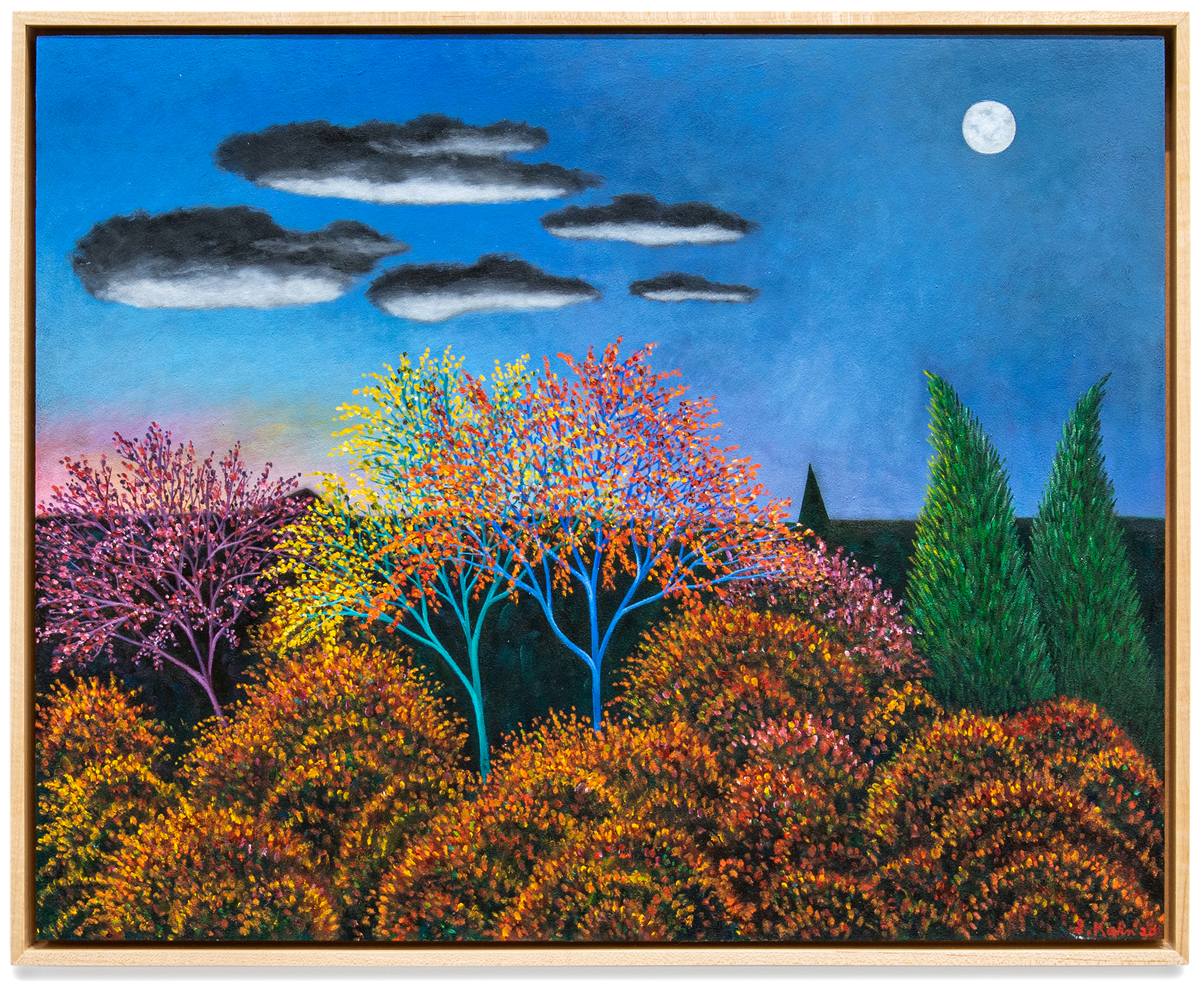 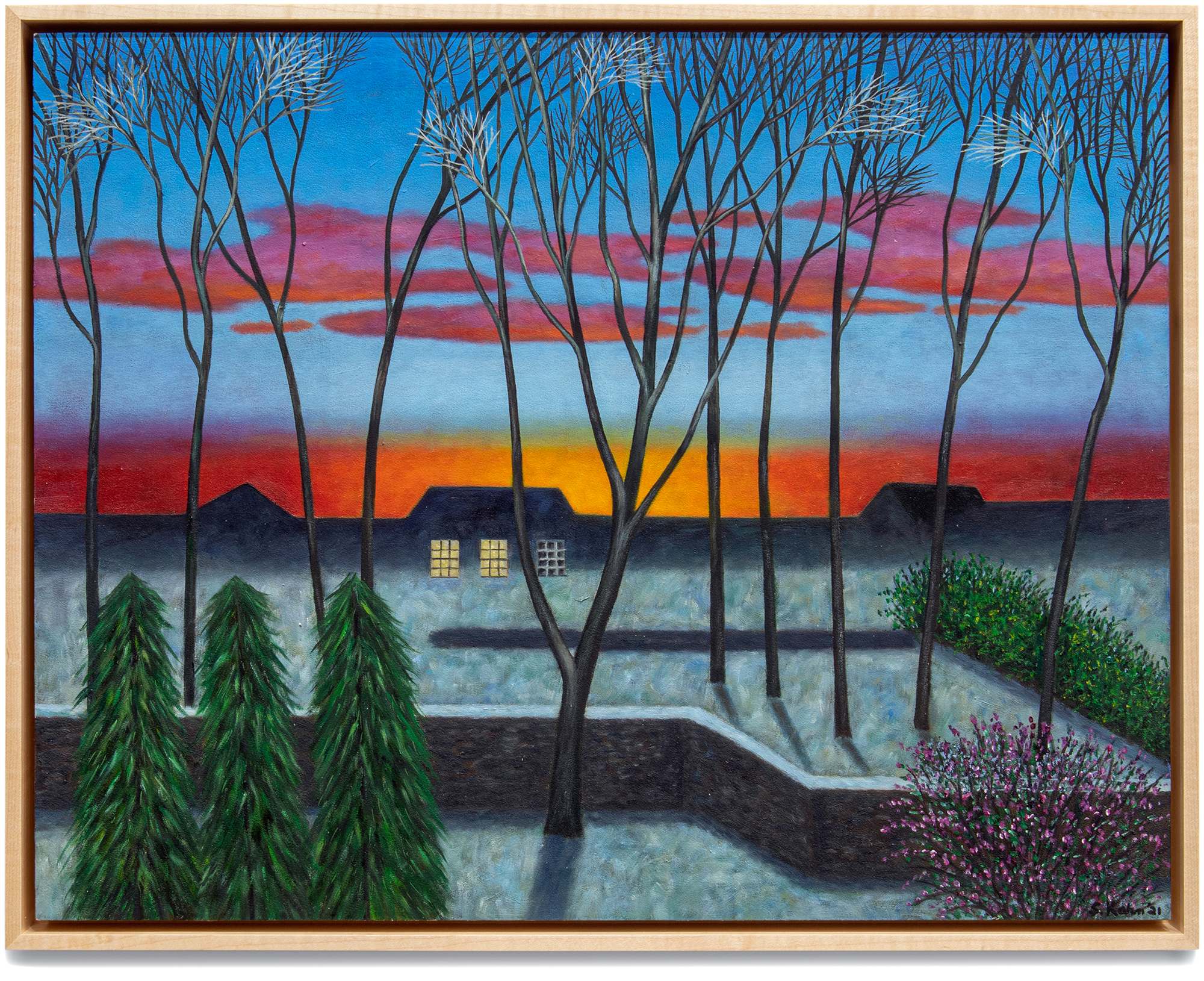 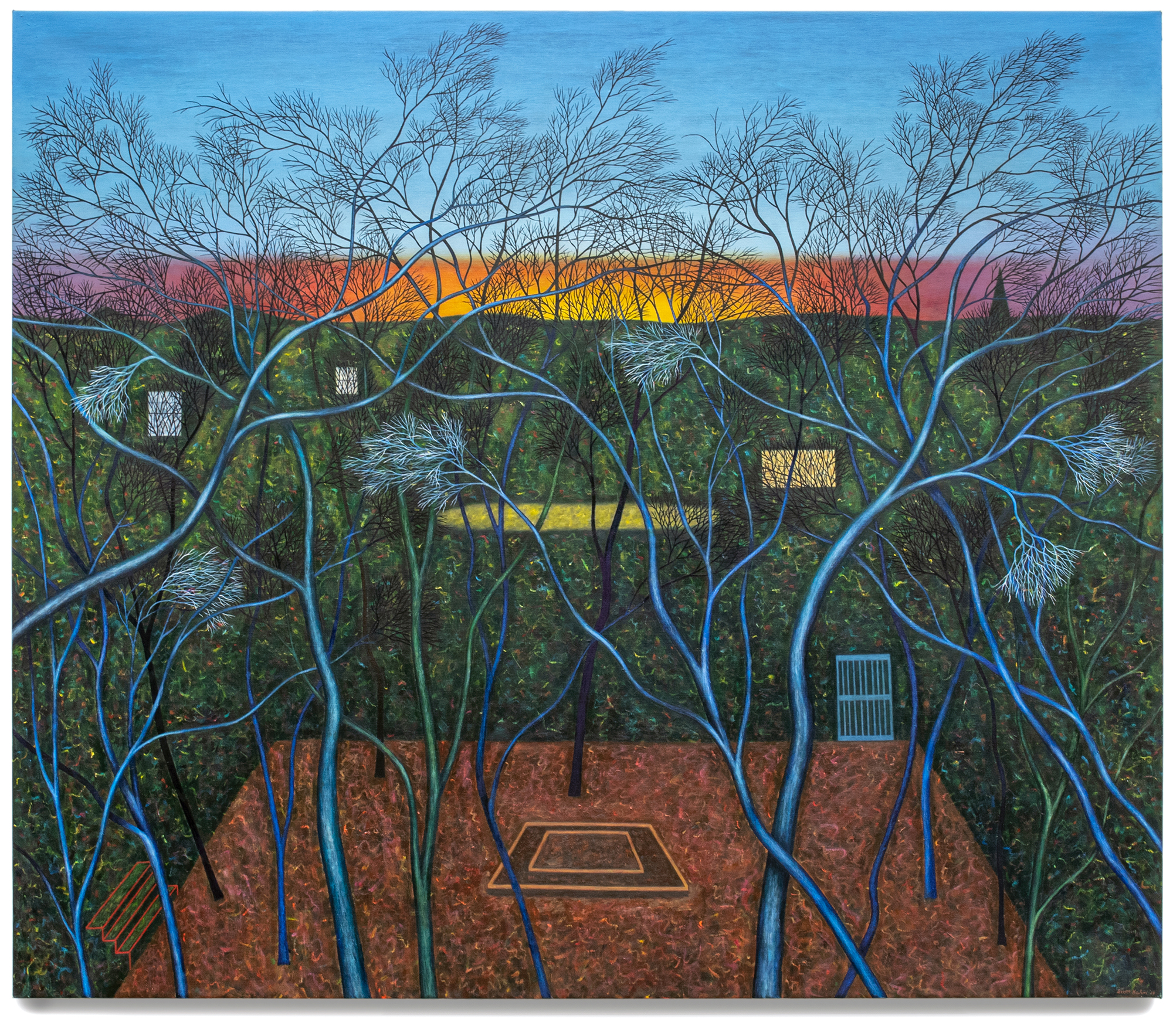 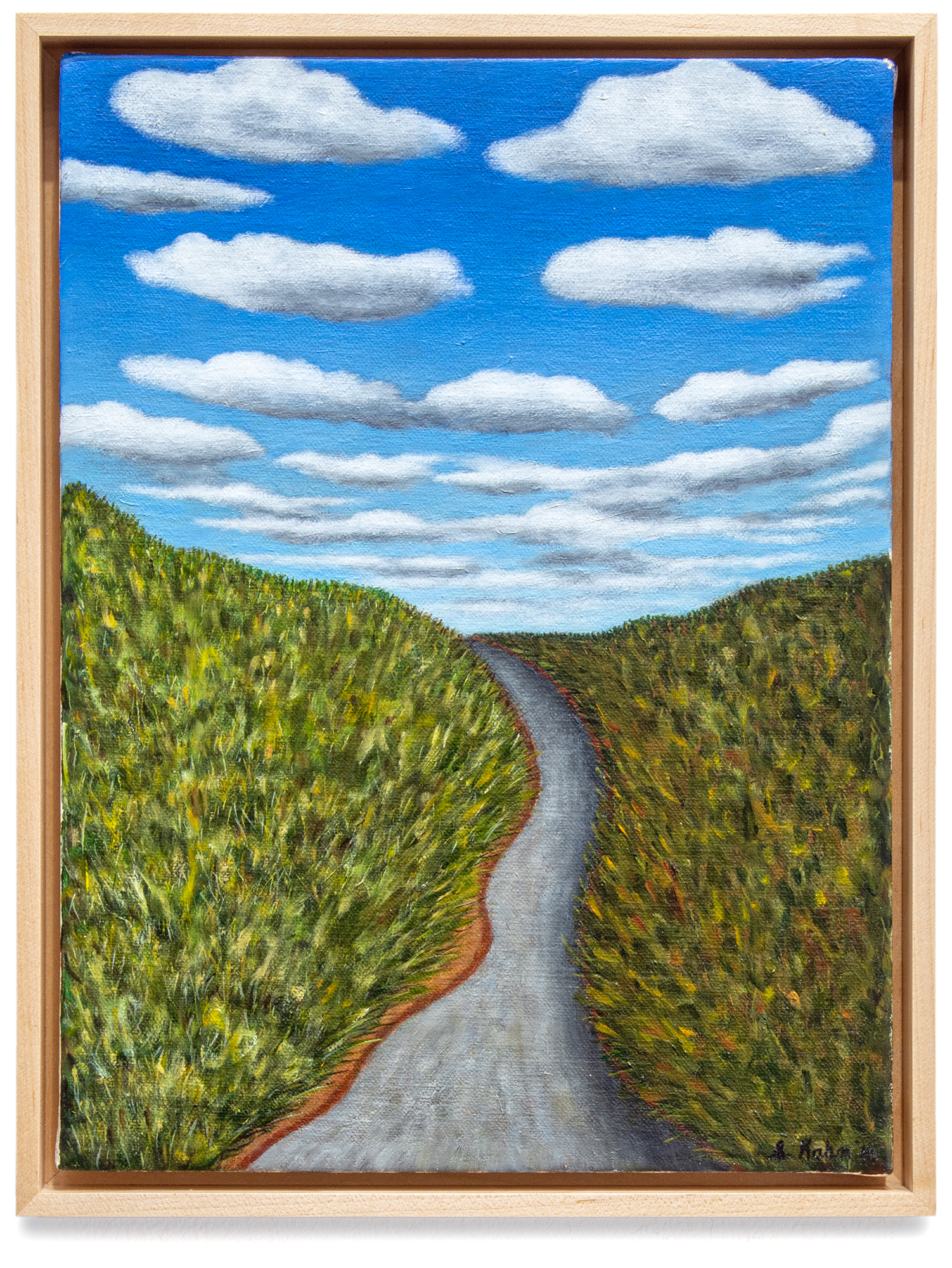 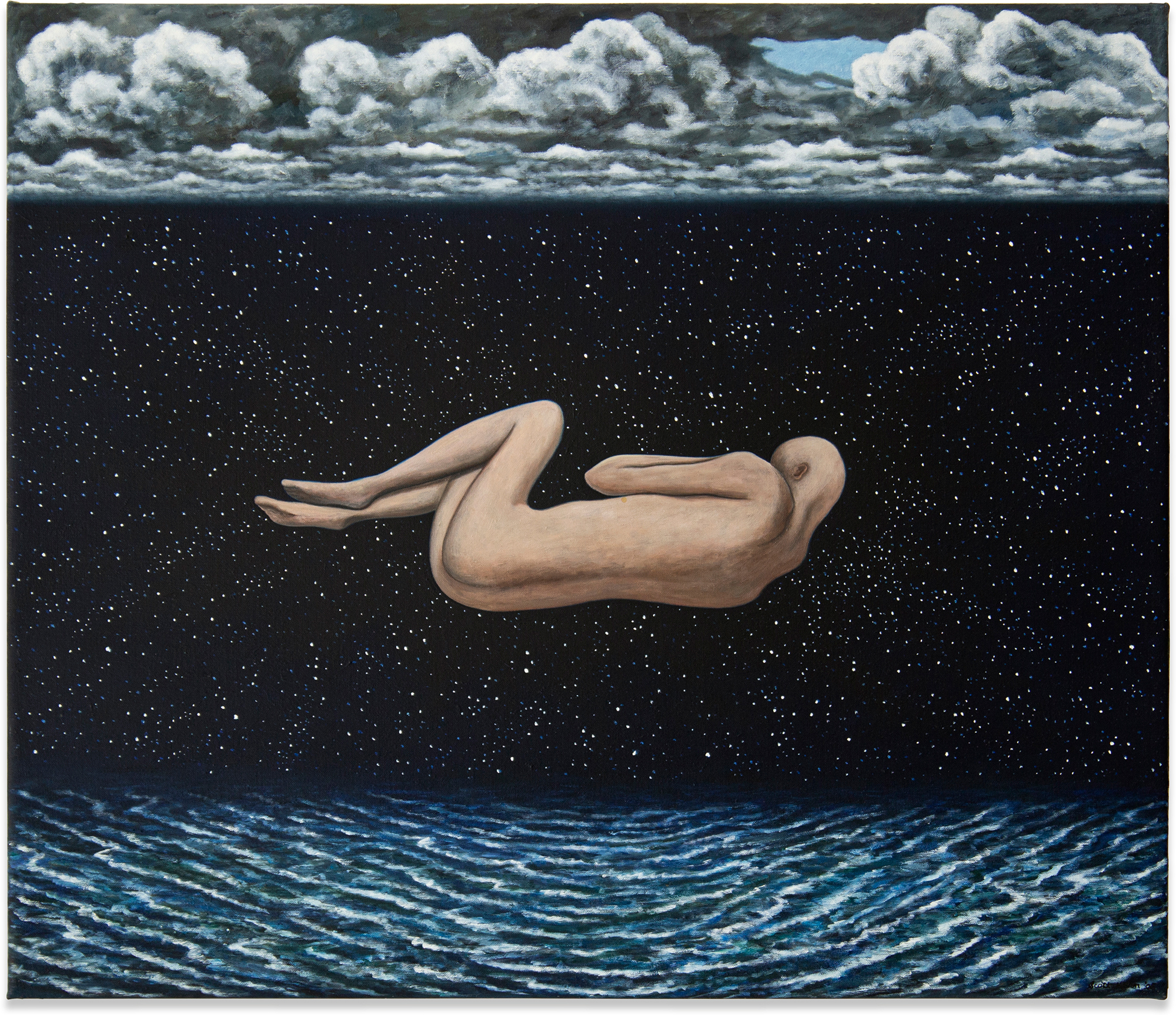 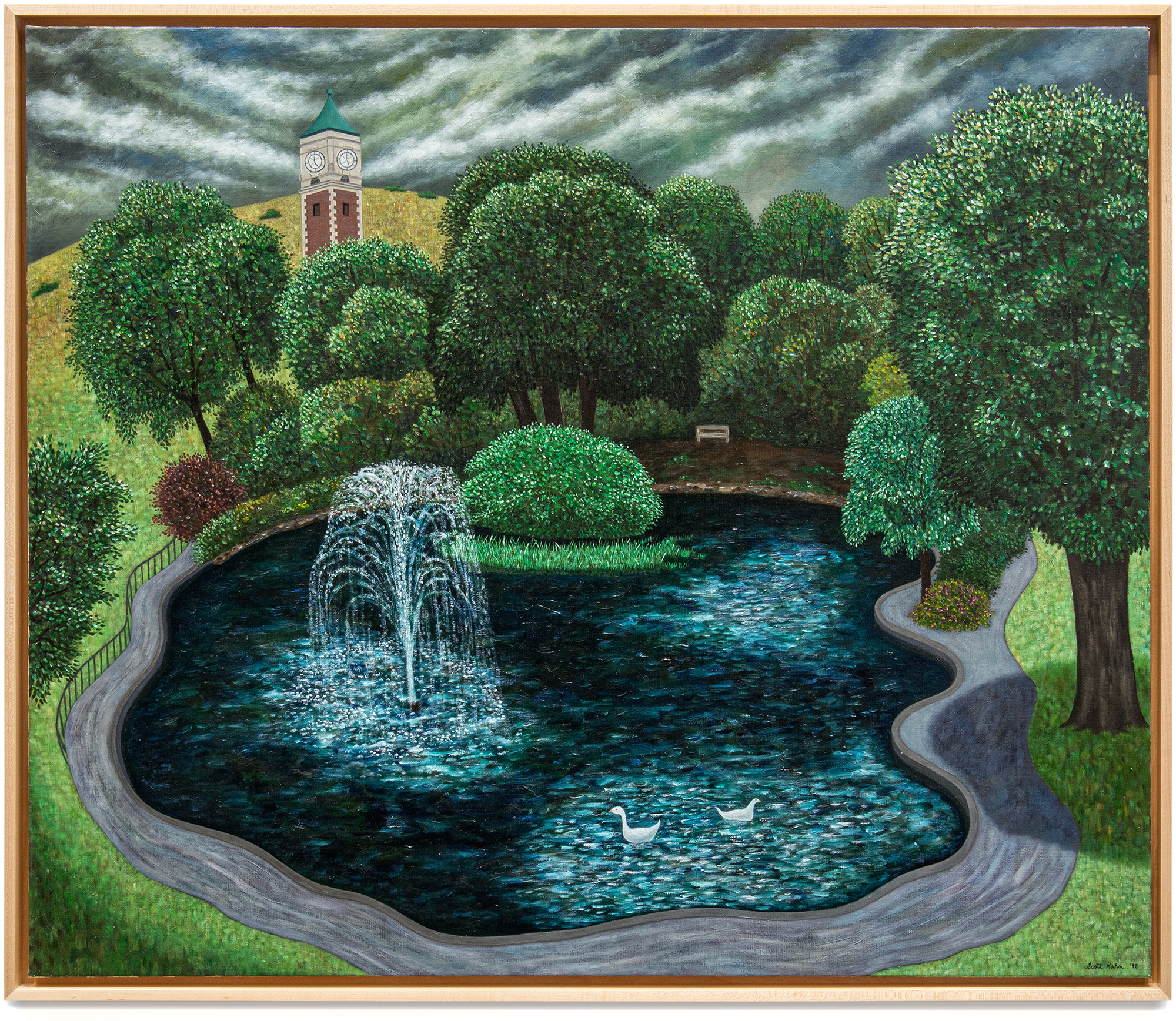 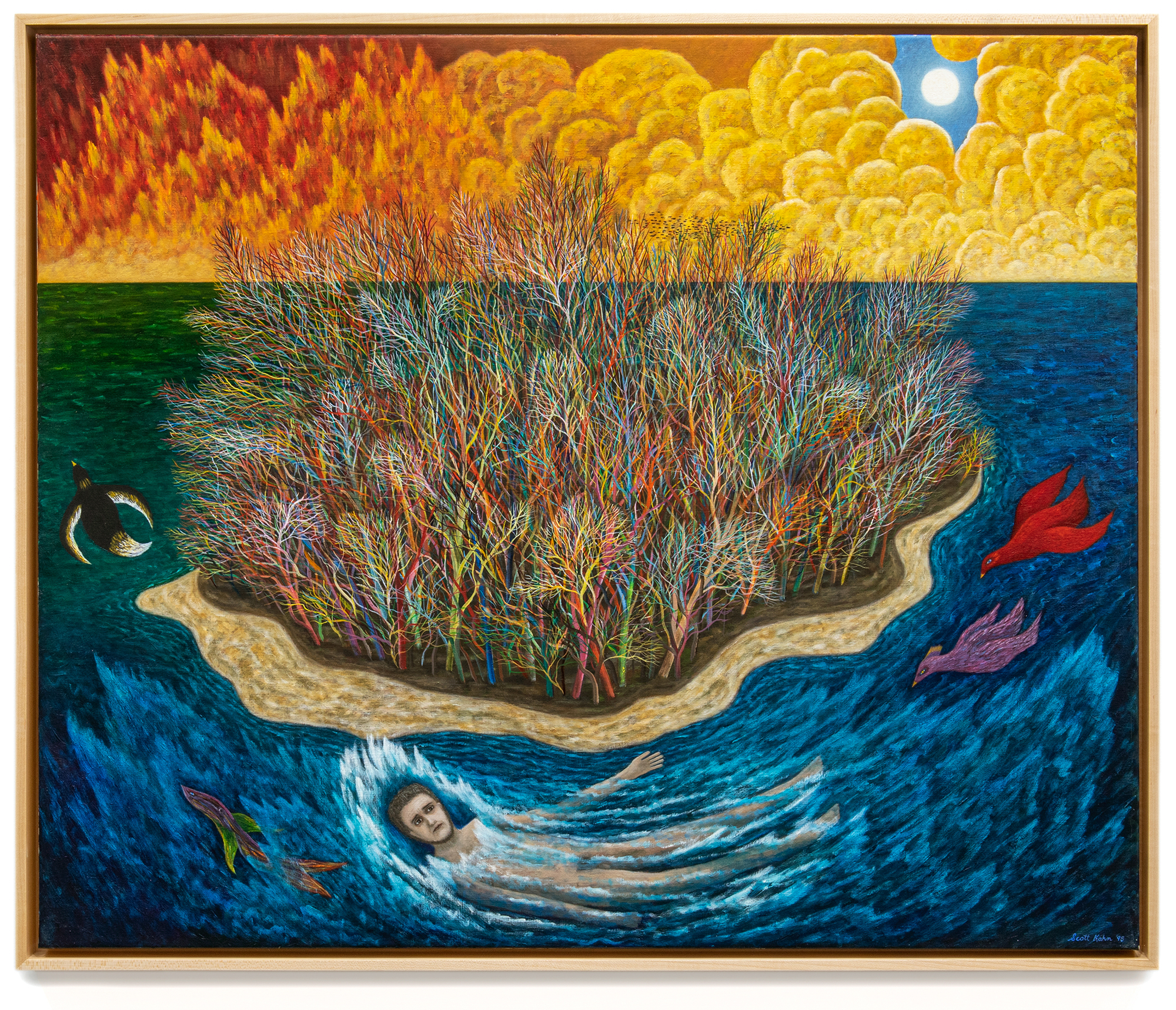 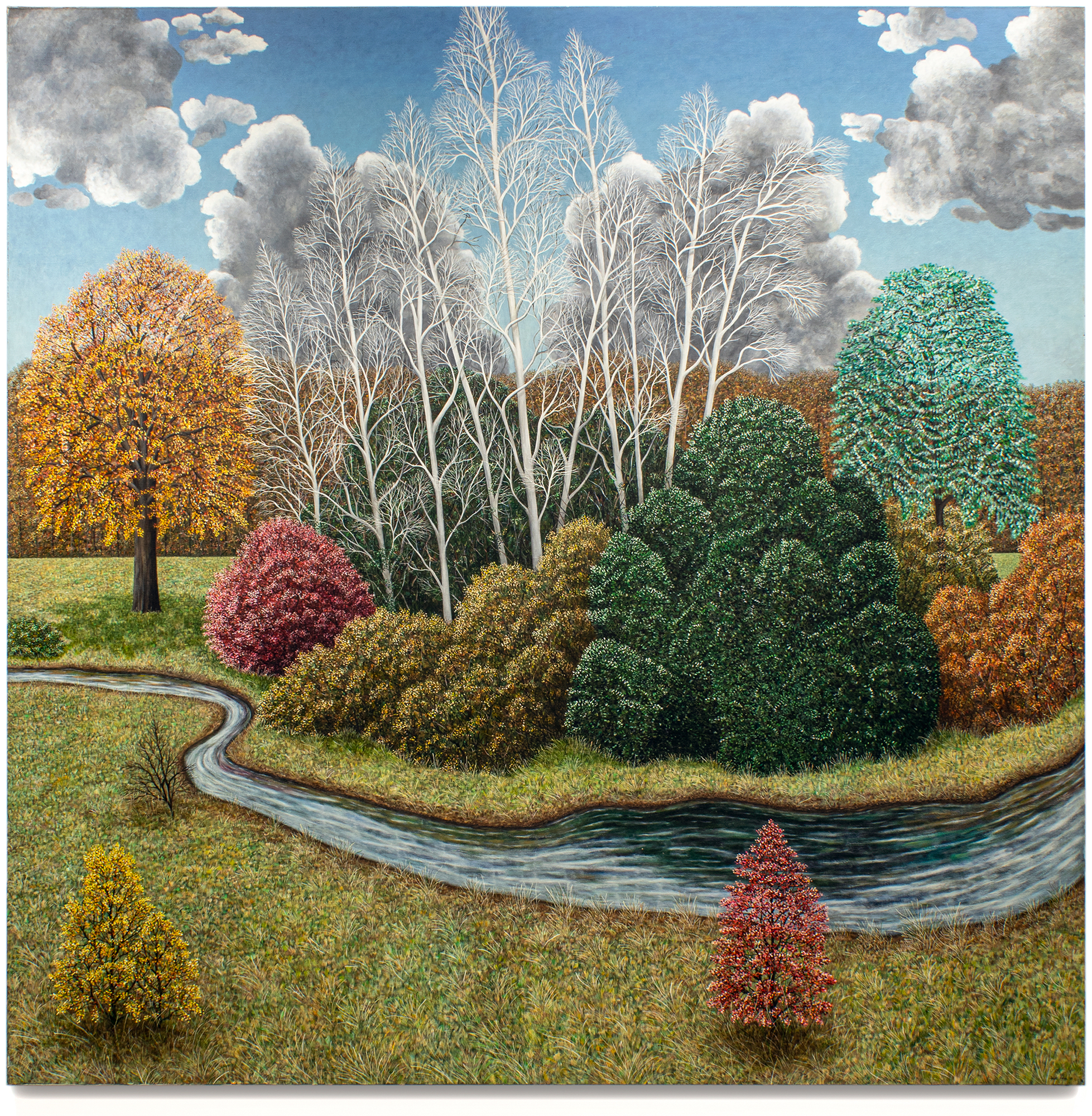 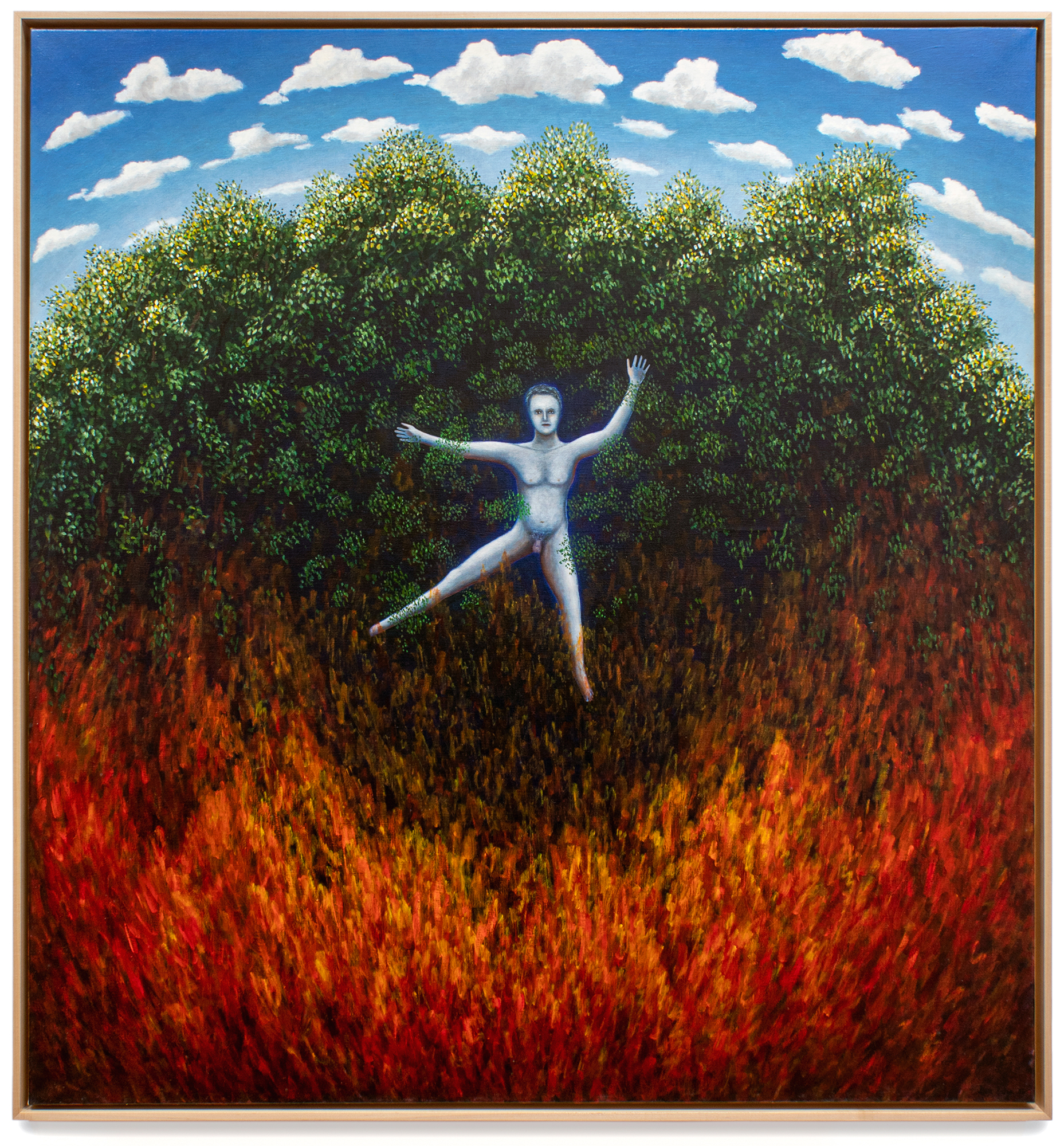 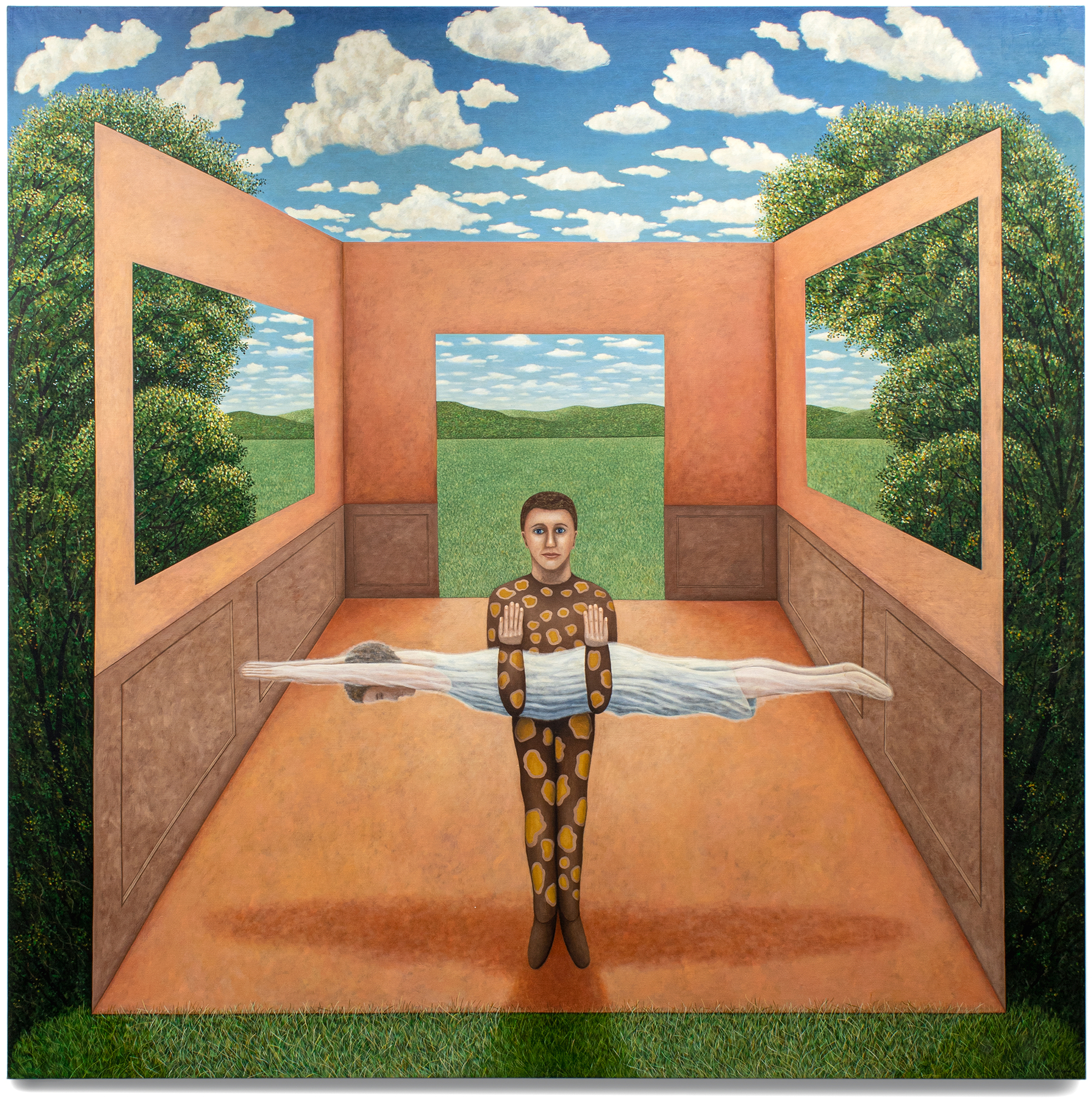 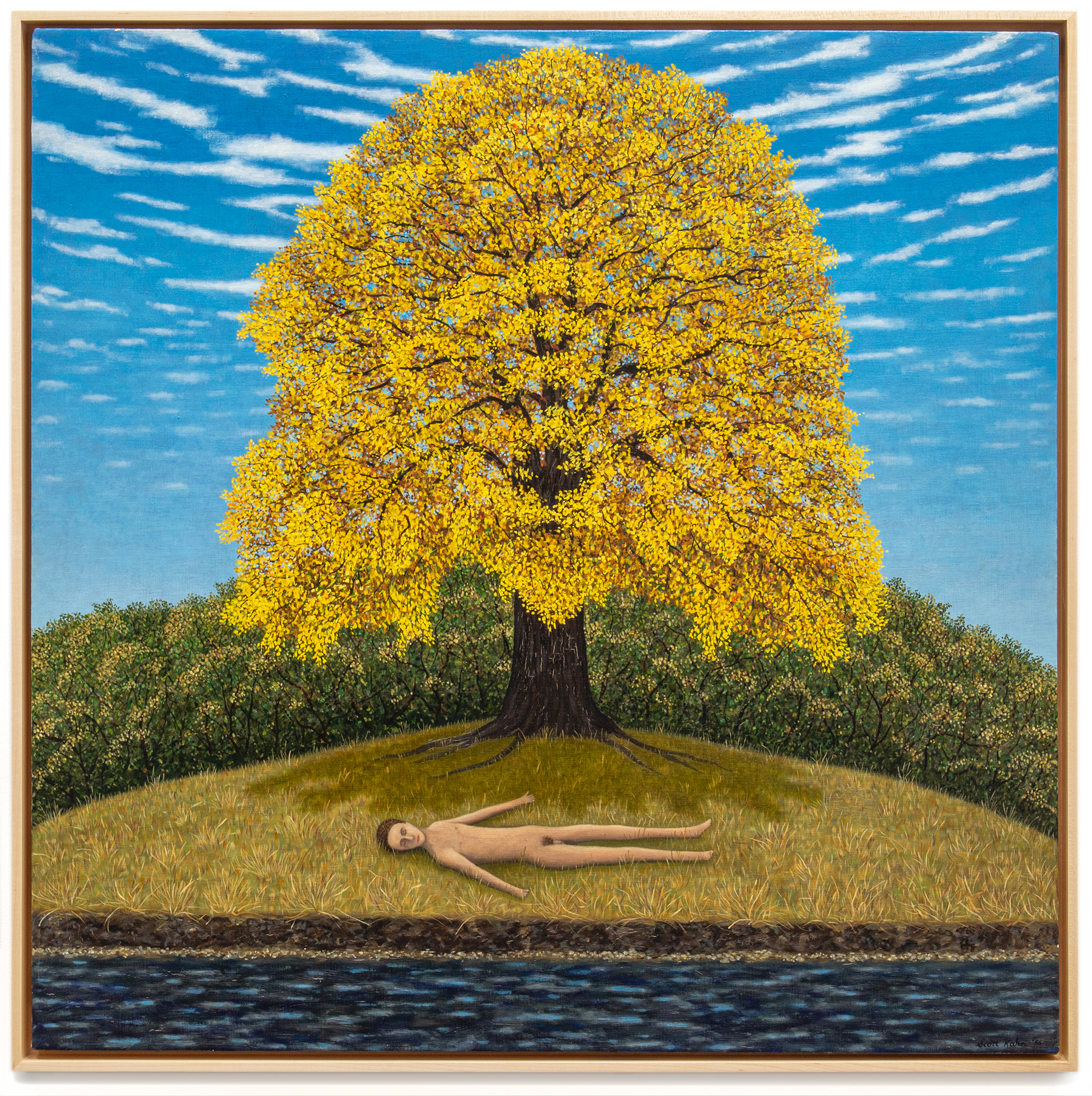 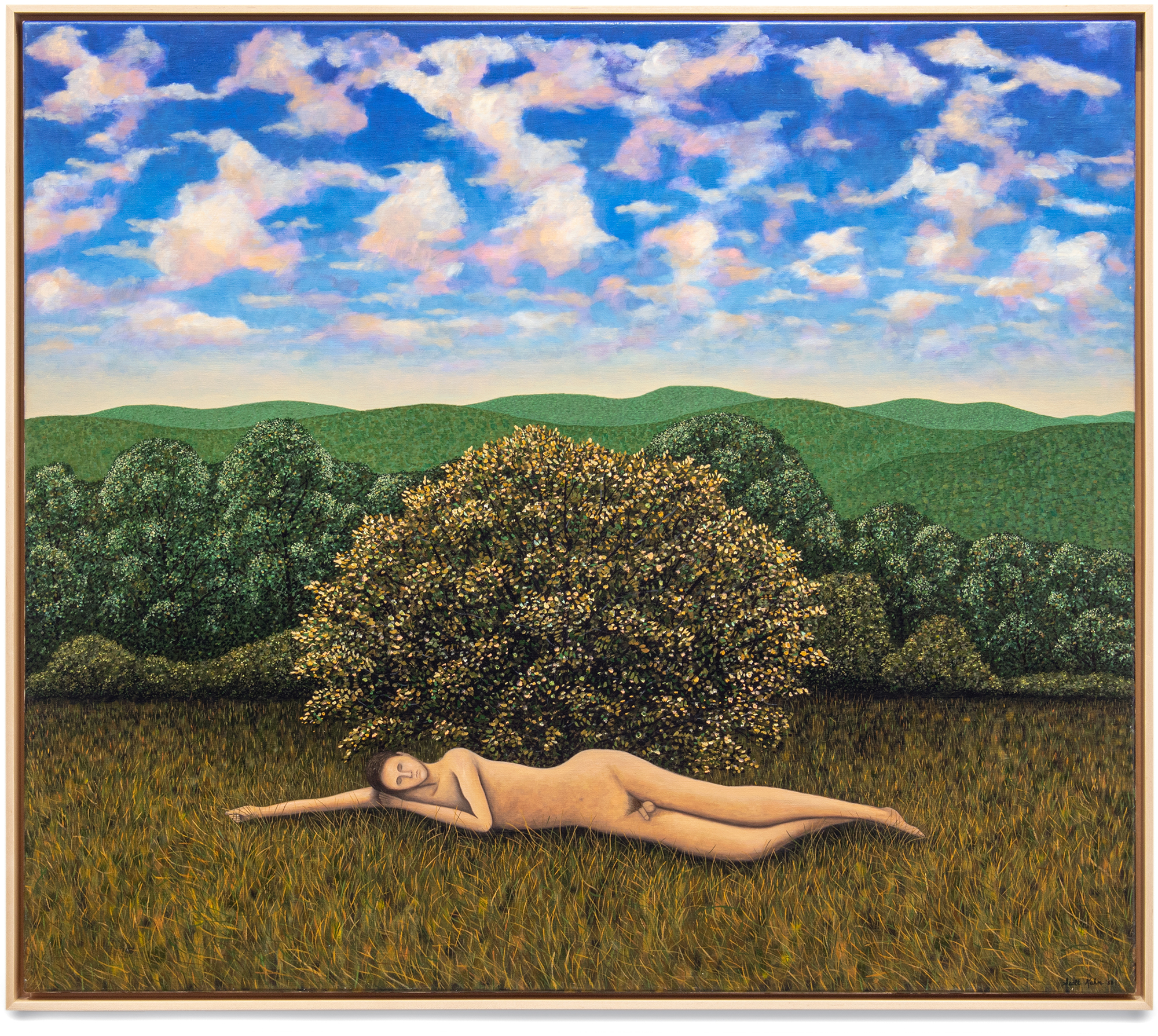 Harper’s is pleased to present Afternoon of a Faun, concurrent solo exhibitions of historic and new paintings by Scott Kahn at the gallery’s two New York City locations: Harper’s Chelsea, 534 West 22nd Street, and Harper’s Apartment, 51 East 74th Street. In tandem with these shows, ATM Gallery, 54 Henry Street, will host a selection of portraits produced by Kahn over the last several decades. Together, the three exhibitions will be the most comprehensive presentation of Kahn’s oeuvre to date, providing the public a broad overview of his unique approach to combining naturalistic painting with surrealist iconography.

Afternoon of a Faun takes its name from Kahn’s 1986 painting of the same title, which depicts a forward-facing figure in a hazel-toned unitard holding a companion in white lace, horizontally outstretched and enshrouded in a faint, milky aura. The two pose atop a curious open-air platform on a serene summer day. At once ghostly and tranquil, Afternoon of a Faun sets a surreal tone that permeates throughout the selection of fourteen paintings included in the exhibitions. Kahn seamlessly blends interior and exterior worlds to create intricately detailed dreamscapes, giving shape to the elusive character of the subconscious through natural forms. In contrast to the enigmatic vignettes conjured by emotions, memories, and fleeting impressions, all elements in his scenes are executed with fastidious precision; each blade of grass, star in the sky, and ripple in the sea is tidily rendered, suggesting a sensuous lucidity to these otherworldly realms.

When figures are included in Kahn’s paintings, rest and meditation are recurring themes that further play into his hypnagogic worlds. Often nude and in repose, as in Asleep, or in introspective isolation, as in Limbo, his tender figures appear to be subsumed by the environment surrounding them. Even with Kahn’s landscape paintings, nature engulfs every human-made structure. In Sunset from the Attic and Dusk, sinuous tree branches overrun the picture plane while architectural facades are swallowed by viridescent foliage, leaving illuminated windows peering from the dense web. Kahn’s symbolic language and meticulous brushwork accentuate the porous threshold between fantasy and reality, inviting the audience to suspend such distinctions themselves.