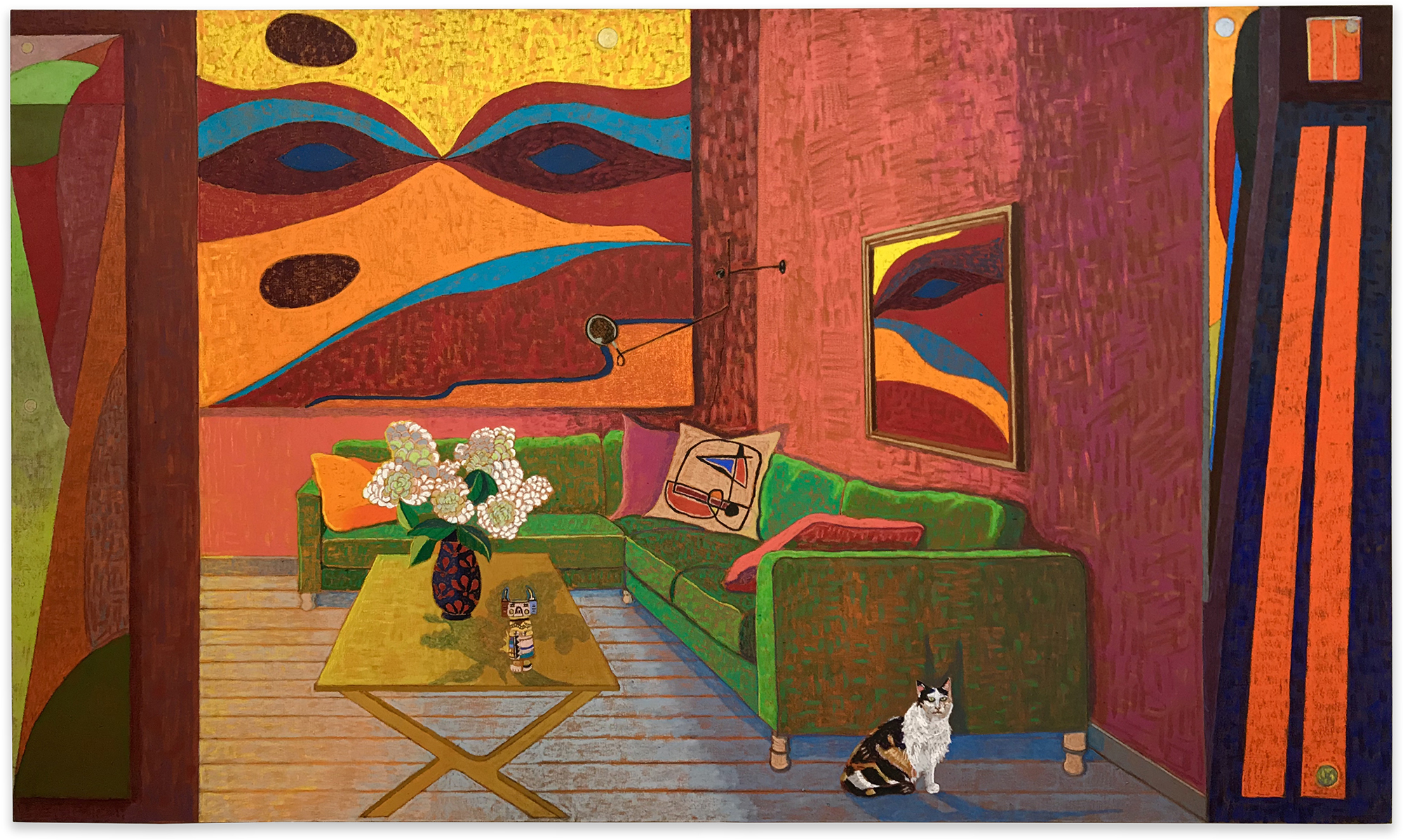 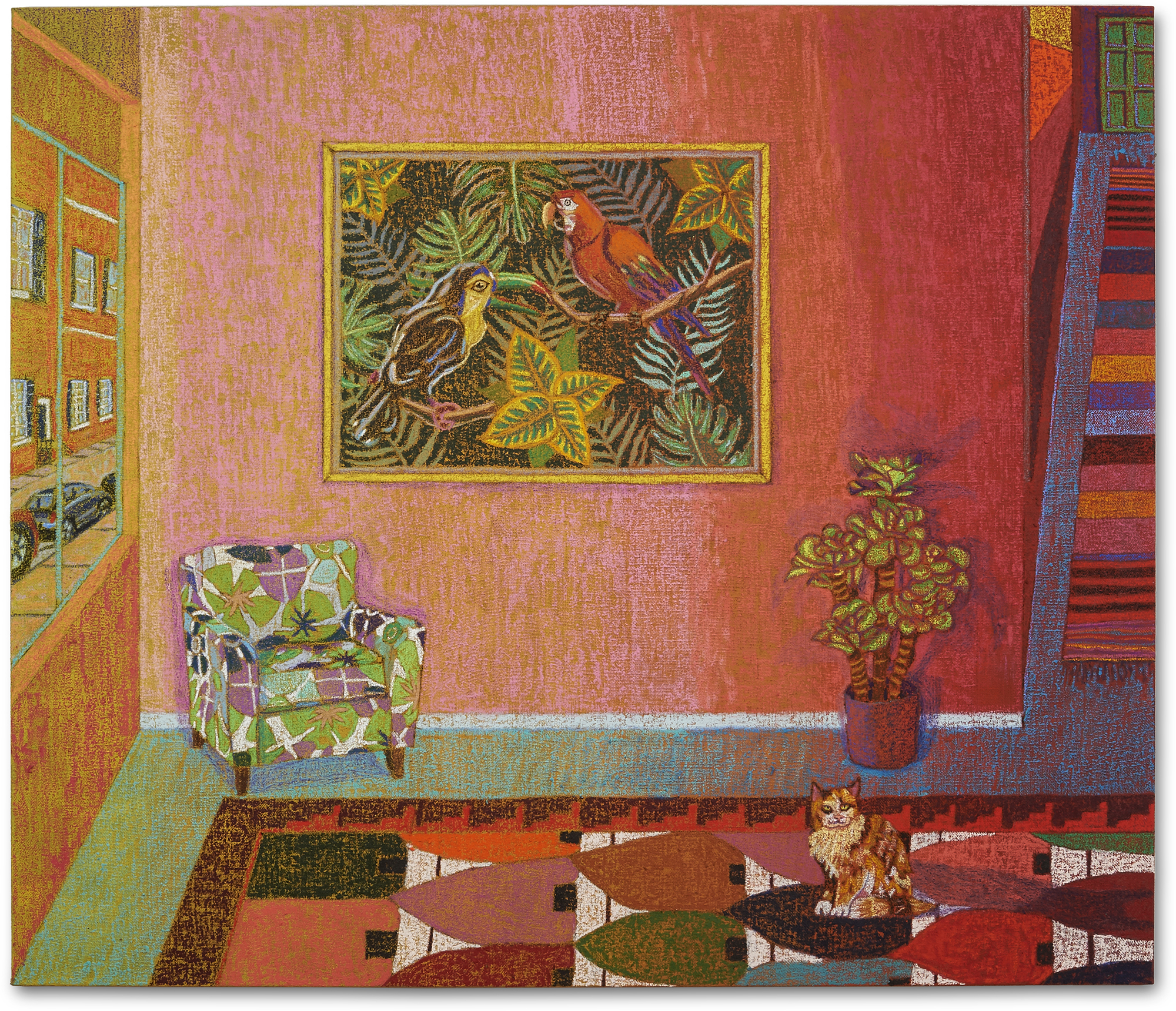 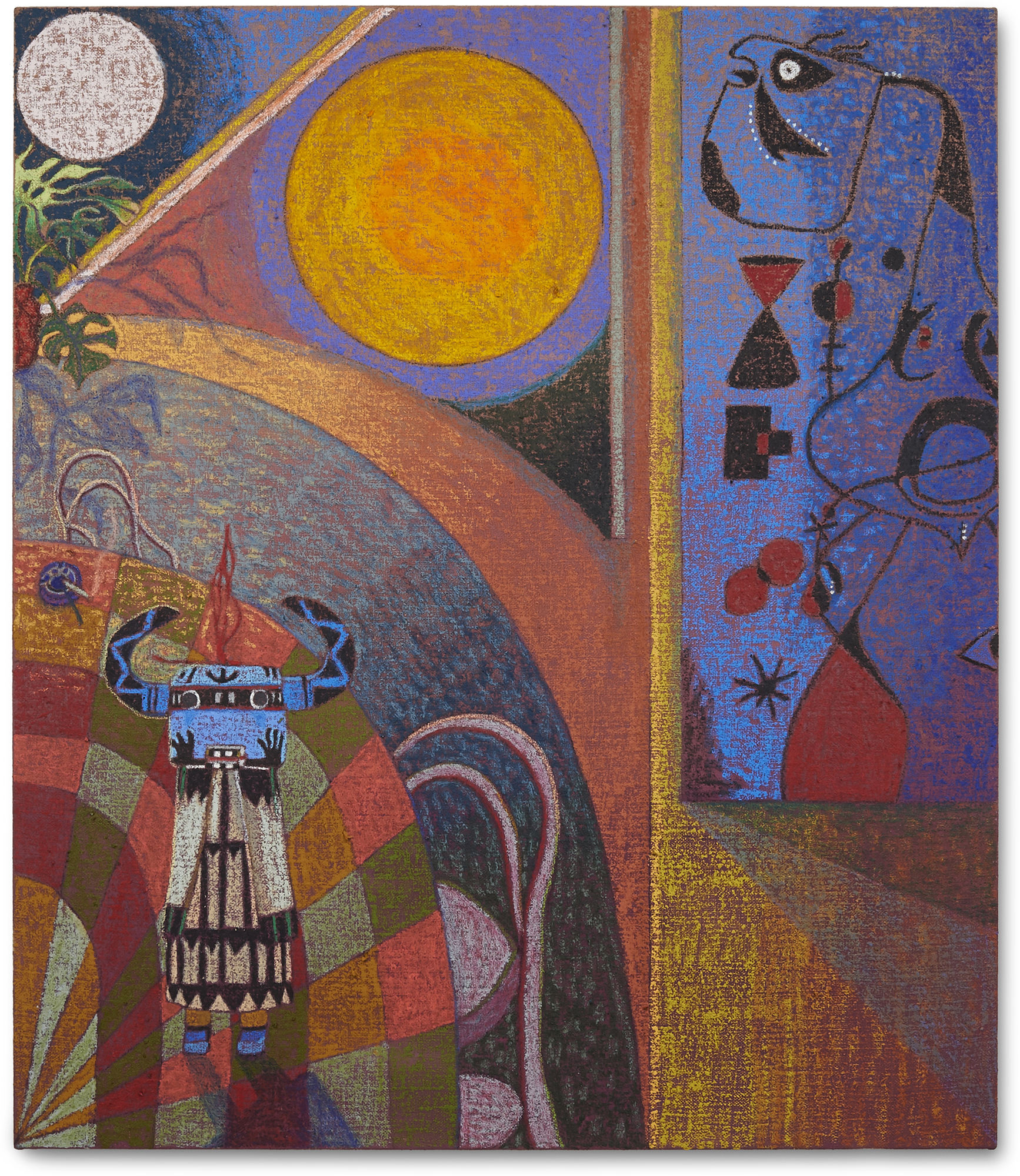 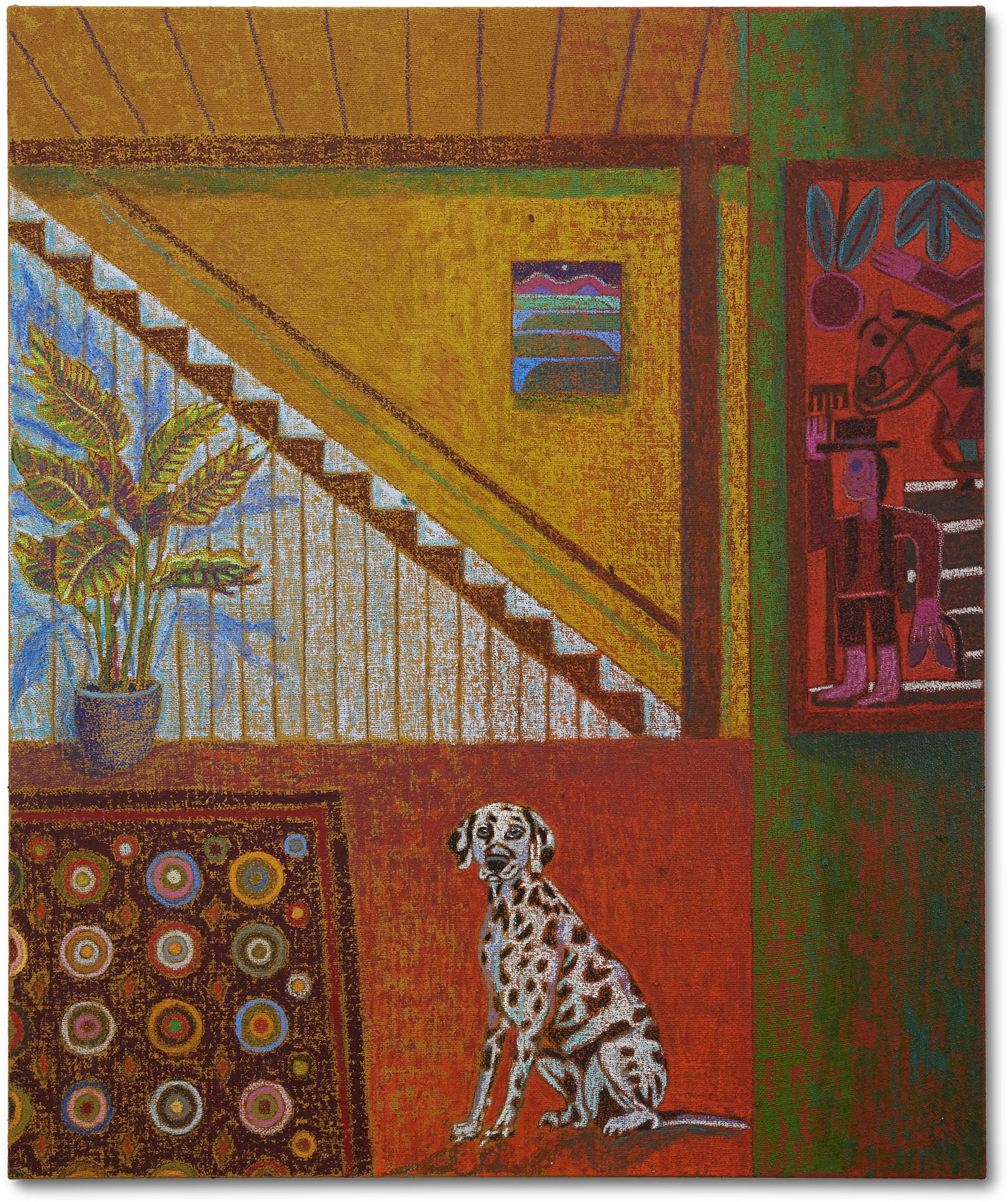 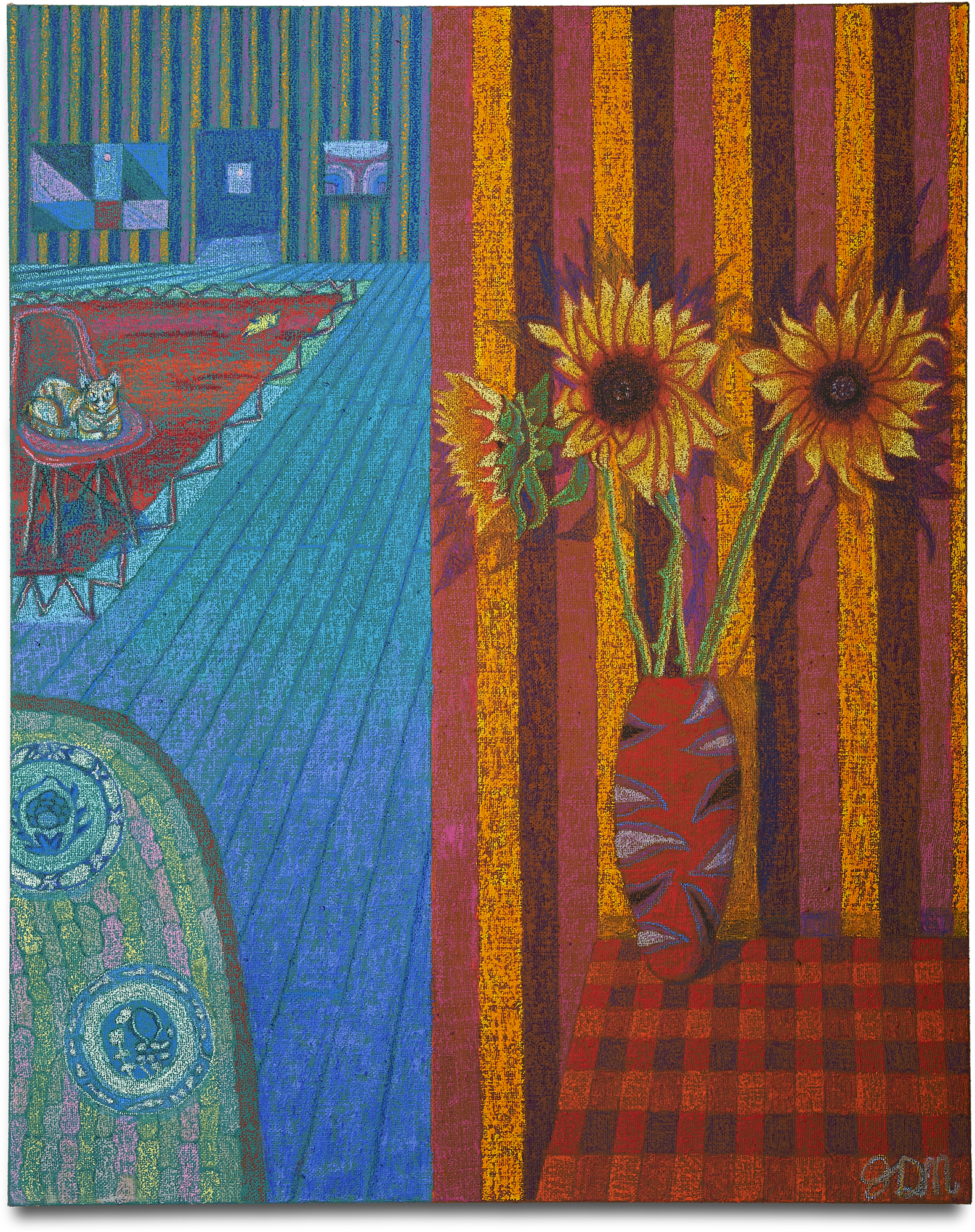 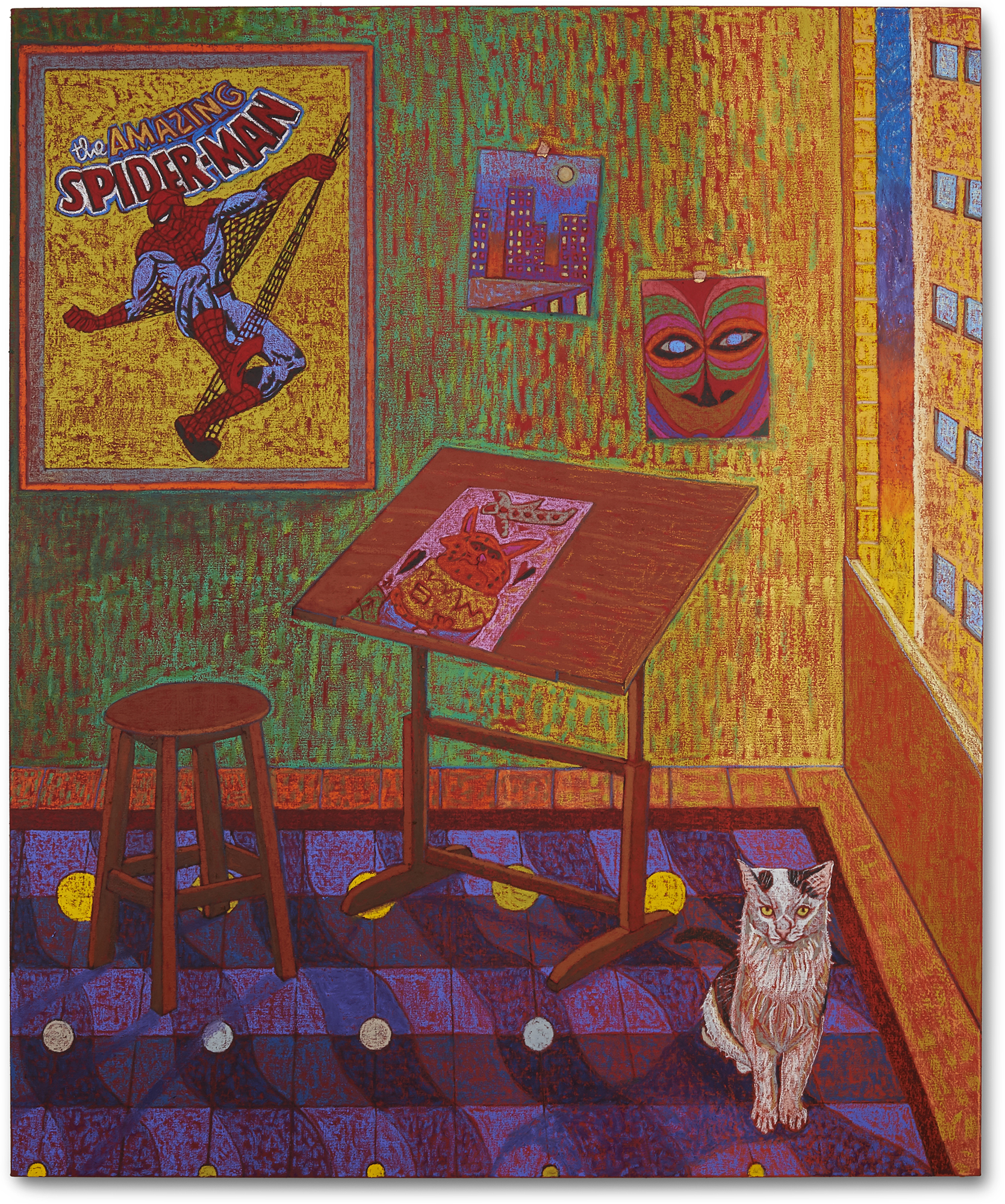 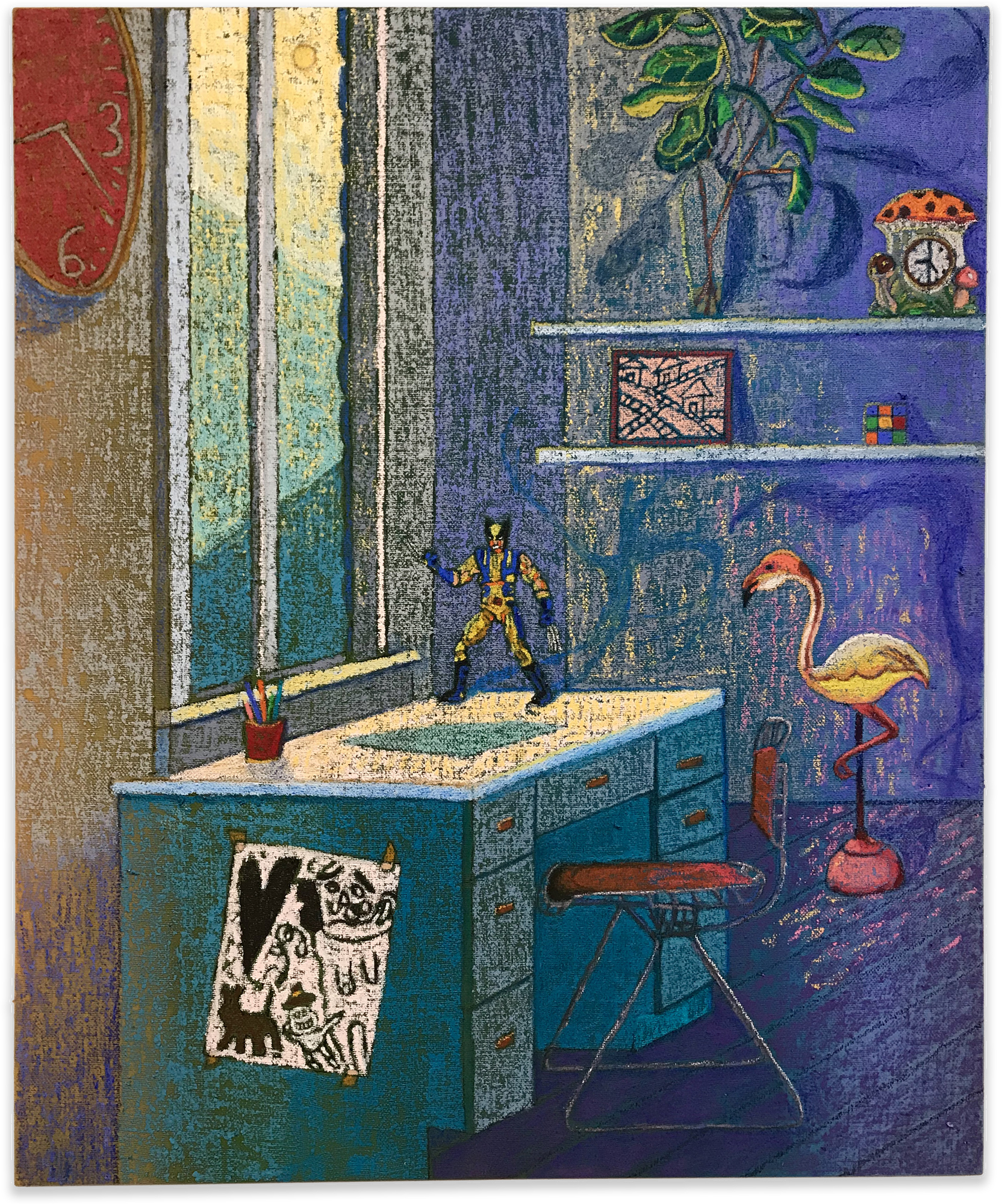 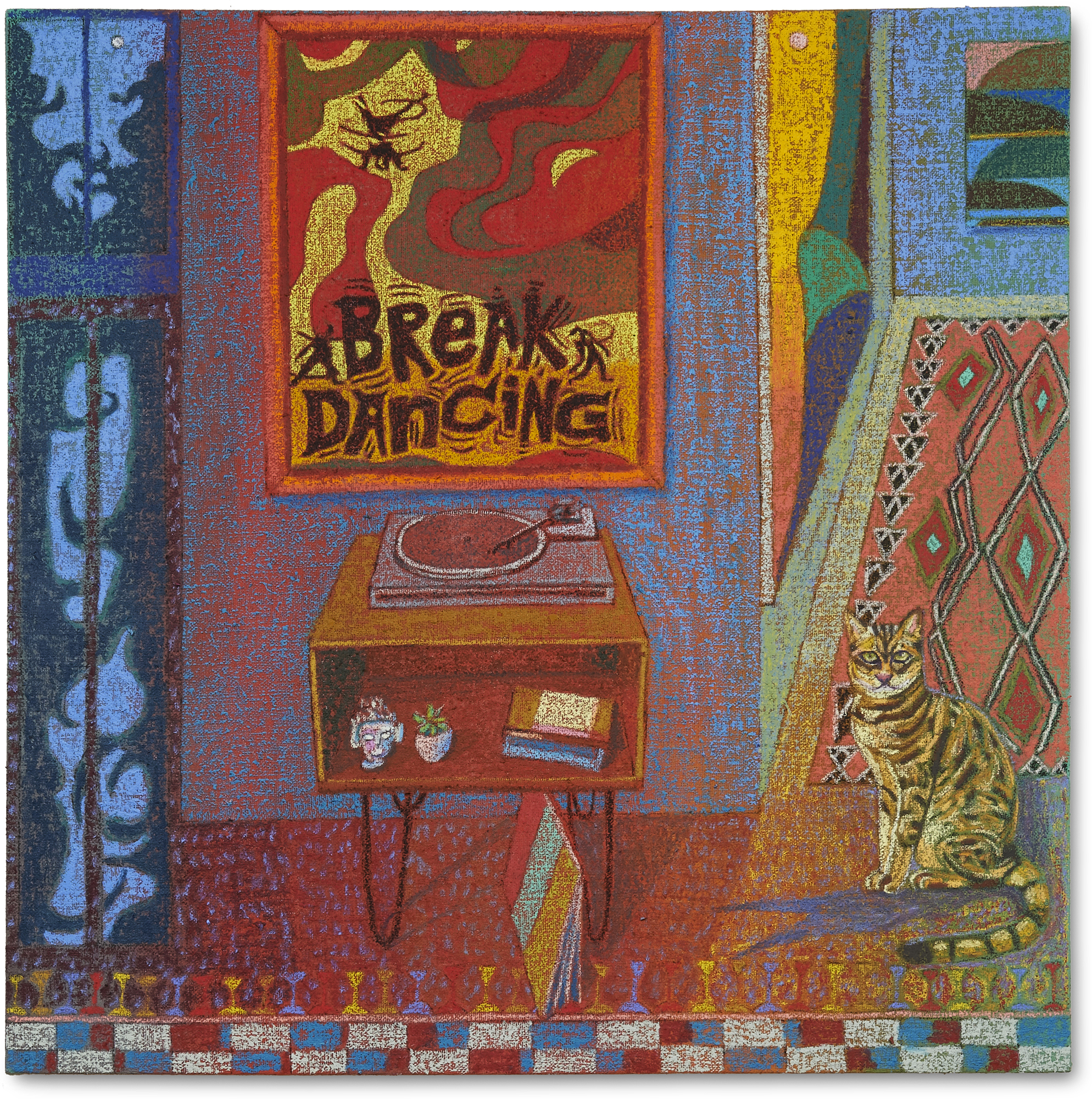 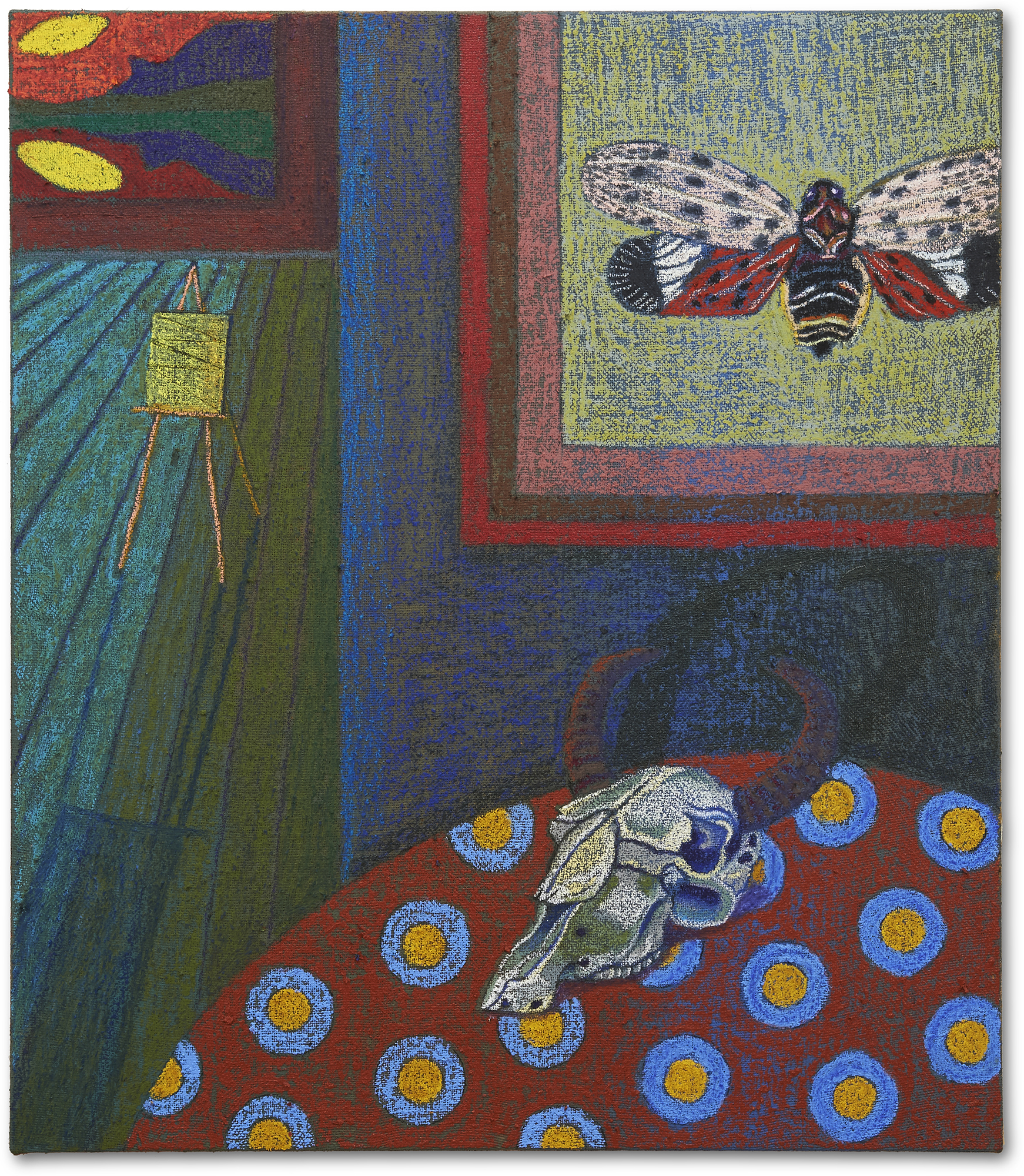 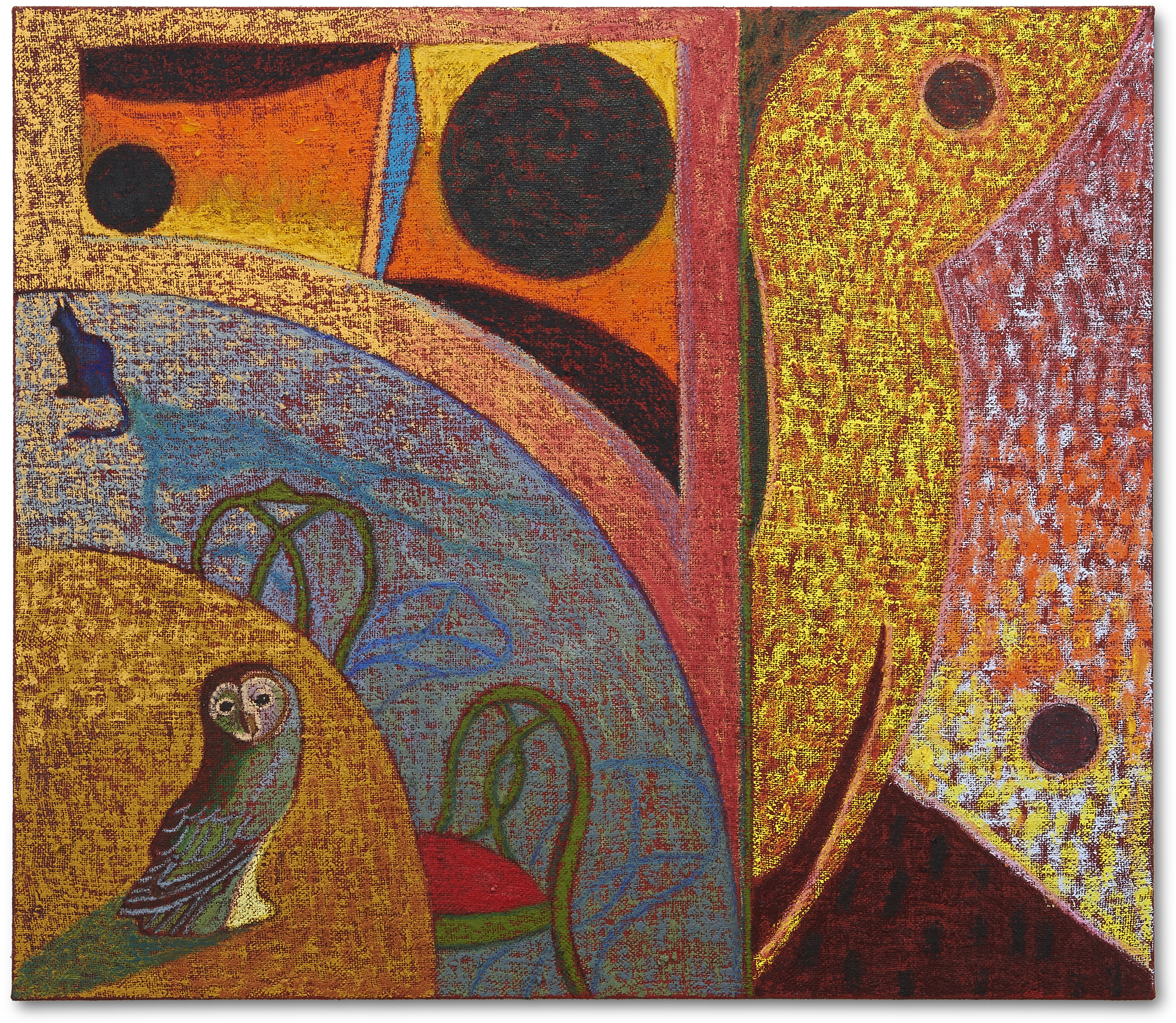 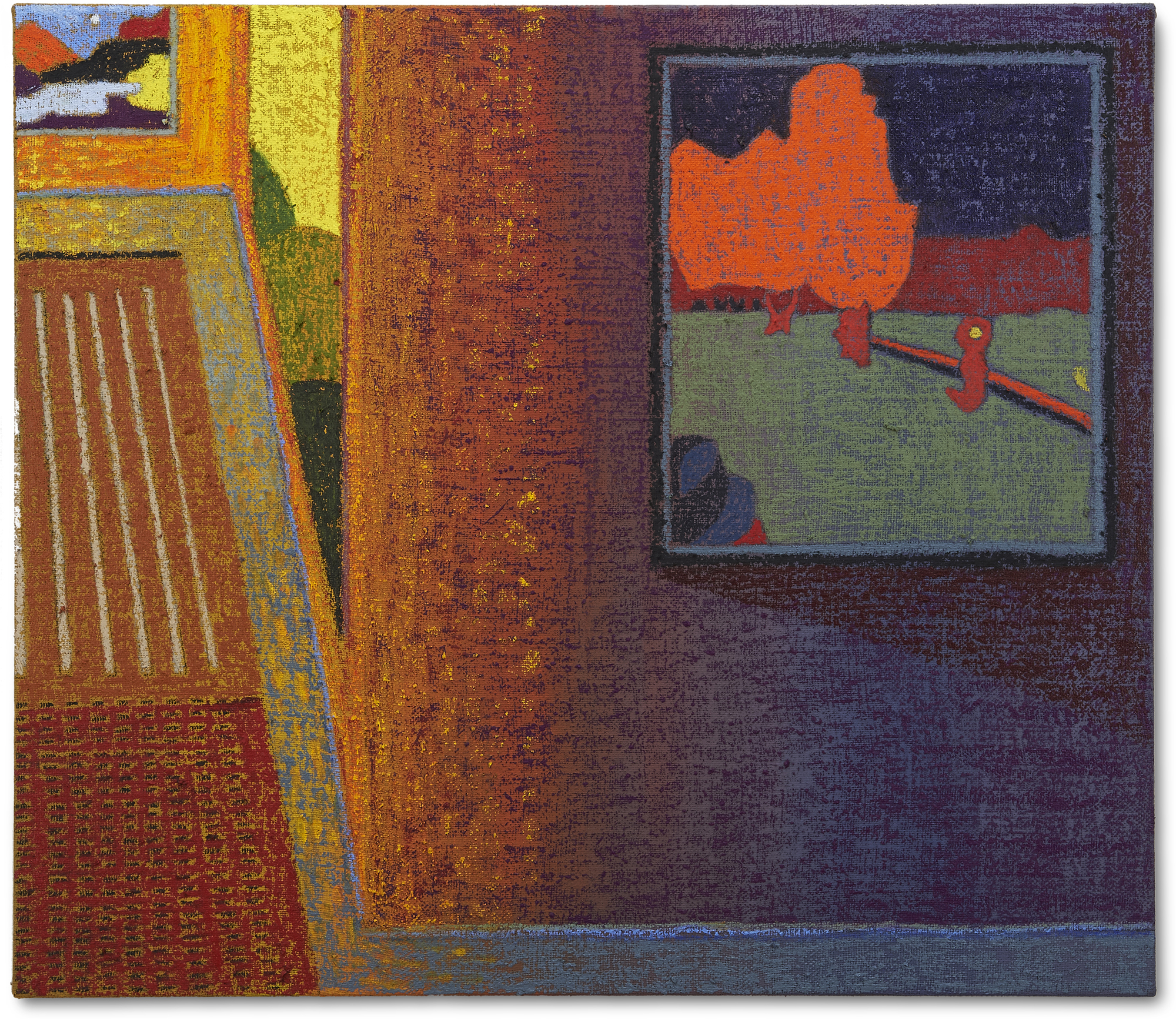 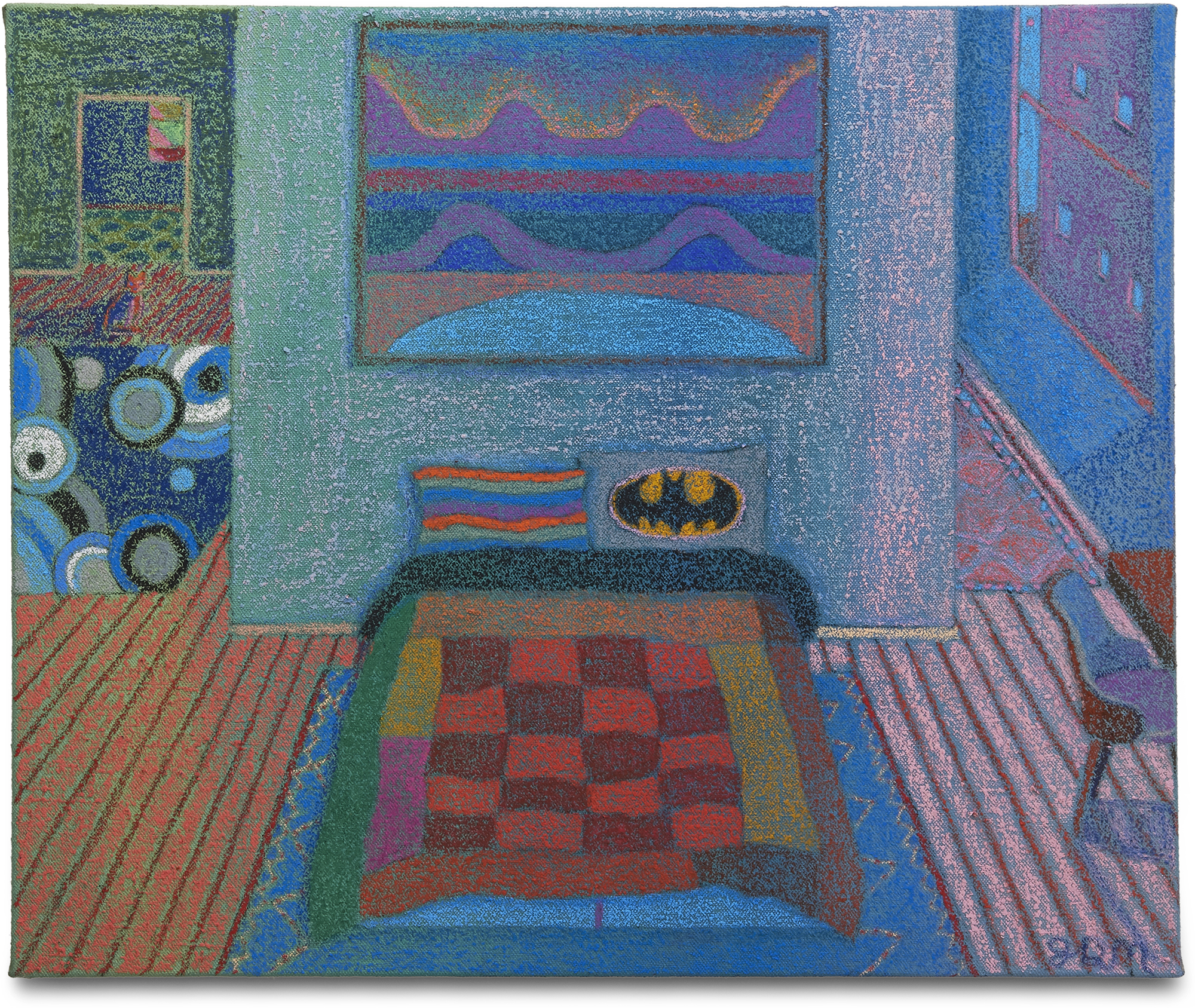 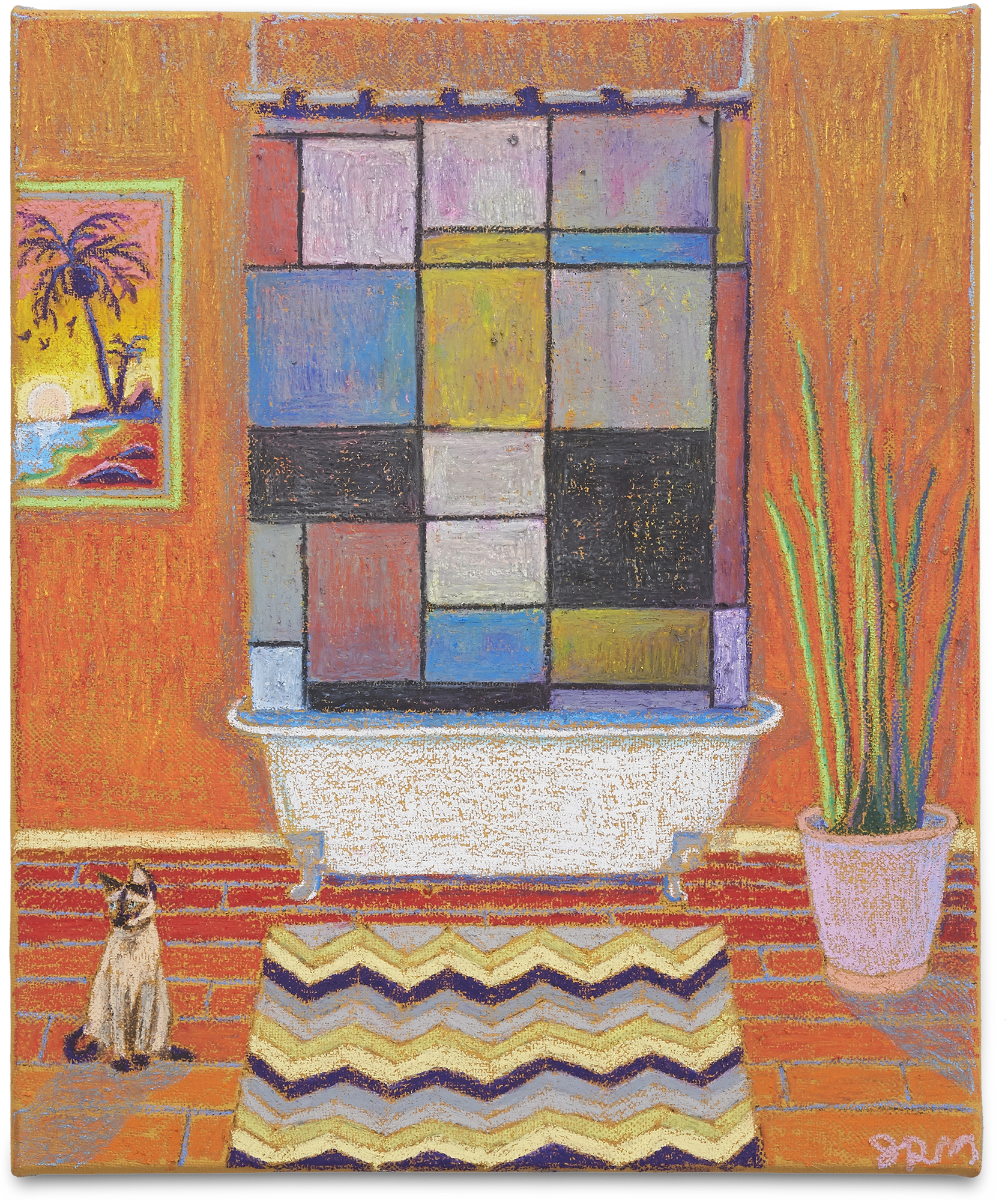 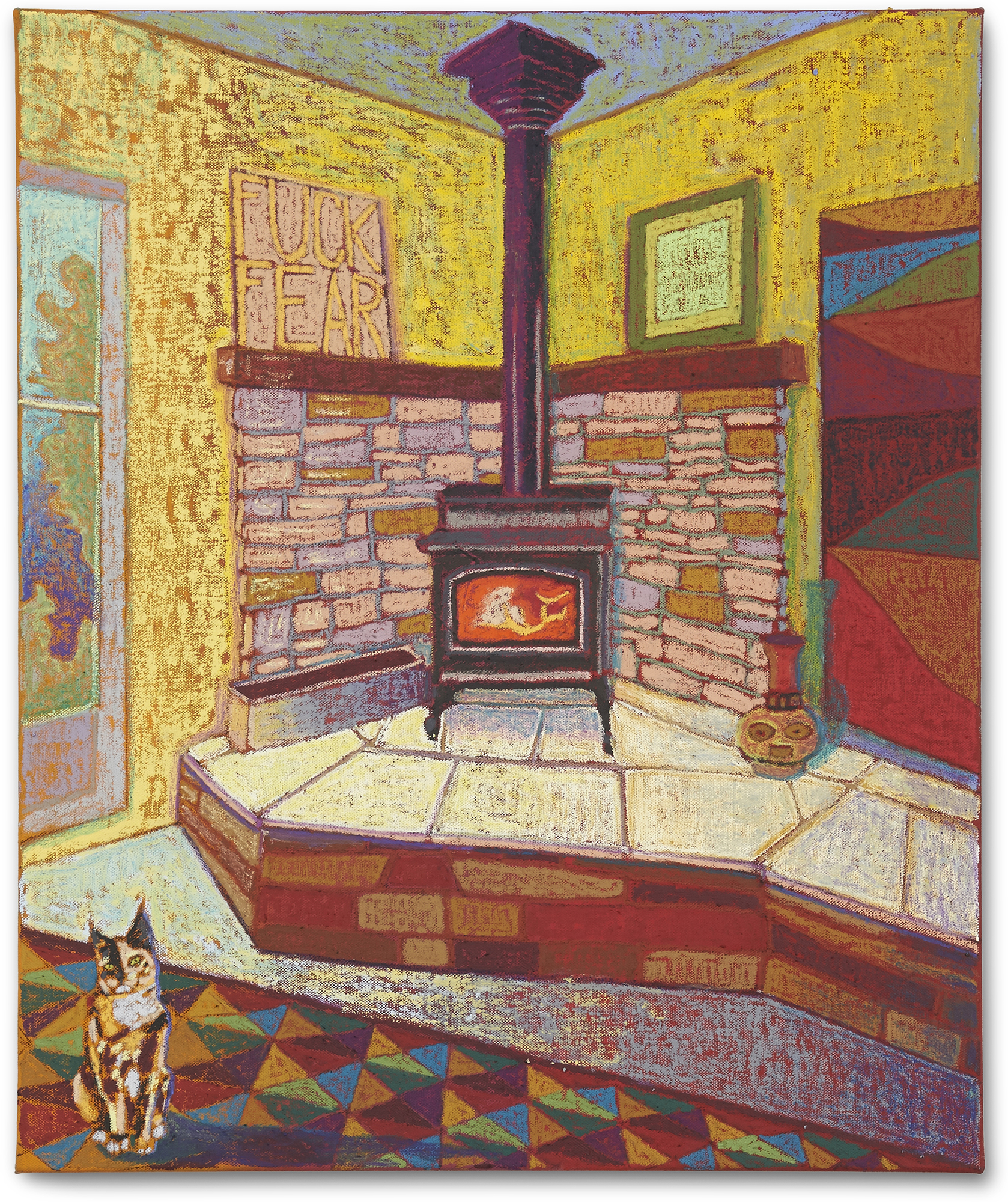 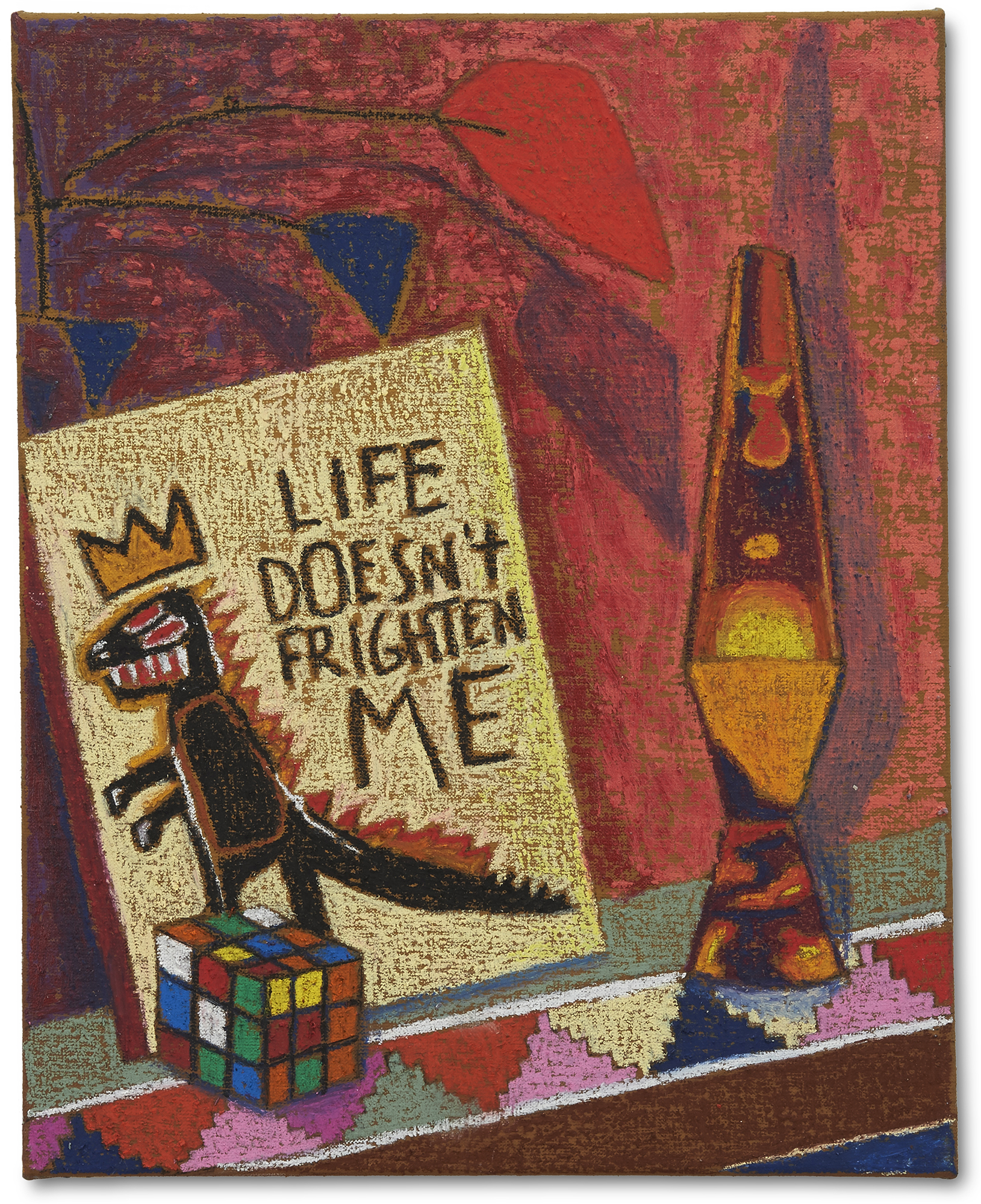 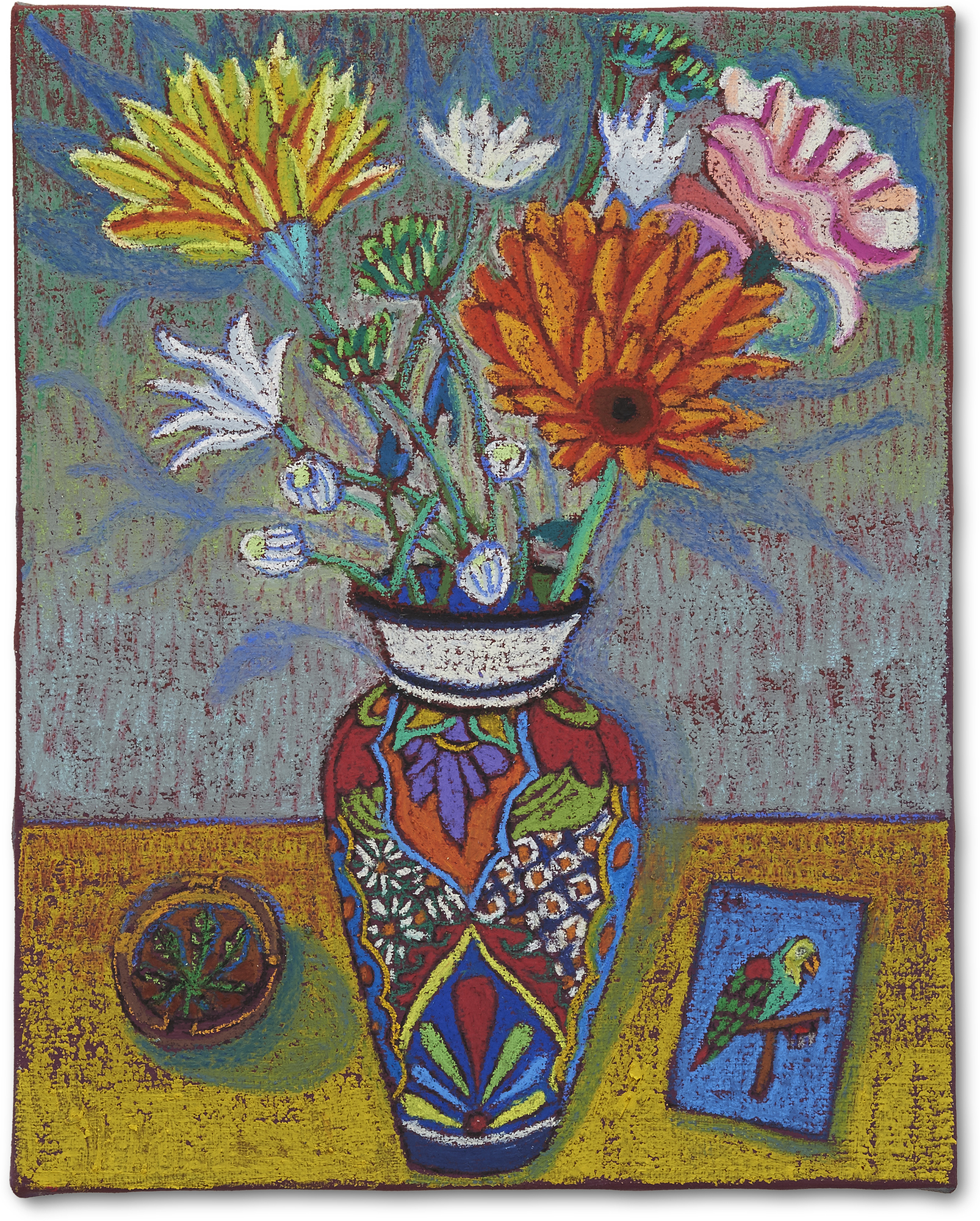 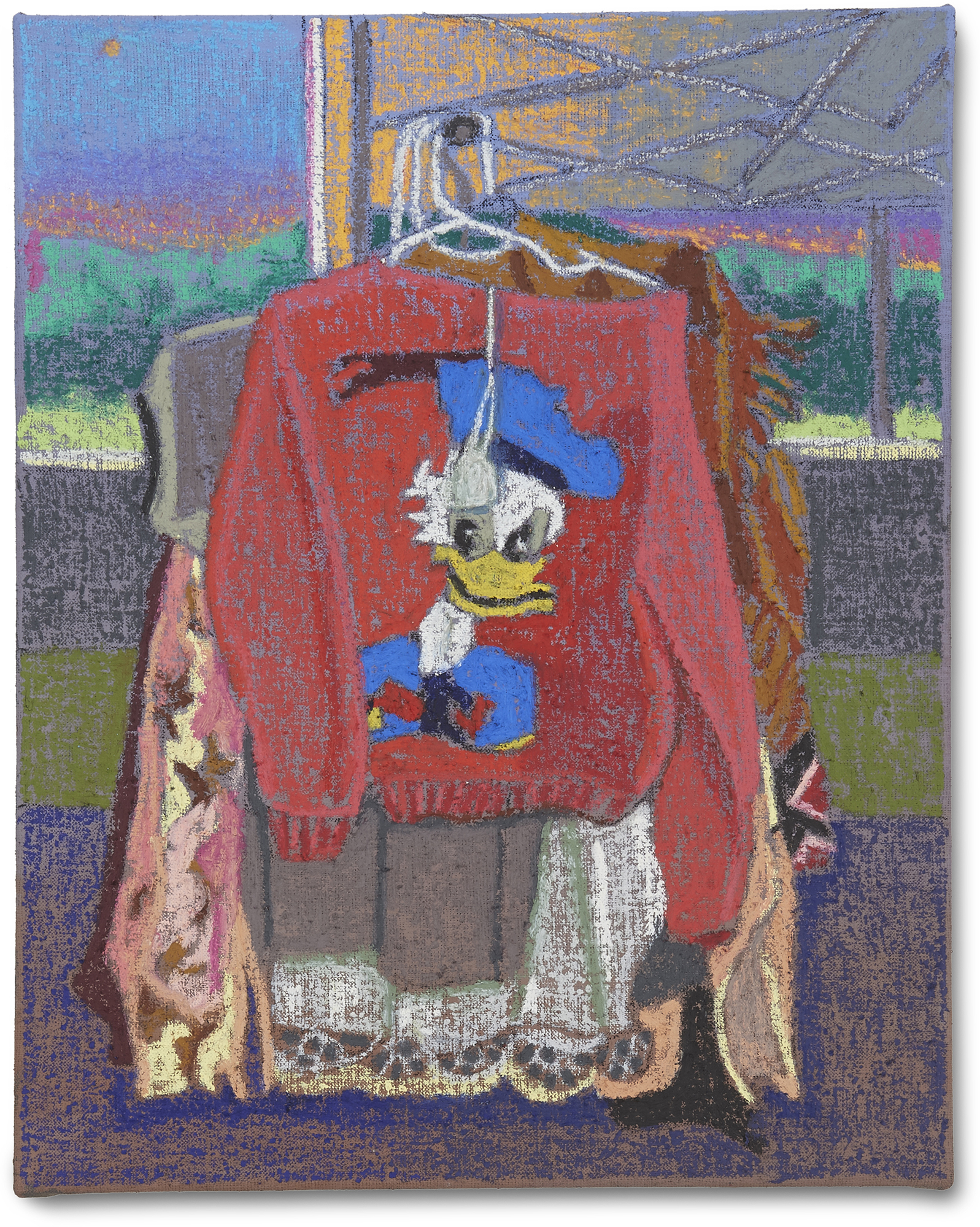 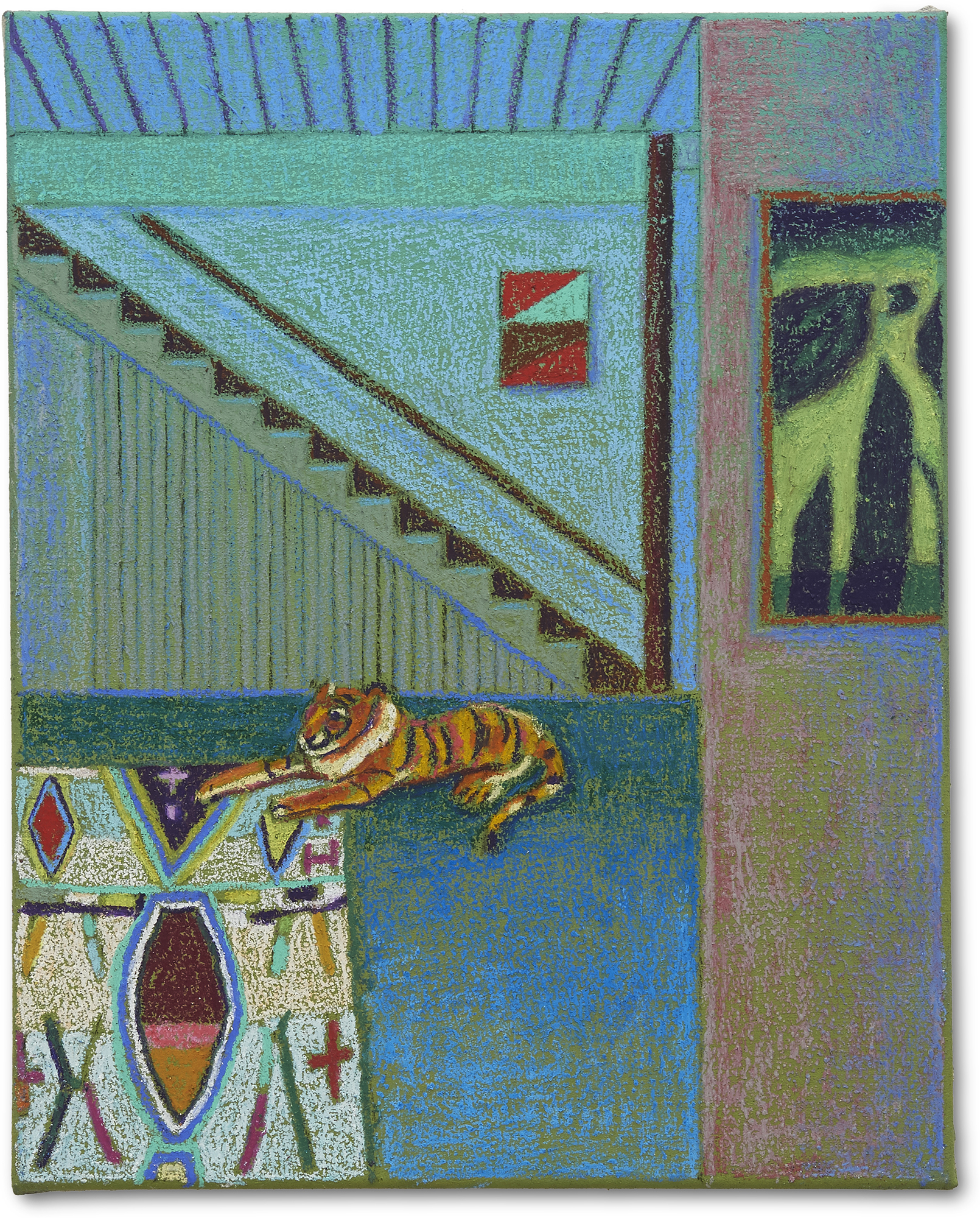 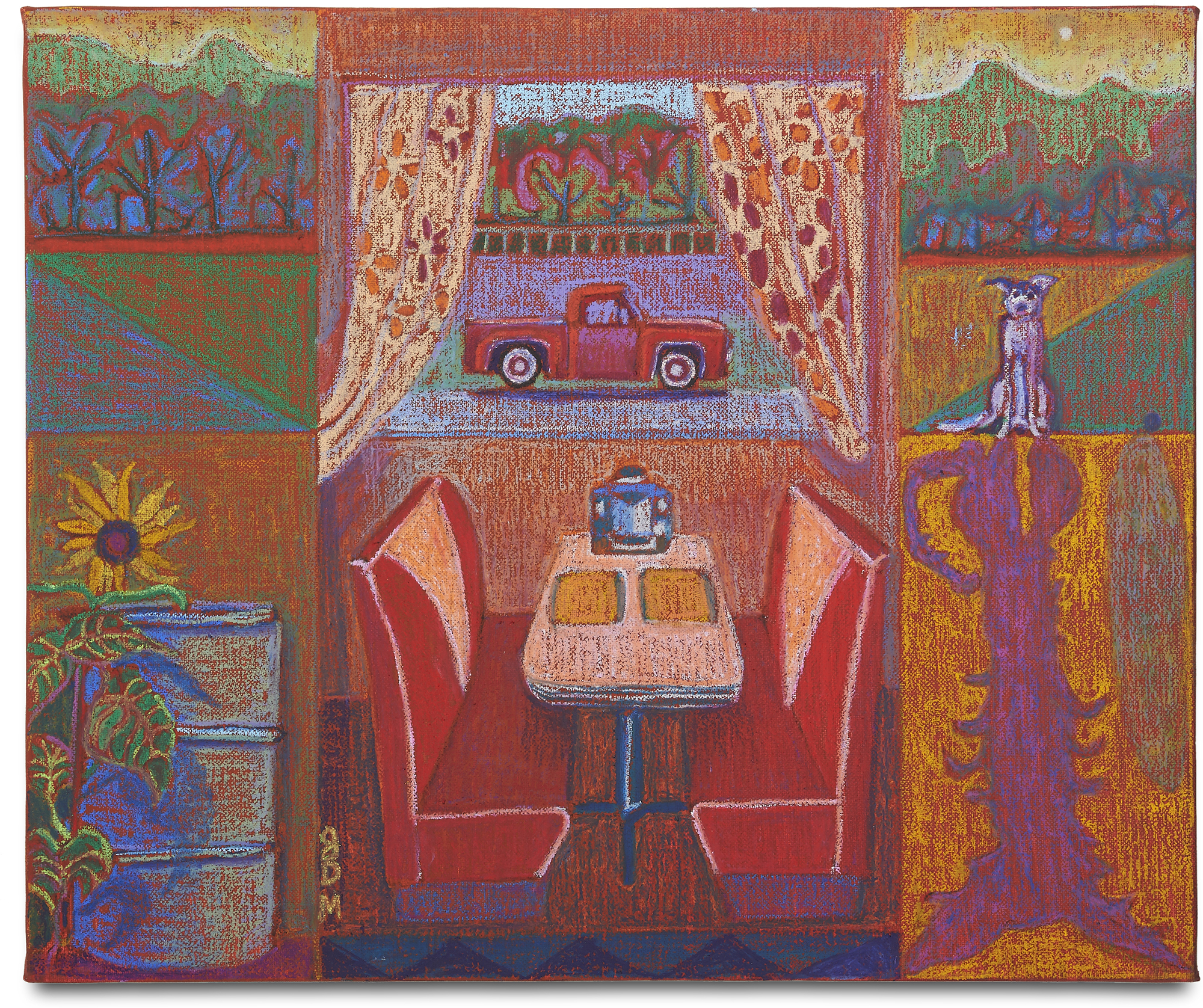 Harper’s is pleased to announce View From Gowanus, an exhibition of 19 recent paintings by Brooklyn-based artist JJ Manford at the gallery’s East Hampton location. Building on a prolific career as a studio artist and curator, Manford has playfully merged these two practices into his current body of work. His radiant compositions of domestic interiors portray pictures within pictures, juxtaposing references to international Modern artists with products from commercial culture. The show opens on Saturday, April 10, and will be attended by the artist in the afternoon.

View From Gowanus takes its name from the neighborhood that houses Manford’s studio, an area located at the northwestern corner of Brooklyn. The hyperlocal title is purposely discordant with the worldly taste of the imaginary dwellings he depicts. Objects from abroad such as fine art and furniture, souvenirs, and merchandise find themselves under one roof in his pictorial arrangements. Manford’s practice is inspired by the increasing accessibility of tourism and the global market, which has transformed the scope of visual culture and brought forth a cosmopolitan sensibility in everyday domesticity. Throughout the exhibition, illustrations of an Agnes Martin rug, a Joan Miró canvas, and a Piet Mondrian shower curtain commingle with a lava lamp, a flamingo lawn ornament, and children’s toys. With a subtle sense of humor, Manford’s work celebrates the fact that anyone has an opportunity to become an aesthete by acquiring products of high culture as well as their consumer-grade reproductions. The orderly ambiance of these uninhabited living spaces suggests that the quarters are meant to be displayed rather than occupied, as if world culture can be contemplatively experienced within the enclosures of Manford’s cultivated interiors.

Manford’s painterly technique further accentuates the material presence of the images. Beginning with gradients of Flashe undercoatings on linen or burlap surfaces, he then generously scumbles layers of oil stick and pastel to render his interiors. Clumps of pigment accumulate within the toothy interlacing of the fibers, forming rich pockets of chroma that compliment the earthy tones of the linen and burlap substrates. Compositionally, Manford often distorts the geometry of linear perspective to give his virtual spaces a feeling of fullness within the picture frame, at times creating surreal atmospheres. Corridors are elongated and flattened as in The Waiting Room and The Drafting Table, or three-dimensional space is wholly abstracted as in Moon and Sun / Interior with Kachina Doll & Joan Miro. The enlivened compositions, colorful palette, and textured surfaces generate an inviting mood for the viewer, much like a welcome mat at the doorstep.

JJ Manford (b. 1983, Boston, MA) received a BFA from Cornell University in 2006, a Post-Baccalaureate certificate from the School of the Art Institute of Chicago in 2009, and an MFA from Hunter College in 2013. Most recently, his work has been exhibited in solo and two-person presentations at Derek Eller Gallery, New York; Arts + Leisure Gallery, New York; John Davis Gallery, Hudson, NY; and Freight + Volume Gallery, New York. Both Manford’s artwork and curatorial projects have been reviewed in Hyperallergic, Two Coats of Paint, and White Hot Magazine, among other publications. His first catalogue, Greenport Magic, was published by Arts + Leisure in 2017. Manford currently lives and works in Brooklyn, NY where he is a co-founder of the artist collective Underdonk as well as an adjunct professor at Pratt Institute.