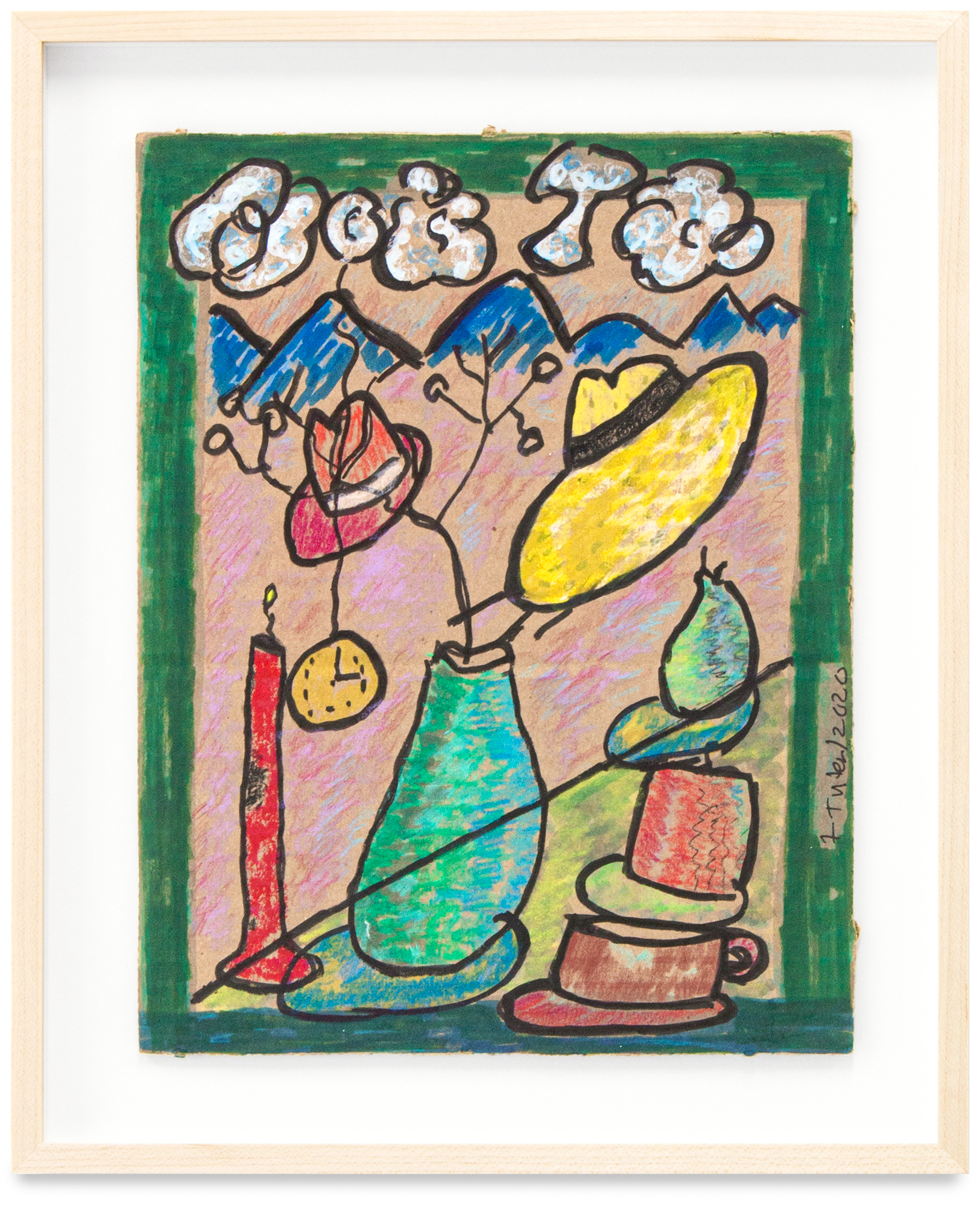 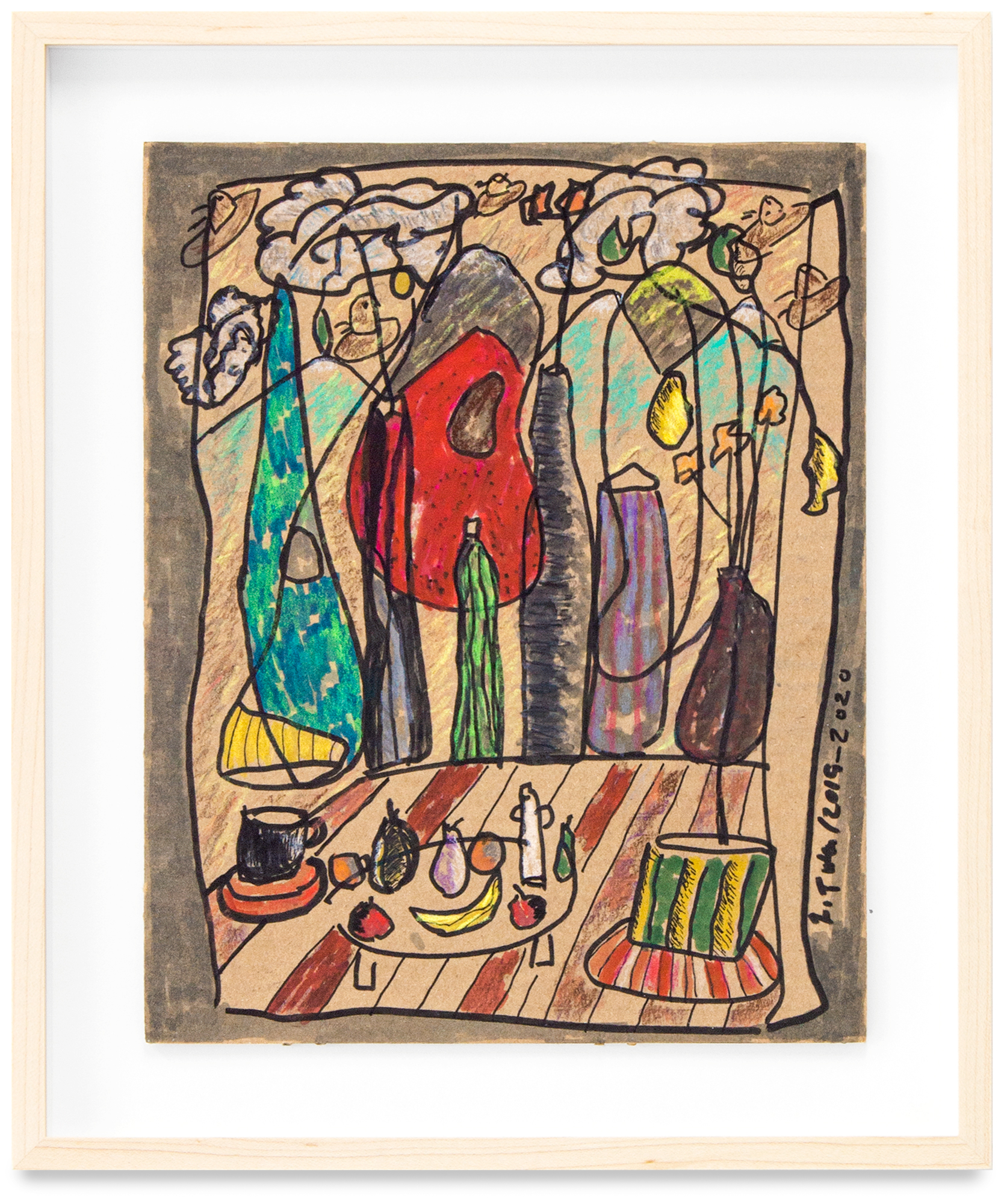 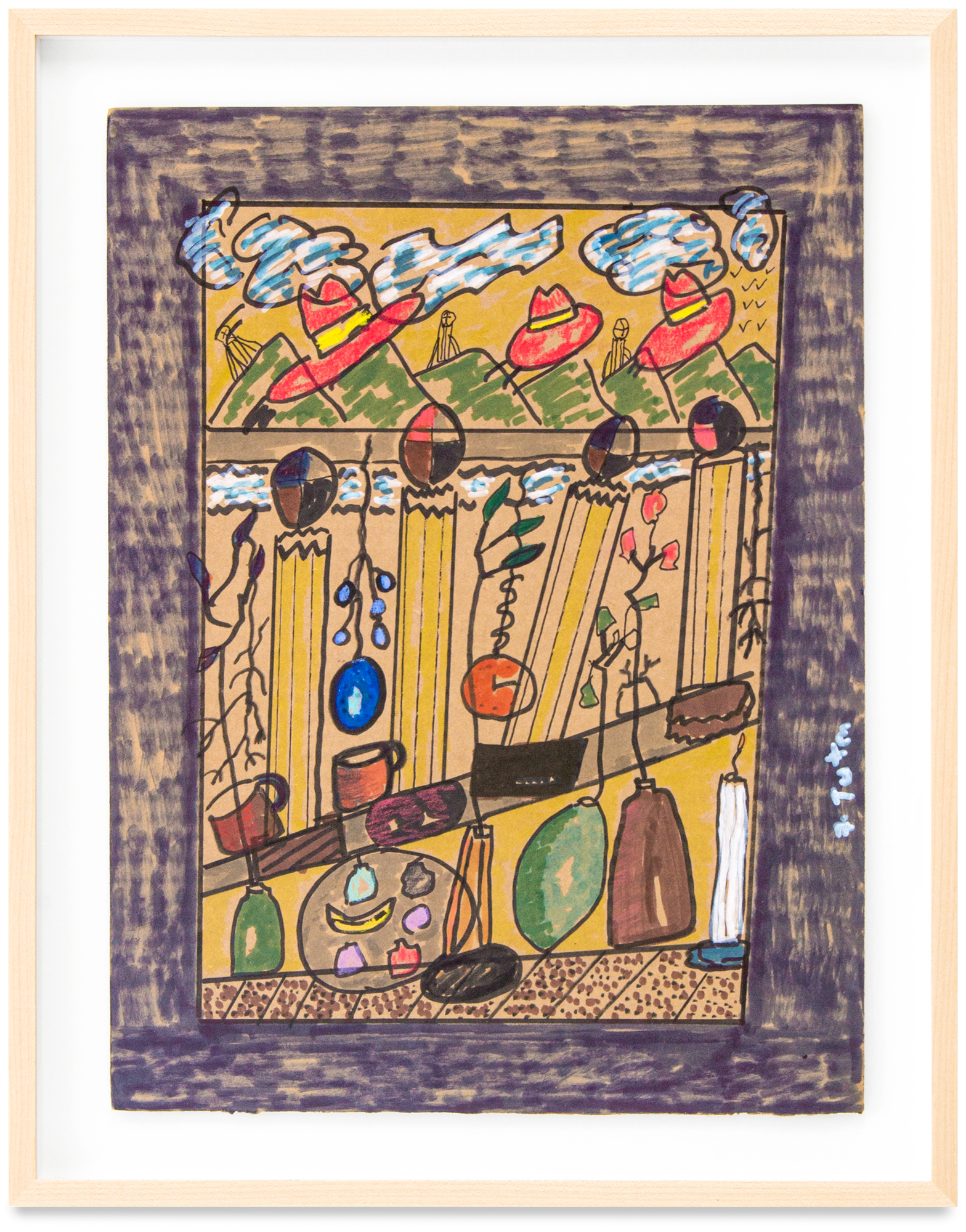 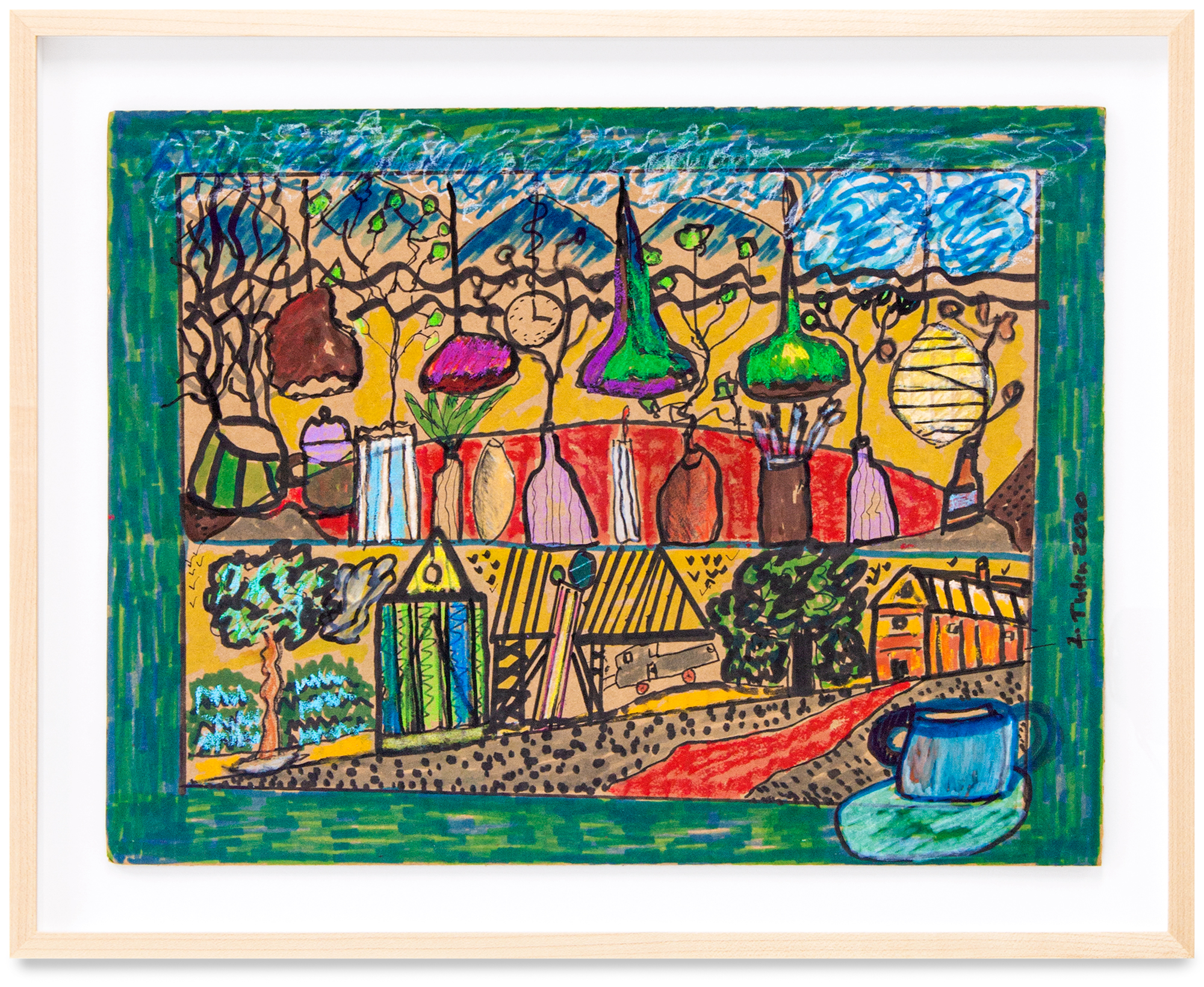 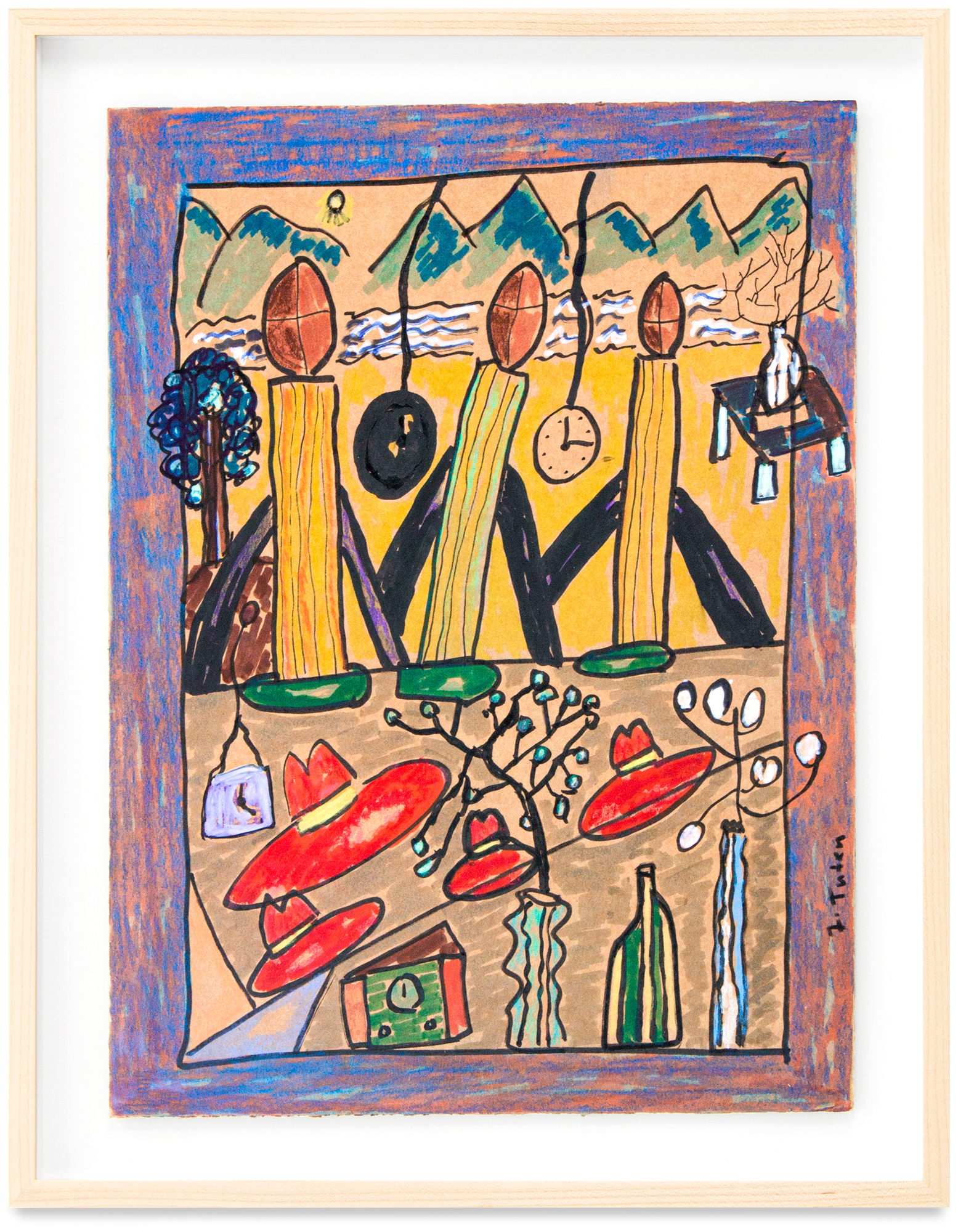 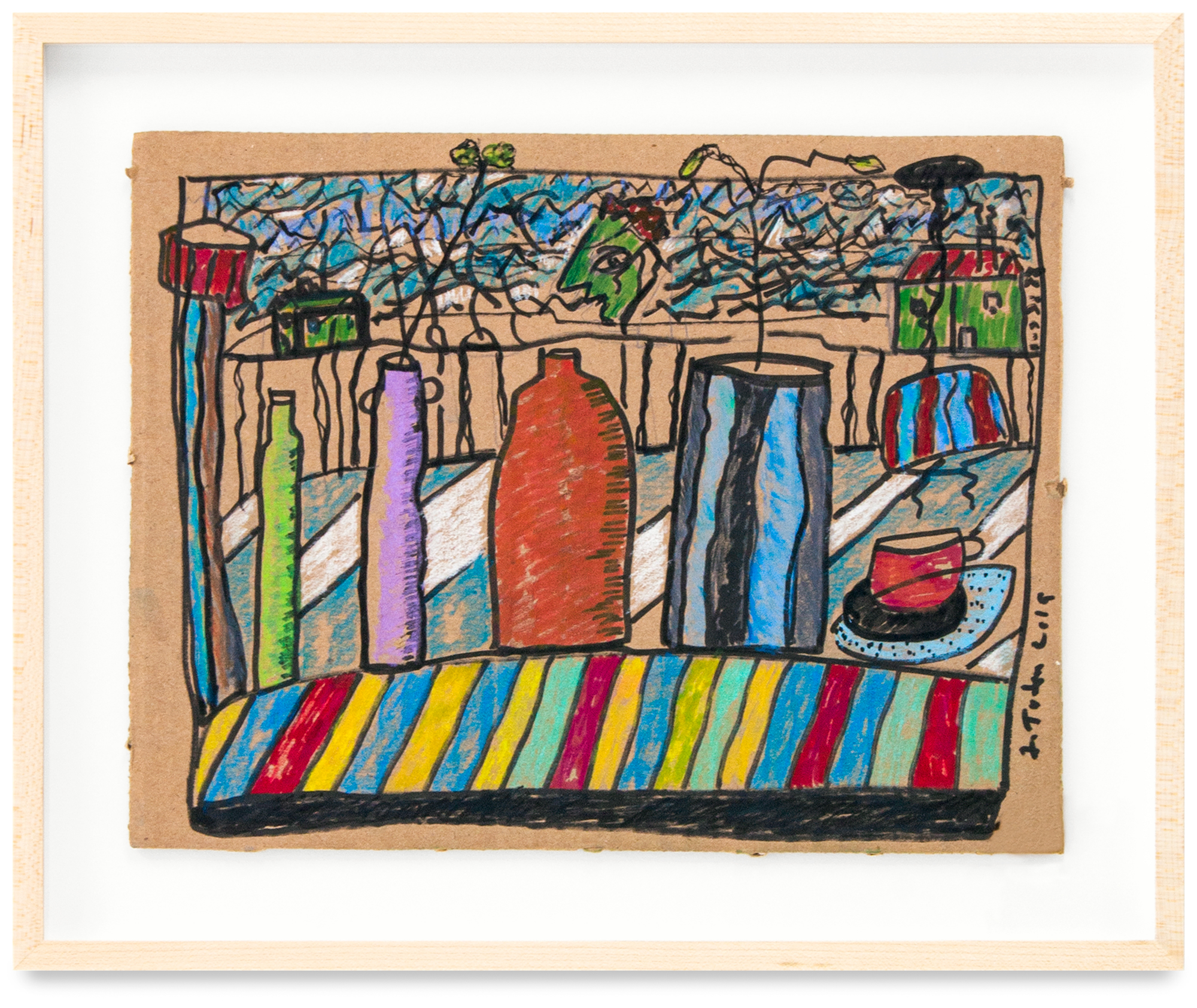 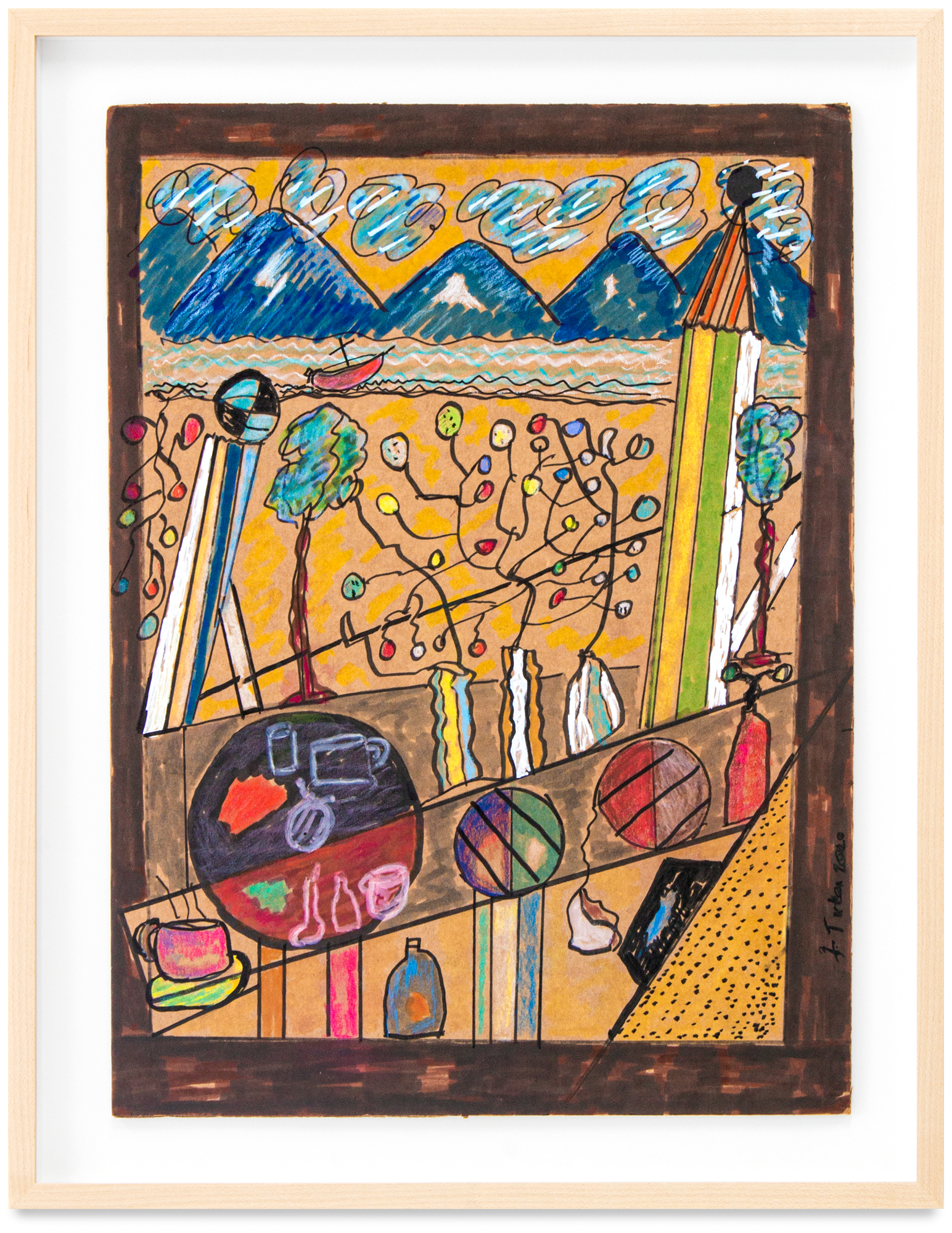 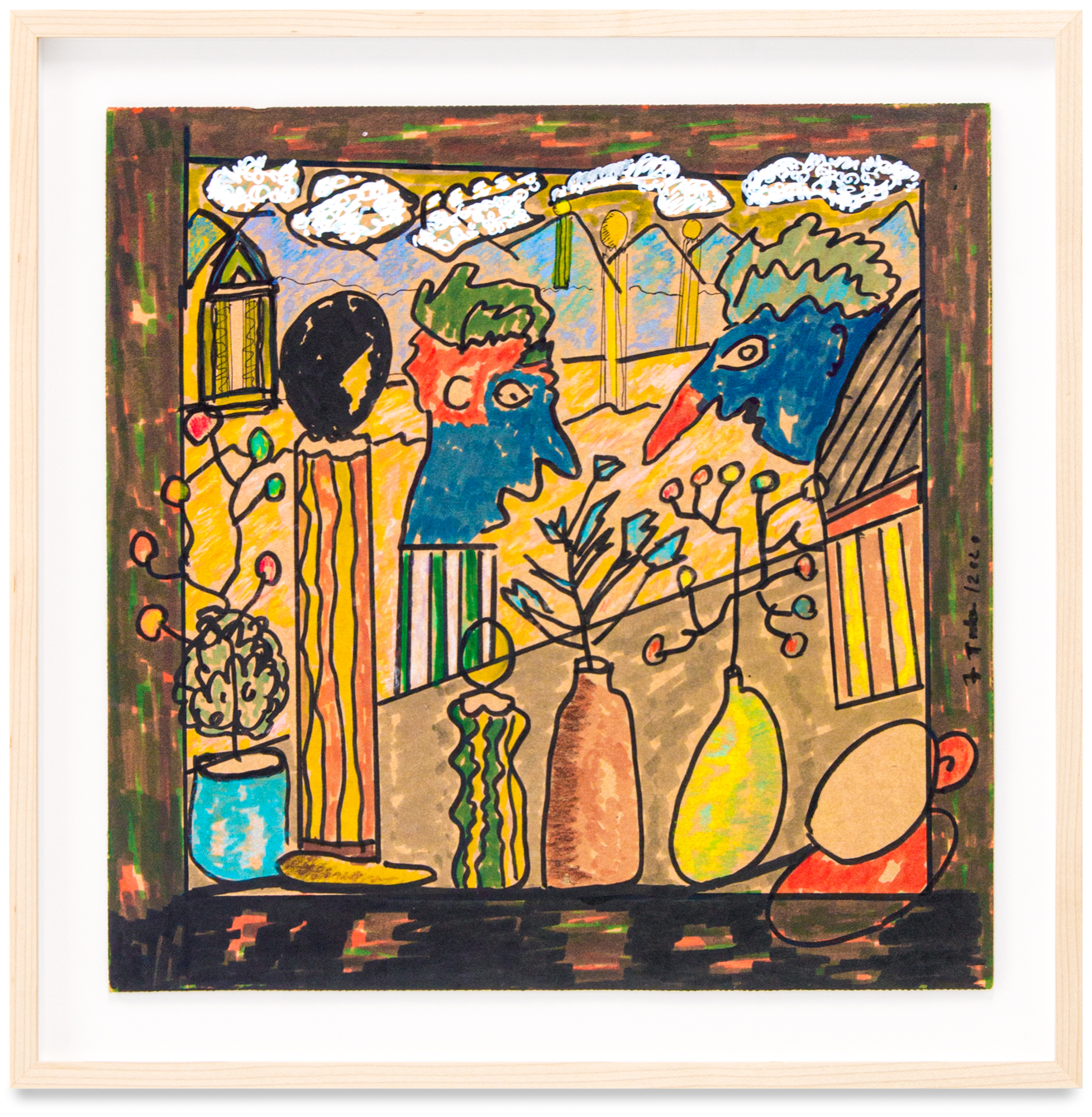 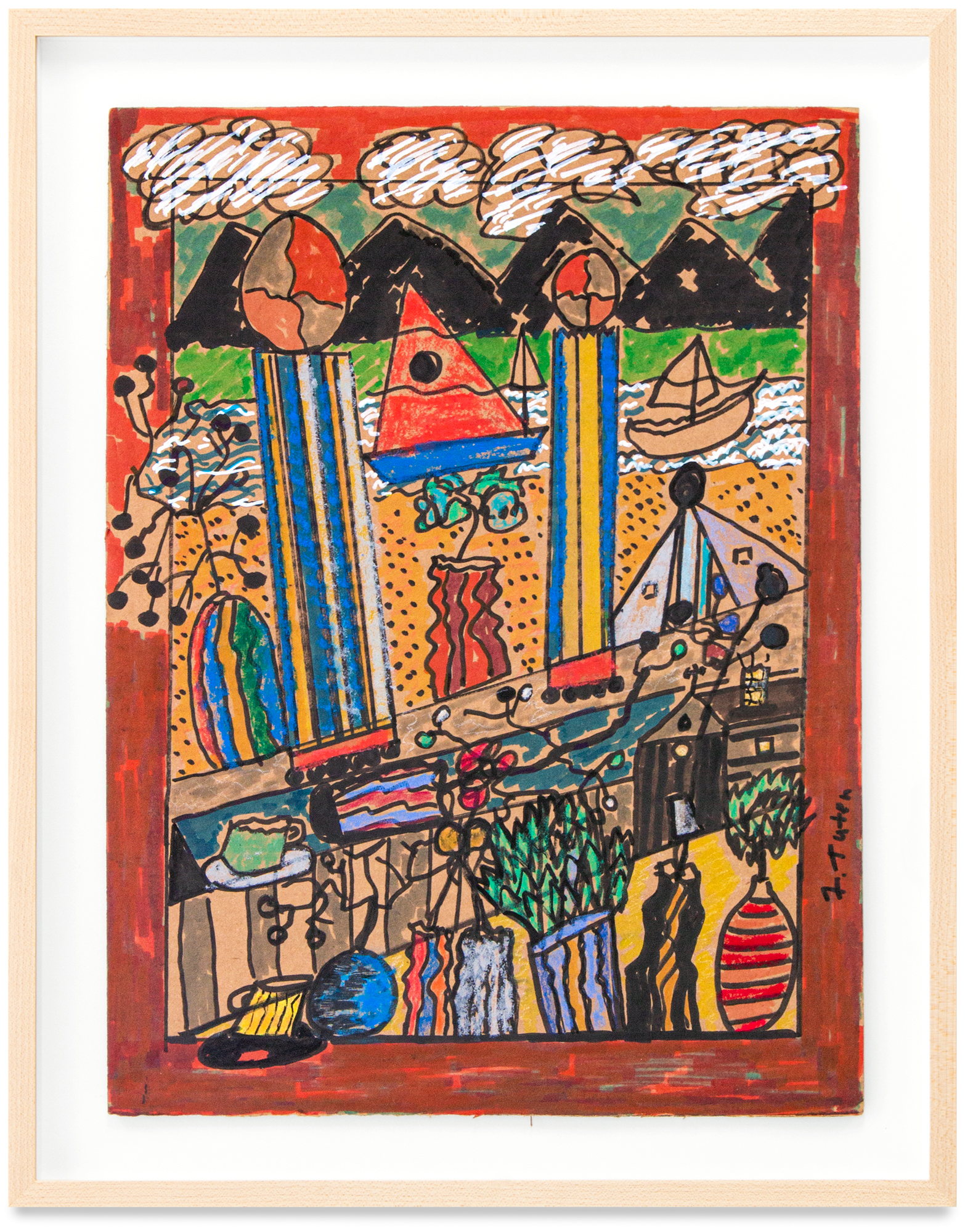 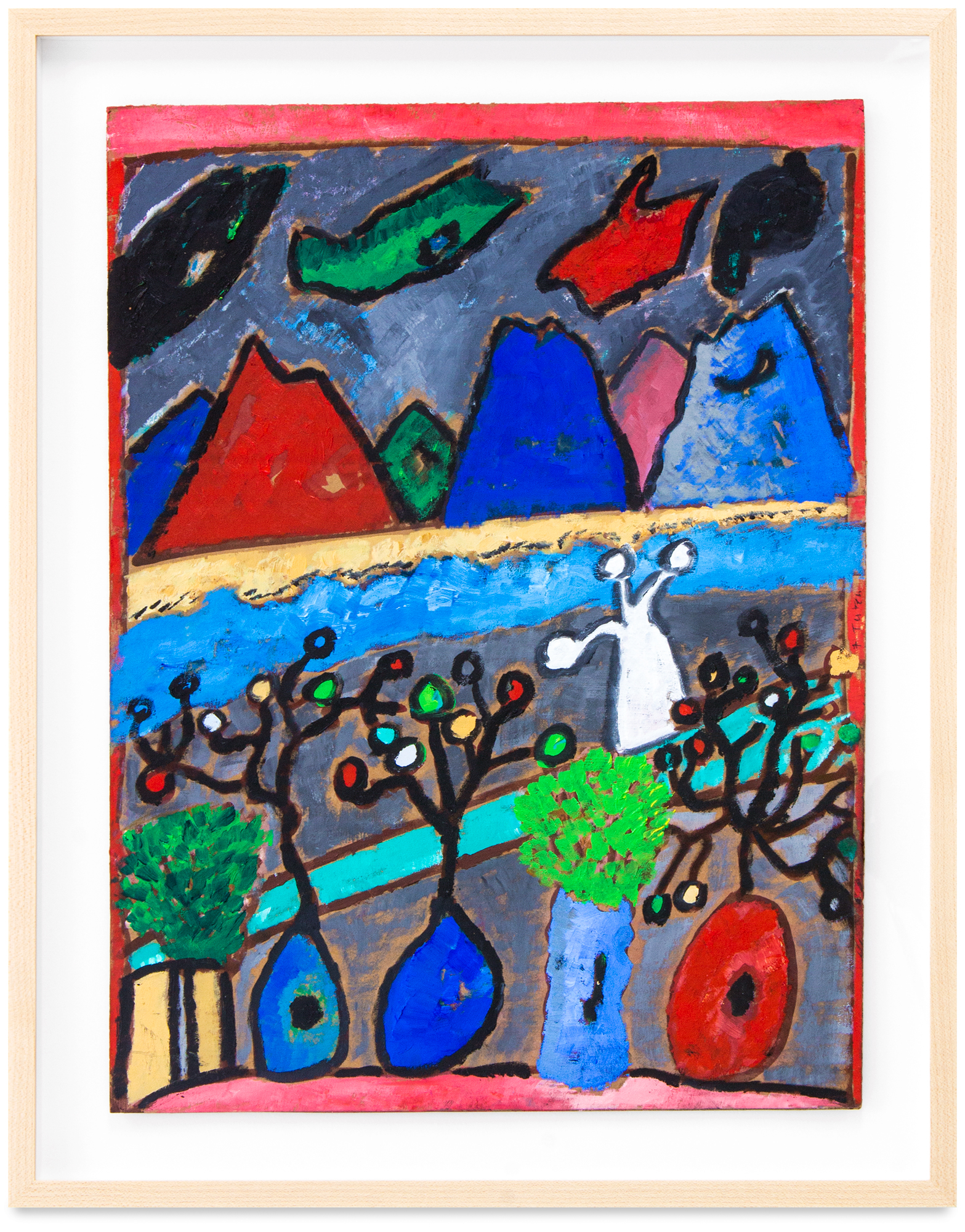 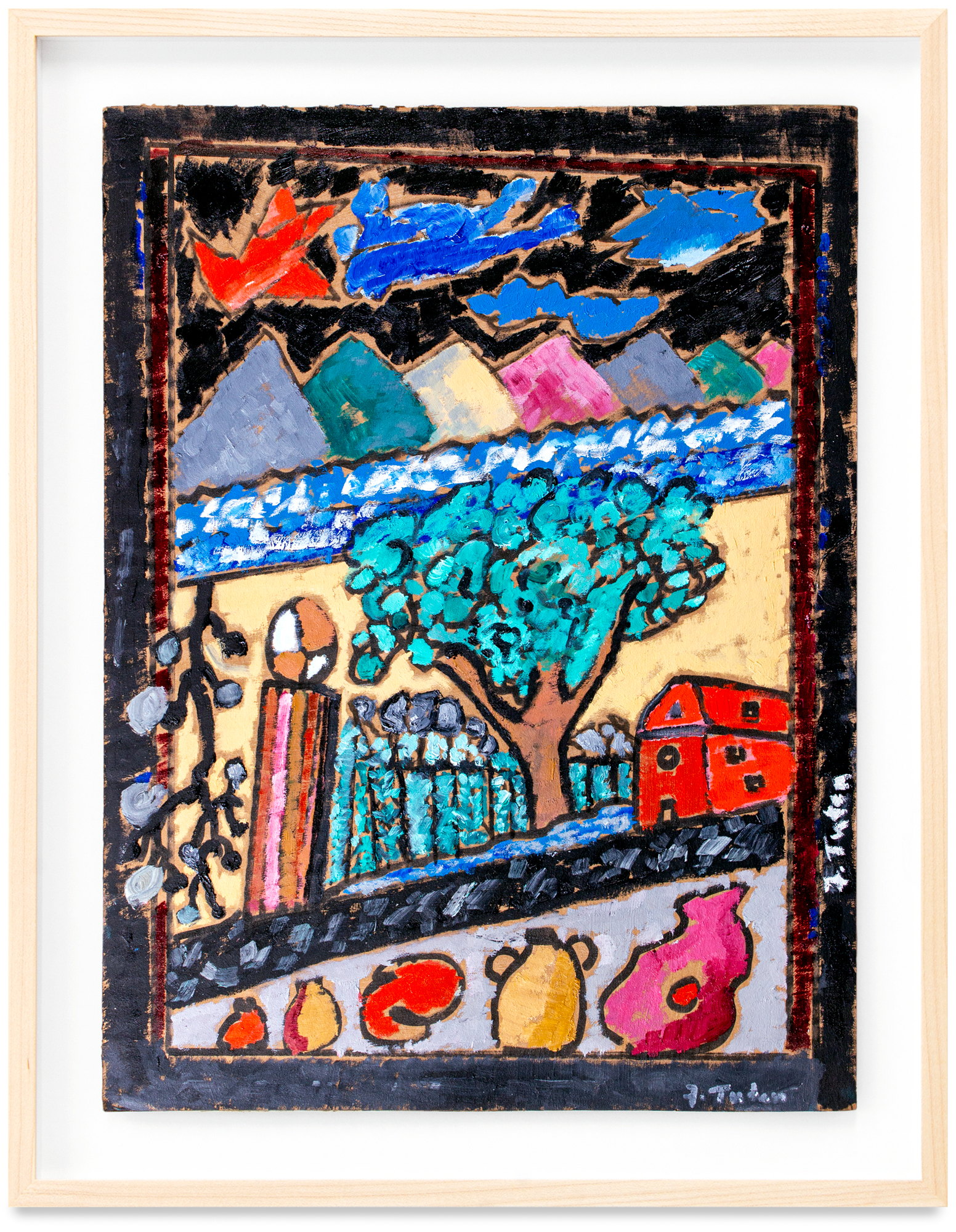 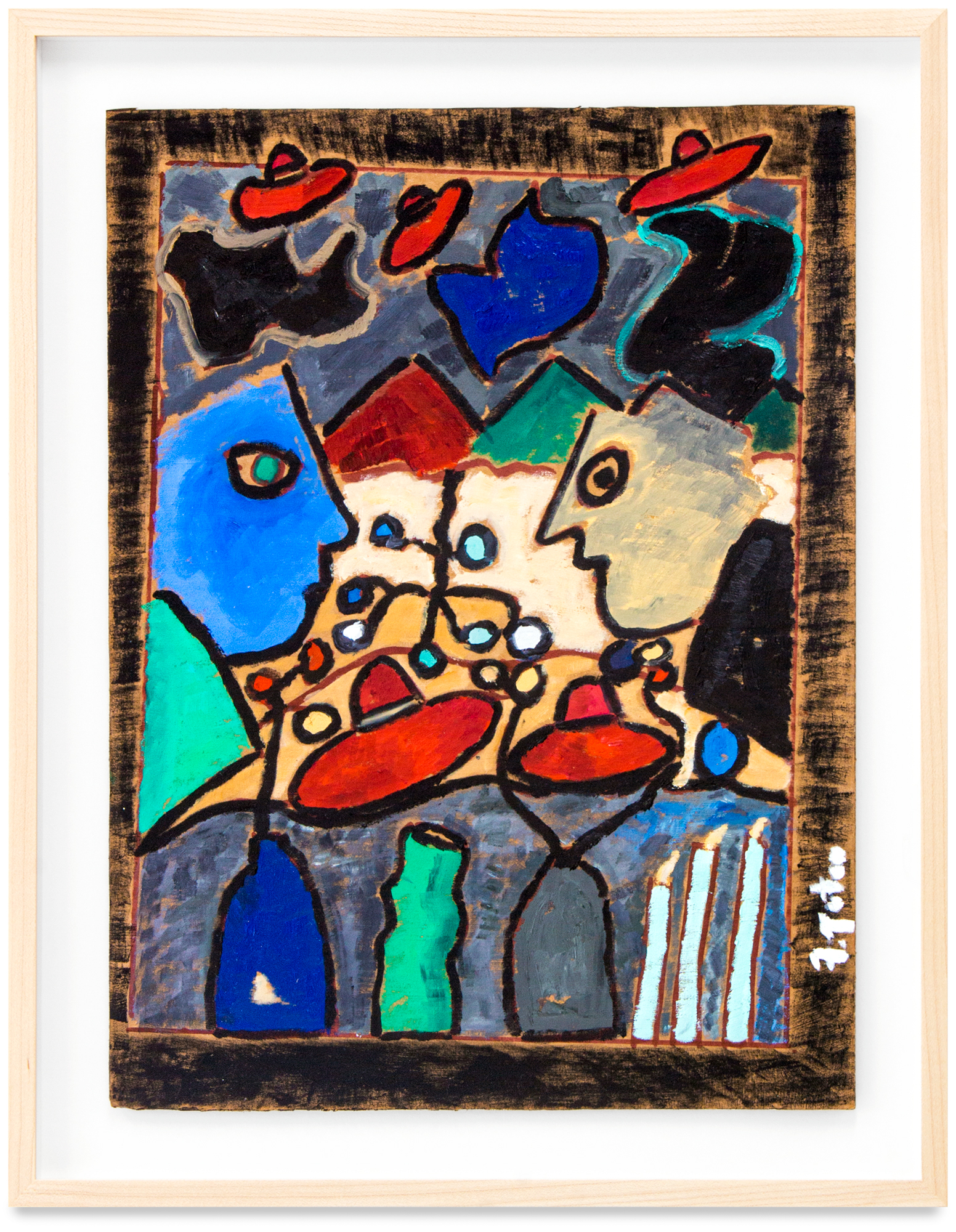 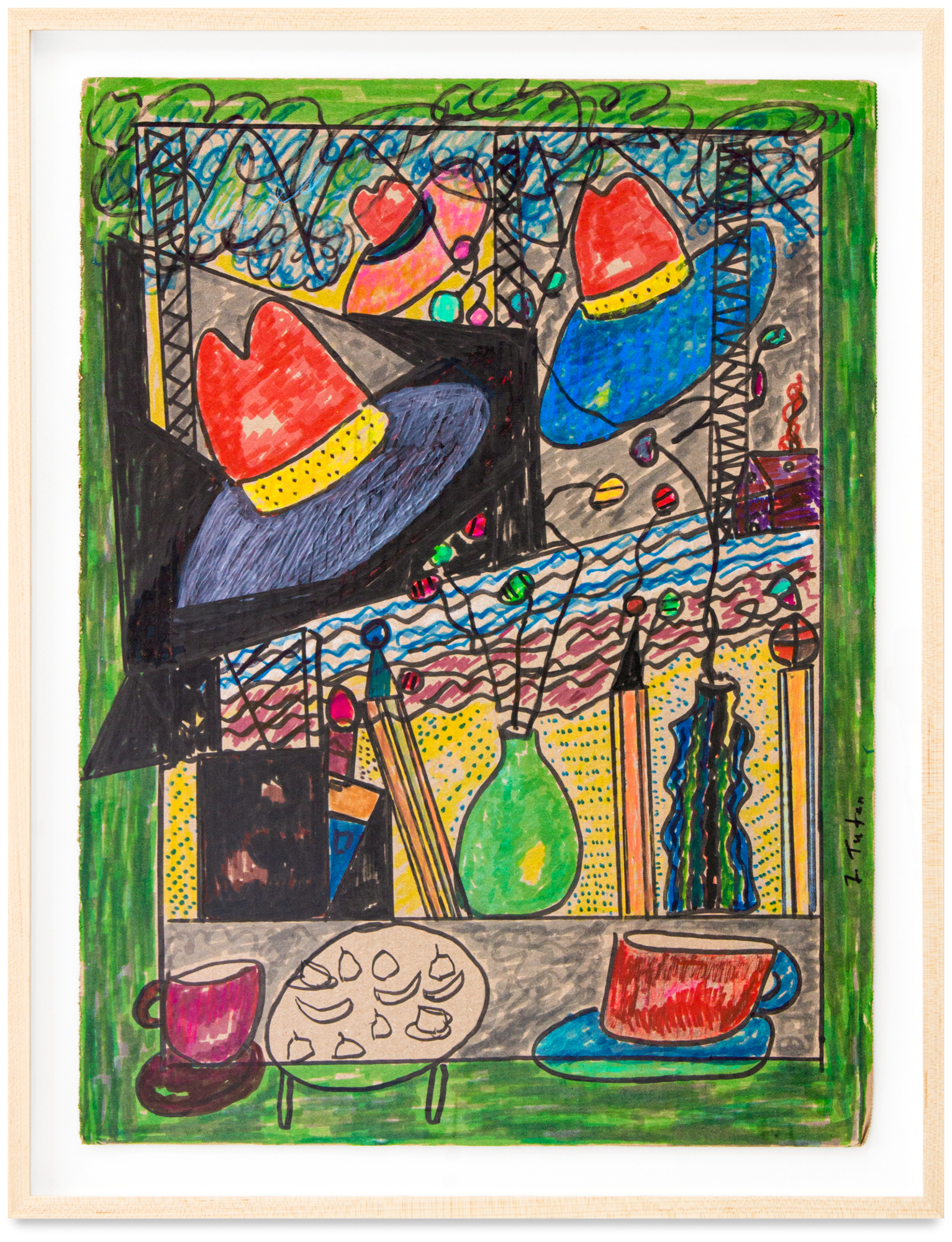 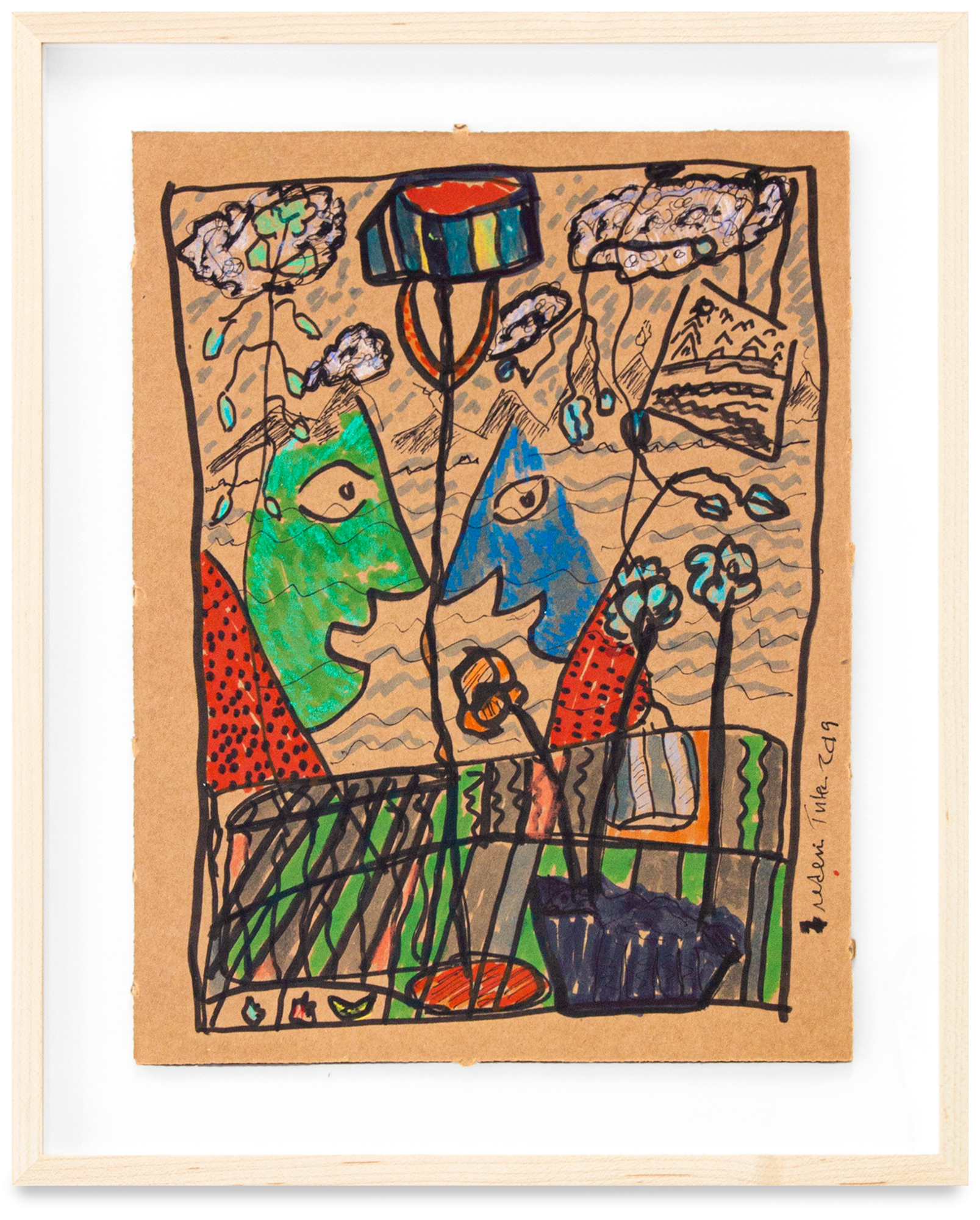 “We never leave our childhood, or it never leaves us. We refine it, we play with it, we can do all these things to hide it or rediscover it, disguise it. But I think it’s always there with us.”

On meeting Frederic to plan his first solo exhibition at our East Hampton gallery, Works on Cardboard, it was impossible to avoid thinking about the passage of time. From the moment he walked through the gallery door, it was clear that the octogenarian was far more fashionable than I: Frederic had a beautiful scarf draped around his neck and wielded a bright green Lucite cane. Our conversation took many interesting paths and extended digressions. We discussed his love for drawing, his decades-long relationship with Roy Lichtenstein, the Kardashian phenomenon, and mostly how visual art evolved from his day to my own. Perhaps counterintuitively, Frederic made it seem entirely sensible to strive for old age, even though we live in a culture that values being “forever young.” For him, keeping a childlike sense of wonder is a sign of maturity, not stunted growth. Refining and rediscovering our childhood is precisely what drives Frederic’s approach to making art, and the selection in Works on Cardboard visualizes this pursuit in surprising ways.

The first thing I noticed when viewing Frederic’s work was the whimsical nature of his images. Unlike things are paired together and enlivened in surreal landscapes, buoyantly dancing within the composition. Teacups, vases, jugs, and potted plants rest on tabletops, while sombreros, clocks, boats, and disembodied faces freely drift across the picture plane. Mountains ascend out of the horizon and peppered throughout the vistas are miniature houses and towering candle-shaped structures, altering any sense of scale or perspective. All of these works are executed on unprimed cardboard, rendered in ink, colored pencil, crayon, pastel, and in his latest three works, oil paint. The pigment is partially absorbed into the tan surface of the cardboard, muting the chroma to enhance the hazy, dreamlike quality of his scenes. His works are invested in the sheer pleasure of putting a utensil to a surface, letting go, and discovering what happens in the process. This speaks to how art for Frederic encapsulates a childlike sense of freedom.

What is remarkable about Frederic is that he returned to making art at sixty years old. This late blooming stems from a traumatic experience in his teens, which dissuaded him from pursuing a career as a painter. Growing up in the Bronx and dropping out of high school at the age of fifteen, he began taking life drawing classes at the Art Students League. Much to his dismay, the teacher mocked his sketches in front of the other students, causing him to abandon his dream of becoming an artist. Yet Frederic did not flee from the art world. He moved on to become a successful fiction writer, publishing a number of critically acclaimed books and a screenplay for the cult film Possession. Since the 1960s, he has reviewed exhibitions and written thoughtful pieces on Robert Rauschenberg, Claes Oldenburg, John Baldessari, David Salle, Ross Bleckner, and Eric Fischl, among others. Frederic became close with these artists as well as April Gornik, Andy Warhol, and Roy Lichtenstein, the latter becoming a lifelong friend. It was Lichtenstein’s encouragement that inspired him to take the leap back into drawing and painting. From that moment onward, Frederic has been committed to being a visual artist.

Something from within urges him to make up for lost time, it seems. I learned from Frederic that the youthful process of reinventing oneself only deepens with age, and that art gives form to this ever-morphing path. Works on Cardboard offers an excellent opportunity to ruminate on the recursive nature of growing up. We invite viewers to find themselves in this experience as well.

Frederic Tuten (b. 1936, Bronx, NY) is a celebrated novelist, essayist, and visual artist. He studied at the Art Students League, City College of New York, and the National Autonomous University of Mexico prior to receiving a Ph.D. in 19th century American literature from New York University. Over the course of Tuten’s long career, he has published five novels, including The Adventures of Mao on the Long March (1971), and Tintin in the New World: A Romance (1993), both of which feature original cover art designed by Roy Lichtenstein; and most recently a memoir, My Young Life (2019). His short-form writing has appeared in numerous publications, including Artforum, New York Times, and Vogue. Tuten’s artwork has been the subject of two solo exhibitions: Works on Cardboard, Harper’s, East Hampton, NY (2021); and Flowers, Plants, and Other Romances, Planthouse Gallery, New York (2019). He is the recipient of a Guggenheim Fellowship, and an Award for Distinguished Writing from the American Academy of Arts and Letters.  A book of Tuten’s works on cardboard will be published in Spring 2022 by Verlag der Buchhandlung Walther König, and is edited by Karen Marta with an interview by Hans Ulrich Obrist. Tuten currently lives and works in New York City and Southampton, NY.