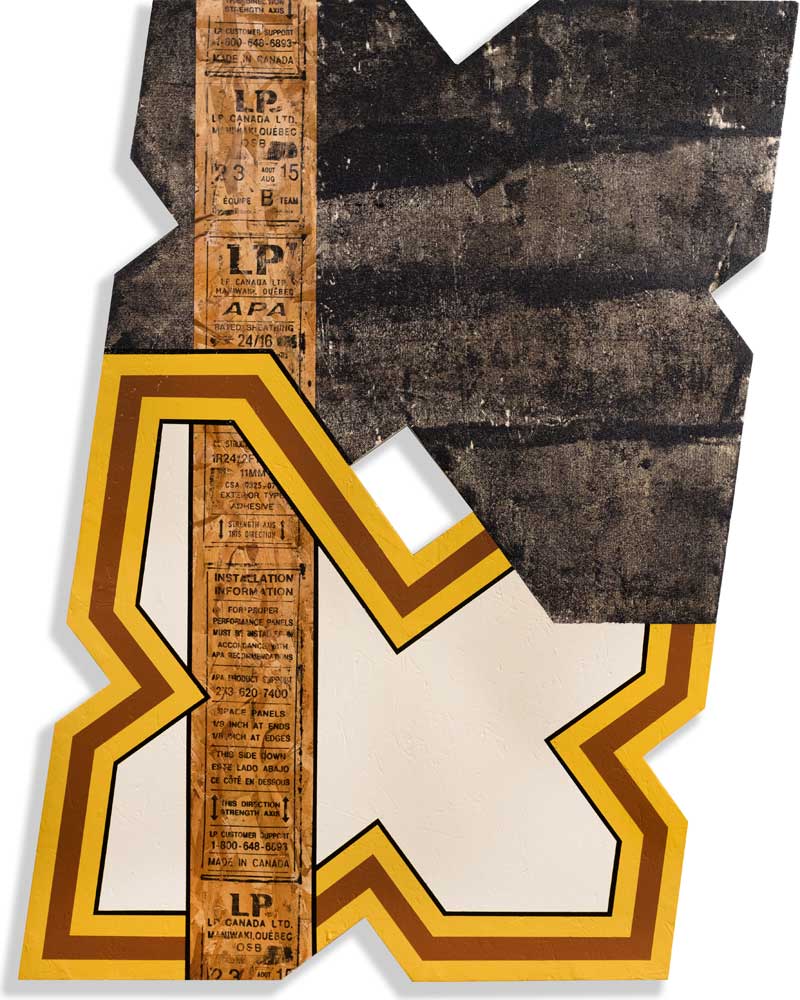 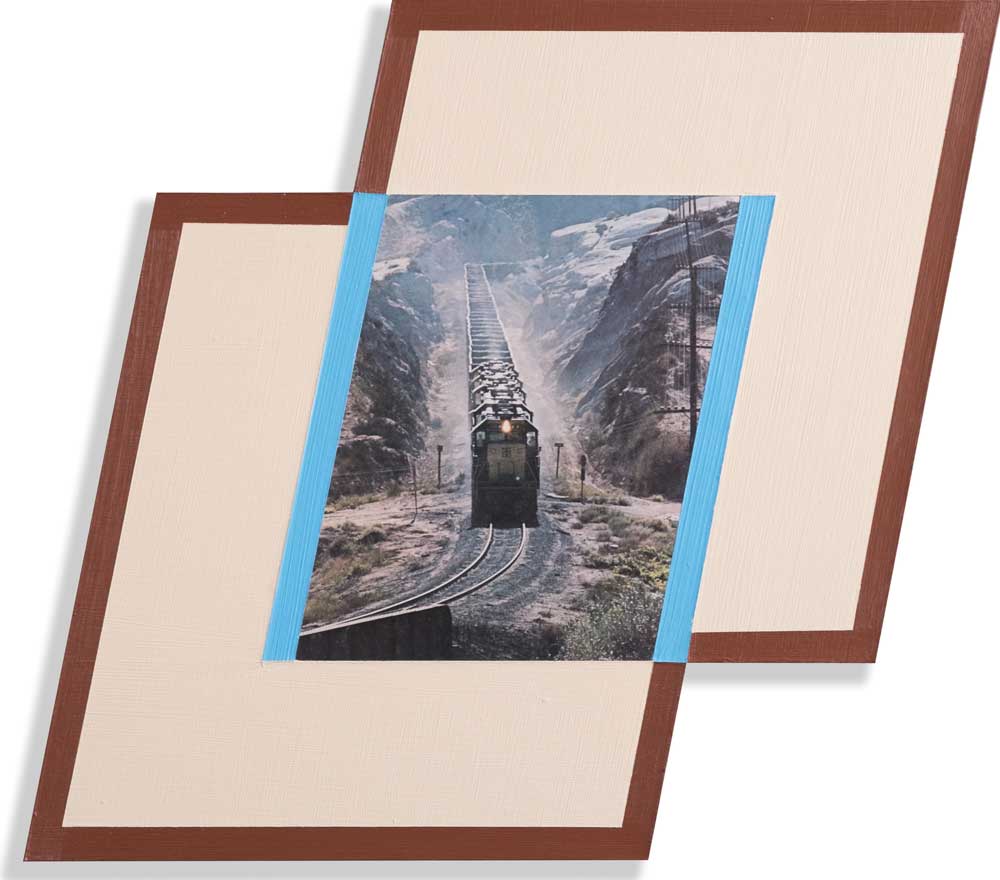 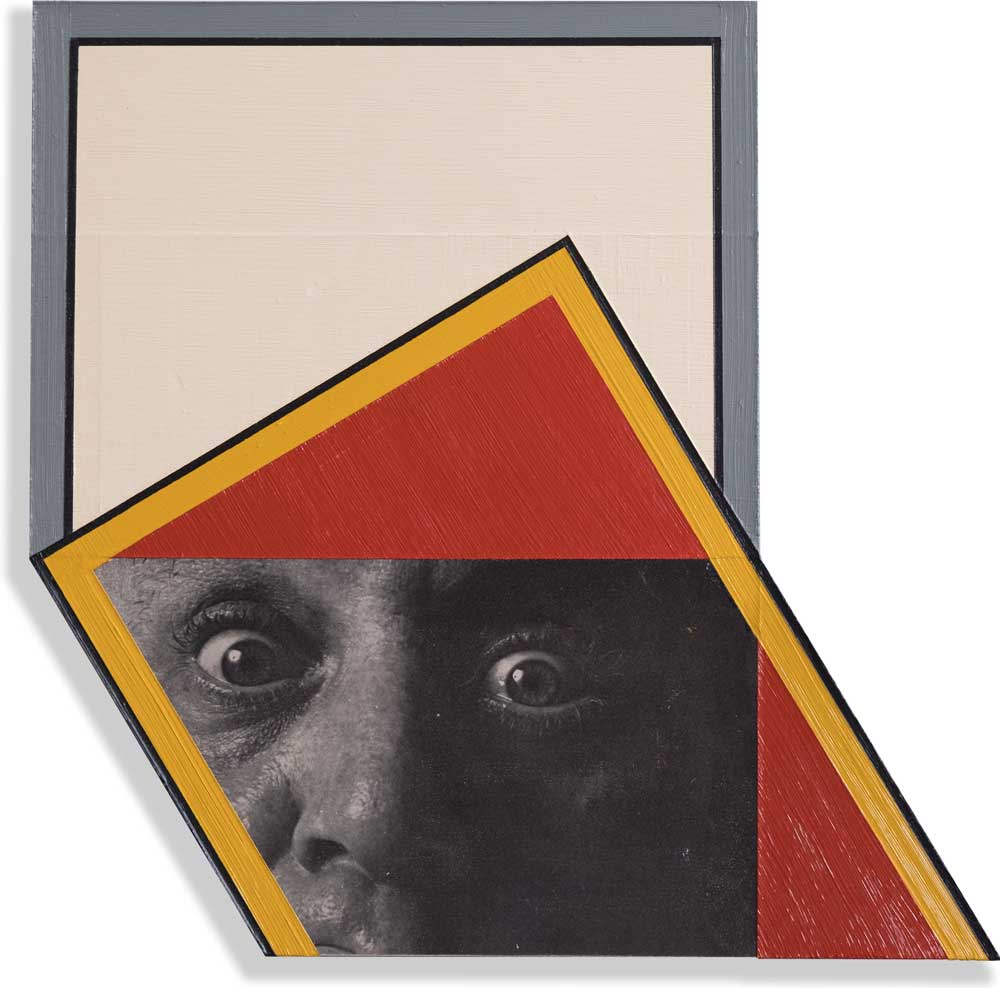 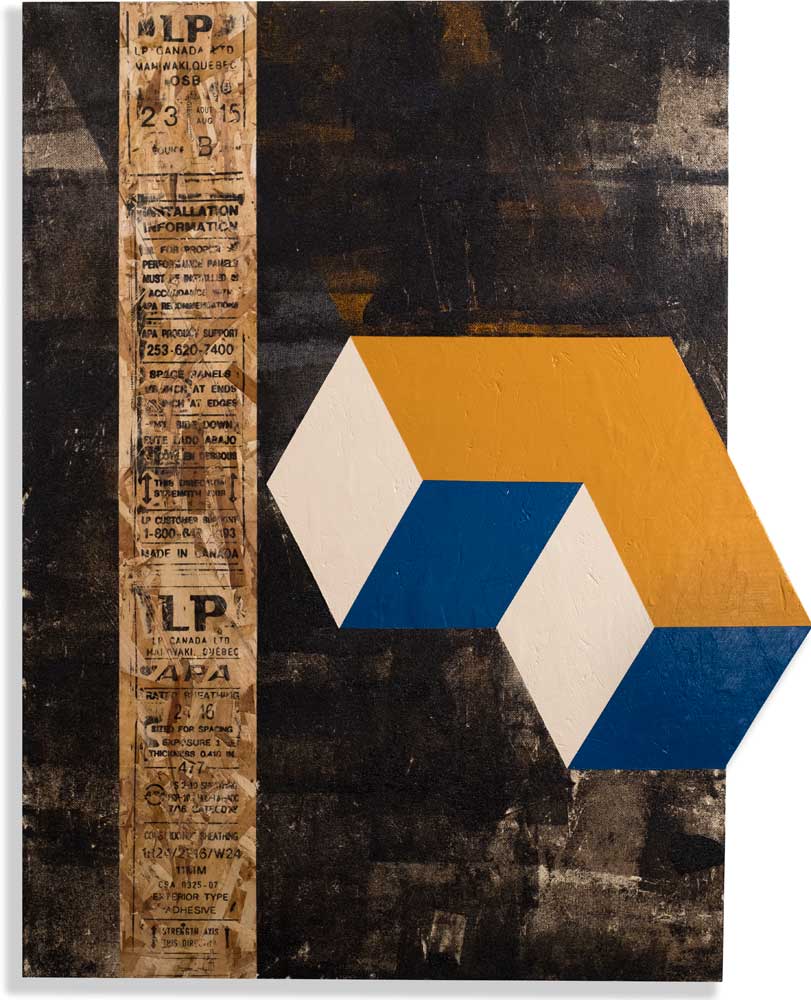 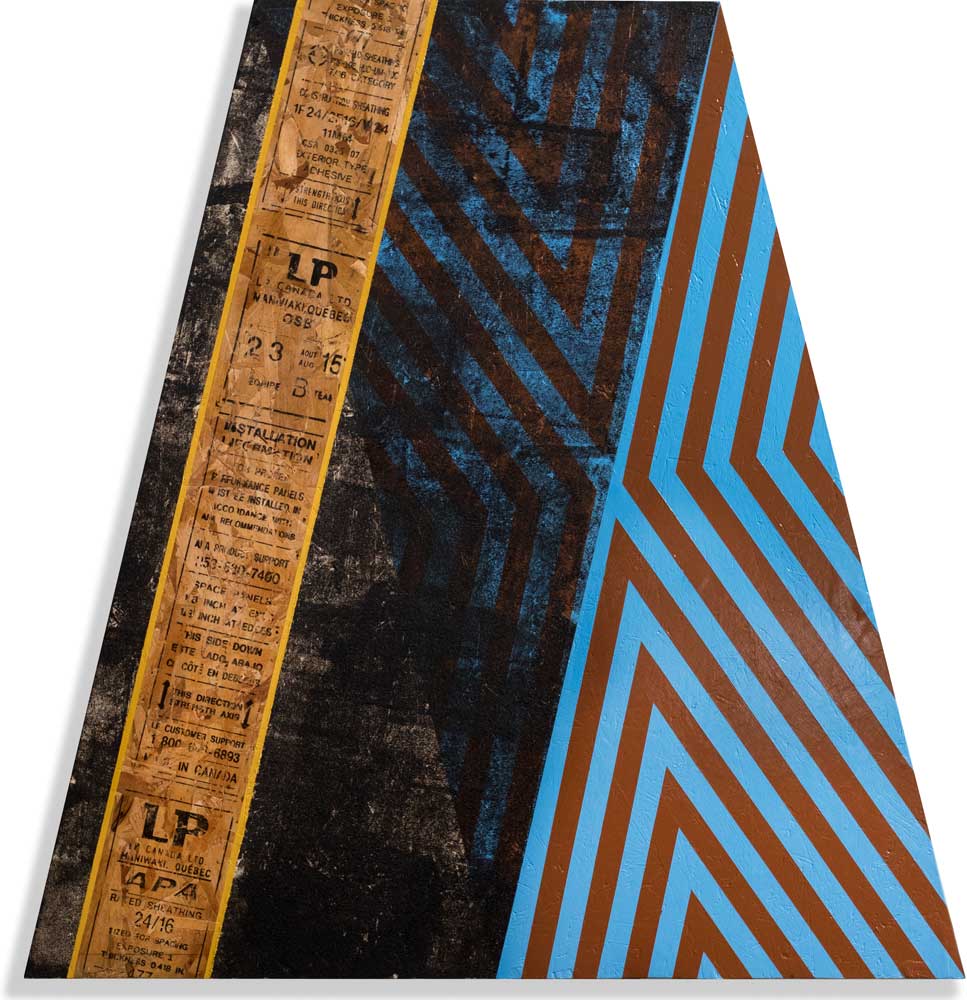 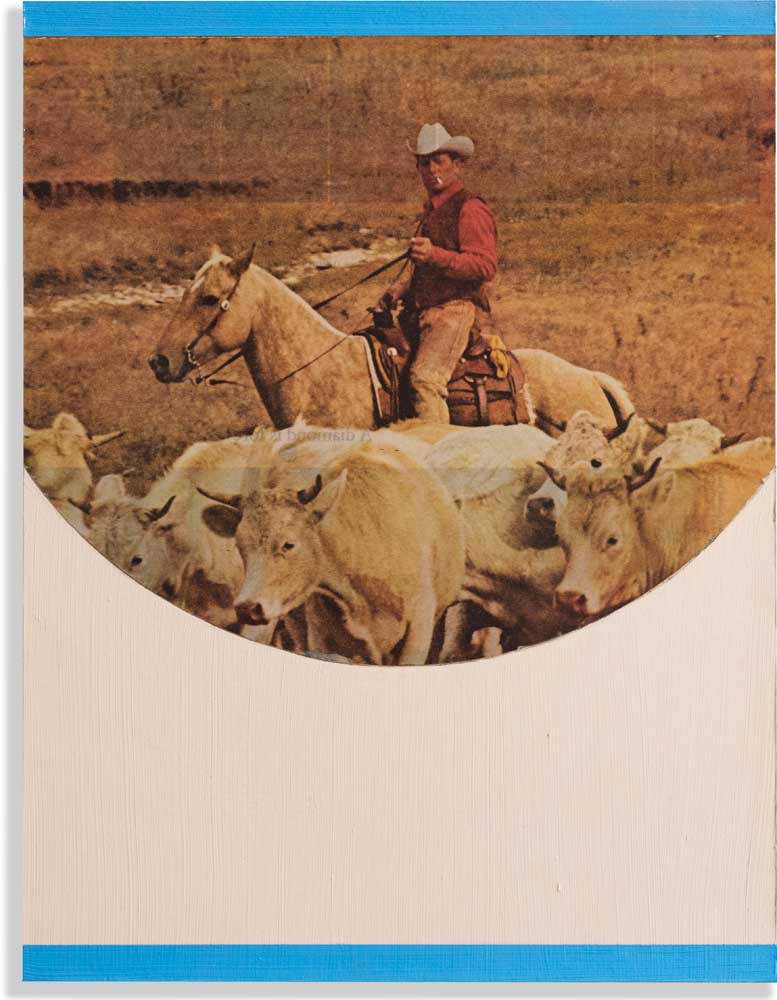 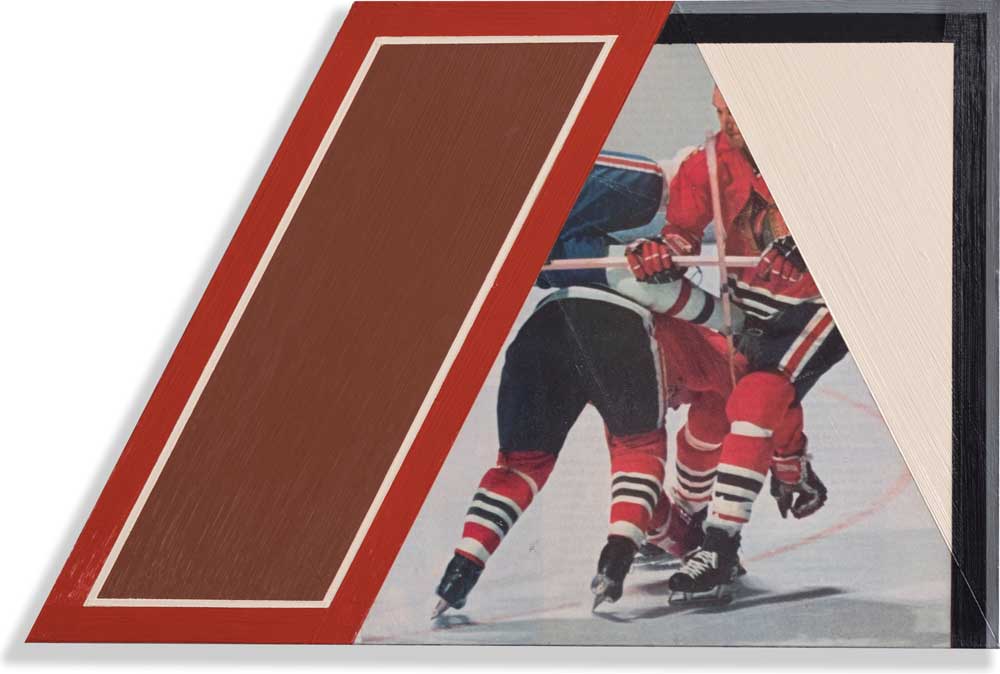 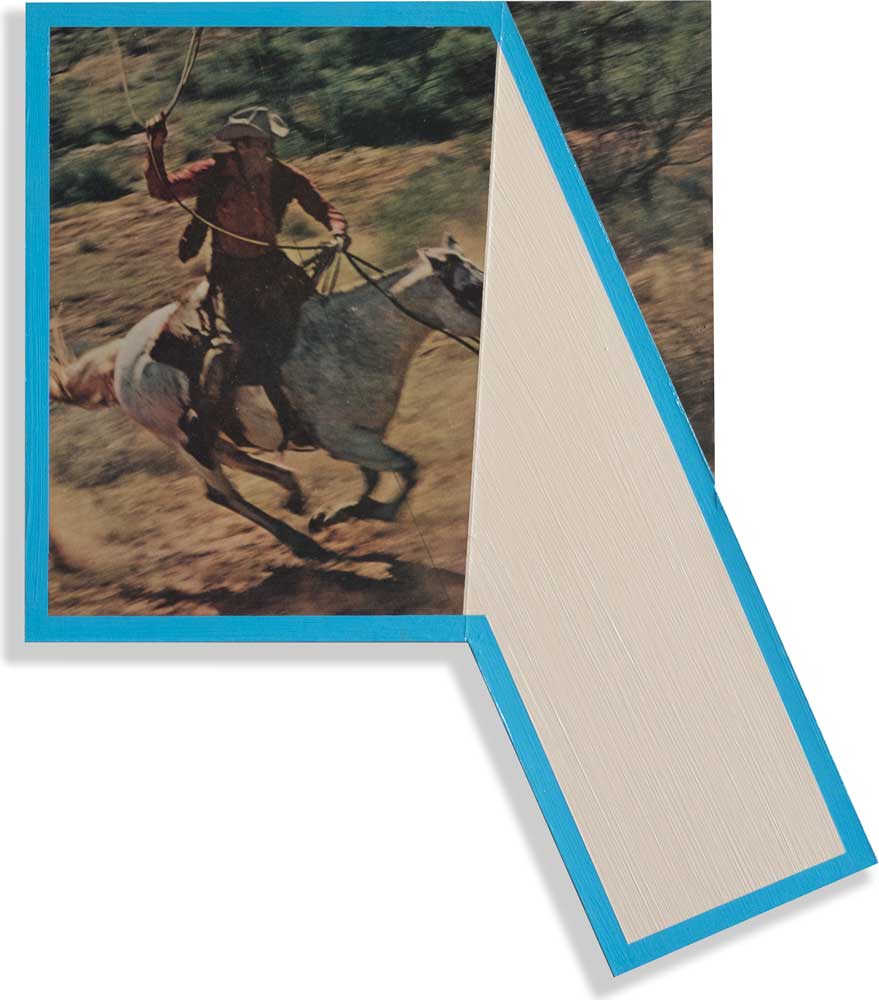 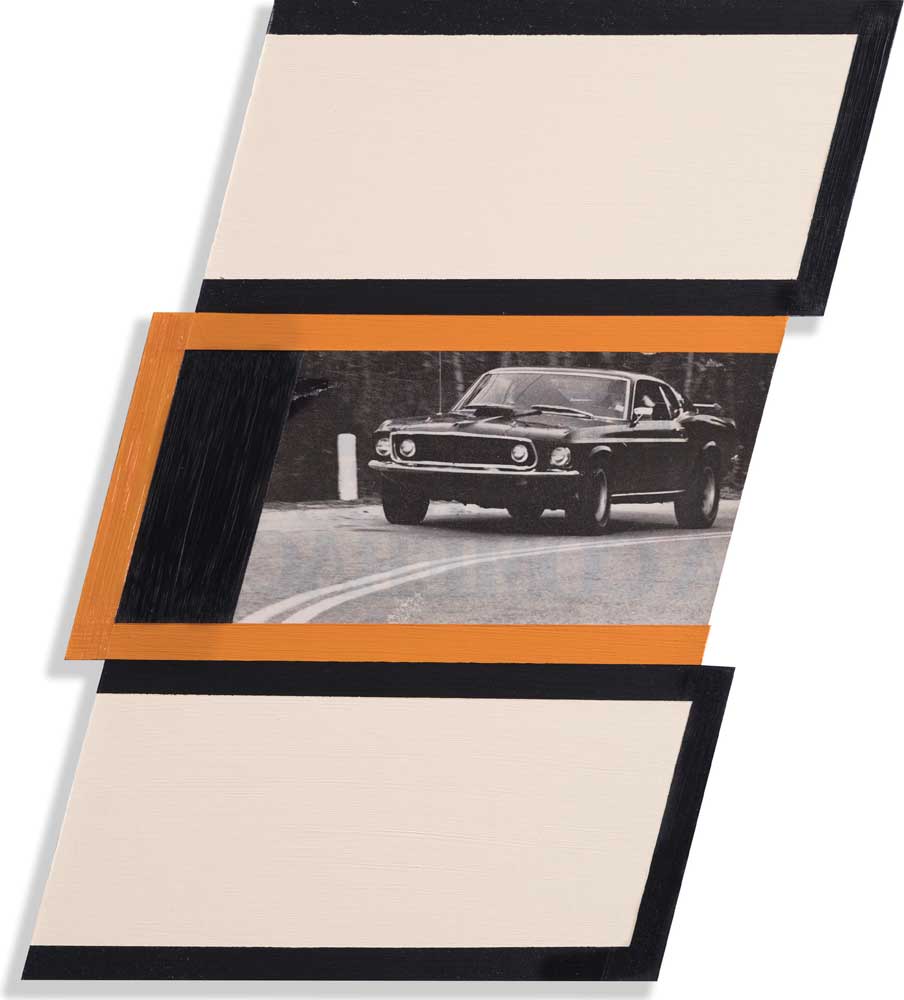 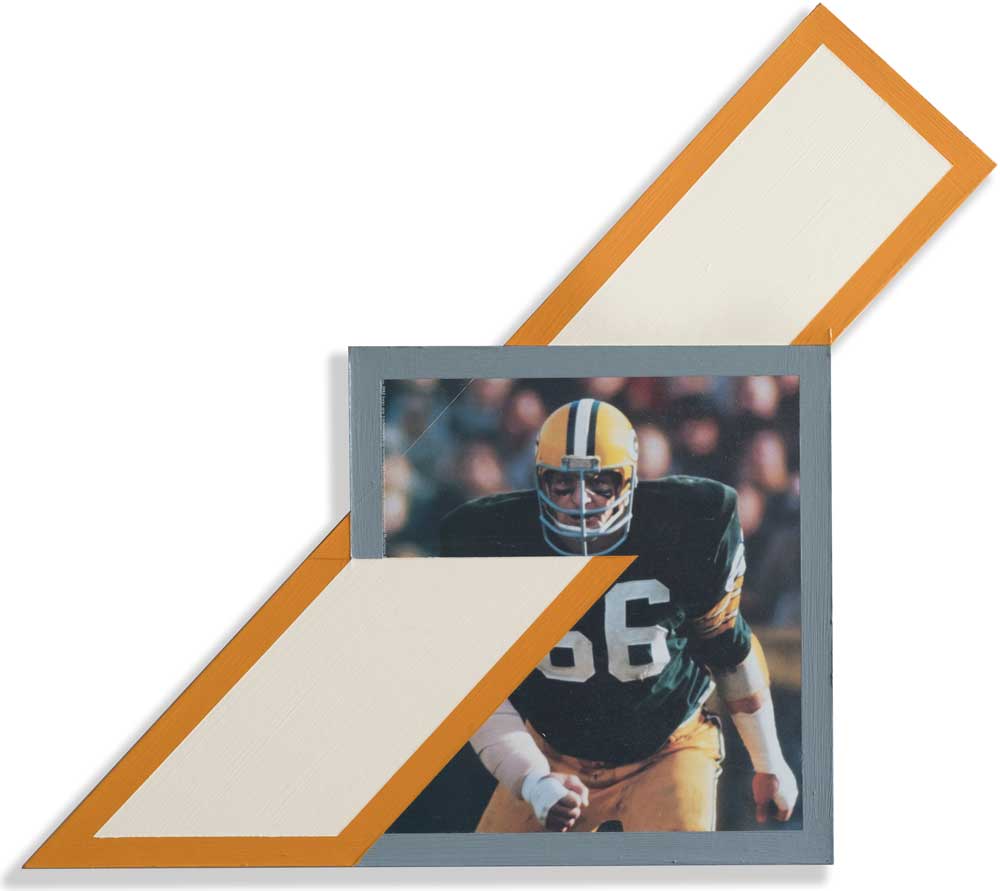 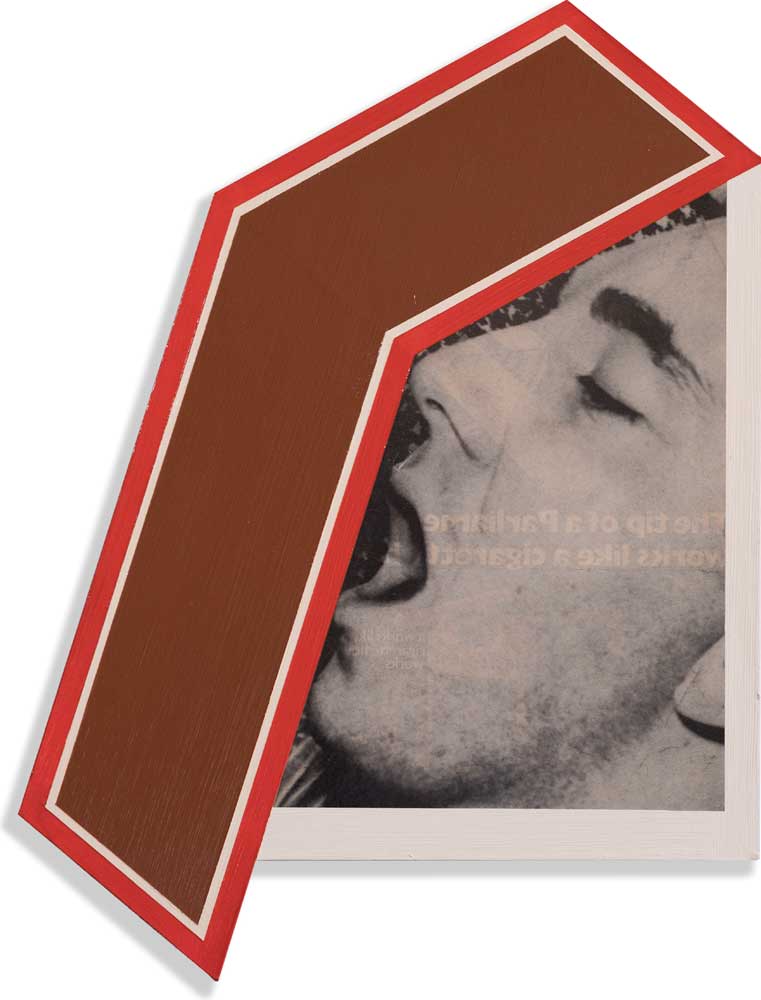 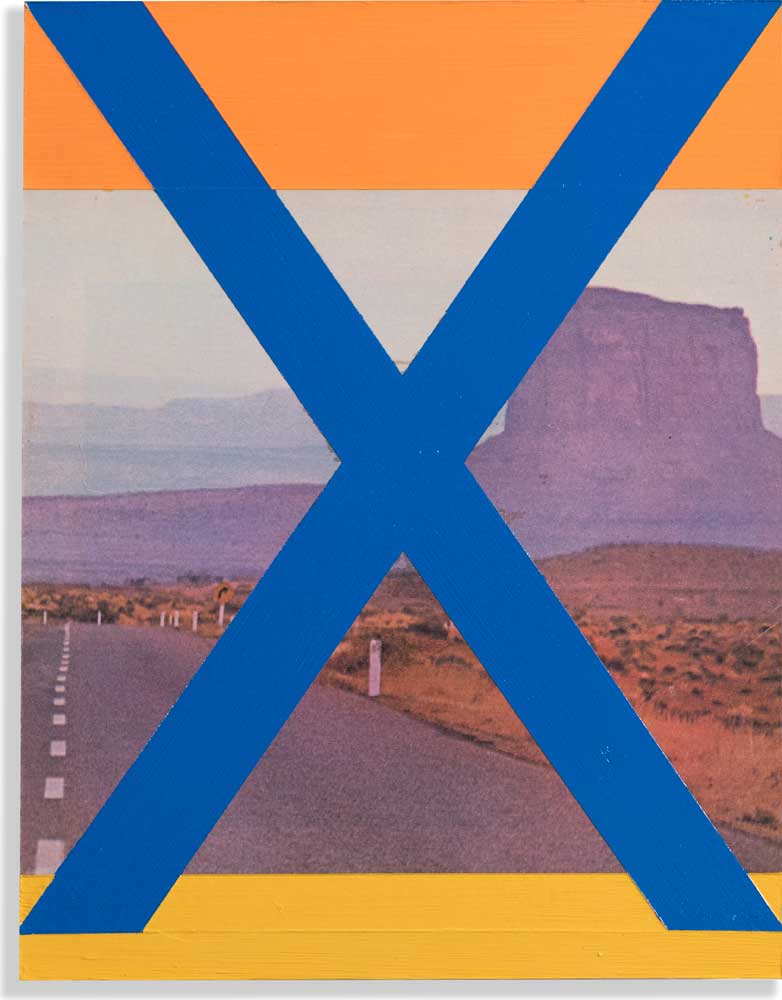 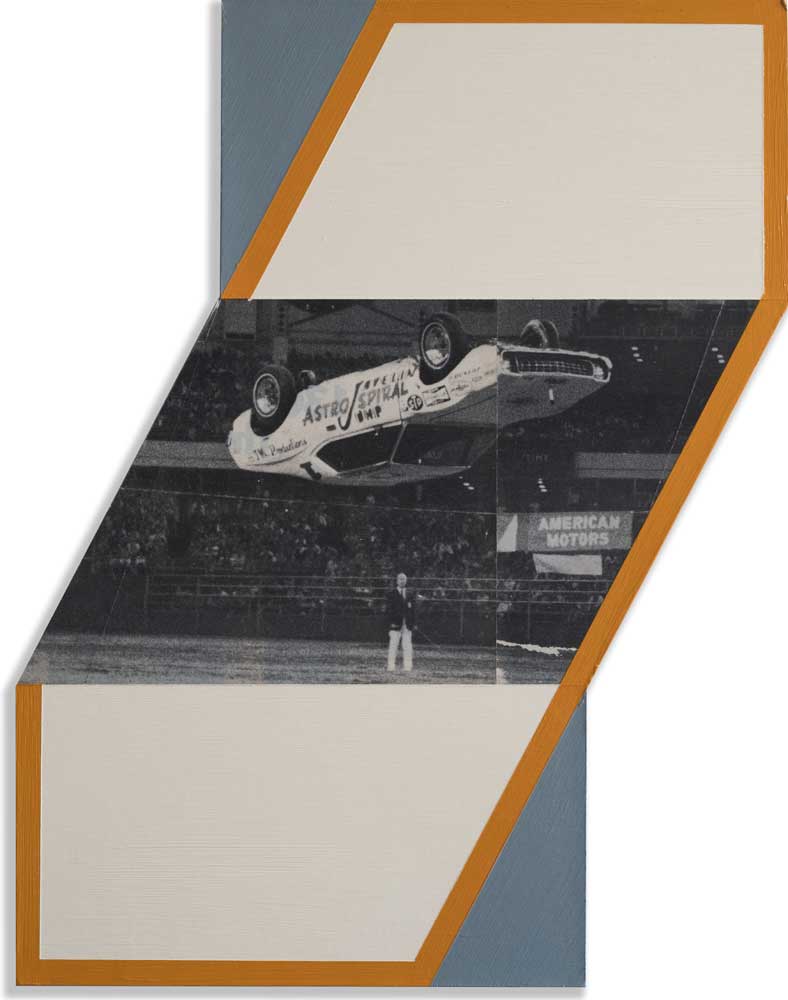 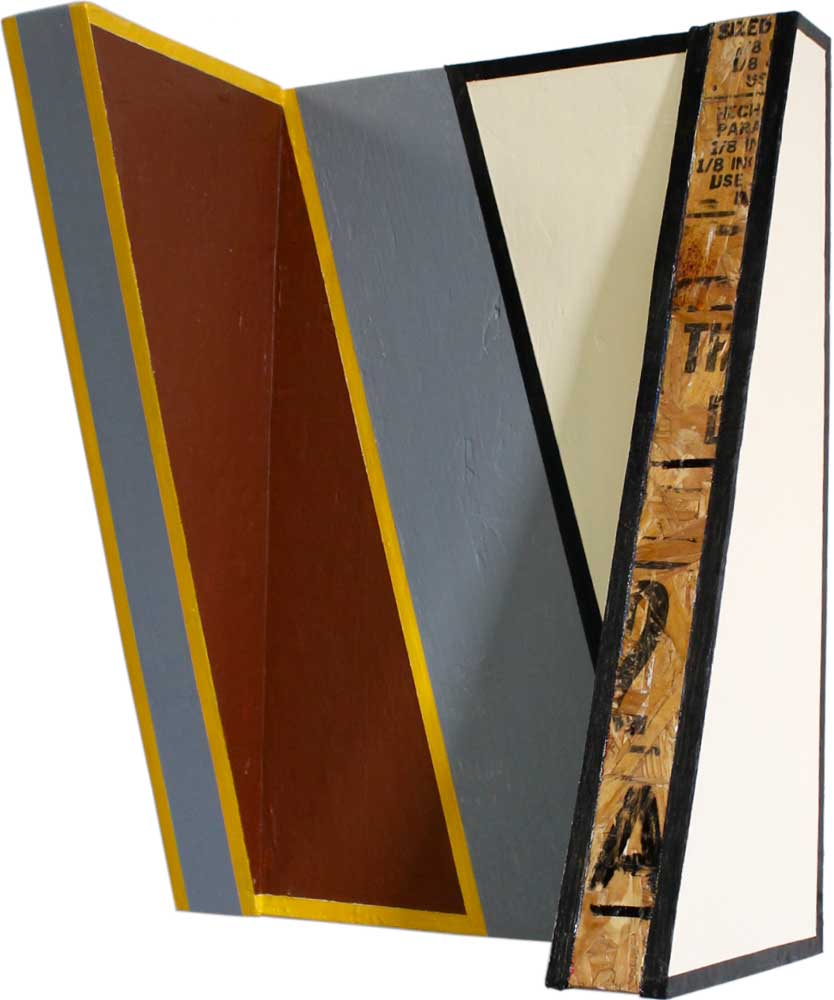 Harper’s Books is pleased to announce The Vanishing American, an exhibition of new work by painter and sculptor Matthew King. This presentation is King’s second solo show with Harper’s Books following his debut, This Side Down, at the East Hampton gallery in April 2015. Featuring a selection of works on Oriented Strand Board (OSB) and aluminum panel, this exhibition continues King’s exploration of hard-edge, geometrically abstract painting. The Vanishing American opens with a reception attended by the artist on Thursday, September 8, and will be on view at Harper’s Apartment on the Upper East Side through mid-October. A small-run handmade zine will also be released at the reception.

The muscular legacy of American culture from the 1960s and 70s has been a recurring subject for King. His airtight amalgamations deliberately reactivate predominant idioms of Minimalism, Op Art, and Appropriation Photography. Although the two bodies of work in The Vanishing American cohere into a single vision, each series operates under distinct formal concerns. King's systematically executed paintings on hulking OSB sheets explicitly reference the tradition of geometric, hard-edge abstraction. He layers thick bands of pigment that border and zigzag throughout the surface of his polyangle plane. On some of the OSB pieces, he rolls thin coats of asphalt over blocks of color in a looser manner, hinting at depth in the pictorial space. King’s rigid painterly style is carried over to his aluminum panel series. Here the brushwork intersects and covers photographs culled from vintage magazines and booklets. His precise marks strategically interrupt the closed system of his appropriated images, creating unresolved outcomes and suspended actions. Repeating motifs such as gaping mouths, illimitable roads, and expansive landscapes all suggest a lack of finality paradoxically enclosed in tightly ordered compositions.

In her review of King’s 2015 show in East Hampton, critic Janet Goleas noted, “[his] works re-frame and confound the so-called American Dream.” Formally and thematically, The Vanishing American is a jarring representation of a myth fading from view—one that started its process of disintegration nearly half a century ago, King’s period of focus. While the pillars of American iconography may erode over time, King's visual grammar functions both as a throwback to a previous era and as a nod for a language to come. The artist's chosen aesthetic reveals that past forms remain open, no matter how conclusive they may feel.

Matthew King completed his BFA at the Massachusetts College of Art and Design in 2010, where he was granted the Edward Movitz Painting Award. He has exhibited around the East Coast of the United States, including Boston, East Hampton, Miami, and Providence. King lives and works out of Boston. He is represented by Harper’s Books.