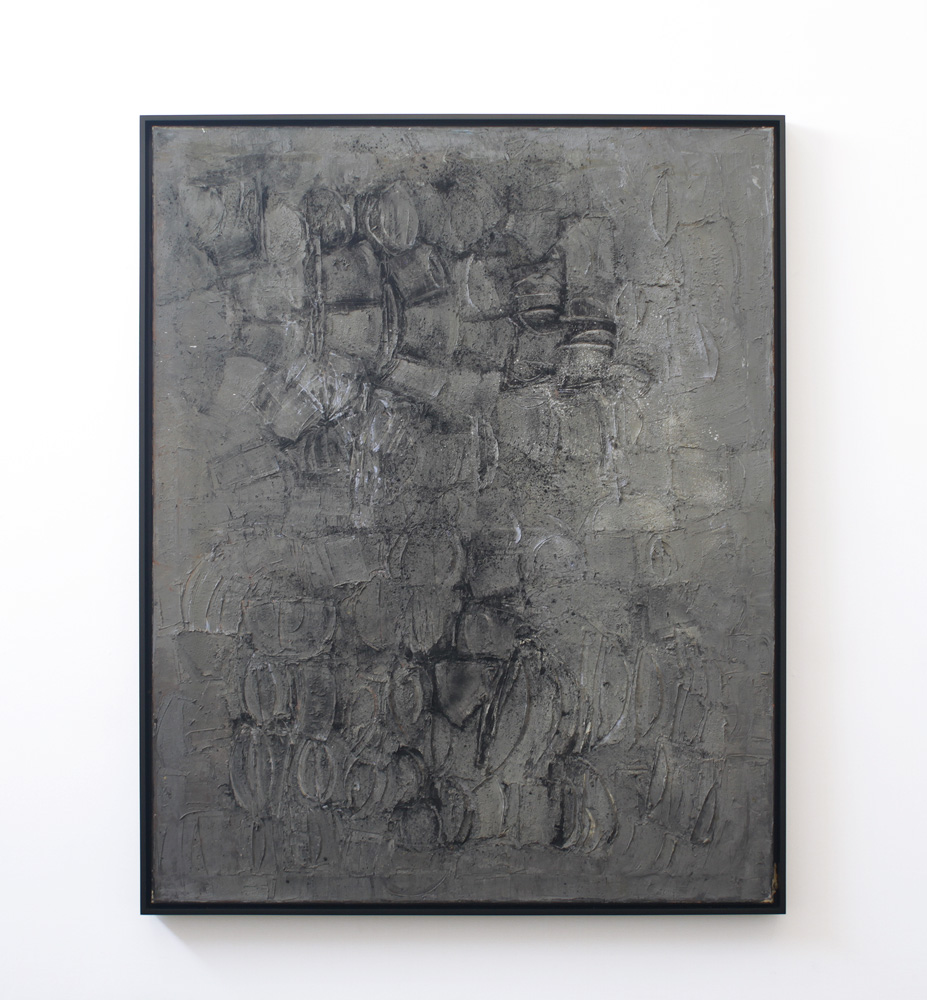 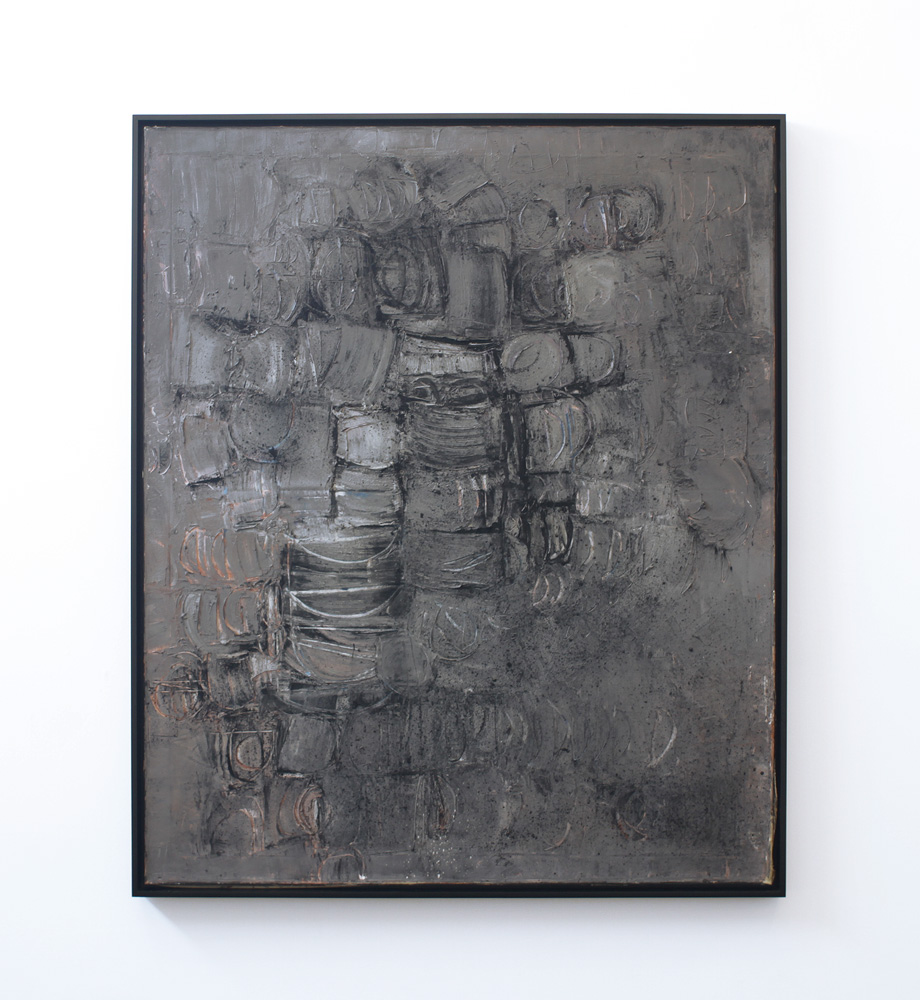 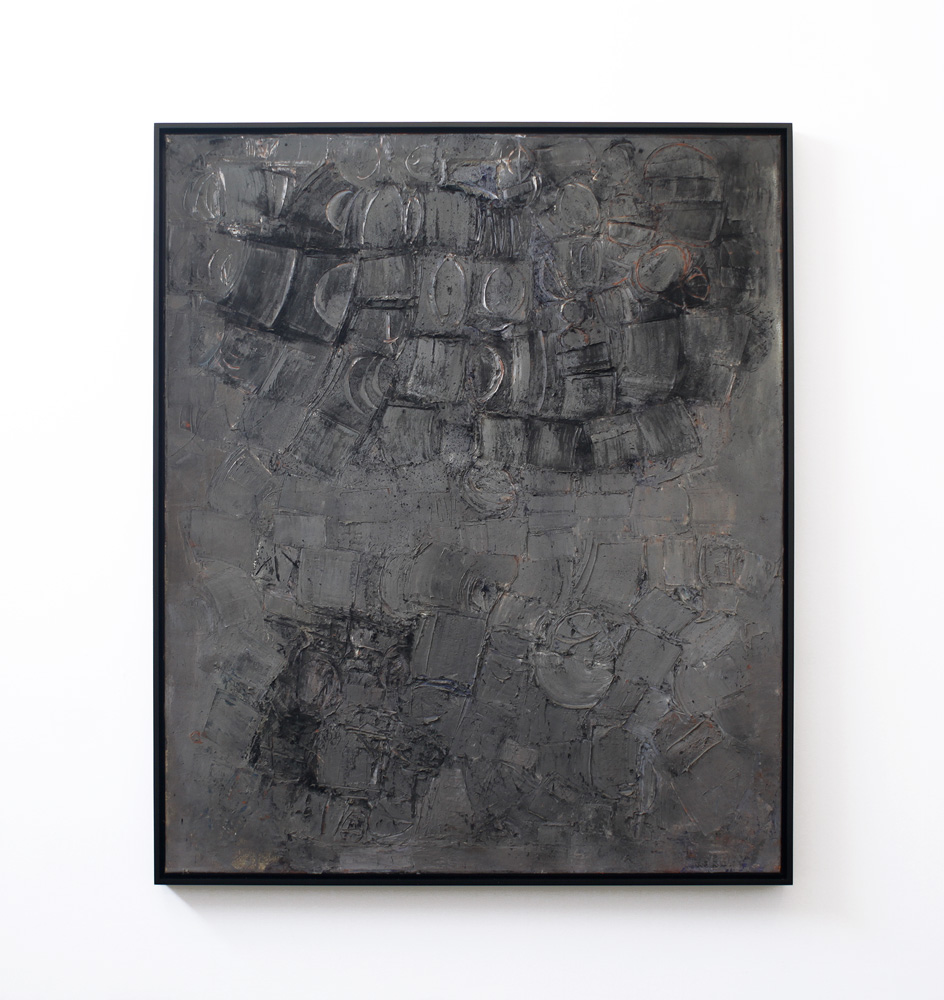 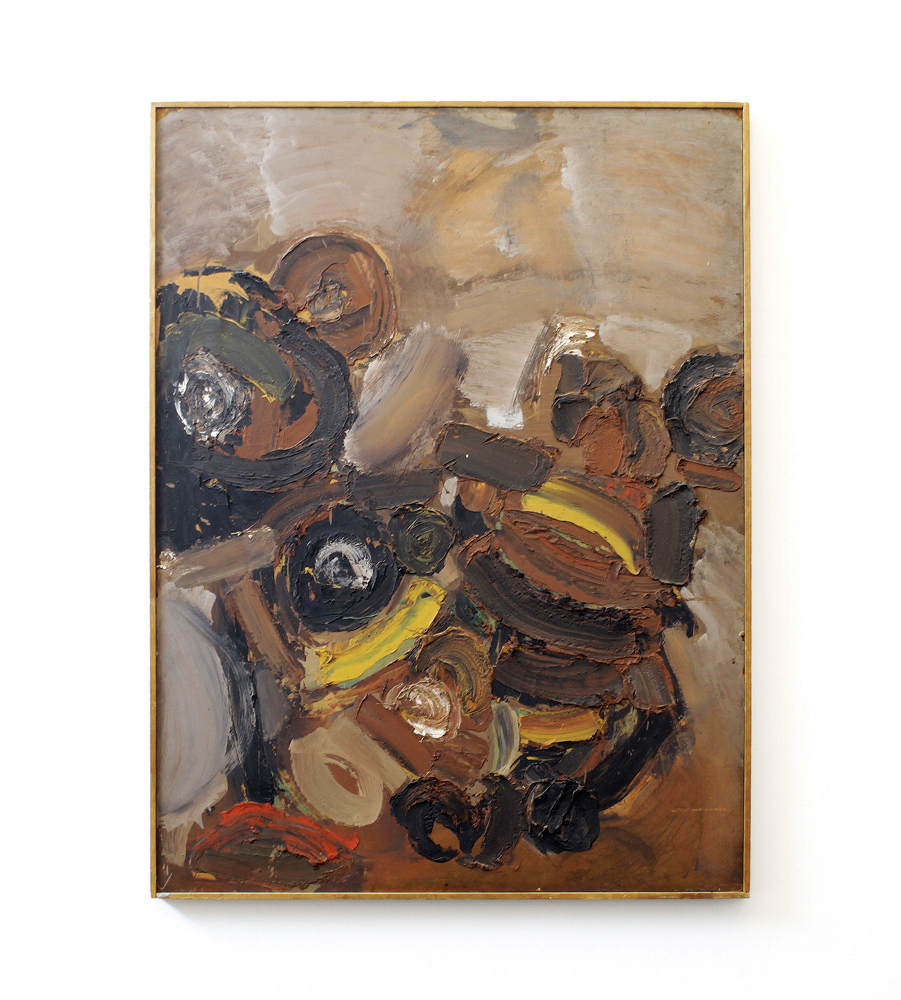 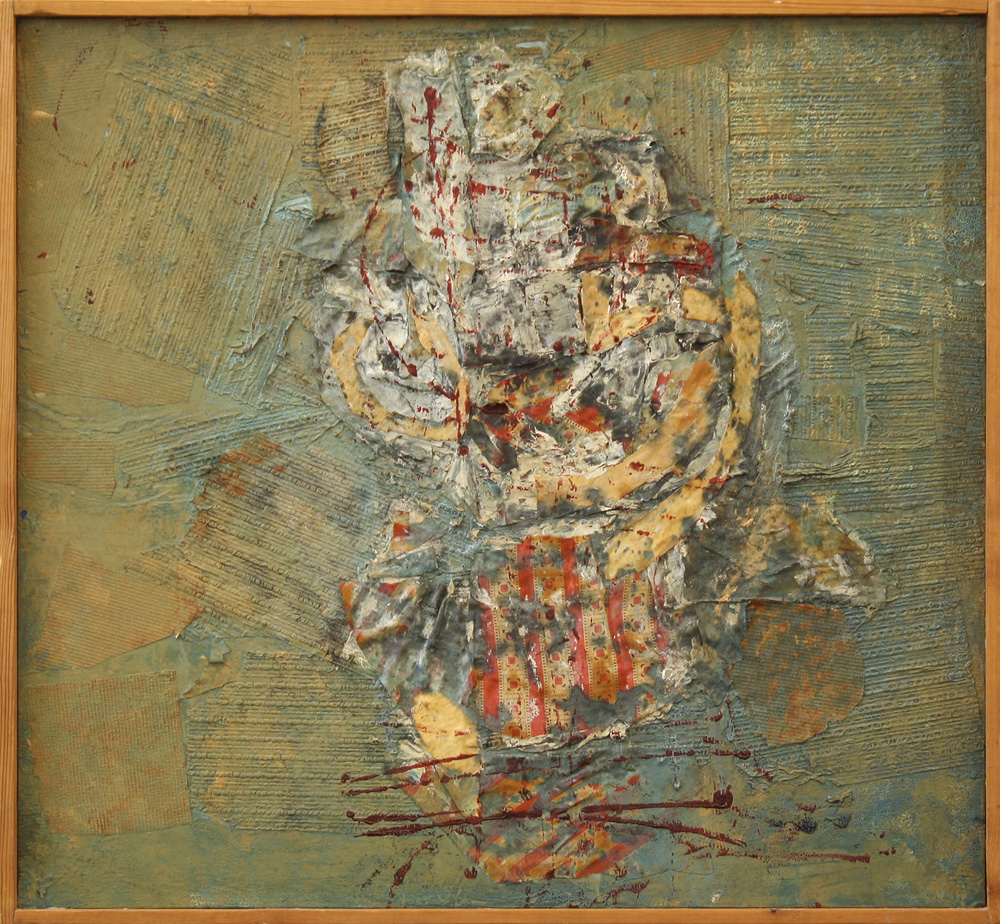 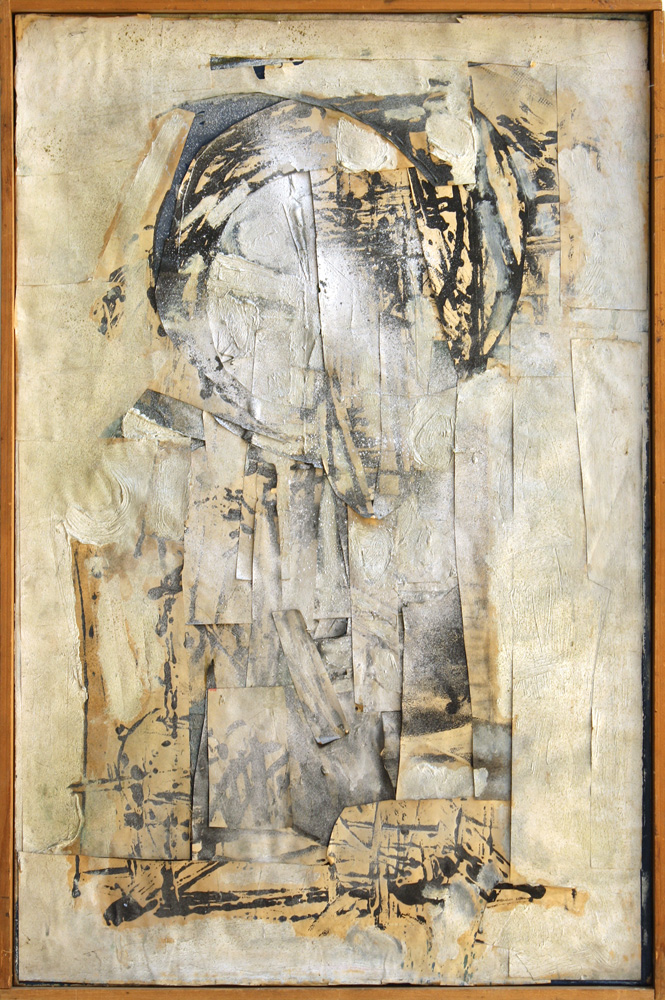 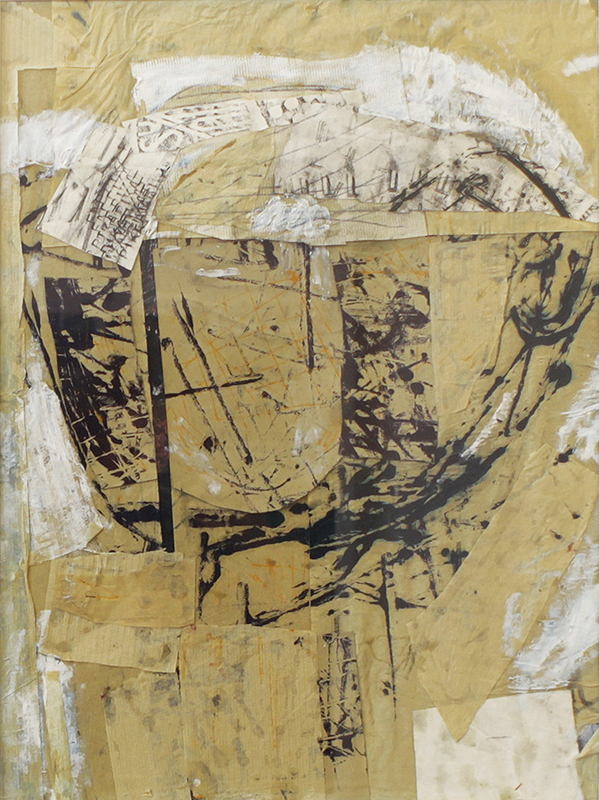 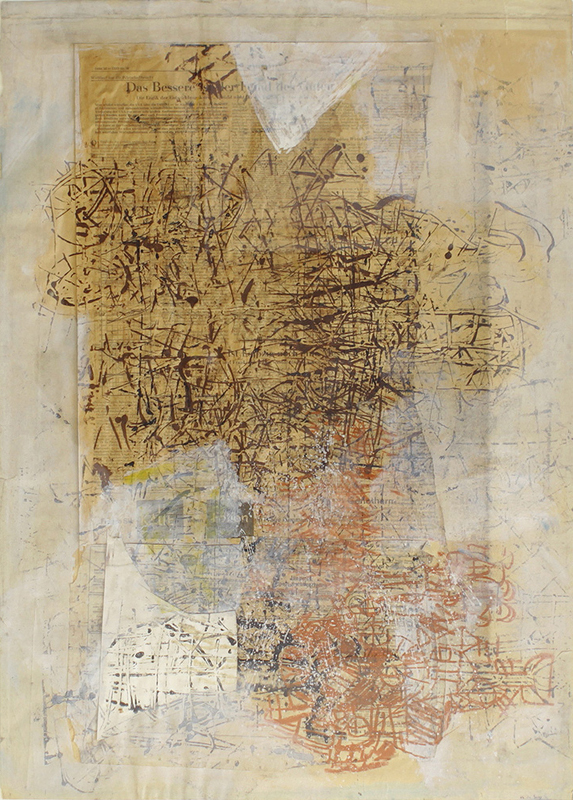 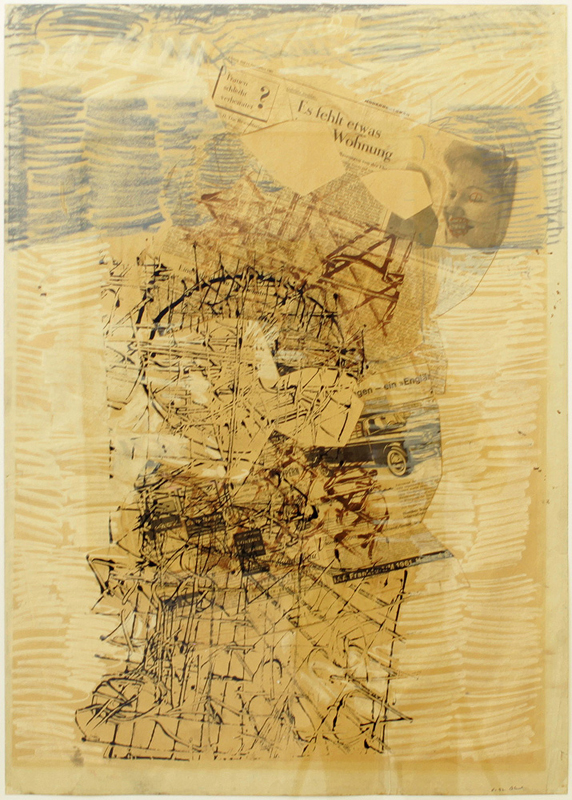 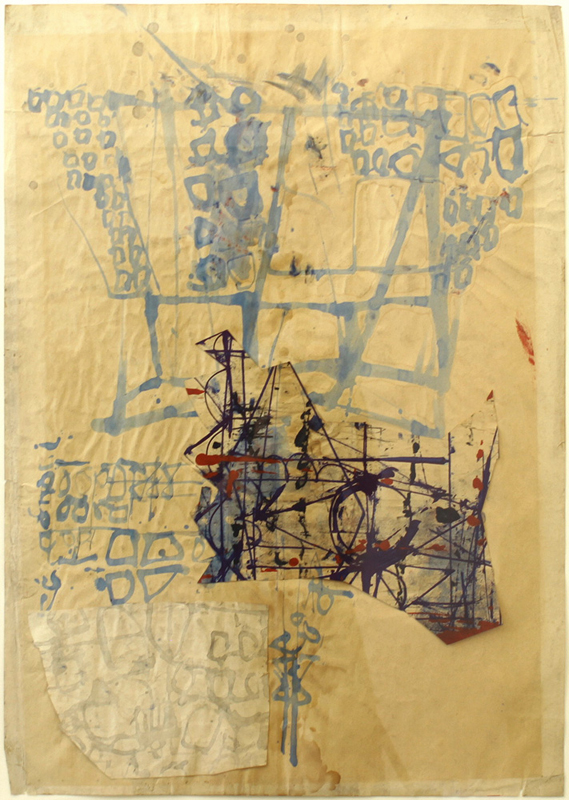 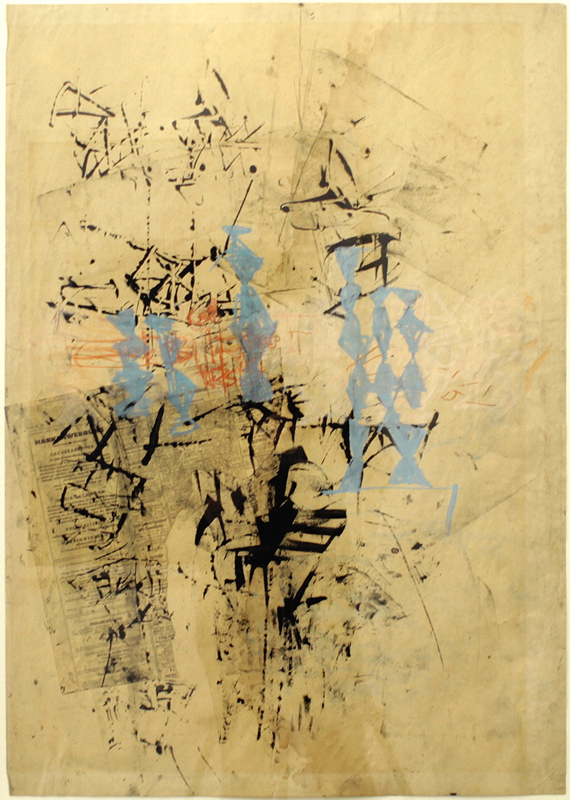 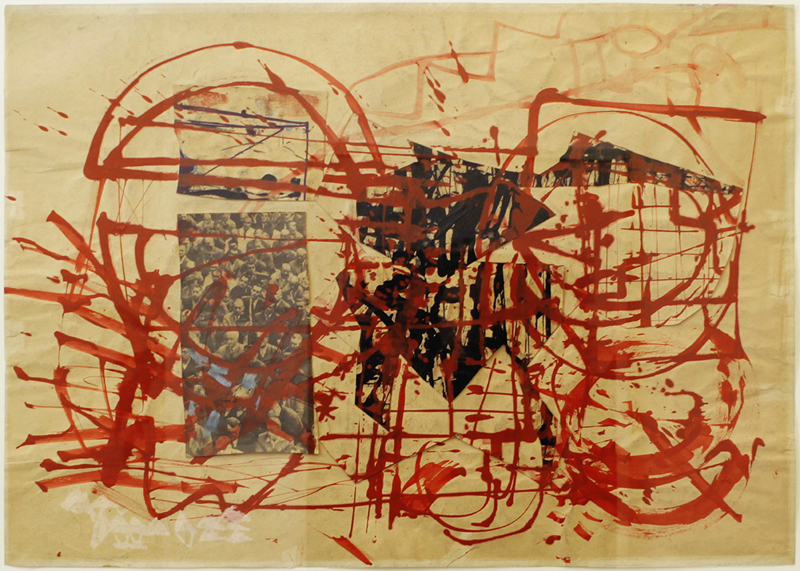 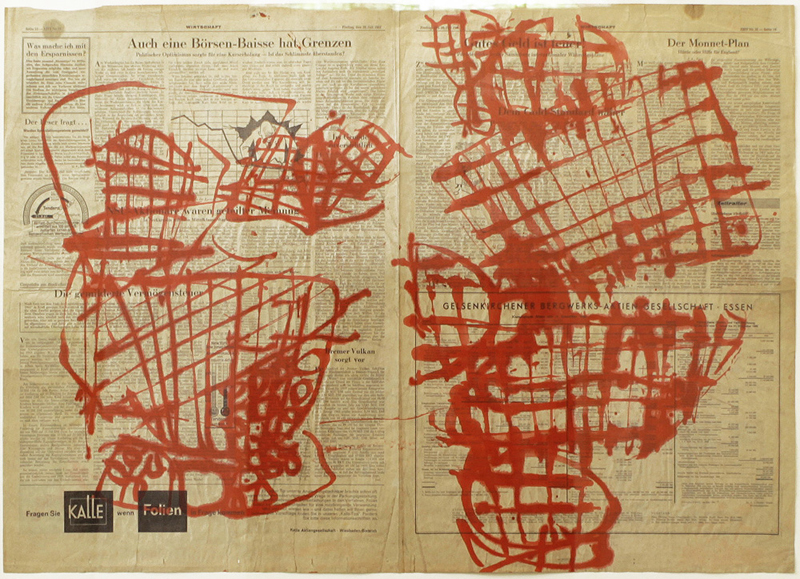 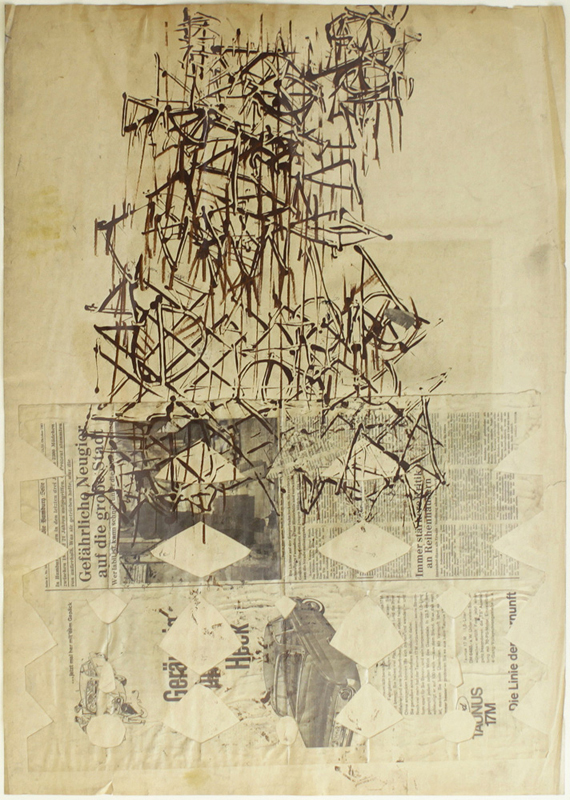 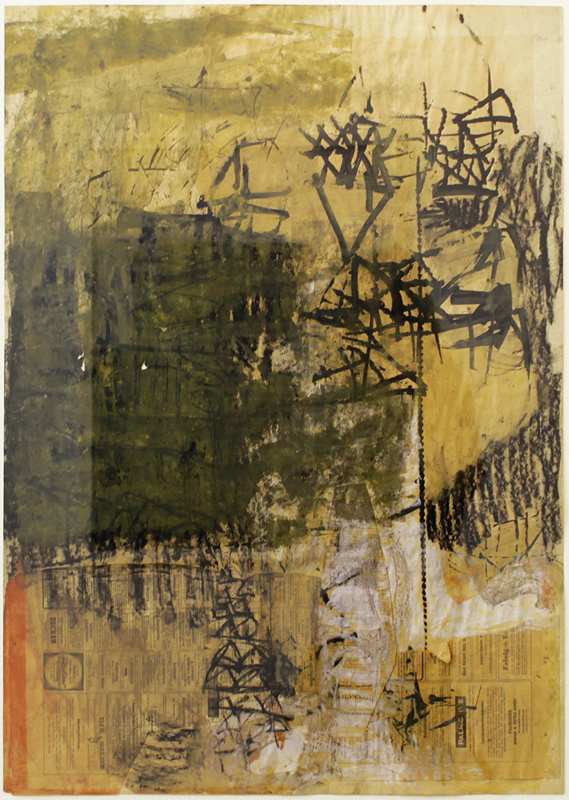 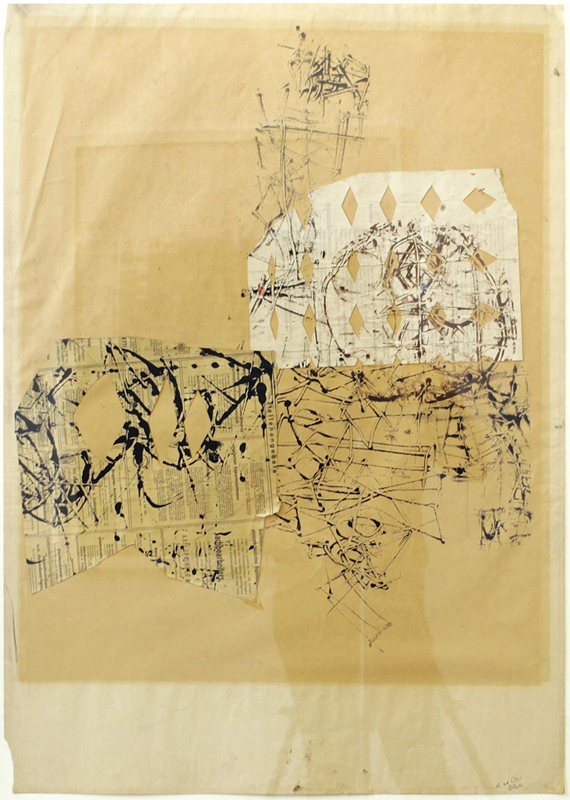 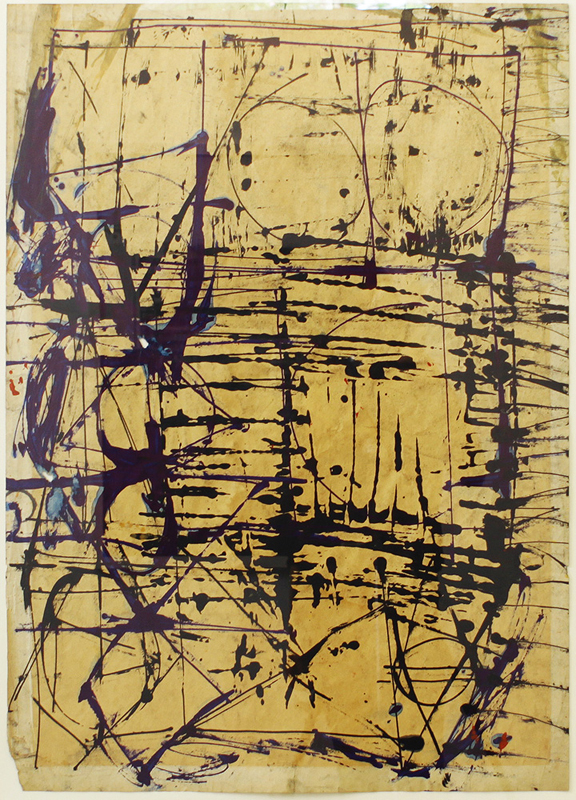 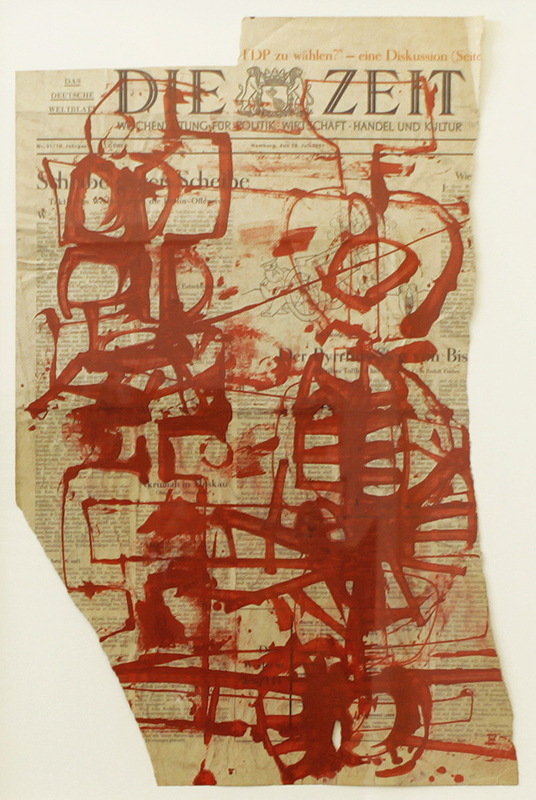 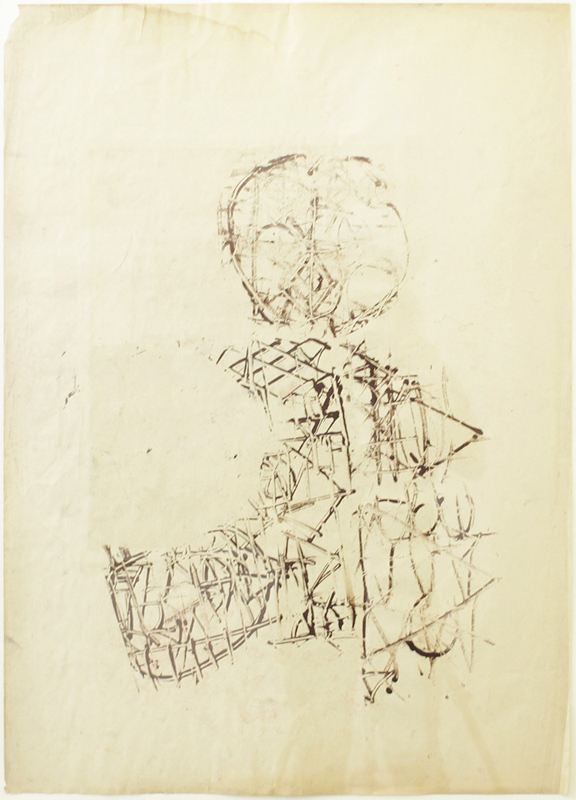 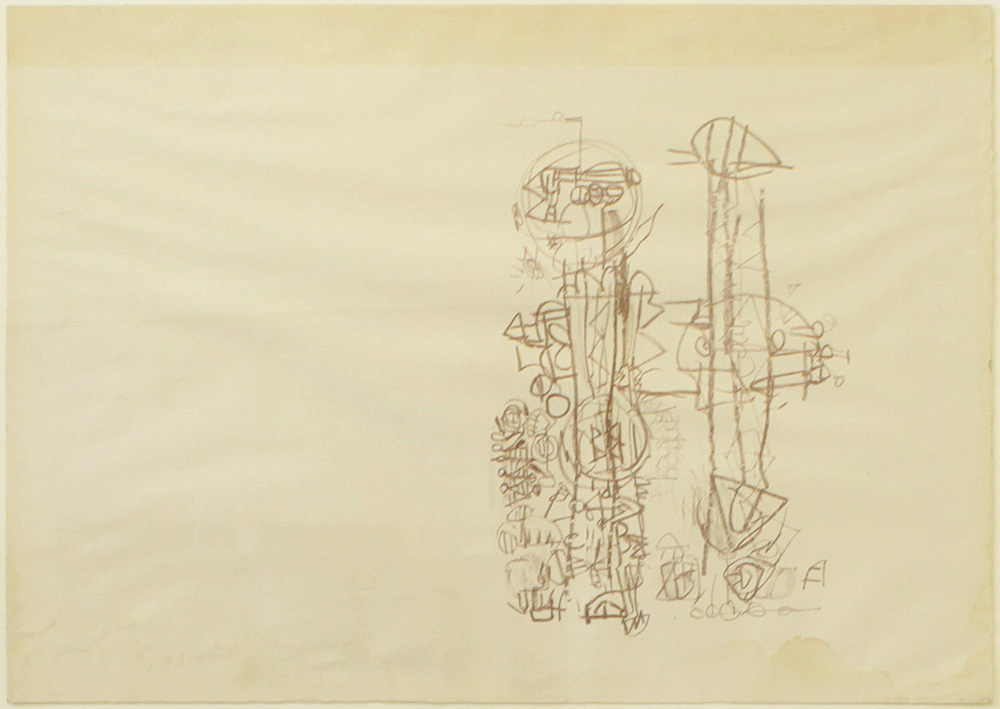 Harper’s Books is pleased to present an exhibition of nineteen paintings and works on paper by British artist Stuart Sutcliffe (1940–1962). Curated by Richard Prince, Stuart Sutcliffe: Yea Yea Yea marks the artist’s first U.S. retrospective since 2001. The subject of numerous international shows and much critical acclaim, these pieces signal the apotheosis of Sutcliffe’s late style, emphasizing his movement away from figuration into the collaged geometricism of his works on paper and the dense gestural abstraction of his paintings.

Although his legacy is most often overshadowed by his brief membership in an early lineup of The Beatles, Sutcliffe was recognized during his lifetime as a fount of incipient artistic potential, exhibiting at The Walker Art Gallery in Liverpool and participating in the John Moores Biennial while still a teenager. He was accepted into The Liverpool Regional College of Art at the age of sixteen and later attended Hamburg’s Hochschule für Bildende Künste under the tutelage of Pop artist Eduardo Paolozzi, who recognized his unbridled creative talent and exceptional promise early on.

In the years between 1957 and 1960, Sutcliffe met and befriended fellow art school student John Lennon, bought a bass guitar at John's urging with proceeds from the sale of one of his paintings to John Moores, and joined The Beatles, playing a formative role in the emerging band’s style and artistic direction. After a series of exhaustive all-night stints during the group’s notorious Hamburg tour, Sutcliffe abandoned his nascent musical career to pursue art full time. Moving in with his fiancée, the photographer Astrid Kirchherr, he immersed himself in the arts, working unremittingly on his canvases until his sudden and unexpected death at the age of twenty-one.

Whereas Sutcliffe’s brief life and career have been documented extensively in films, plays, books, and cultural lore, this exhibition seeks to recontextualize his oeuvre within the paradigm of the contemporary art world, highlighting the enduring significance of his work for both late Modernist art history and present-day artistic practices. Rather than consider what could have happened had he lived beyond his early twenties, Stuart Sutcliffe: Yea Yea Yea focuses on the impressive body of work he left behind, while examining its continued import and influence.

Informed by the context of postwar England and Germany, Sutcliffe's paintings, lithographs, and collages grapple with issues of representation while bringing, as critic Donald Kuspit notes, a renewed freshness to European permutations of Abstract Expressionism. Half a century after his death, his raw energy and nuanced approach to multimedia composition continue to resonate with audiences, cementing his place as a seminal figure within the broader spectrum of late twentieth century art. Richard Prince’s curation and accompanying text further evince the timelessly visceral impact of Sutcliffe’s aesthetic and its abiding relevance for artists working today.

The exhibition will be accompanied by a limited edition booklet featuring an essay by Richard Prince and published by Harper’s Books. Of an edition of five hundred copies, fifty will be signed by Richard Prince and Stuart’s sister Pauline, and five will include original artwork by Prince. In addition to the twenty-one works on display, highlights from the Stuart Sutcliffe archive will be exhibited in vitrines around the gallery. Providing insight into the working process, intellect, and development of the artist, this collection includes notebooks, sketches, correspondences, essays, and photographs from the years between 1956 and 1962. All images are provided courtesy of The Stuart Sutcliffe Estate.