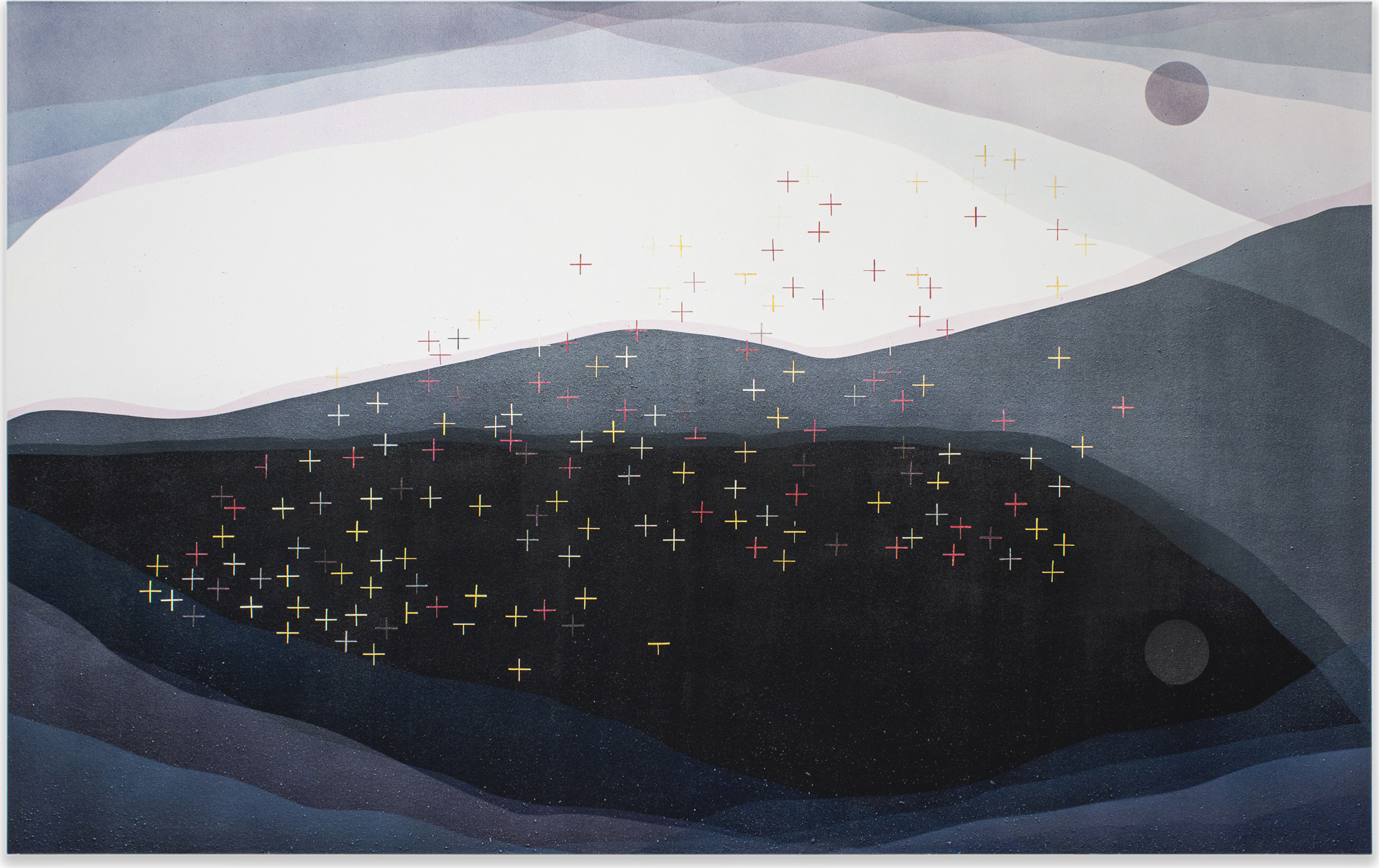 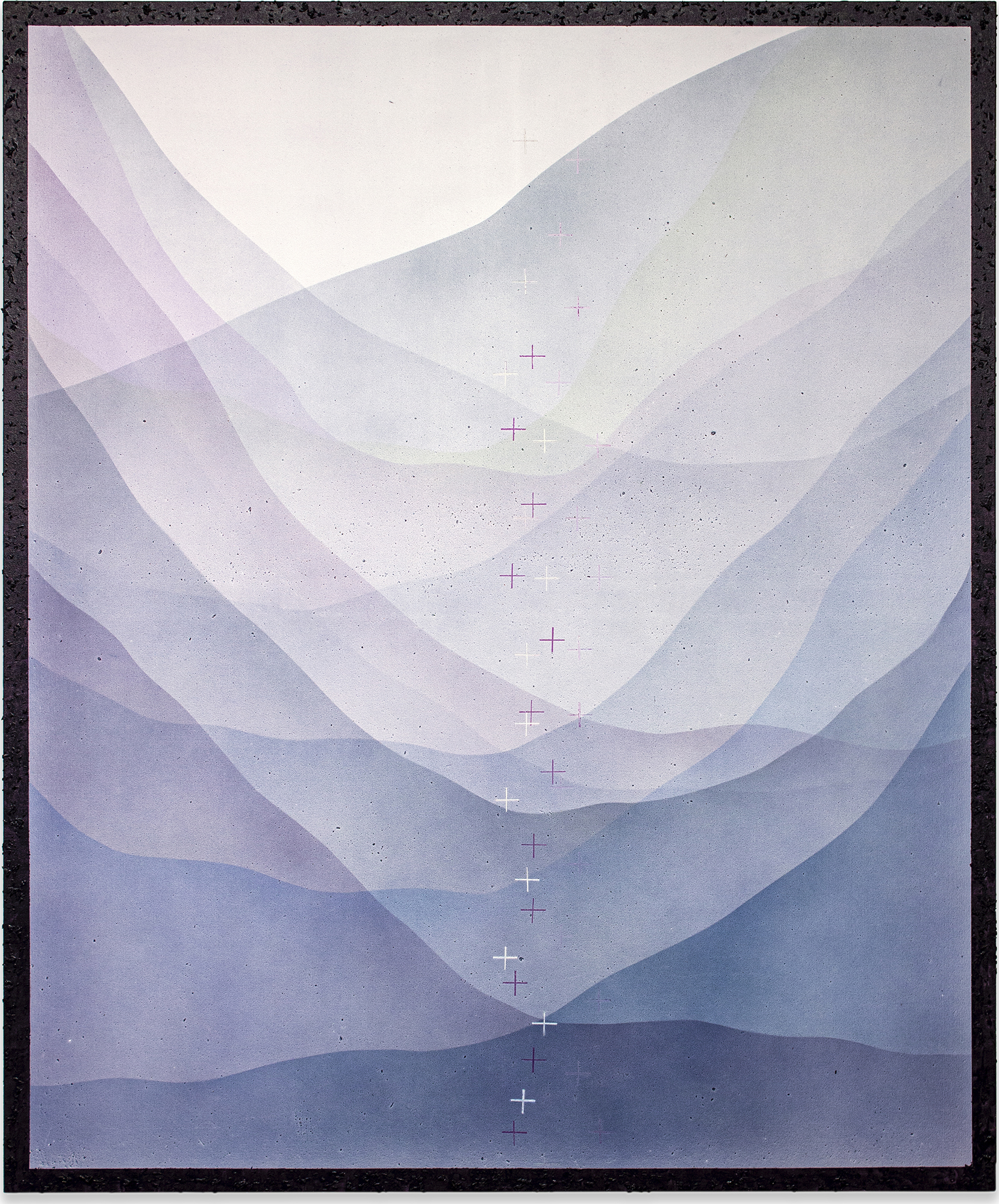 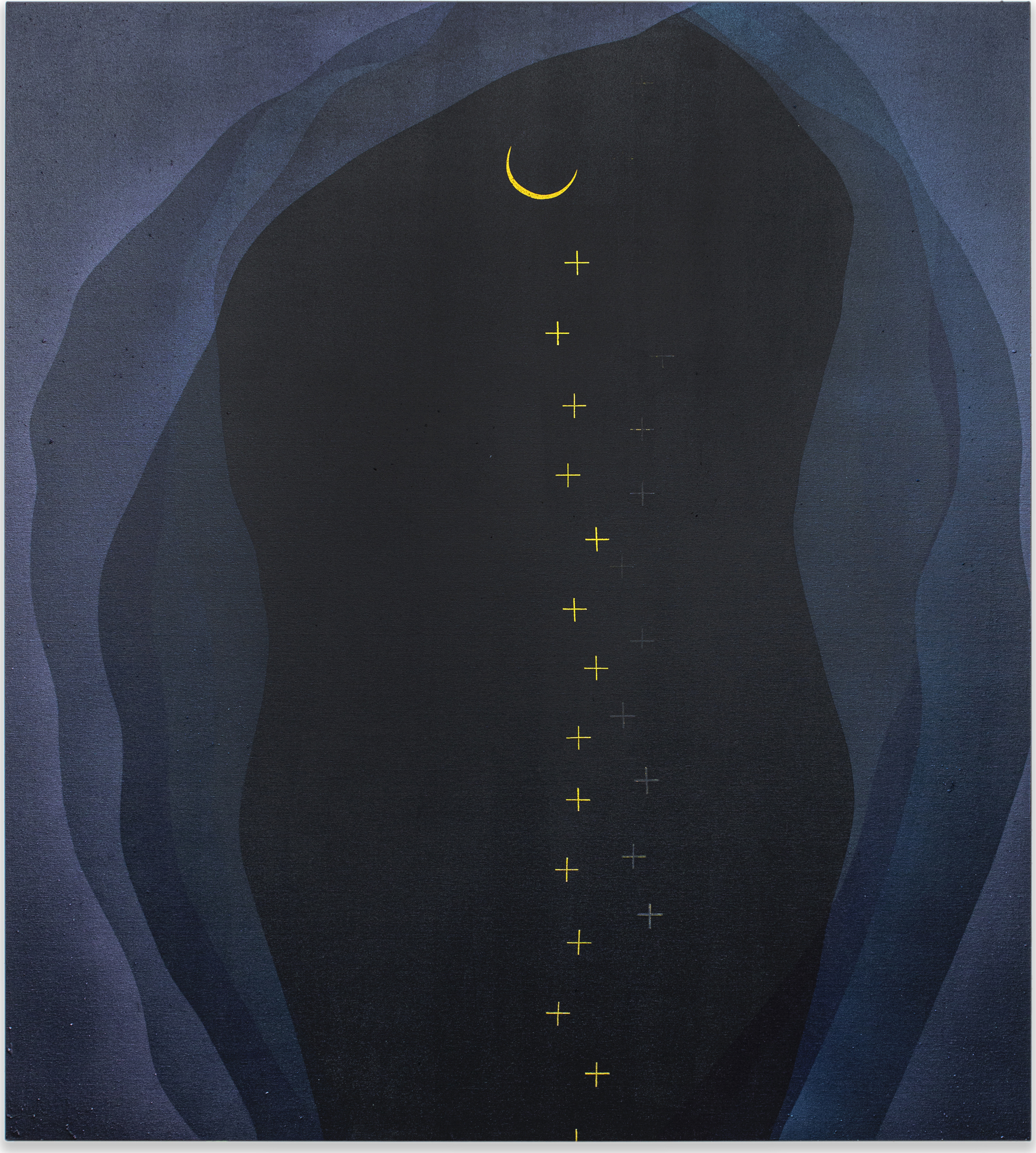 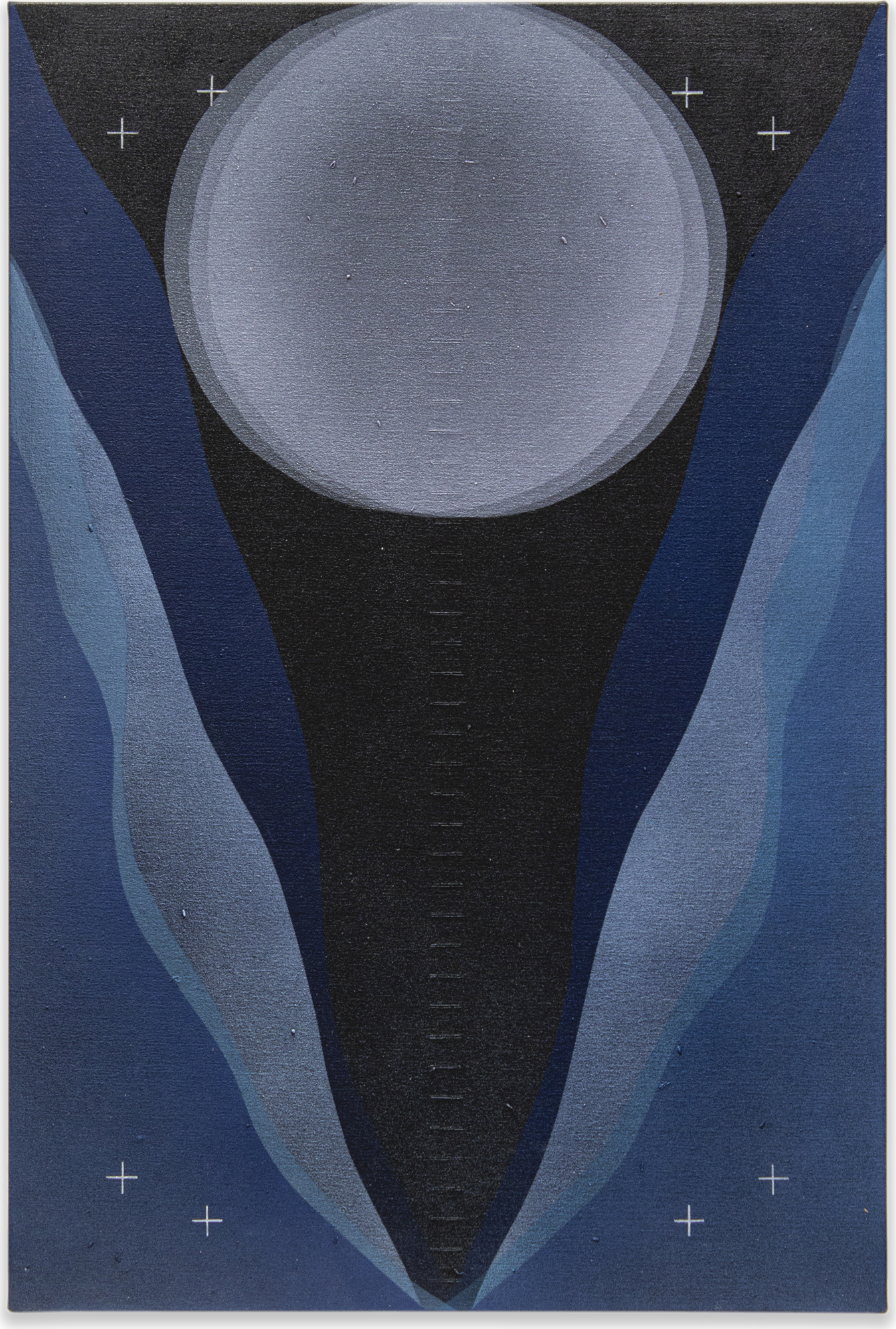 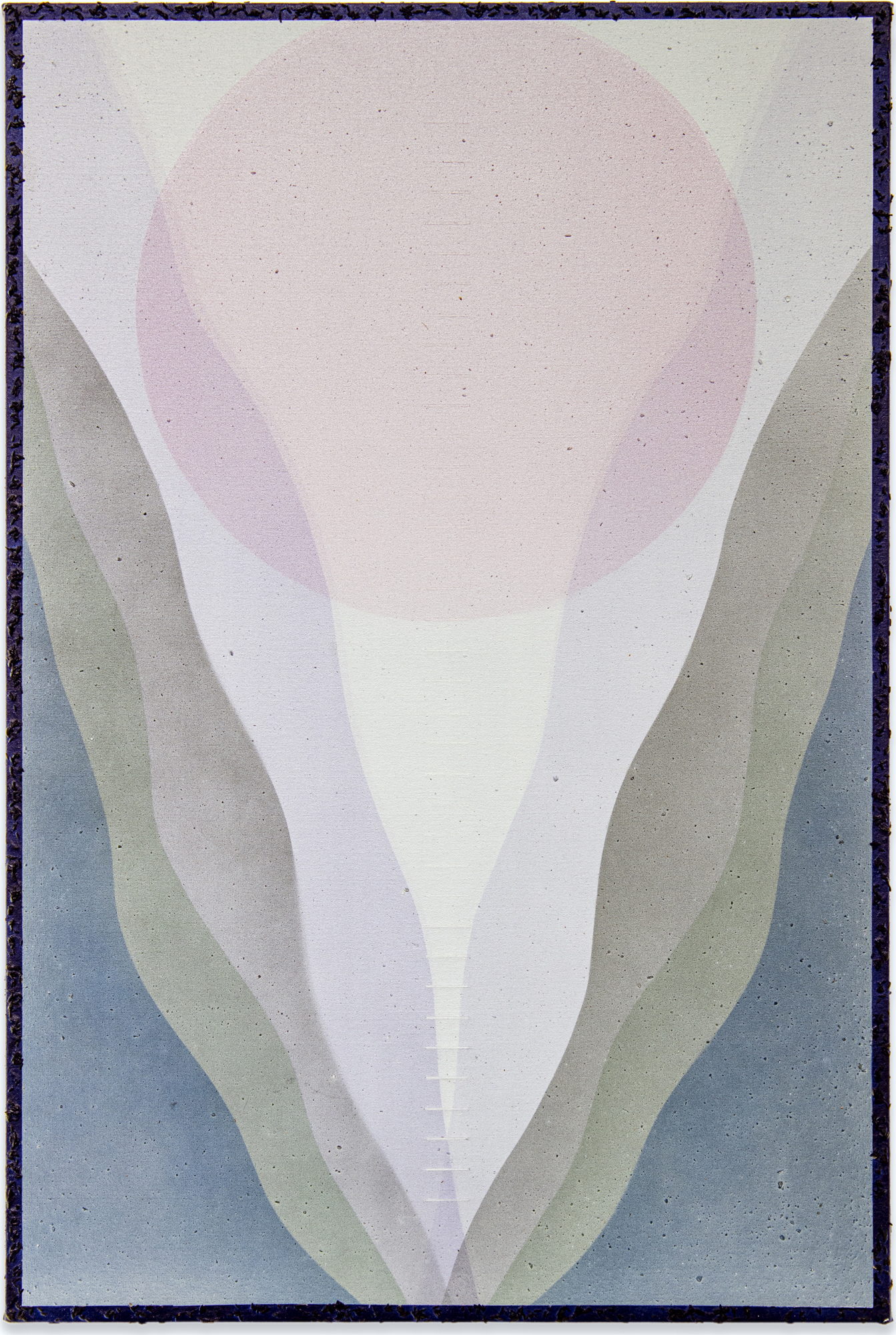 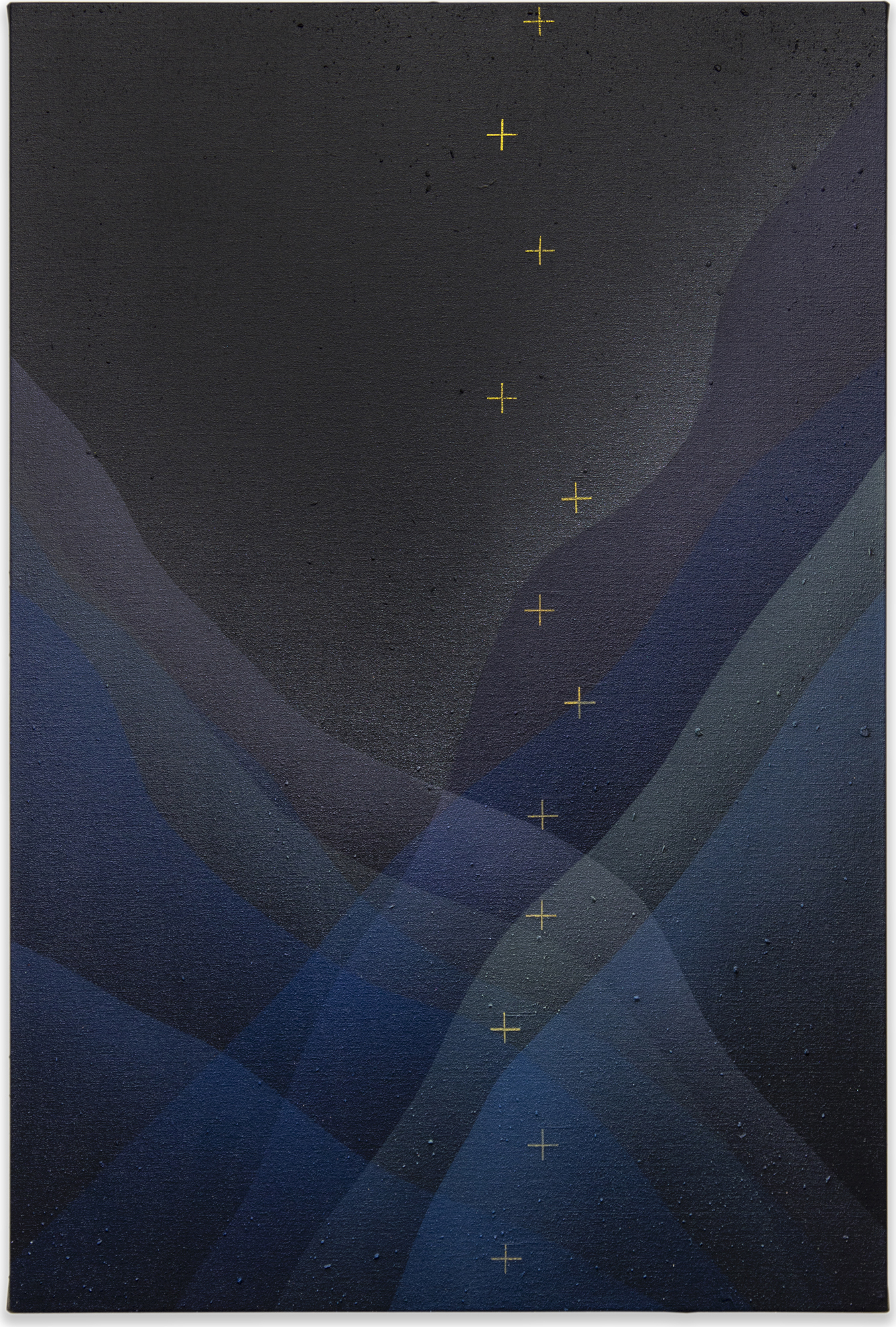 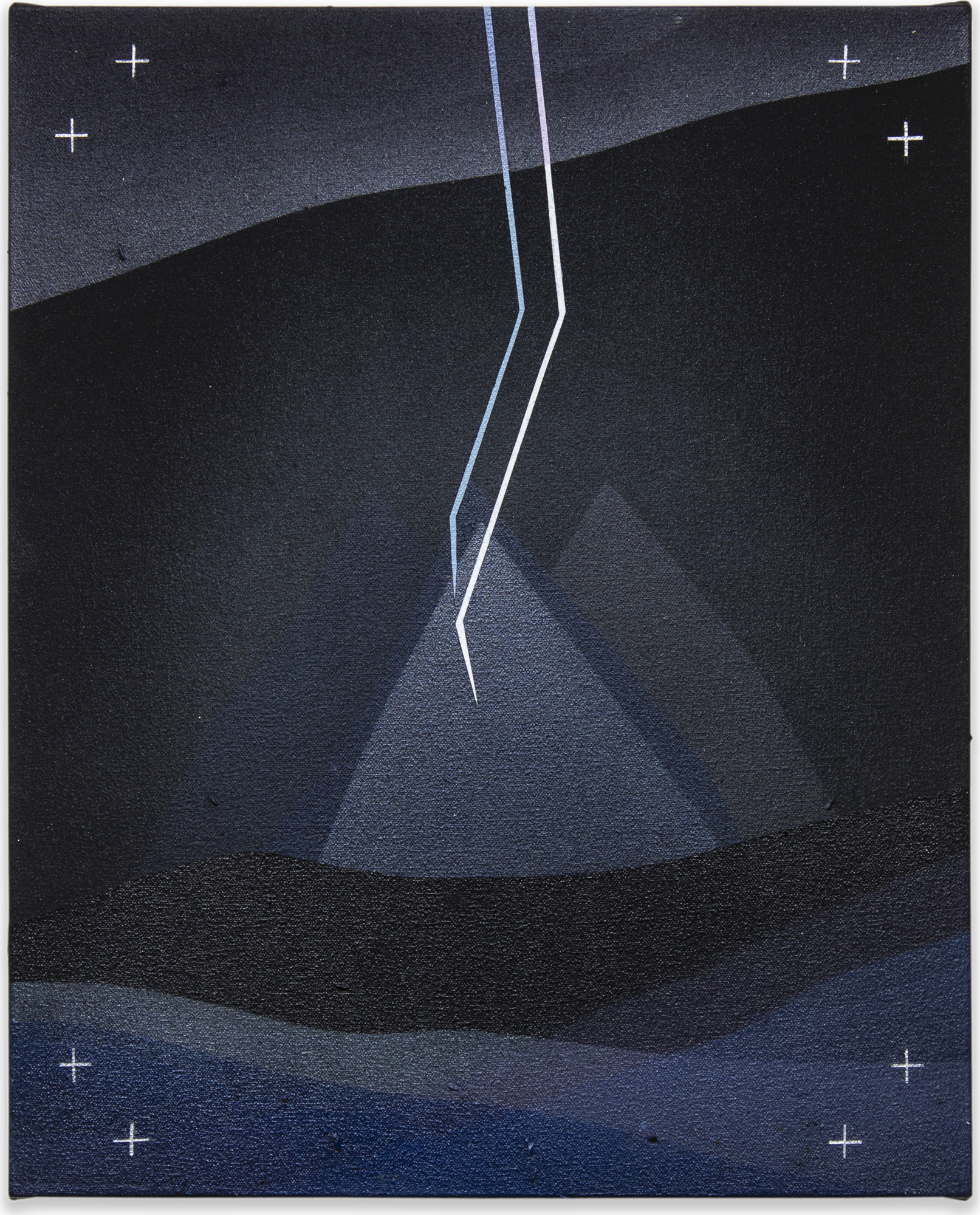 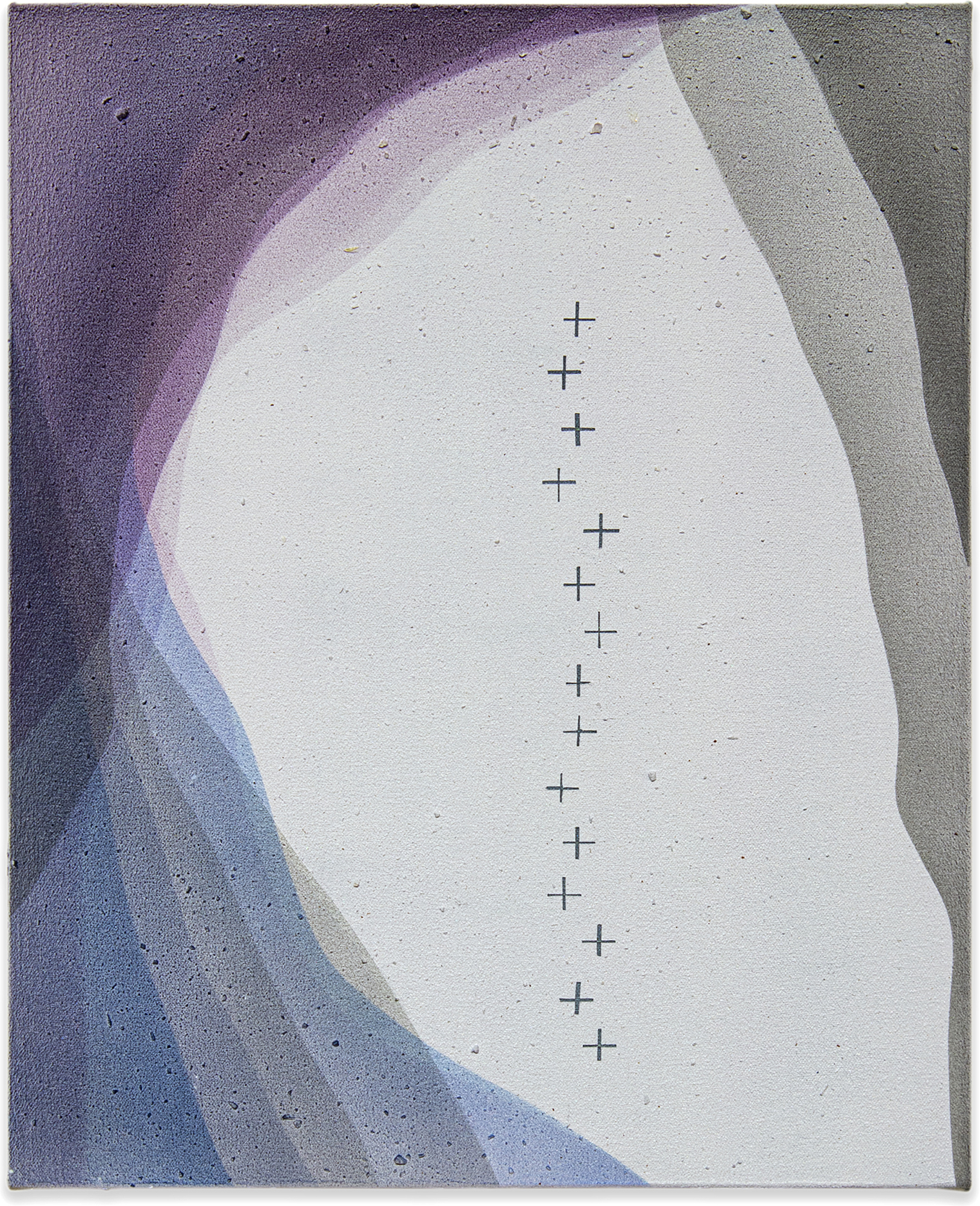 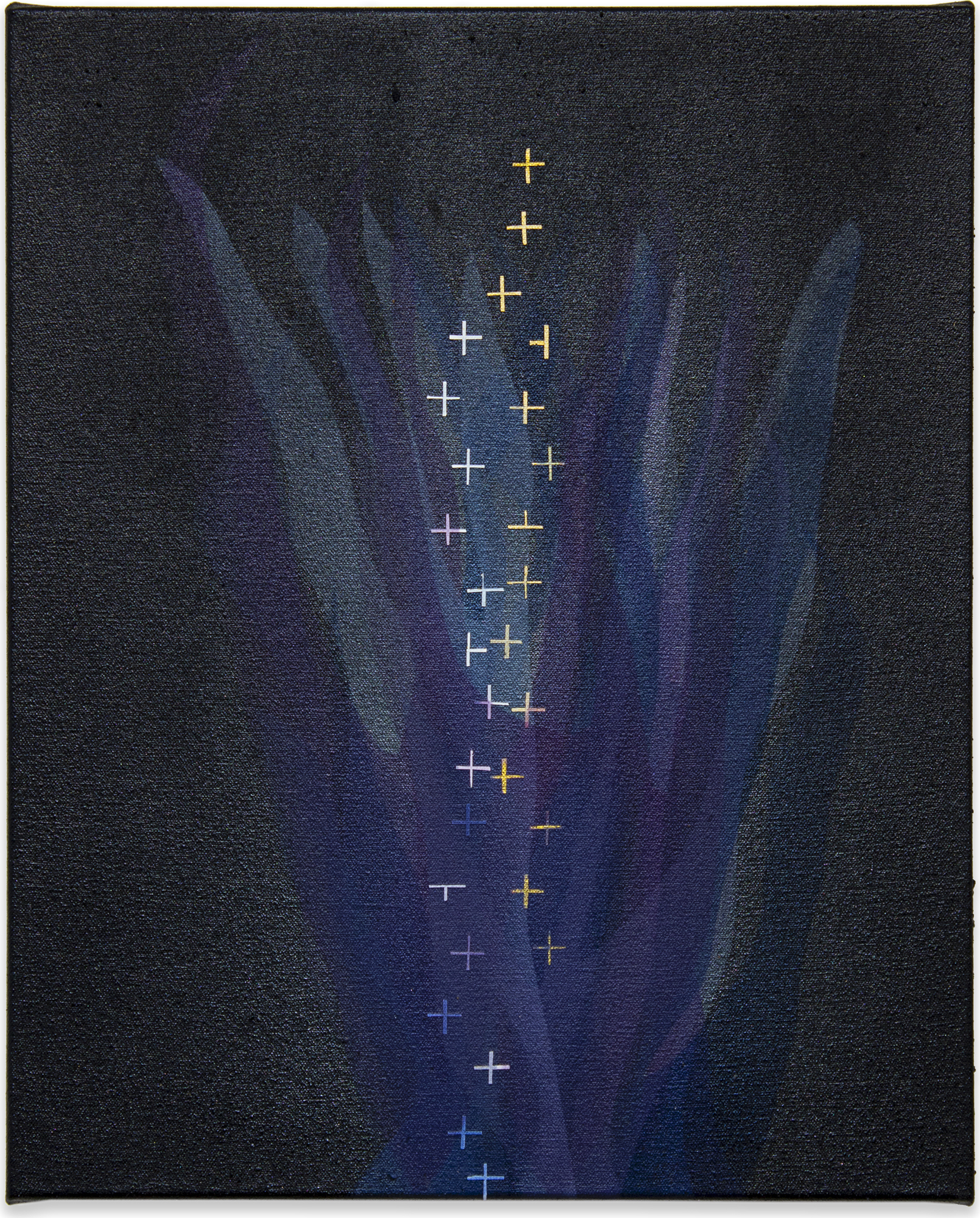 Harper’s is thrilled to present its first exhibition of paintings by Claire Colette and to announce the gallery’s representation of the artist. Fire, Rain, Heat, Night will bring together nine acrylic abstract paintings on canvas, coated with natural materials such as tree resin, rose water, and salt, that were produced over the last several months. Harper’s Apartment is open to the public from 12pm to 6pm Thursday through Saturday; no appointment is necessary to visit the exhibition.

Drawing upon the theories and visual motifs of mysticism, Colette contemplates the relationship between the individual and the broader world in densely textural canvases that push the boundaries of landscape painting. Built through a measured process of accumulation, in which washes of acrylic are air-brushed onto their surfaces and meticulously embedded with found materials, her work suggests the delicate interconnectedness of all things, from the ground below us to the cosmos above. Rolling, diaphanous panes of color simultaneously evoke the contours of the landscape and the human body, while their progressively rising or declining slopes hint at the gradual passage of time. With an artistic sensibility informed by the transcendentalism of Agnes Pelton and influenced by the abstraction of Georgia O’Keeffe and Joan Mitchell, Colette has developed a distinctive aesthetic that centers mysticism and adapts ancient belief systems for the specific afflictions of our current moment.

The works on view in this exhibition take up alchemy as both a conceptual theme and an artistic approach, offering a spiritual meditation on deep time and the nature of the material world. Inspired by the mountainous scenery of the western United States, their quiet, curvilinear forms at once convey hard earth and soft flesh, posing a formal ambiguity that intimates a primal link between the two. Single compositions nimbly shift between perspectives, while interspersed columns and clusters of crosses—an alchemical symbol representing the four natural elements—float dynamically across the canvases’ surfaces. The exhibition’s title, Fire, Rain, Heat, Night, fittingly updates the elements of fire, water, earth, and air for our dystopian present, amid the backdrop of the global pandemic, the intensified rhetoric of the presidential election, and Los Angeles’s raging wildfires. In this charged climate, Colette’s mesmerizing, incandescent paintings remind us of the greater continuums of time and space in which we, and all things, exist.

Claire Colette was born in France, grew up in California, and currently lives and works in Los Angeles. She completed her MFA at Mills College in 2013 and has been an artist-in-residence at the School of Visual Arts, New York, and Root Division, San Francisco. Most recently, Colette has presented her paintings in solo and two-person exhibitions at Ochi Gallery, Ketchum, Idaho (2020); Ochi Projects, Los Angeles (2018); Johansson Projects, Oakland (2017); and Hunter Shaw Fine Art, Los Angeles (2017). Her work is in the collection of the de Young Museum, San Francisco, and has been featured in numerous group exhibitions, including 36 Paintings at Harper’s in East Hampton, which was on view from June 13 to July 14, 2020. In addition to her visual art practice, Colette is also a poet and has released two volumes of poetry.