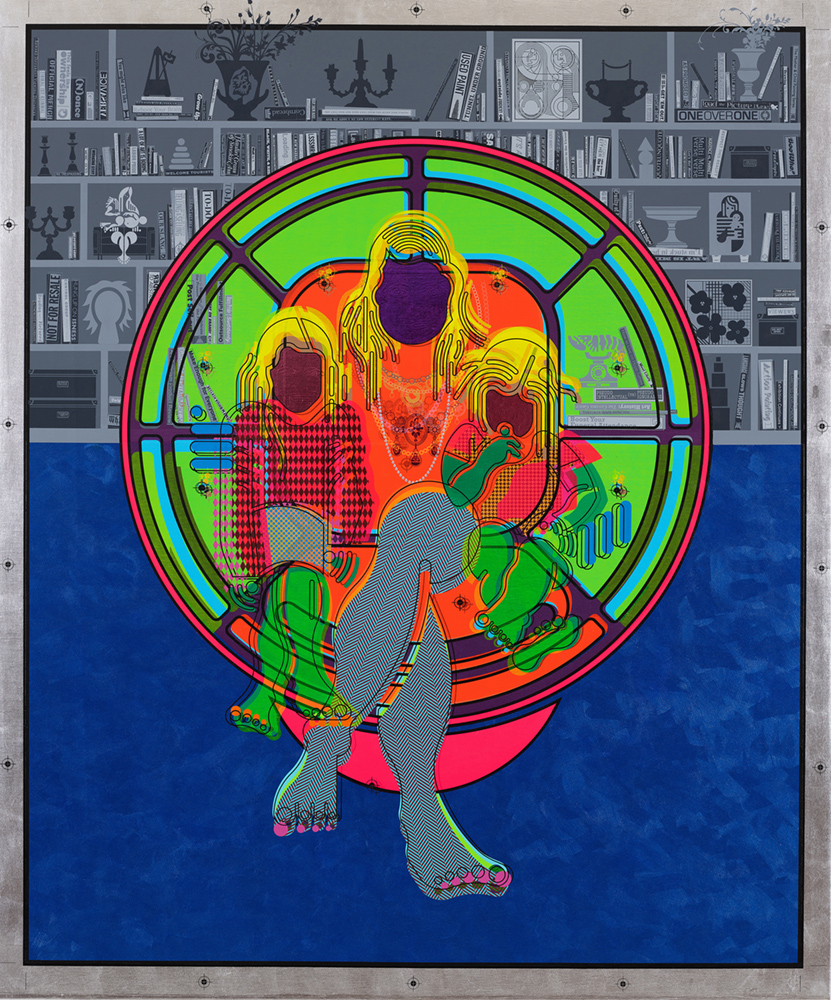 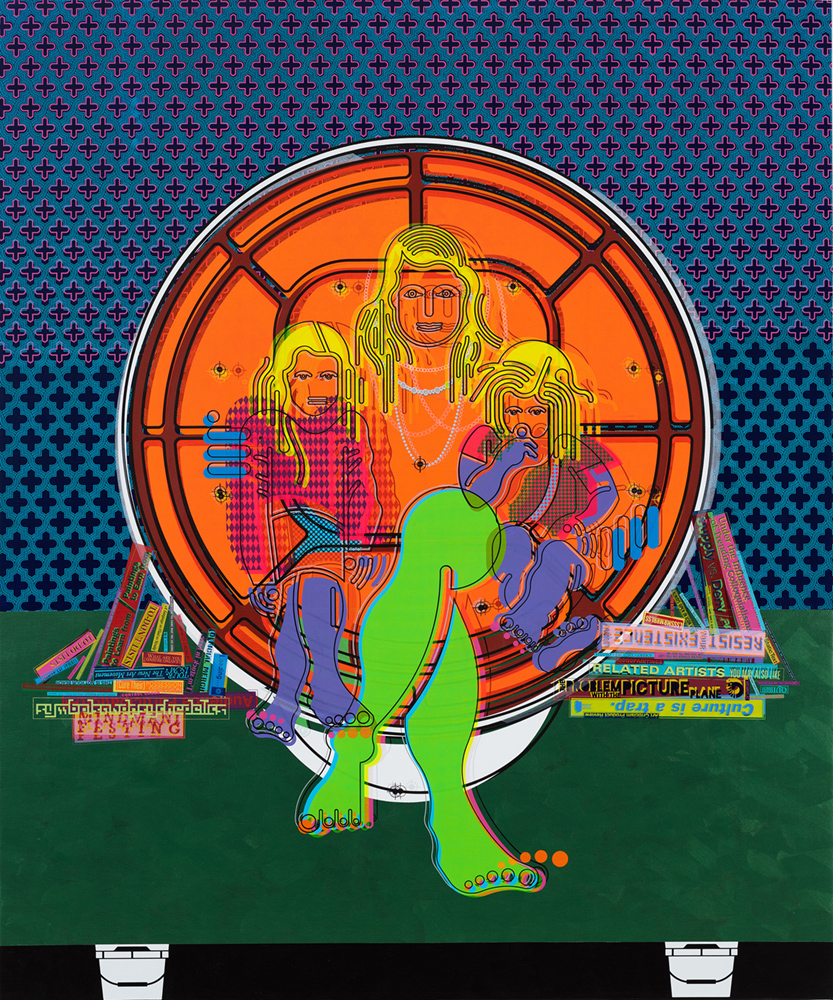 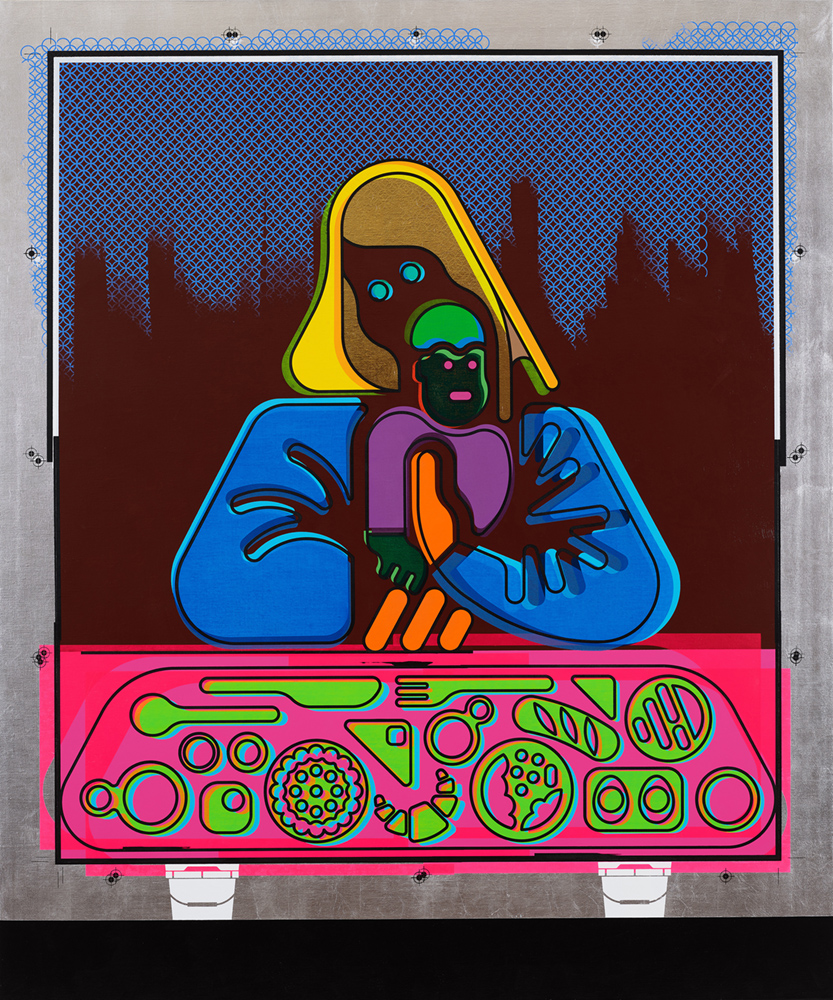 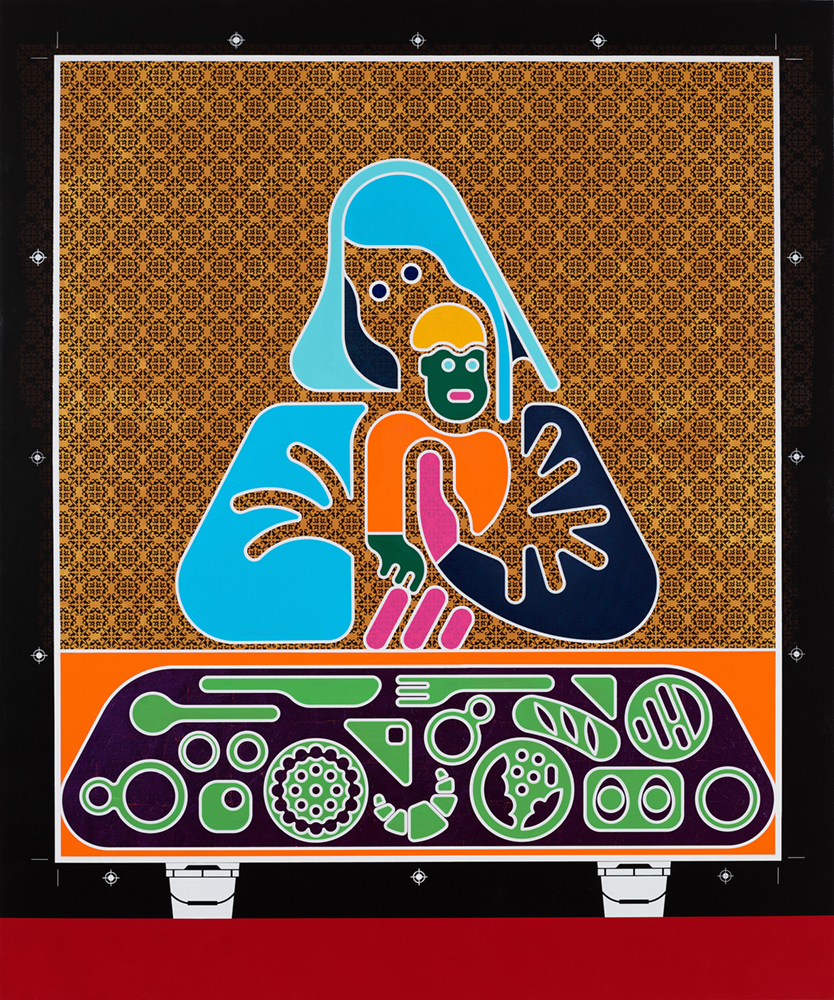 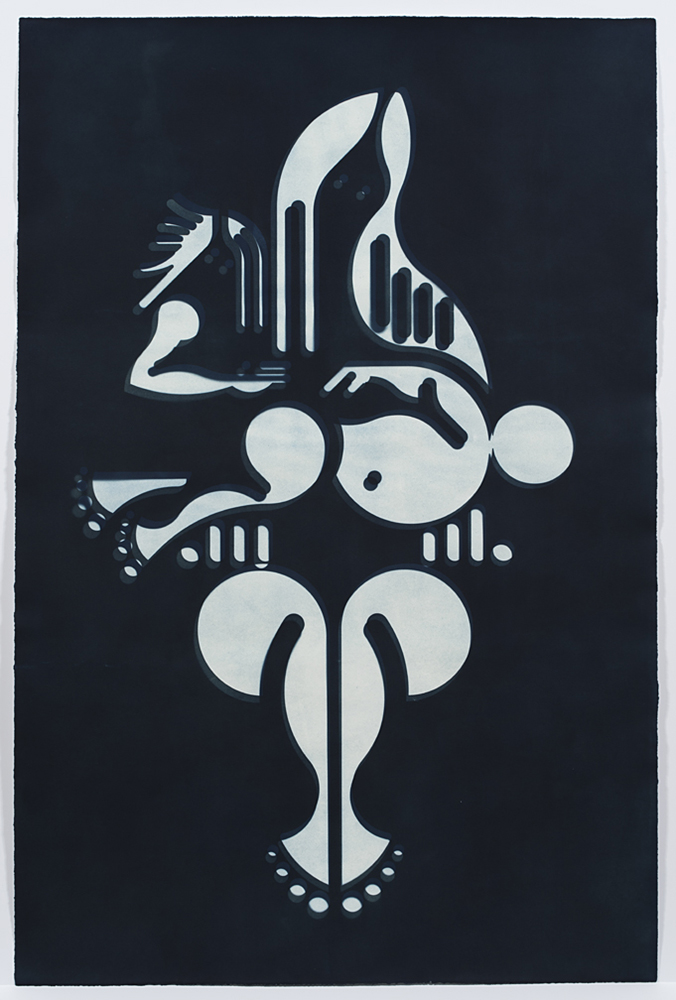 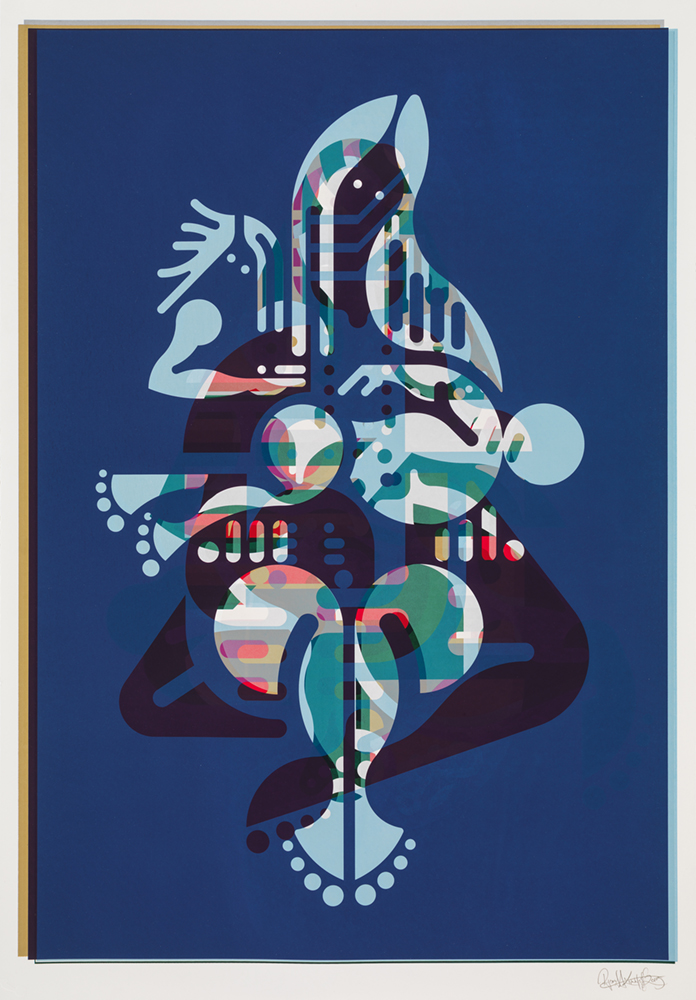 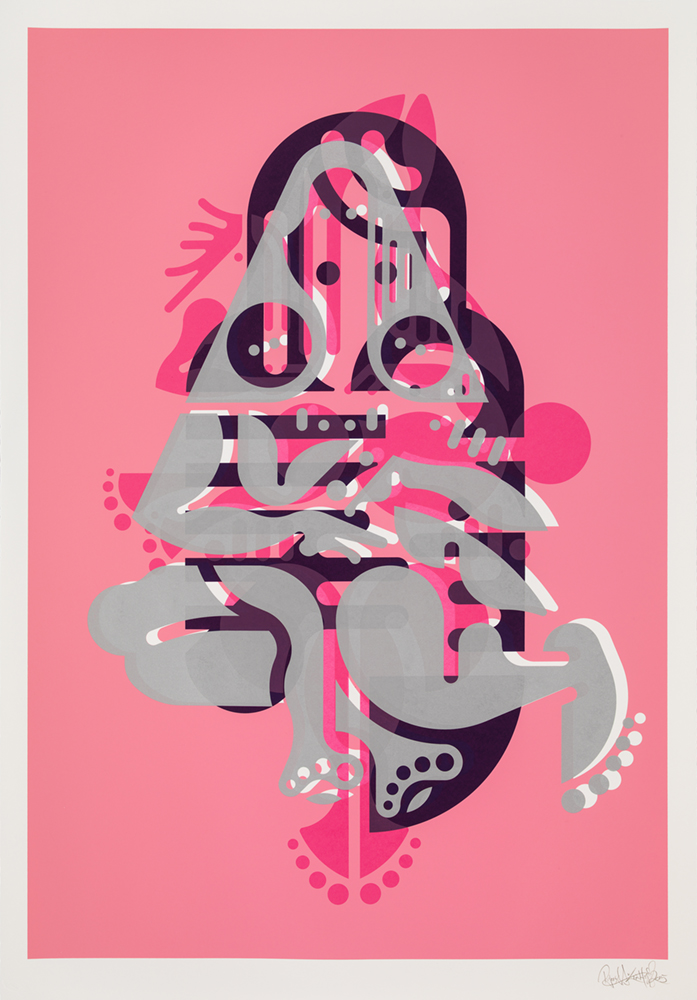 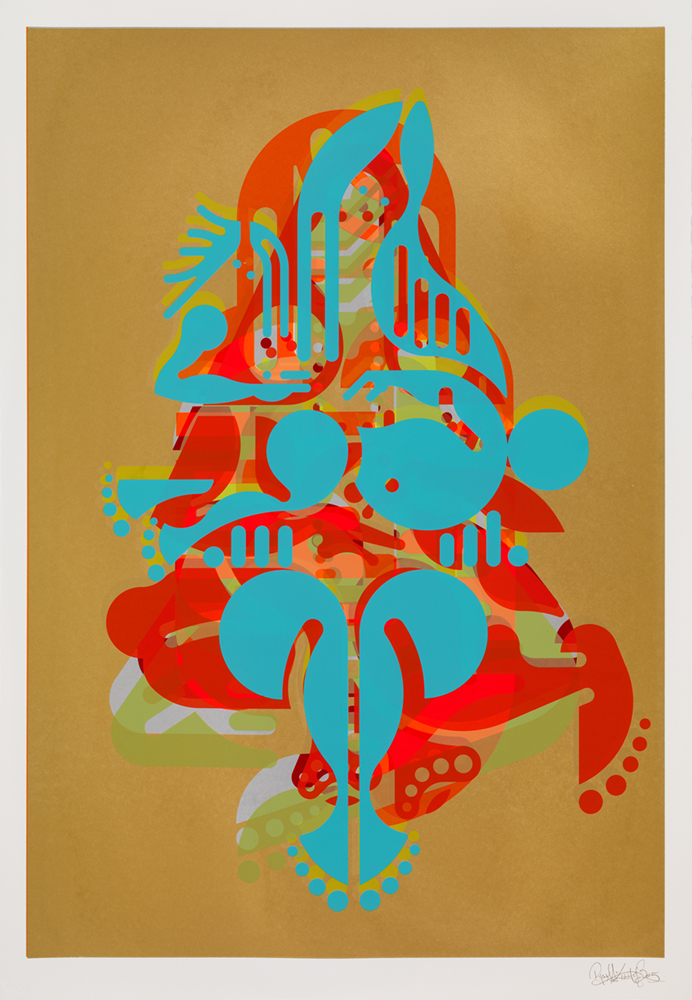 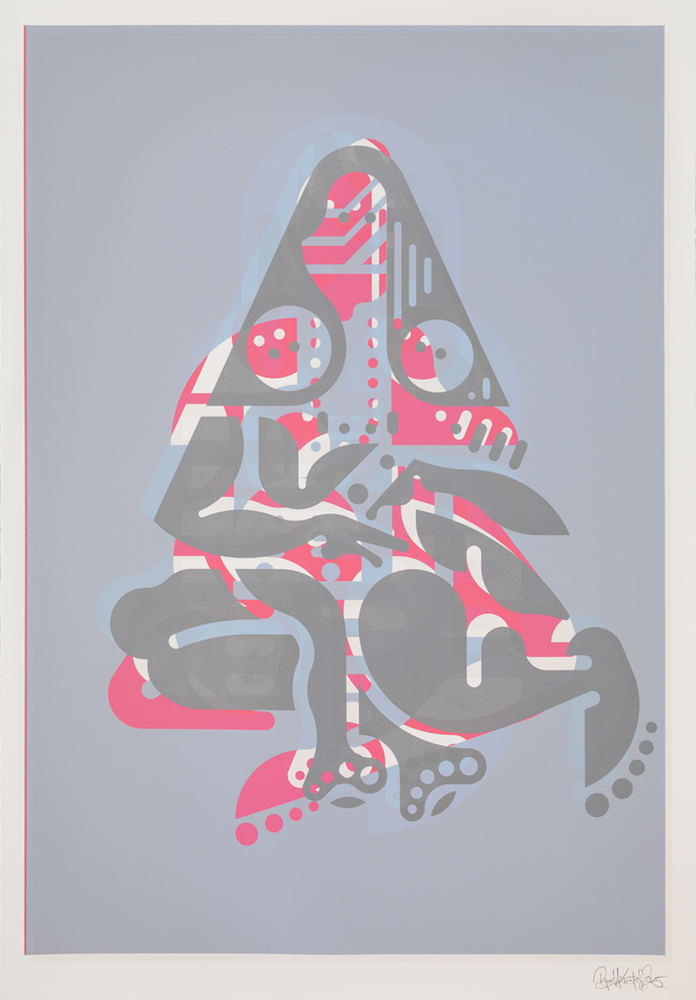 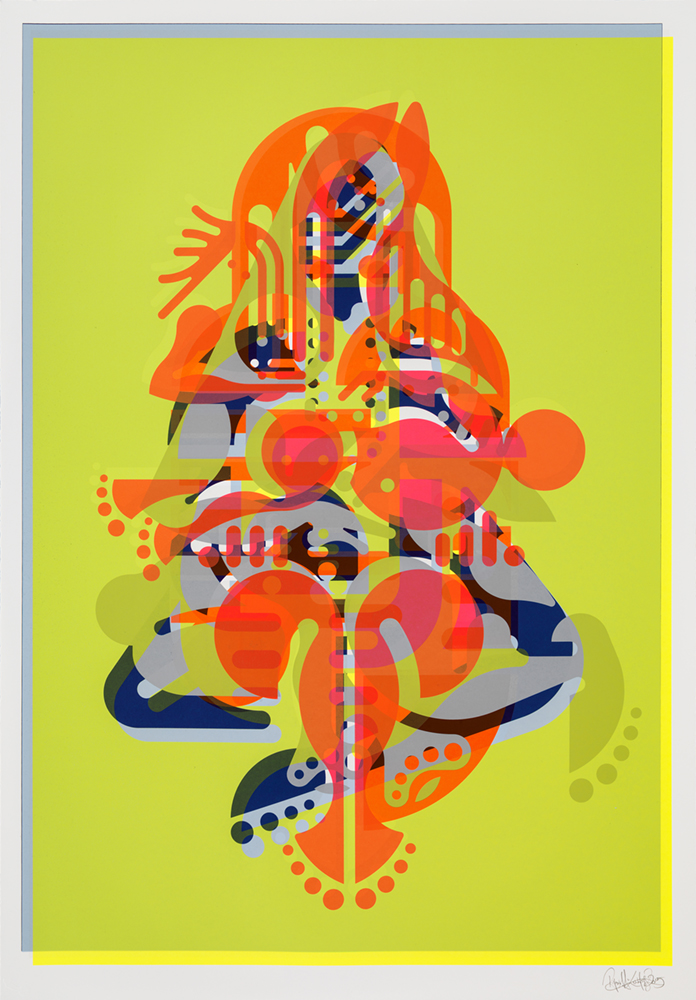 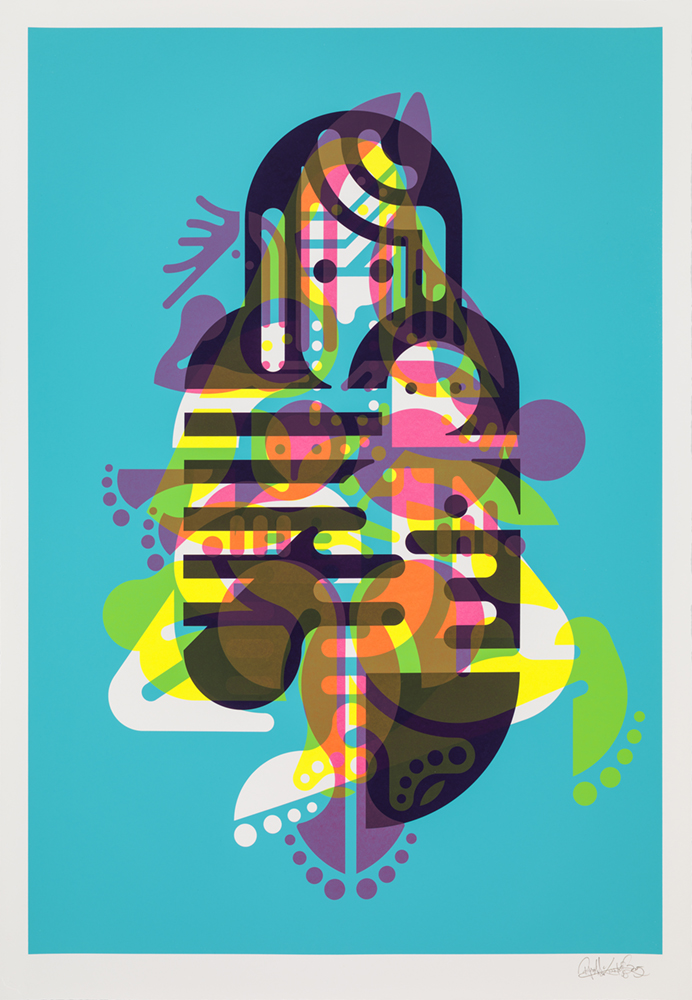 Harper’s Books is thrilled to announce the upcoming exhibition Ryan McGinness: Mother & Child. Featuring a selection of recent paintings, drawings, and monoprints, as well as one cyanotype, this solo show will mark the first public presentation of McGinness’s ongoing Mother & Child series, which he began in 2011. The exhibition opens on Mother’s Day weekend with a reception, attended by the artist, on Saturday, May 11 from 5pm to 8pm.

In fluorescent, metallic, and iridescent pigments, McGinness layers together his original graphic drawings. As Donald Kuspit once wrote, “McGinness has mastered and integrated a seemingly infinite variety of visual languages, producing works that inhabit the ever-blurred border between high art and popular illustration.” In overlaying and transforming these diverse motifs, he forgoes the utilitarian clarity of pictorial symbols, revealing an abiding interest in what he has referred to as a “push and pull between the figurative and the abstract.”

With Mother & Child, McGinness continues to fuse references to art history and his everyday life, while pushing his graphic approach to portraiture—evident in his recent Figure Drawing series—into new territory. Adopting the trope of the mother-and-child image, with art historical antecedents ranging from biblical “Virgin and Child” depictions to Pablo Picasso’s paintings, McGinness converts his figures into multicolor simplified forms that summon the universality of this motif and the experience of maternal connection.

To produce these paintings and monoprints, McGinness, referencing photographs he took of his wife and two daughters, drafted a series of sketches, and refined their bodies into abstract geometric shapes: toes and eyes turn into circles, fingers are reduced to parallel bars, and limbs become defined by their smooth, sloping Bézier curves. These final graphic drawings, also on display in this show, served as the basis for McGinness’s unique monoprints (published by Lower East Side Printshop) for which he superimposed three or more of these compositions, each in a different color, on top of one another. Extended looking reveals unexpected shapes, configurations, and layers that at once break apart the original arrangements and allow their fragmented forms to emerge.

Whereas these figures hover against a groundless backdrop, the artist’s new large-scale paintings situate the same subjects within interior settings, cradled within a large Eero Aarnio ball chair in some and framed by a trapezoidal dining tray on a Thalys train ride in others. With their allusions to the biblical, the art historical, and the everyday, these tender images blend the personal with the universal and the quotidian with the sublime.

Born in 1972, Ryan McGinness received a BFA from Carnegie Mellon University and currently lives and works in Manhattan. His most recent exhibitions include Warhol Flower Icons at Nanzuka, Hong Kong; Studio Views at the Cranbrook Art Museum, Bloomfield Hills; Ocular Evidence at Quint Gallery, San Diego; #metadata at Kohn Gallery, Los Angeles; and Figure Drawings at Pace Prints in New York. McGinness’s work belongs to the permanent collections of the Metropolitan Museum of Art, New York; the Museum of Modern Art, New York; the Virginia Museum of Fine Arts, Richmond; and the Museum of Contemporary Art, San Diego; among other institutions.