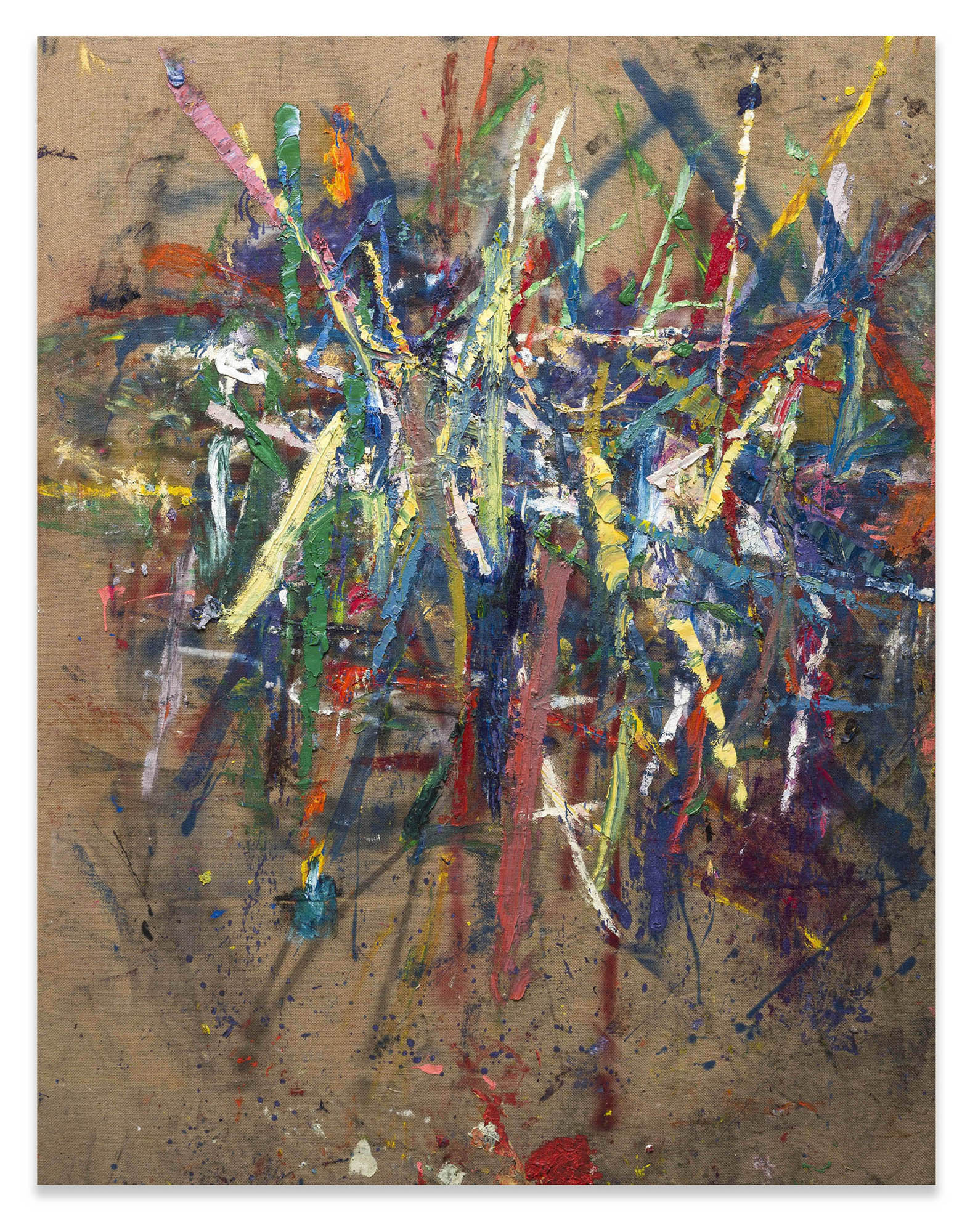 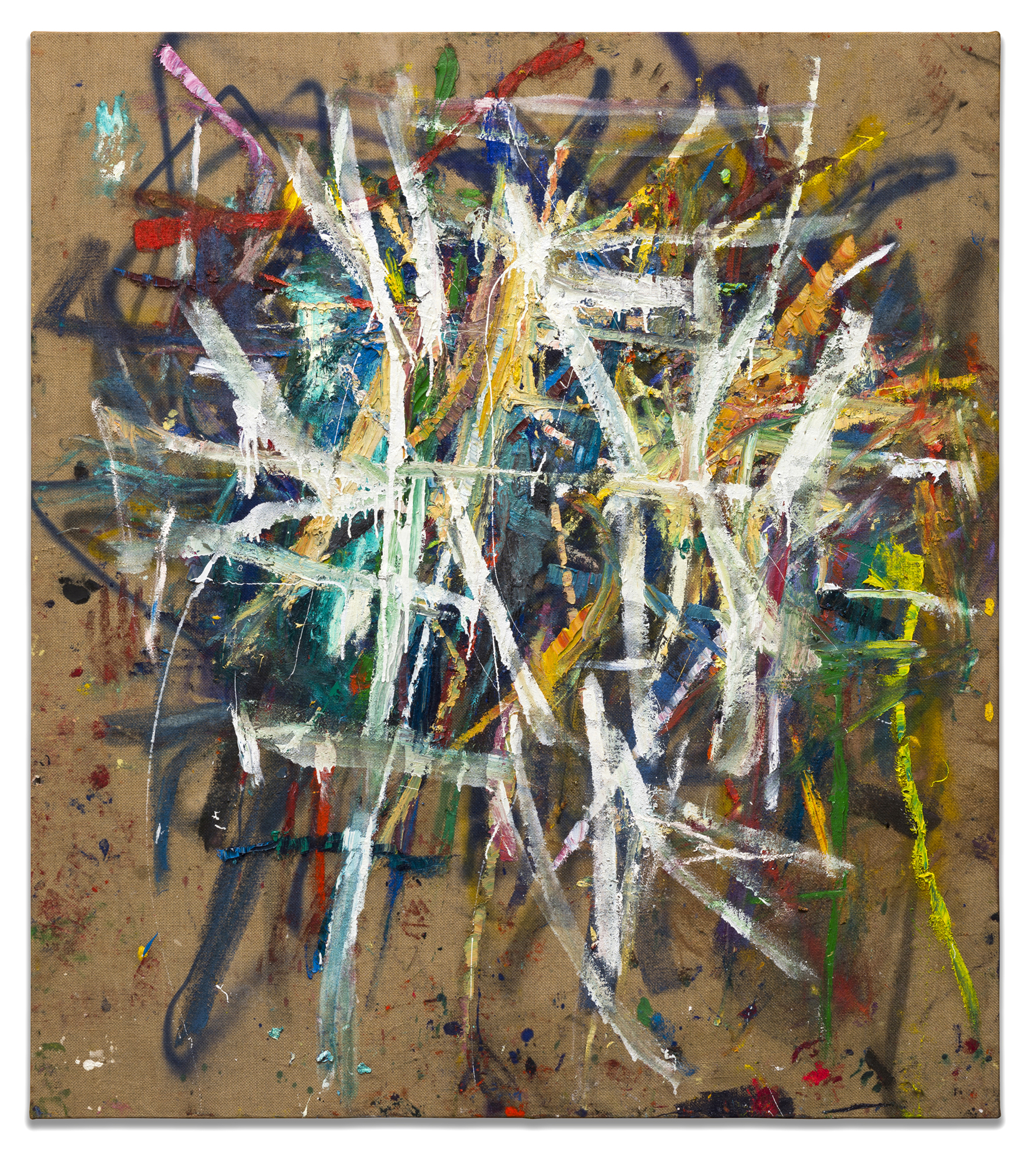 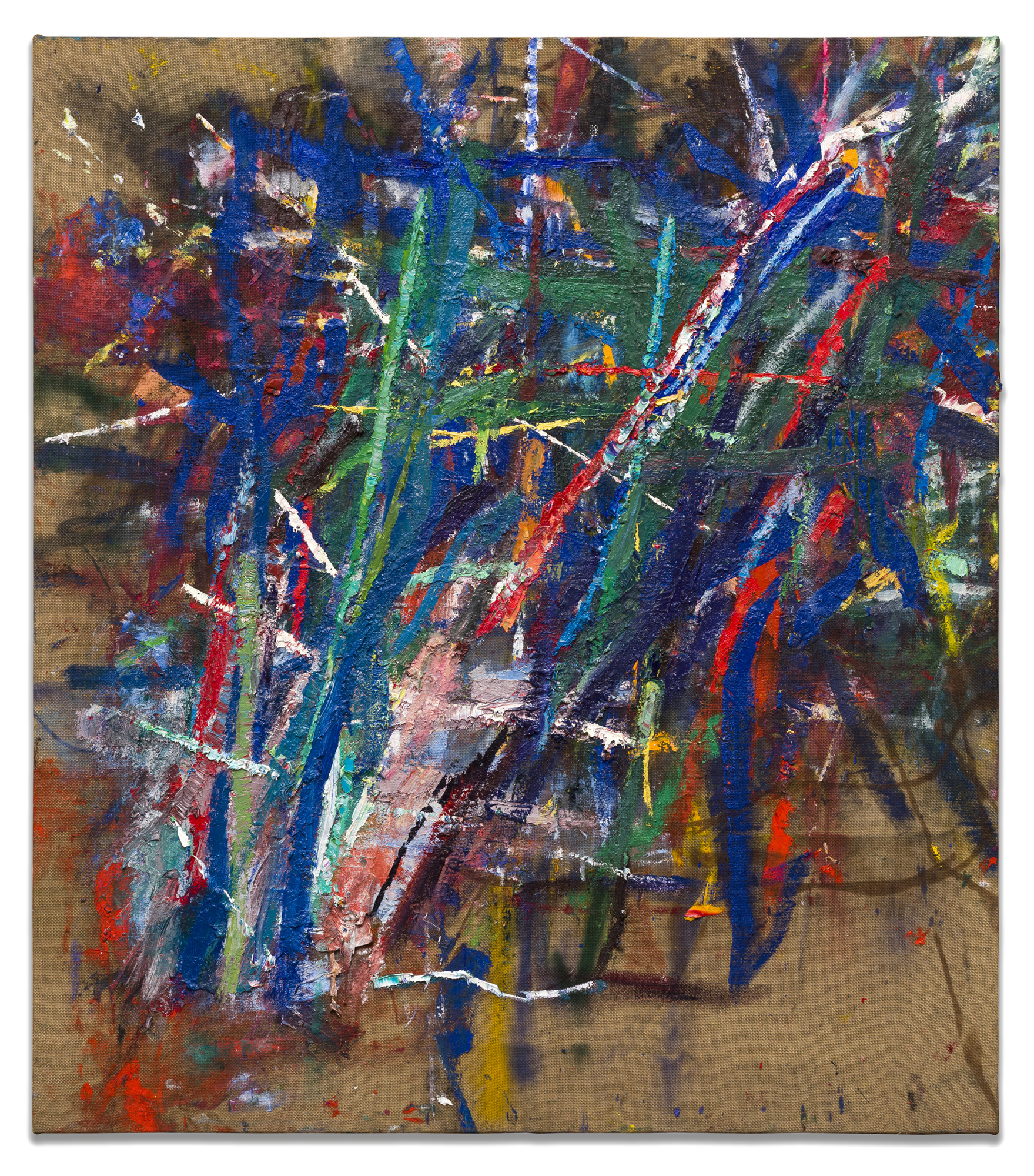 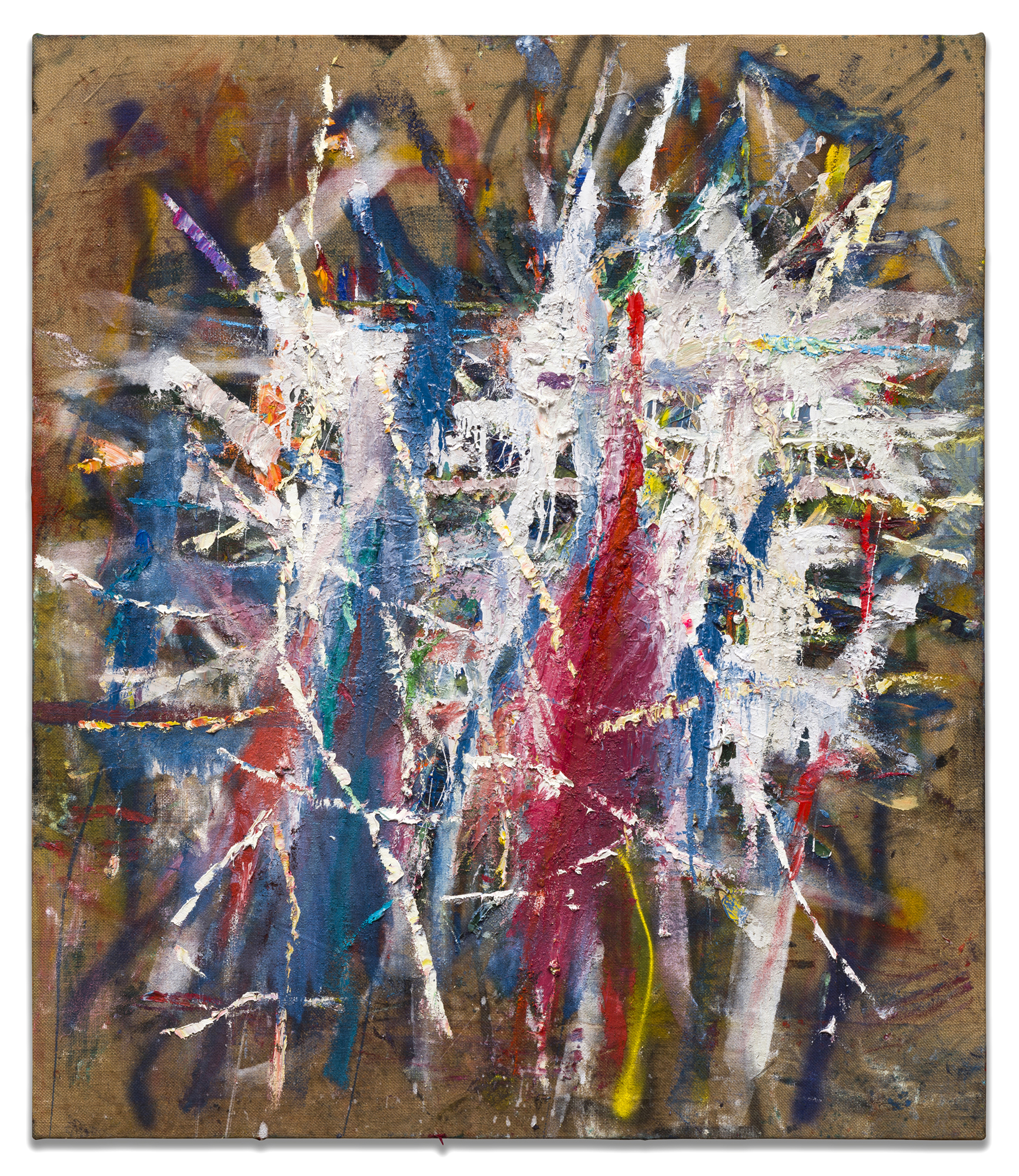 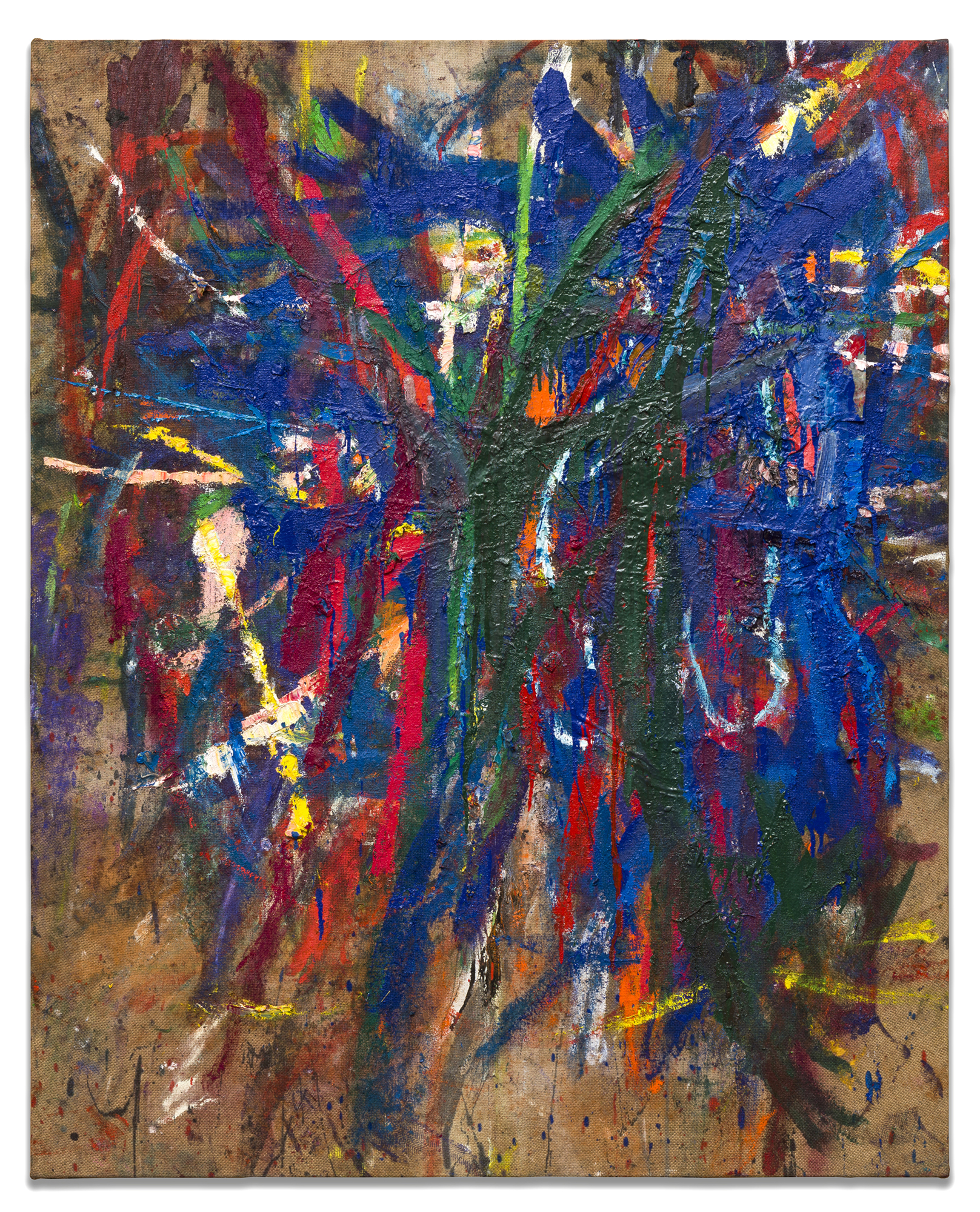 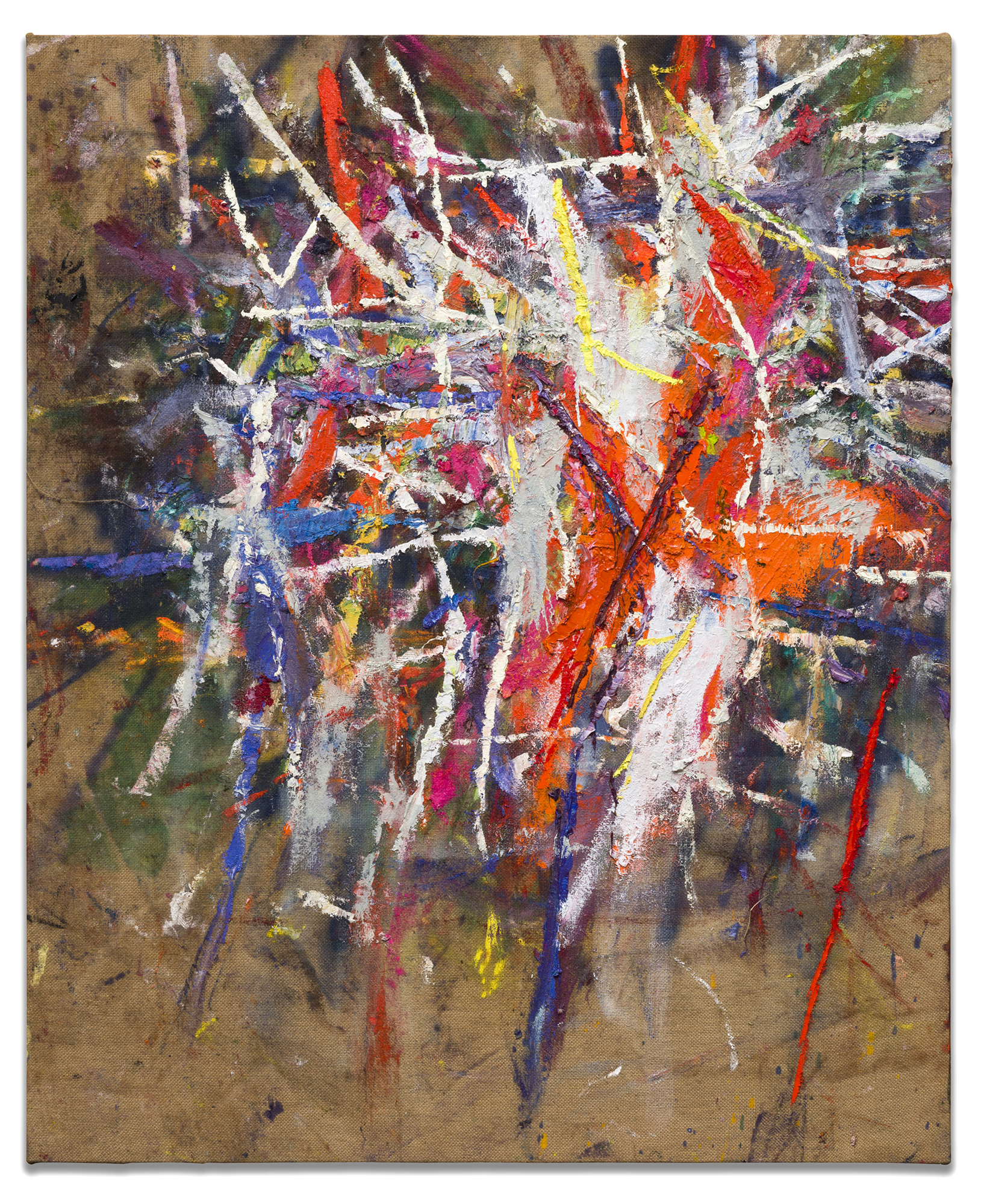 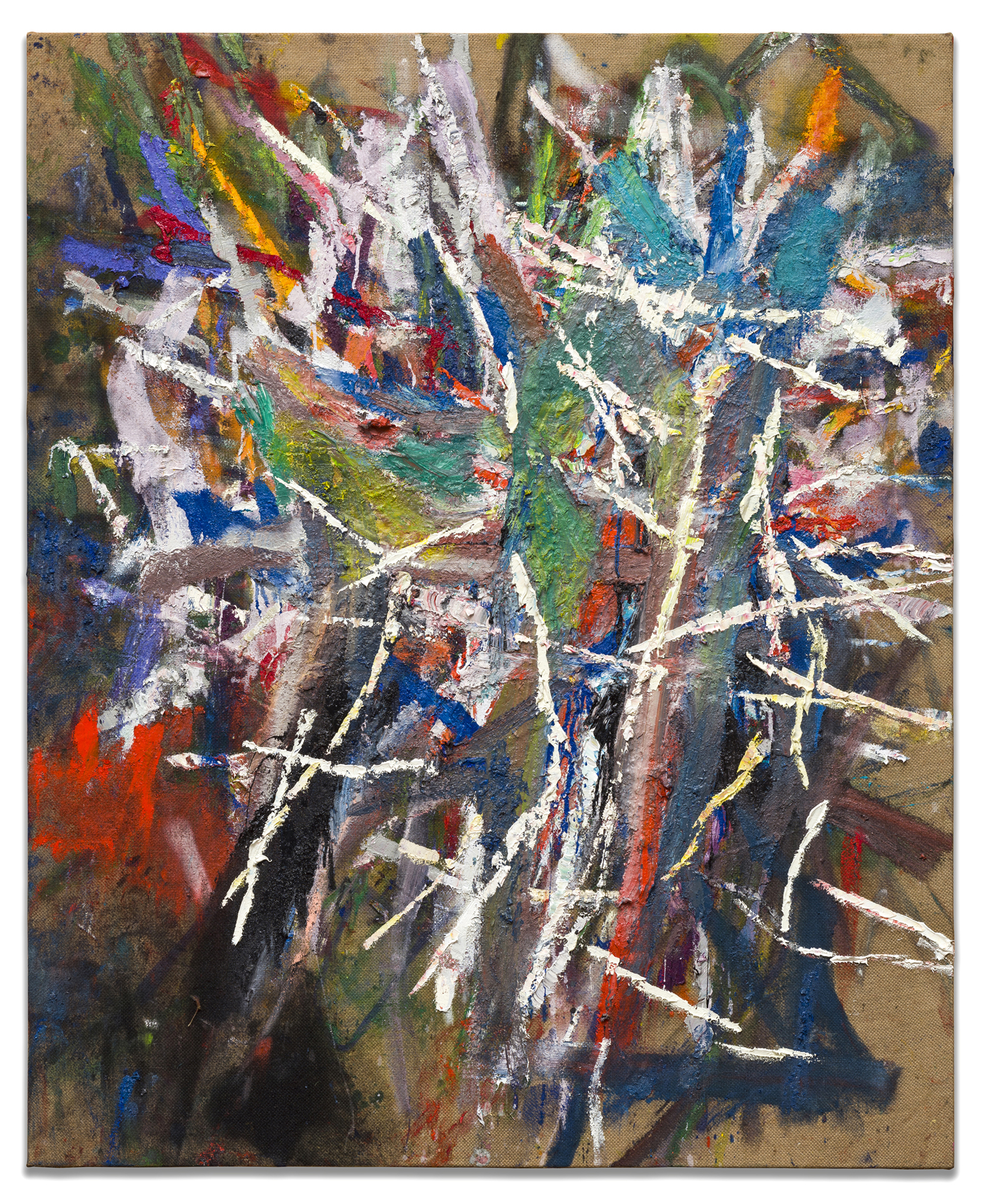 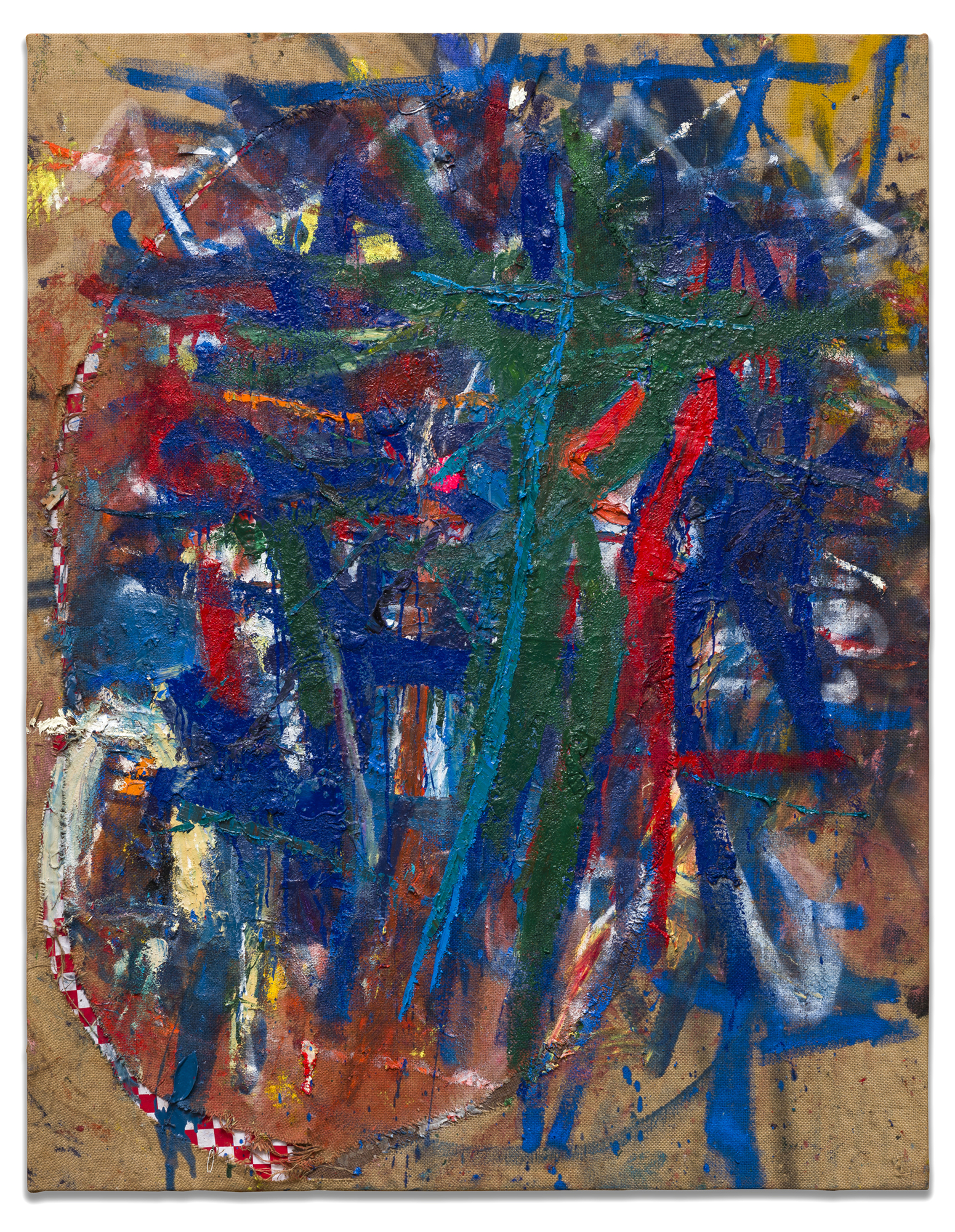 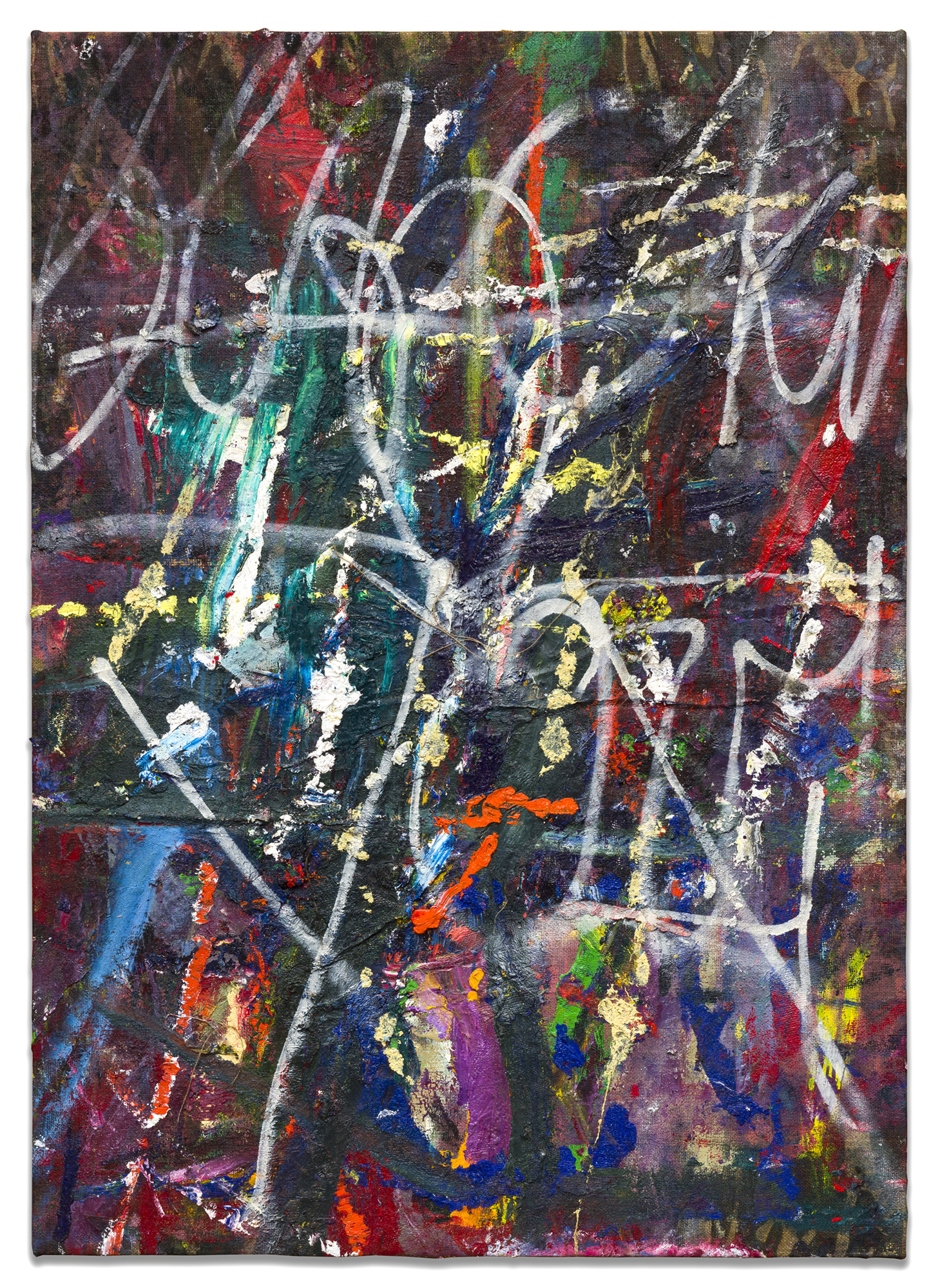 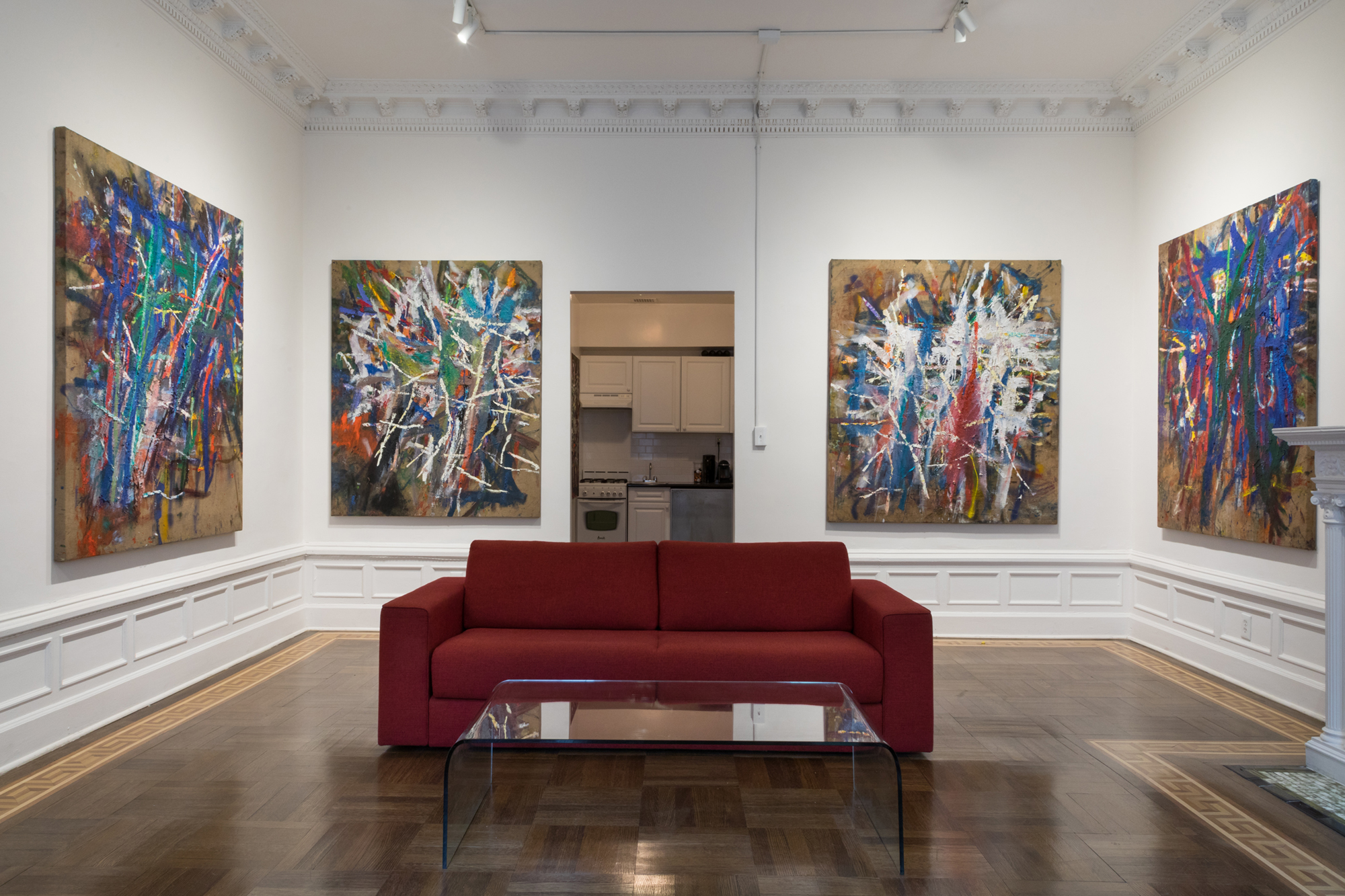 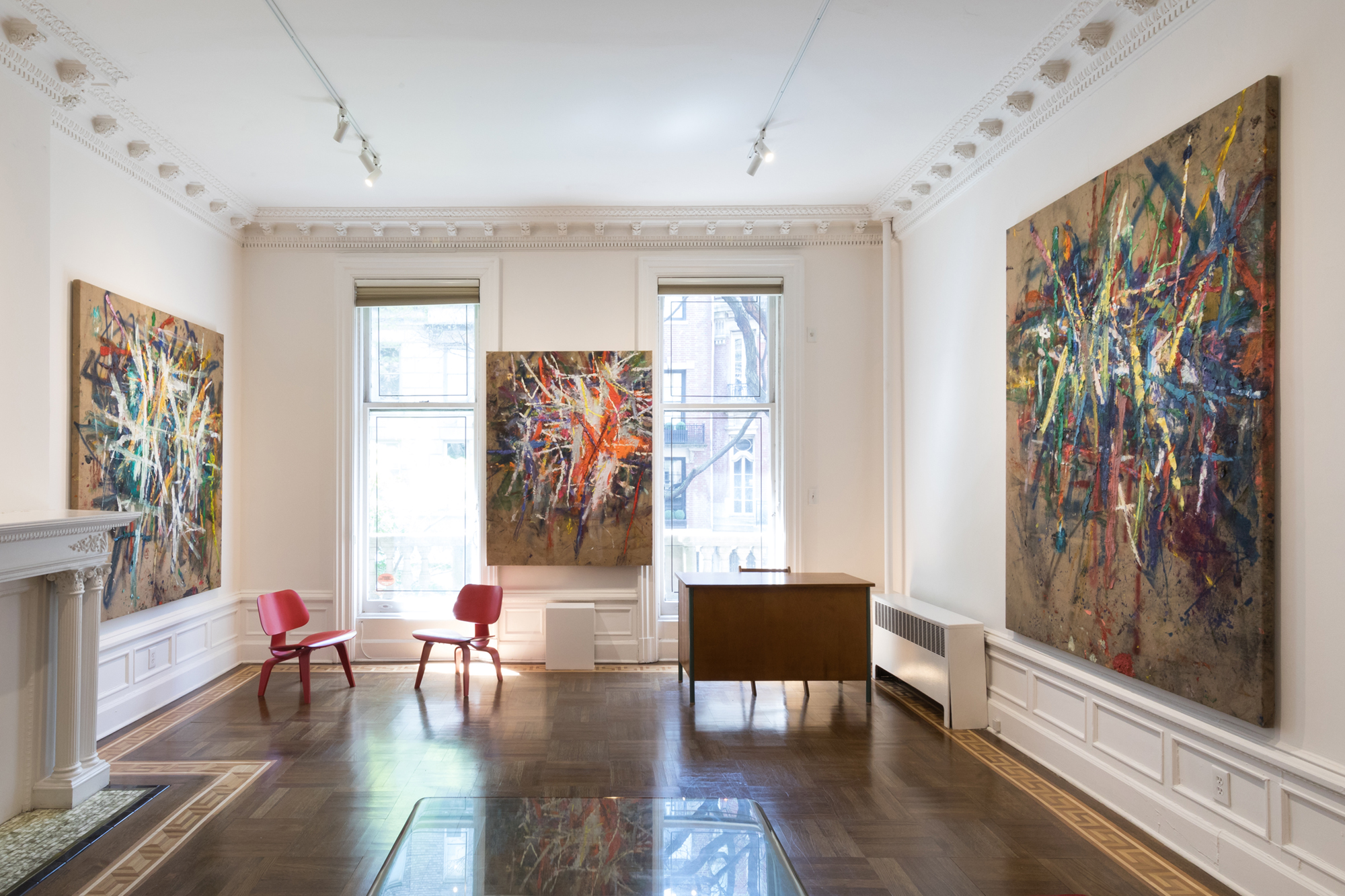 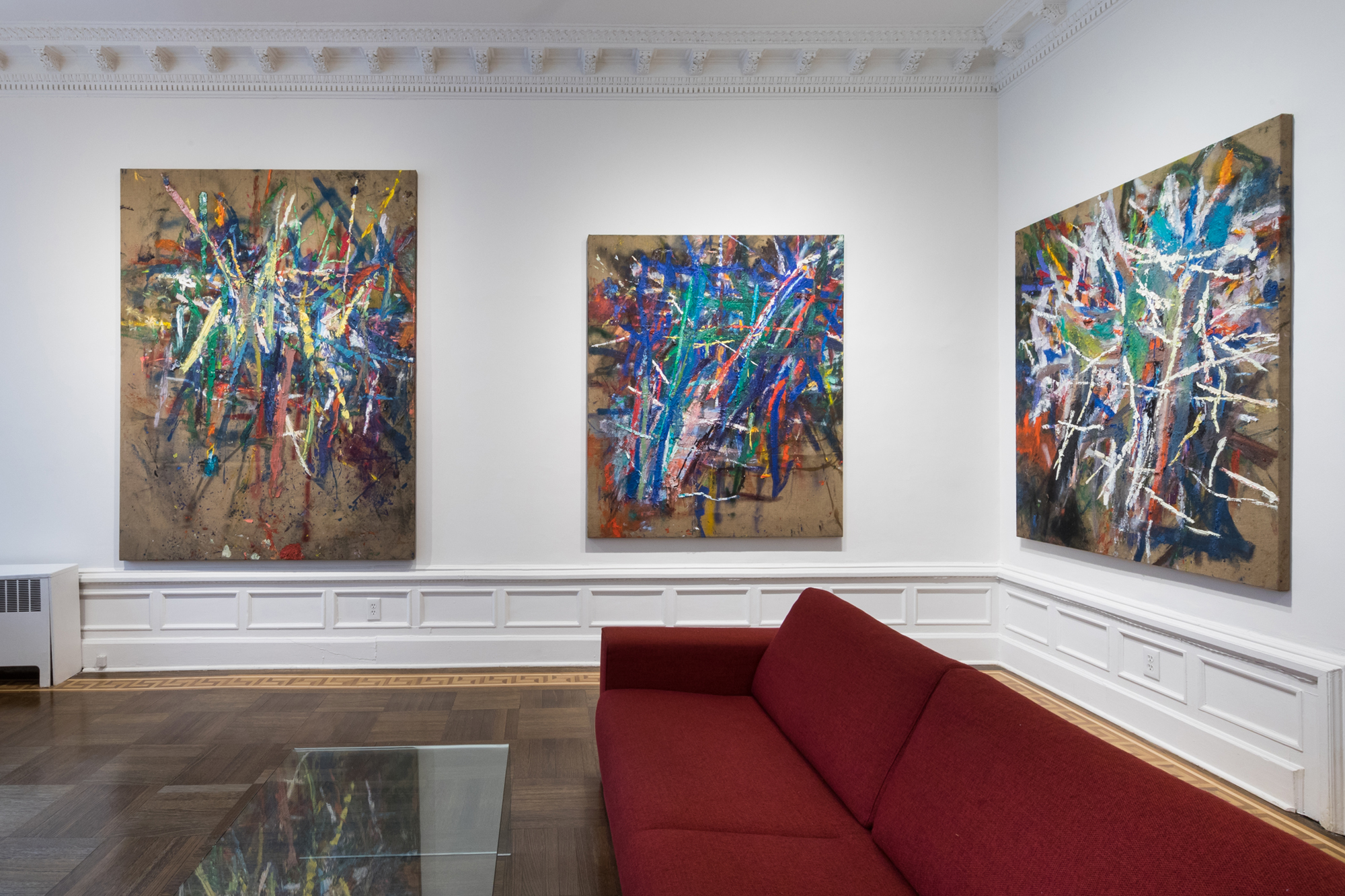 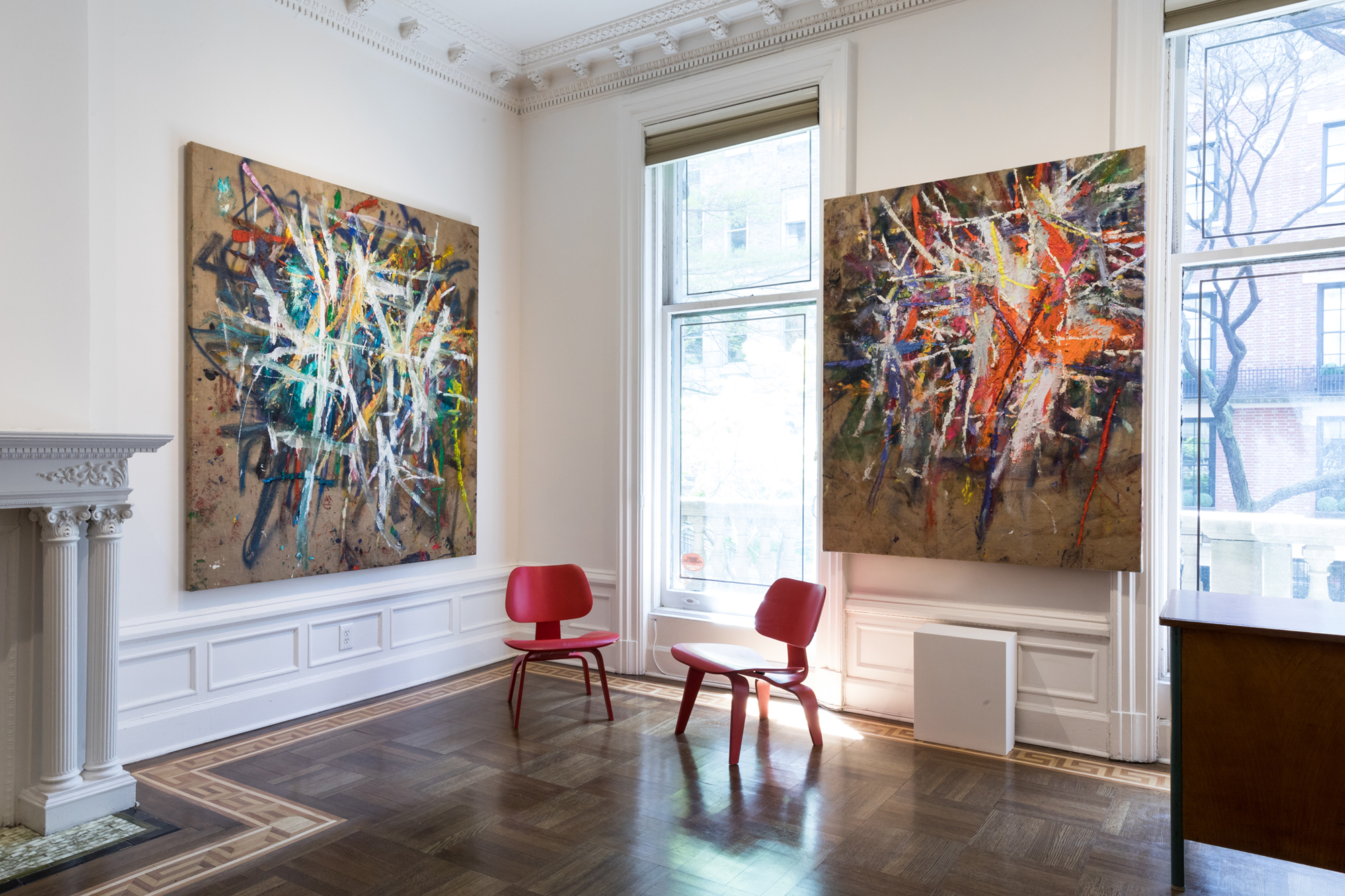 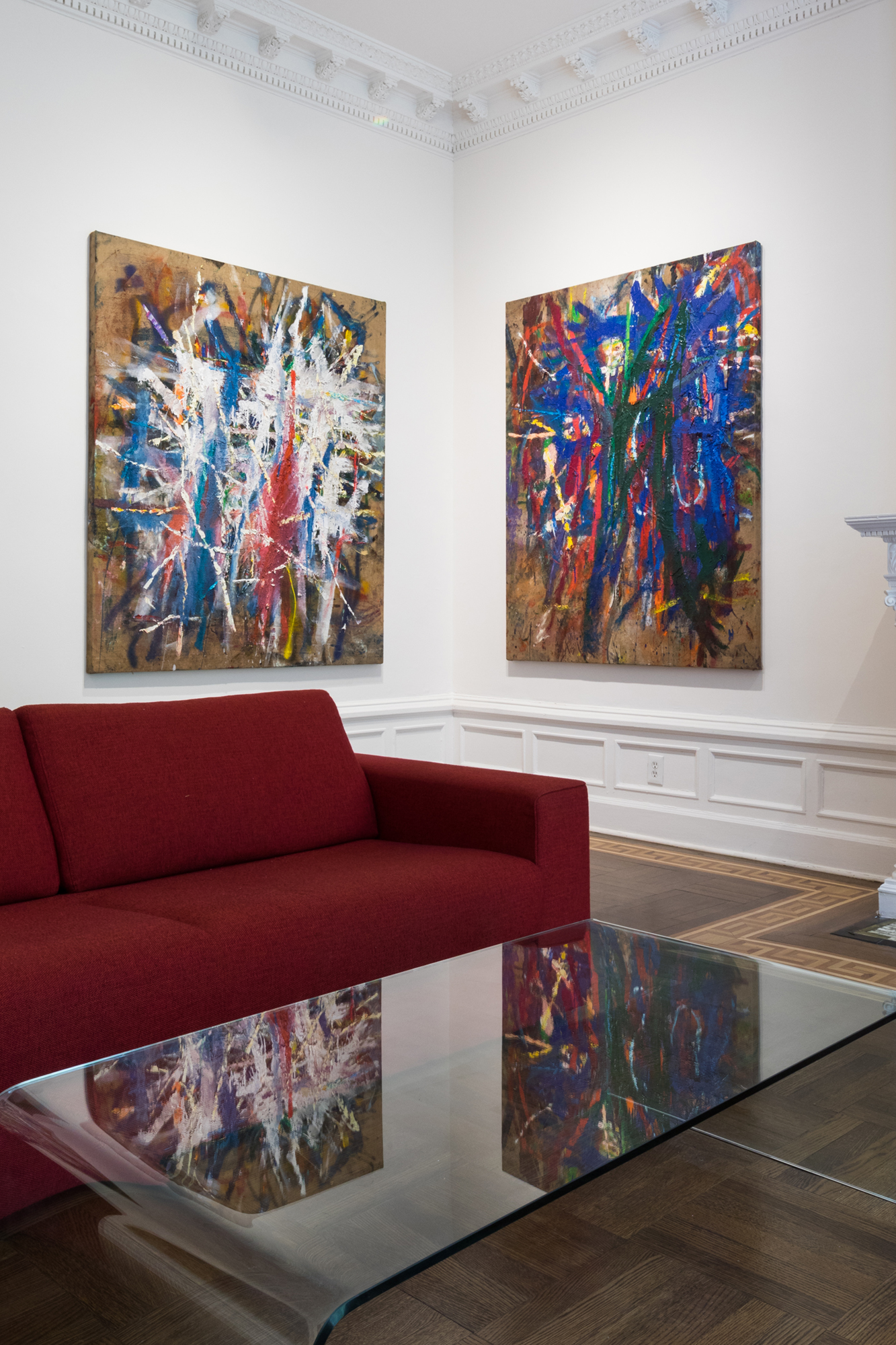 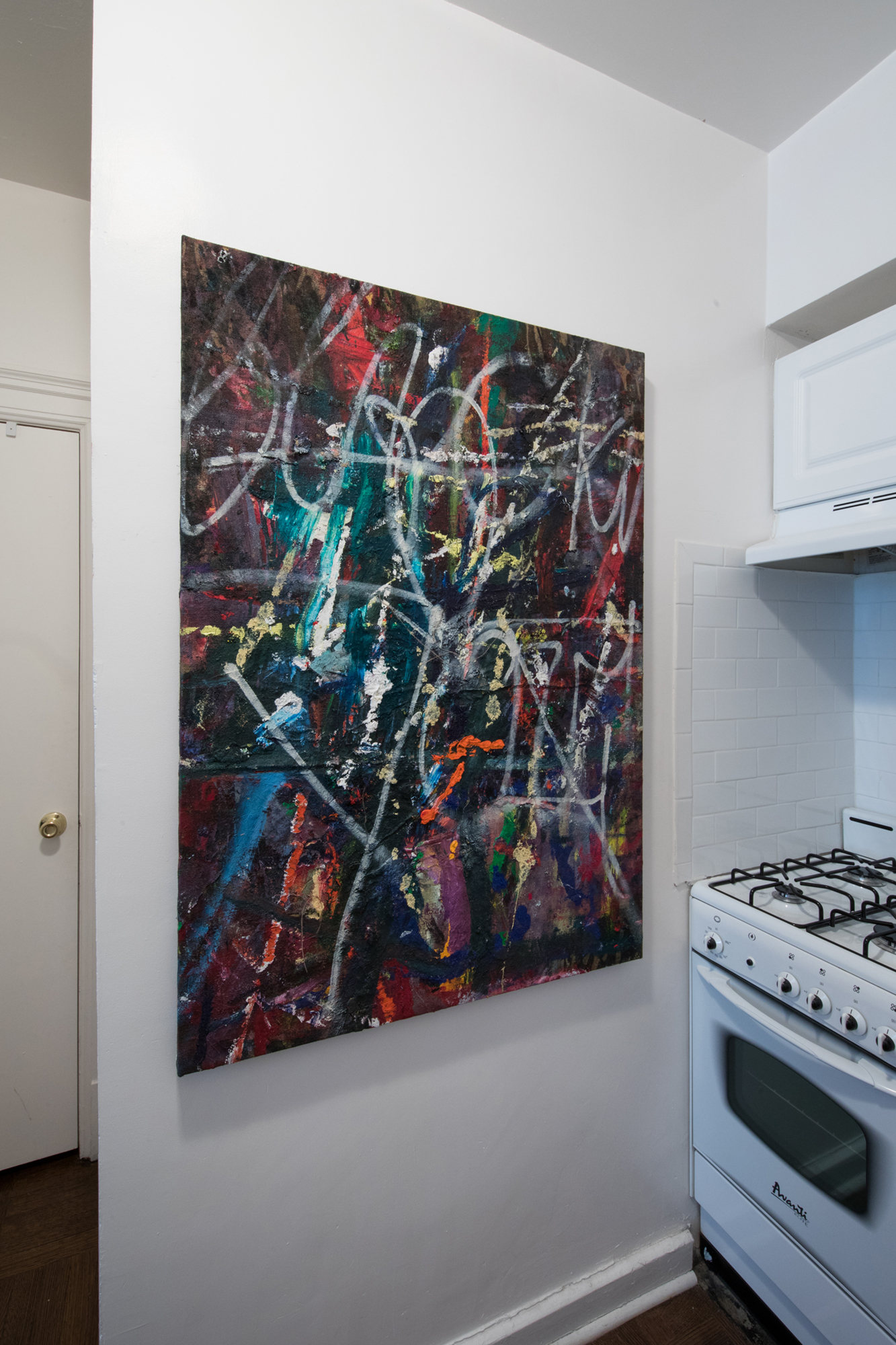 Harper’s Apartment is delighted to announce an upcoming exhibition of eight mixed media paintings on jute by the Los Angeles-based artist Spencer Lewis. While Lewis typically works on an immense scale, this presentation will feature a recent body of canvases that distill his vigorous approach to gestural abstraction within more modest dimensions. The show will open with a reception, attended by the artist, from 6pm to 8pm on Monday, April 29, 2019. This is Lewis’s second solo exhibition at Harper’s Apartment.Composed of layered streaks of smeared, dripped, and spackled paint, Lewis’s canvases dwell in the tension between opposites: chaos and restraint, implosion and explosion, language and image, process and product. In his impasto paintings, variegated lines coalesce, darting diagonally, horizontally, and vertically like violent slashes against their jute backdrops. These brushstrokes are at once energetically rendered—defined by the sweeping gestures and movements of the body—and carefully determined, with brisk swathes of white and saturated pigment evoking a shifting plane of unfolding space. Merging the emotive intensity of Abstract Expressionism with the raw immediacy of graffiti, Lewis integrates diverse forms of mark-making, from letters and symbols to vaguely recognizable shapes, that blur the distinction between drawing and writing as discrete visual languages.Whereas his earlier work repurposed disposable materials such as cardboard, Lewis has recently adopted jute as a primary, yet similarly malleable, base. These commonplace resources are especially amenable to Lewis’s additive approach, in which paint is roughly heaped onto and reworked across the surface in layers. This technique, made visible by the various levels of pigment, highlights the act of painting itself, while the works’ elevated, tactile surfaces, encrusted with strips of paper and other found detritus, emphasize their objectlike character. In underscoring the essential elements of form and process, Lewis’s canvases break down the fundamental components of painting, offering a vital platform for their reconsideration.Born in 1979, Spencer Lewis received his bachelor of fine arts degree from the Rhode Island School of Design in 2002 and his master of fine arts degree from the University of California, Los Angeles, in 2008. His work has been the subject of solo exhibitions at Harper’s Apartment, New York, in 2017; Nino Mier, Los Angeles, in 2016; and Edward Cella, Los Angeles, in 2014. His paintings have also been included in recent group shows at Lowell Ryan Projects, Los Angeles; Harper’s Books, East Hampton; and Brennan and Griffin, New York; among other venues. Lewis is currently based in Los Angeles.