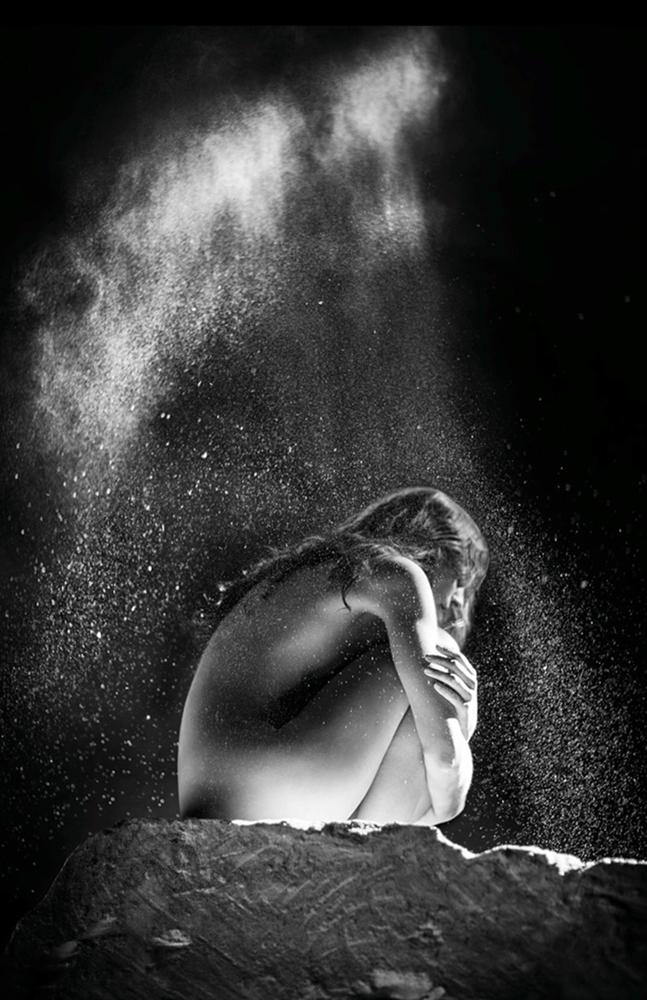 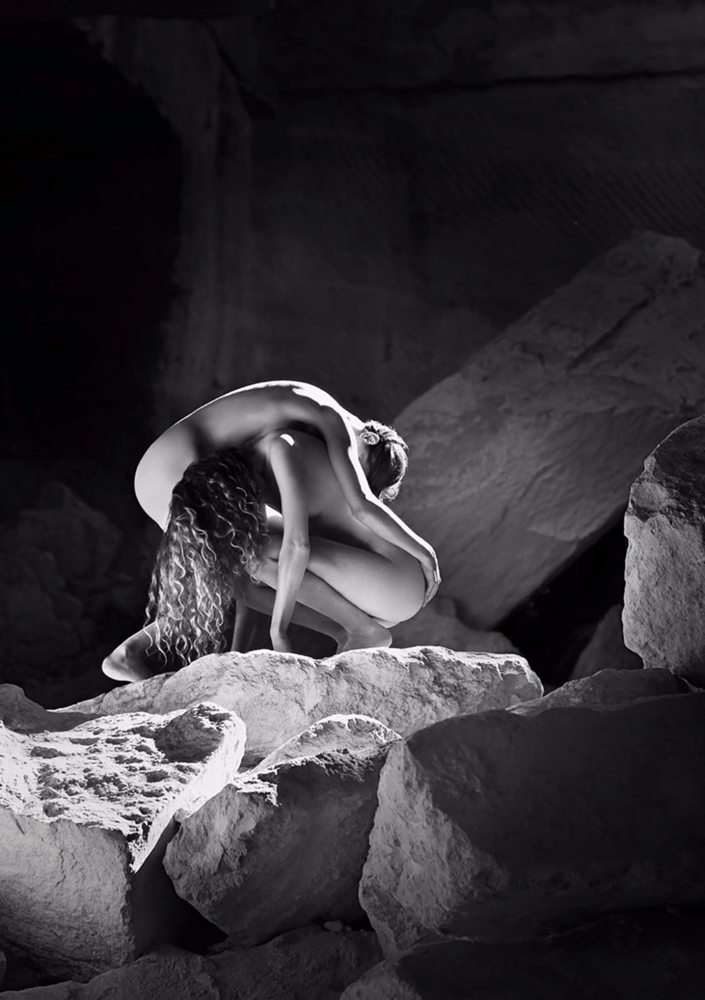 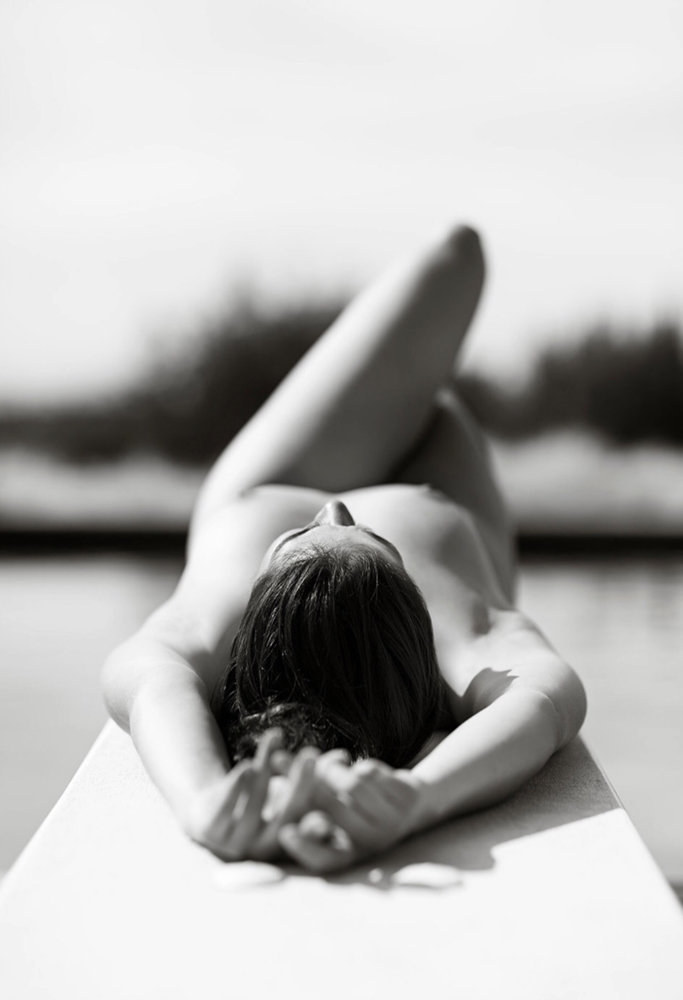 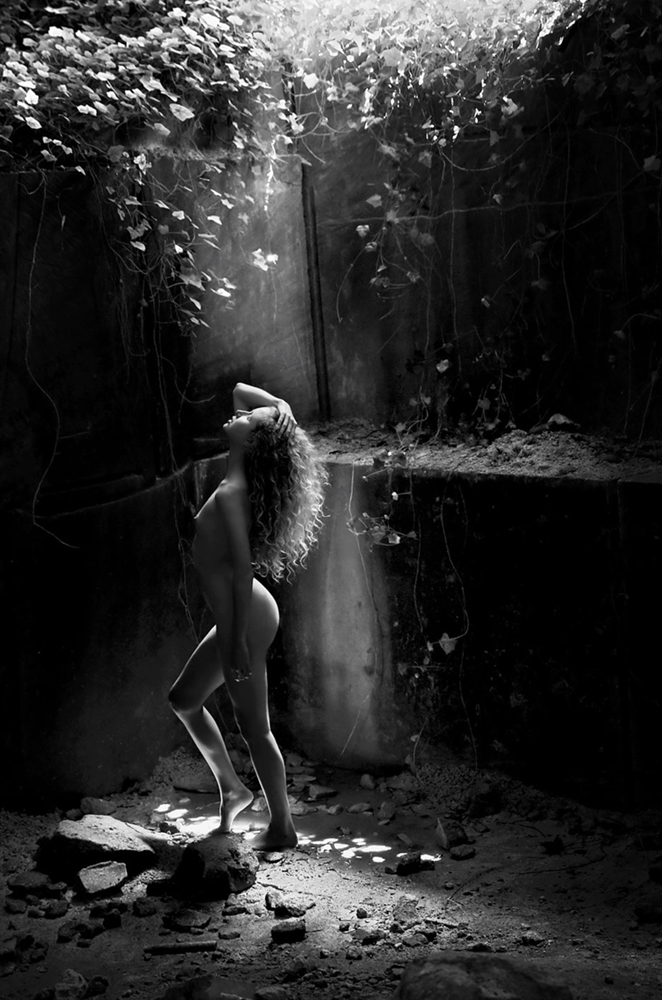 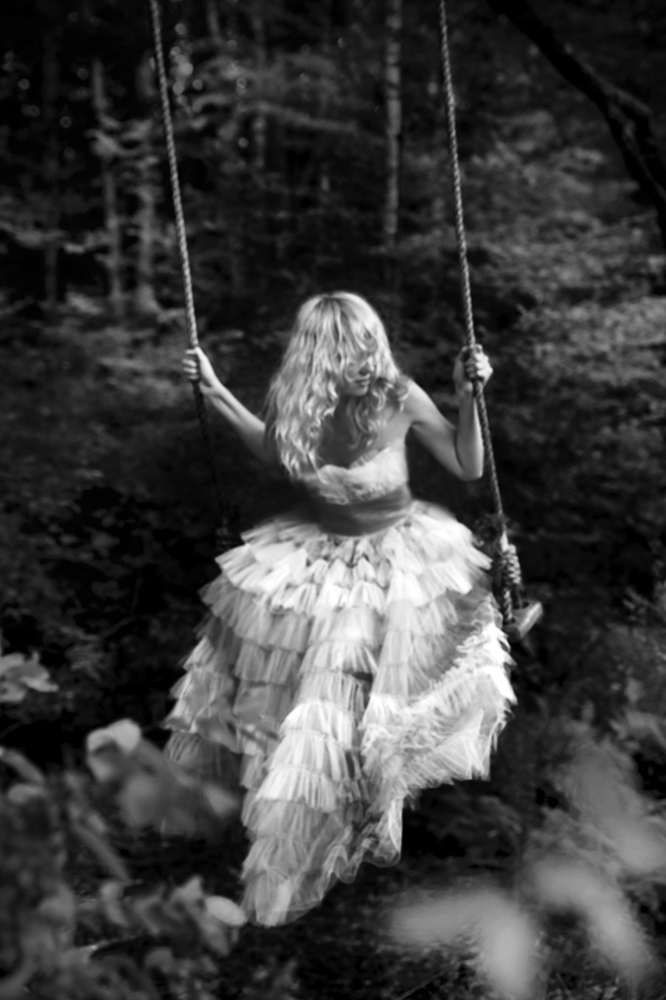 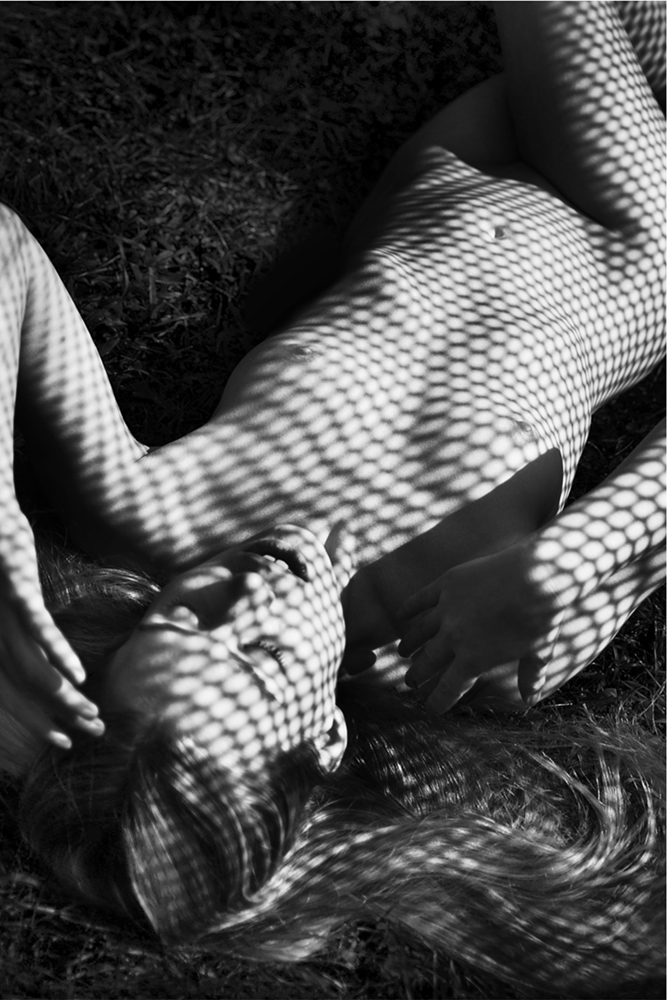 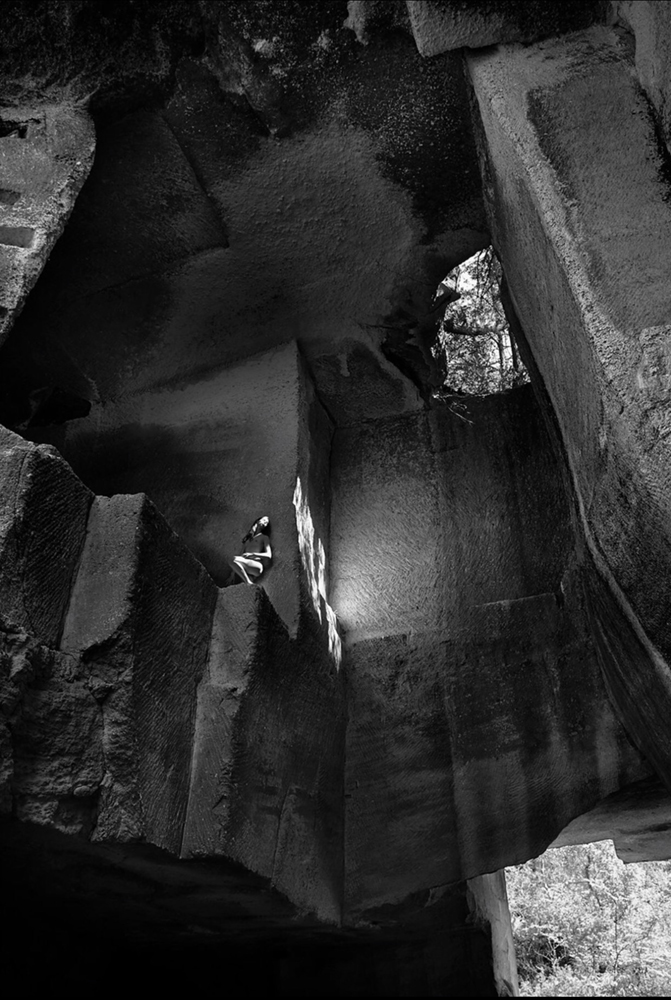 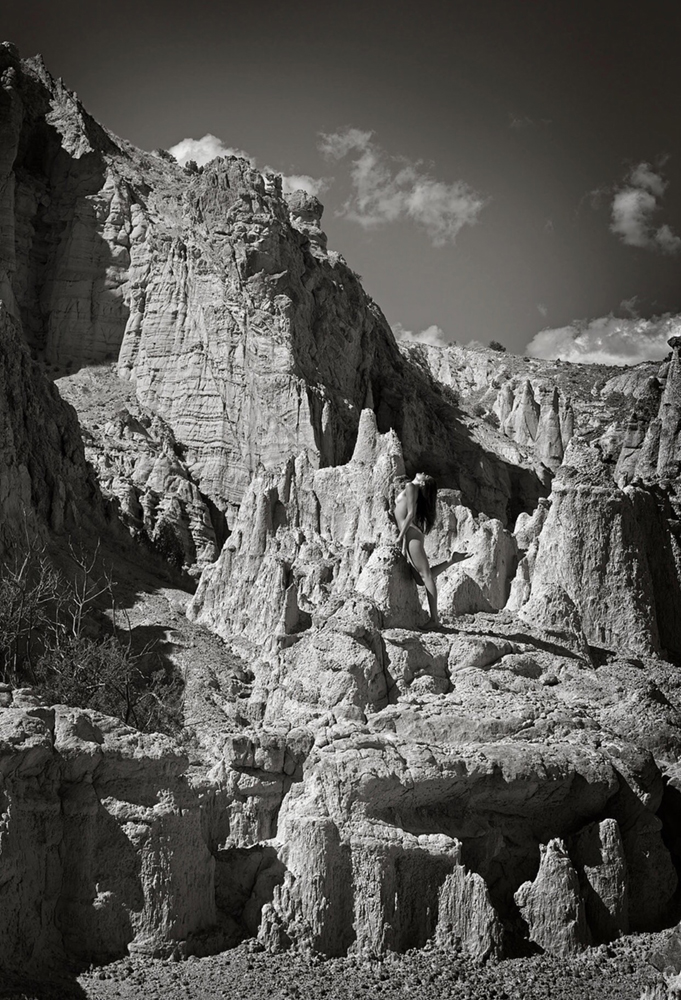 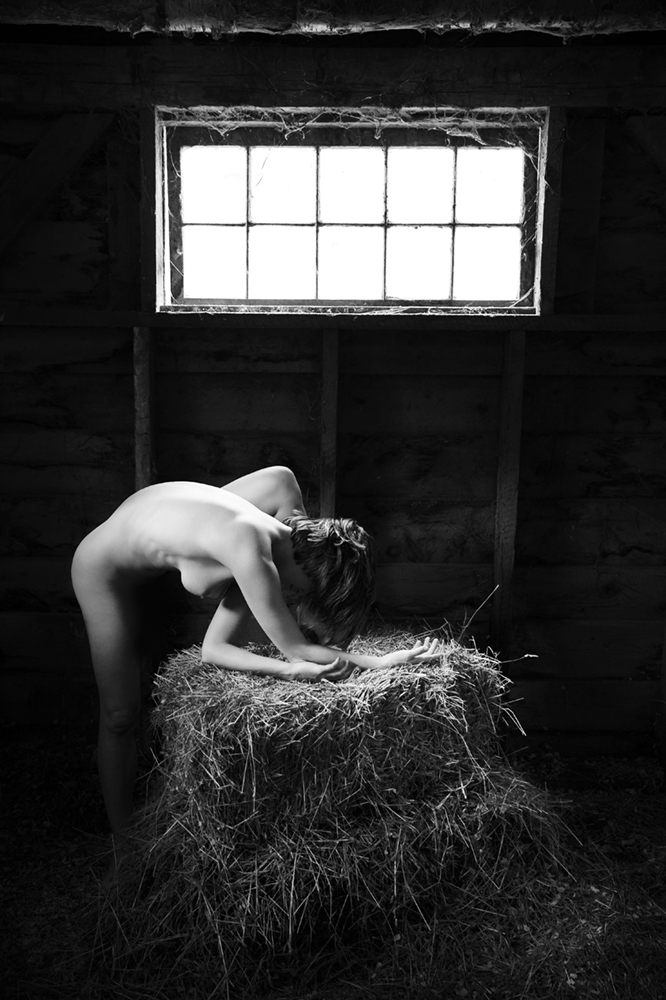 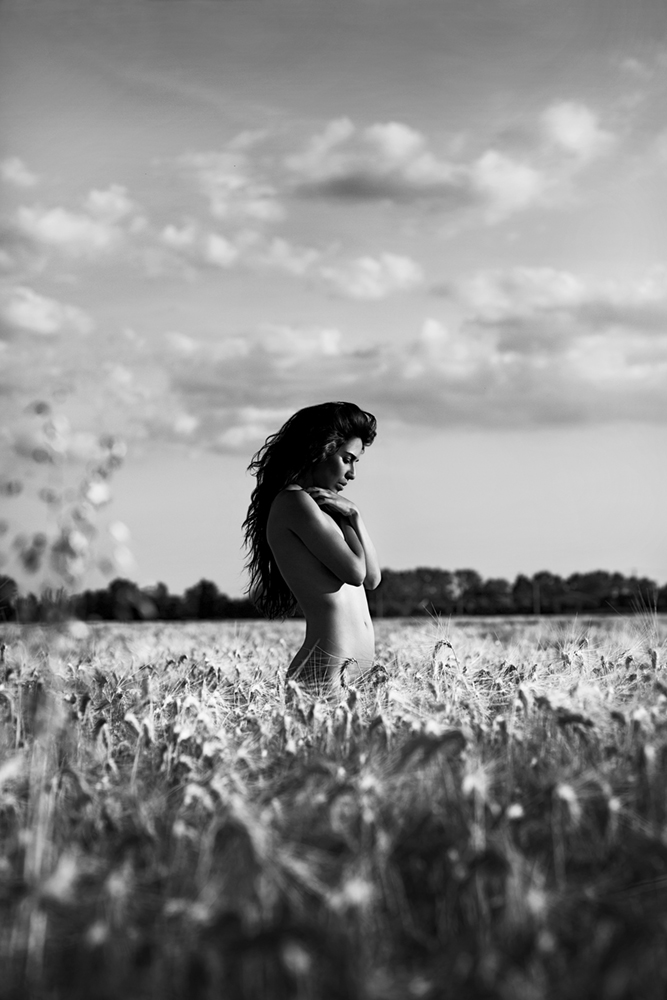 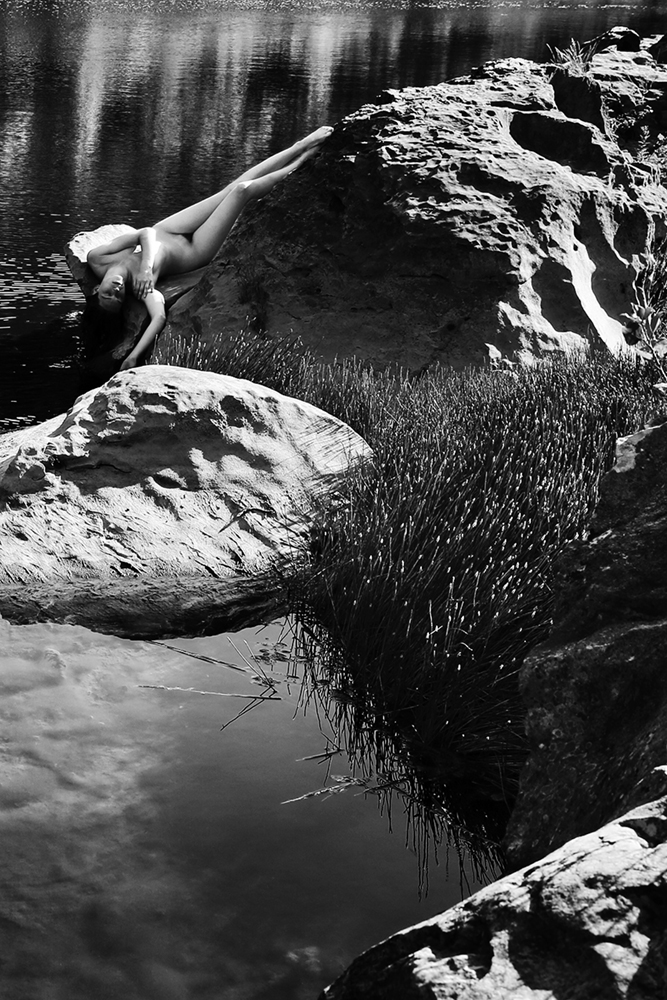 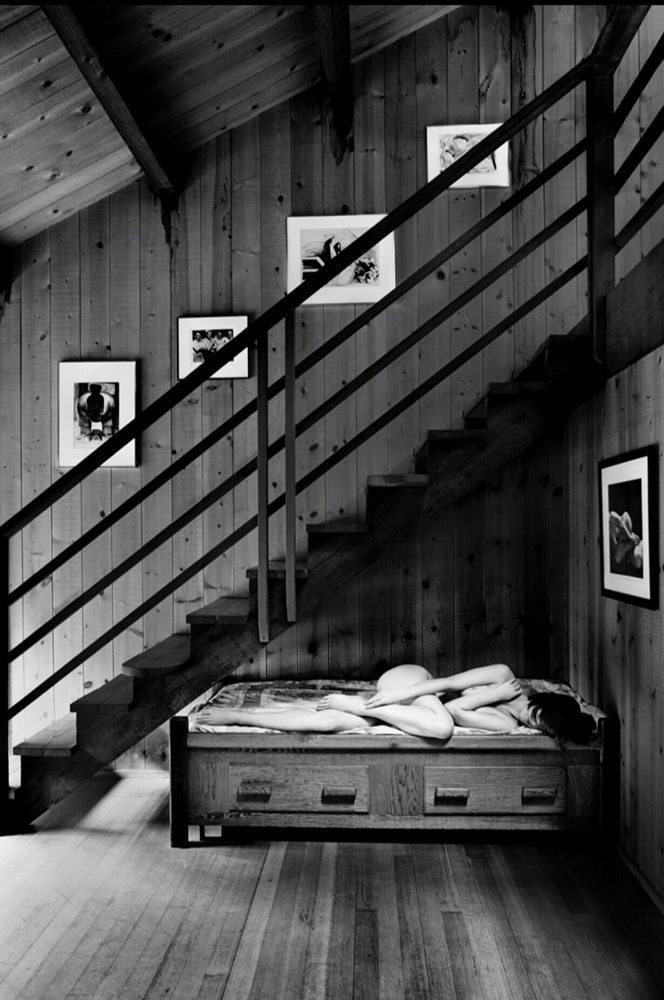 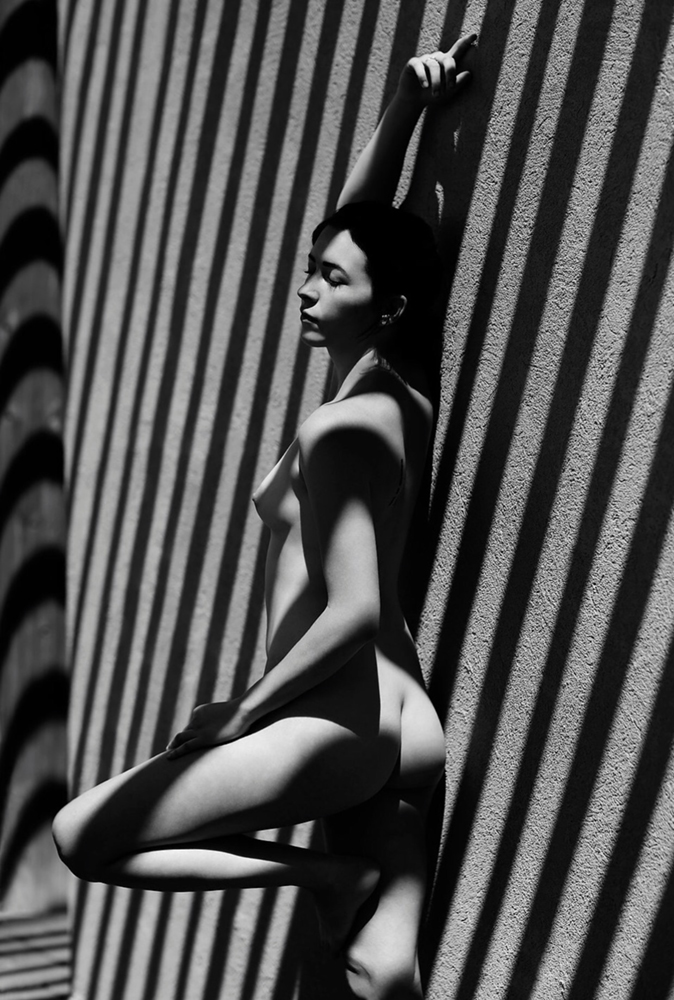 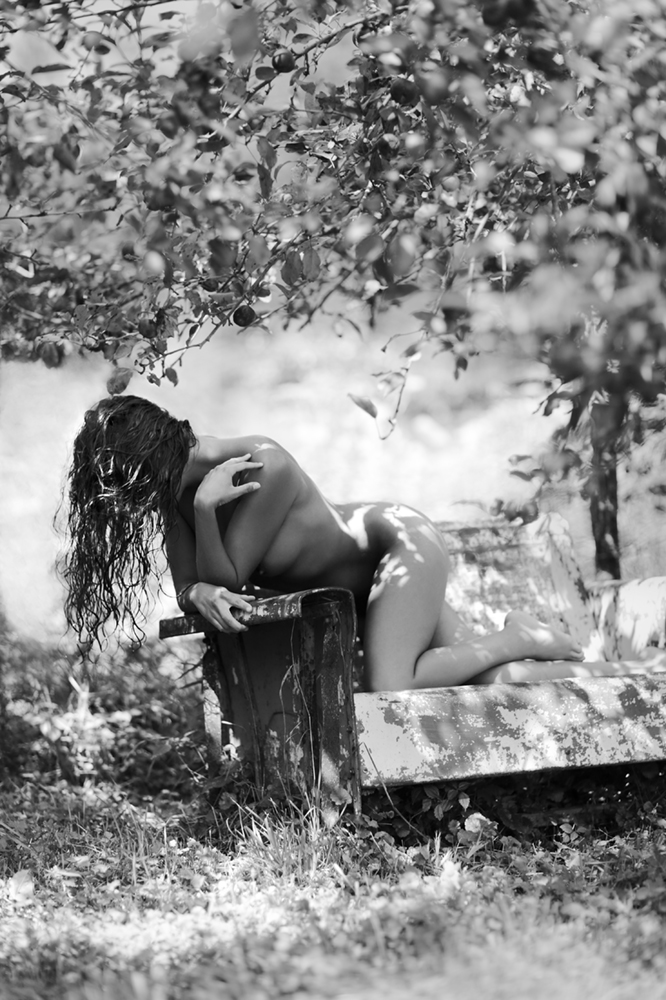 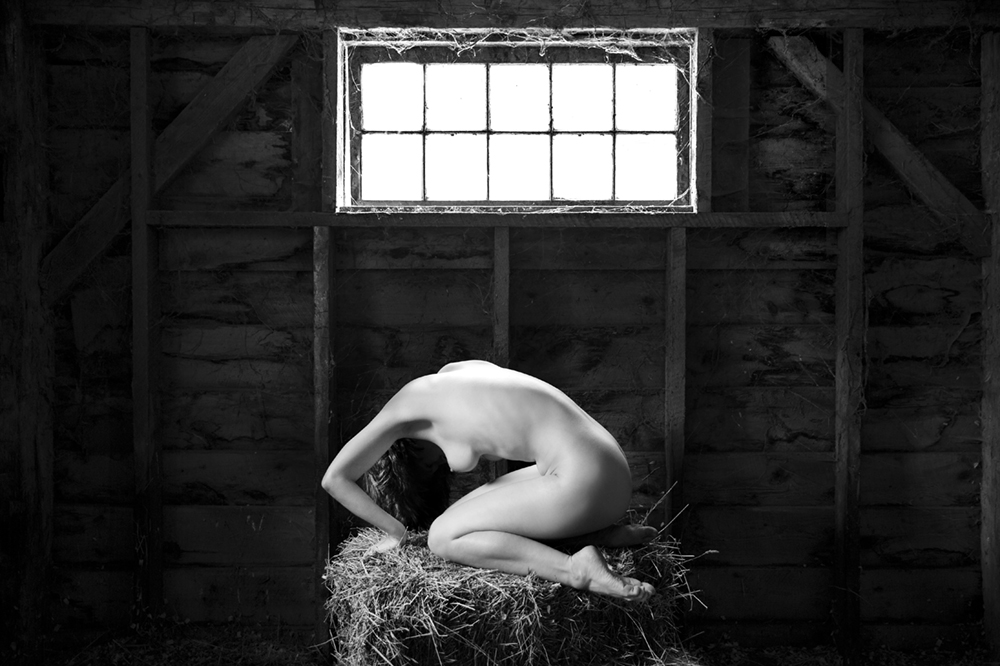 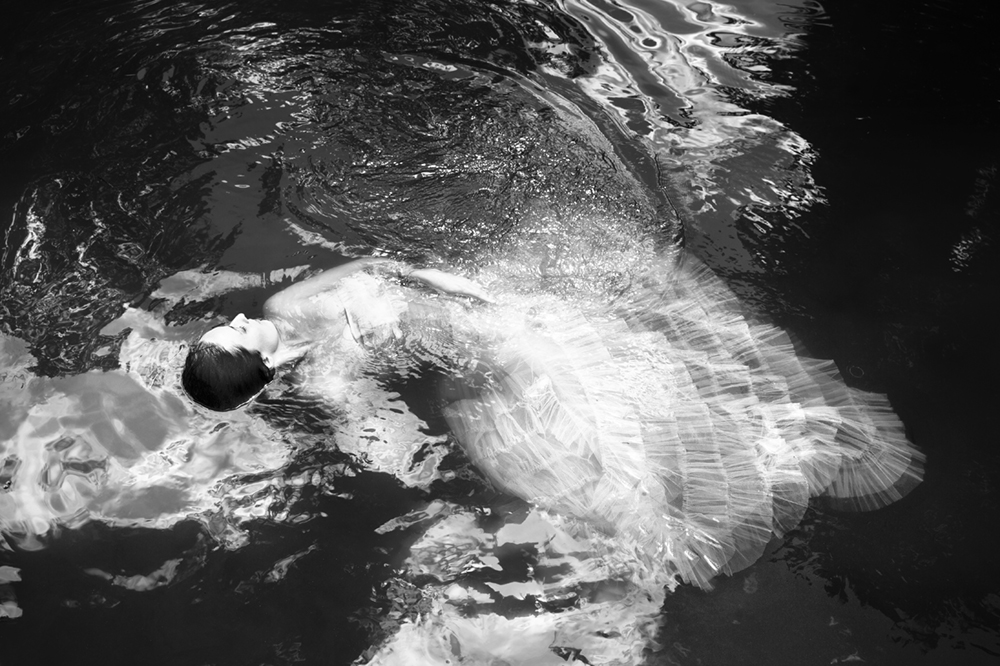 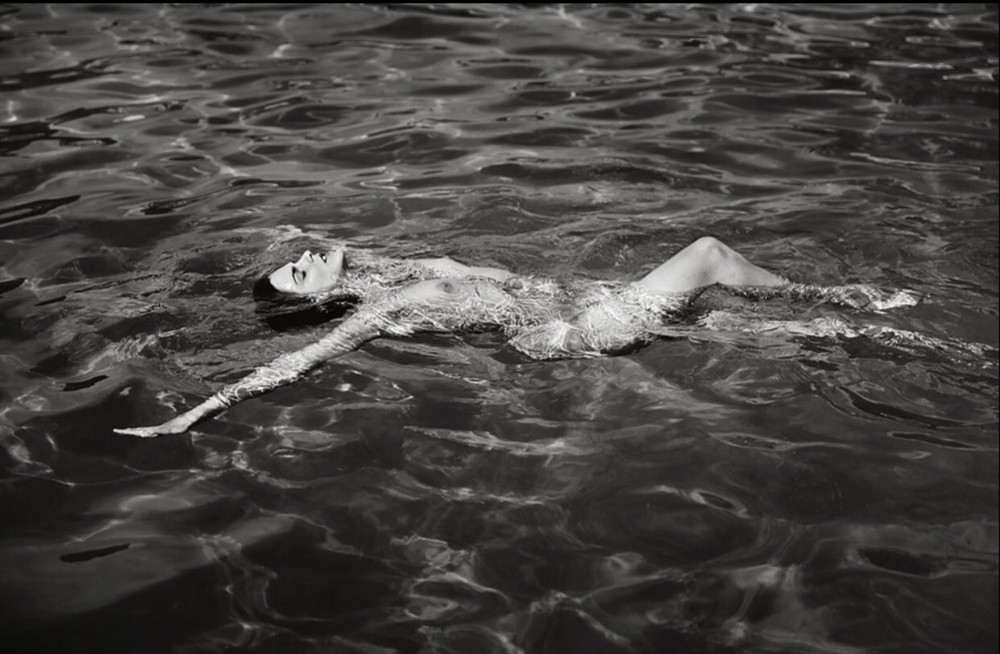 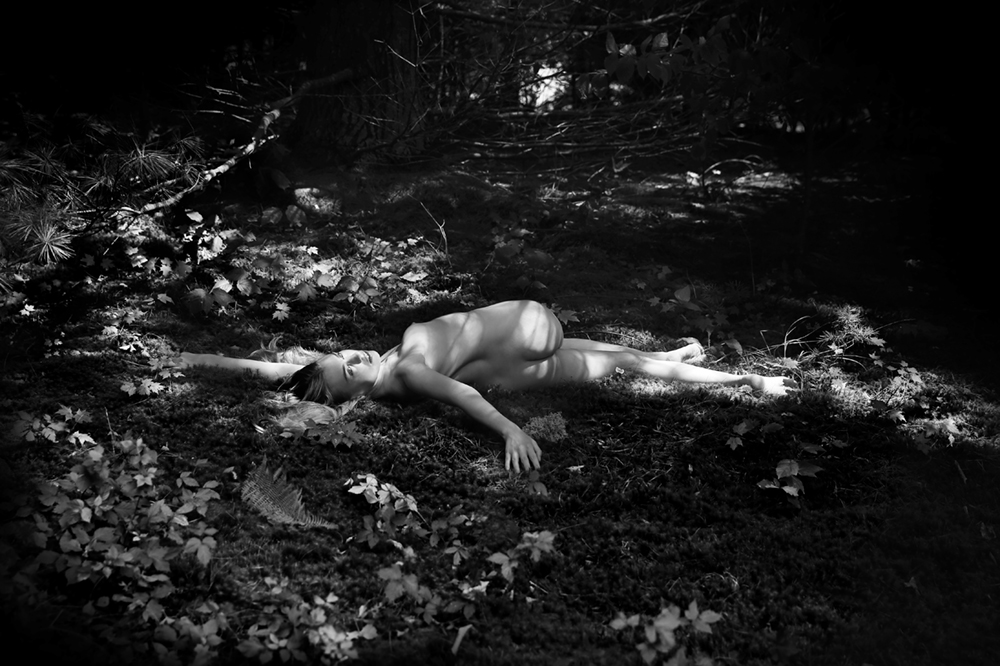 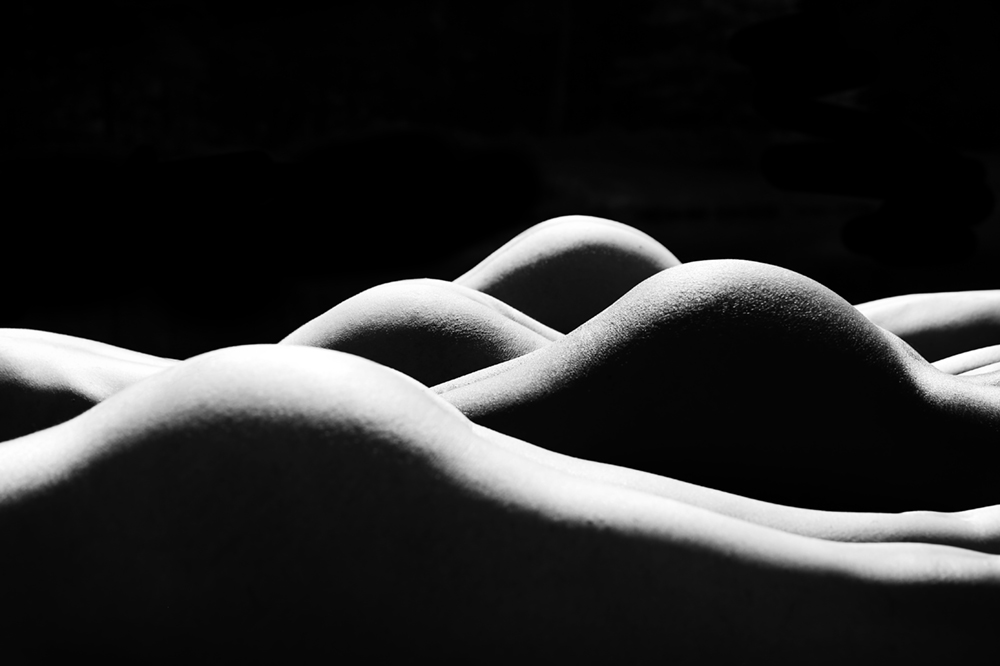 Across cultures, the Sublime Feminine has been associated with a spiritual force best ennobled through creative expression — beautiful, soulful, sensual and intellectual; a force which at its crux carries the greatest mystery of all, that of human creation.

From a personal perspective, the Sublime Feminine has fascinated Eisler, who has sought out this interest photographically in different places and environmental spaces, a personal journey of sorts during which she has tried to trace and visually revitalize this energy, embodied in the female form, as set against the grandeur of nature.

For her first public series back in 2015, Eisler followed in the footsteps of the great painter Georgia O’Keeffe, experiencing first-hand a small part of her journey among the truly grand barren landscapes of New Mexico. The experience, haunting and vital, set against unimaginably sharp blue skies and rock-strewn valleys in shades of rust made her whisper O’Keeffe’s own words to the wind: “Such a beautiful untouched lonely feeling place, such a new part of what I call the Faraway.”

Lost in time, trying to tie purpose to creative endeavor, she began a visual dialectic with the sources of her budding inspiration, whilst grasping to understand the outlines of her own poetic adventure. Thus was born the search for Eve, Mother Earth’s first muse. “I saw her standing atop rocky inclines, as sensual and powerful as the monumental nature surrounding her.”

In 2016, Eisler happened upon the Carrières de Lumières (Quarries of Light), an ‘Underworld’ of sorts, tucked away in the heart of Provence — a place imbued with texture and light, a perfect setting to seek out mythic antecedents, such as the story of Orpheus and Eurydice, a tale re-visited by Jean Cocteau, in that same mythic location, fifty or so years before.

It is here that Eisler decided to marry reality to myth, photographically exploring universal themes common to all cultures alike: love and lust, passion, temptation and unconquered passions. In 2017, the yellow brick road led her to the Catskills, a place of some mystery, beautiful and vibrant, alive with its own spiritual and folkloric rhythm, hewn out of the land.

It is in these surroundings that Eisler was transported by childhood memories and magical fairytales of enchanted water sirens and forest nymphs, all mesmerizing creatures, reunited in an unlikely and imaginary melting pot.

It is fair to say that Eisler's oeuvre has been driven by fantasy and it is in such settings of immeasurable natural grandeur as in New Mexico, Provence and the Catskills, that universal dreams have turned into reality.

Maryam Eisler holds a BA from Wellesley College and an MBA from Columbia University. Her exhibition Searching for Eve in the American West debuted at Tristan Hoare Gallery, London, November 2016. She has shown her work at Photo London, Unseen Amsterdam, and the Dallas Art Fair. The Sublime Feminine at Harper’s Books in East Hampton is her first solo exhibition in the United States. Eisler's work is held by the Davis Museum, Wellesley College. She is a board member of the Columbia University Global Centers and is also a member of the Tate International Council and co-chairs Tate’s MENAAC acquisitions committee. As a trustee of the Whitechapel Gallery in London, she sits on the advisory board of Photo London and is a nominator for the Prix Pictet photography prize. Eisler has had executive editorial roles on several publications including Sanctuary: Britain’s Artists and their Studios; Art Studio America: Contemporary Artist Spaces and London Burning: Portraits from a Creative City. Her 2017 book Voices: East London (for which she supplied both text and photographs) was co-published by Thames and Hudson and TransGlobe Publishing. She is also a contributing editor to LUX magazine, a Condé Nast publication, and has contributed both photographically and editorially to Harpers Bazaar Art, Vanity Fair ‘on Art’ UK as well as Vogue Arabia. Eisler is represented by Tristan Hoare in London.