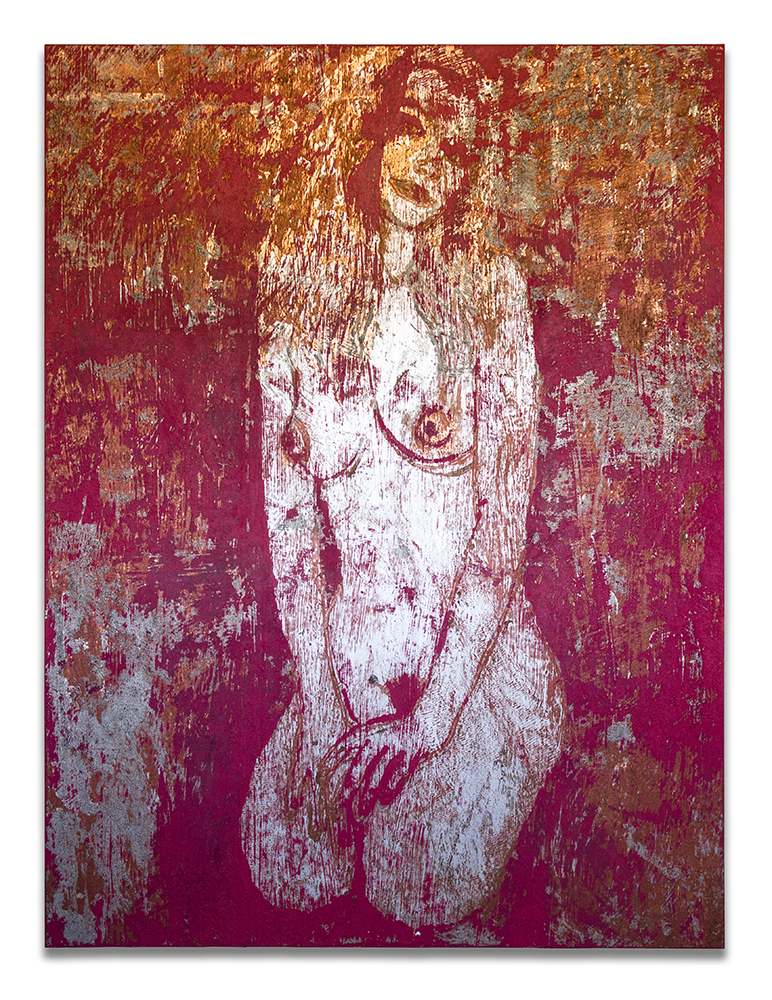 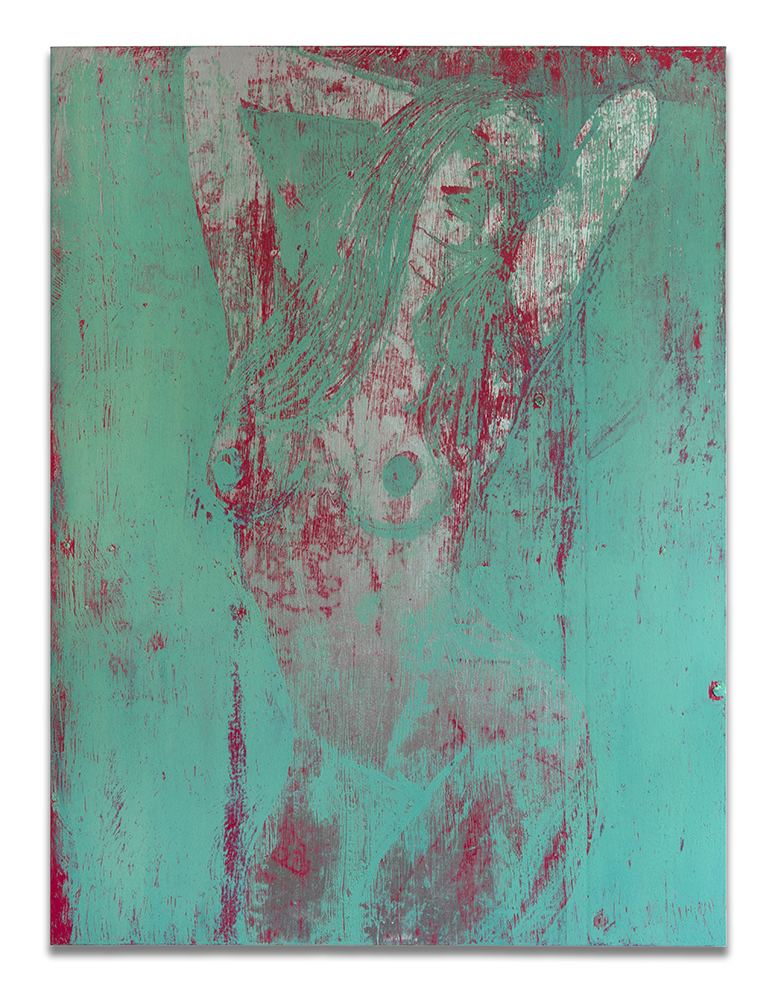 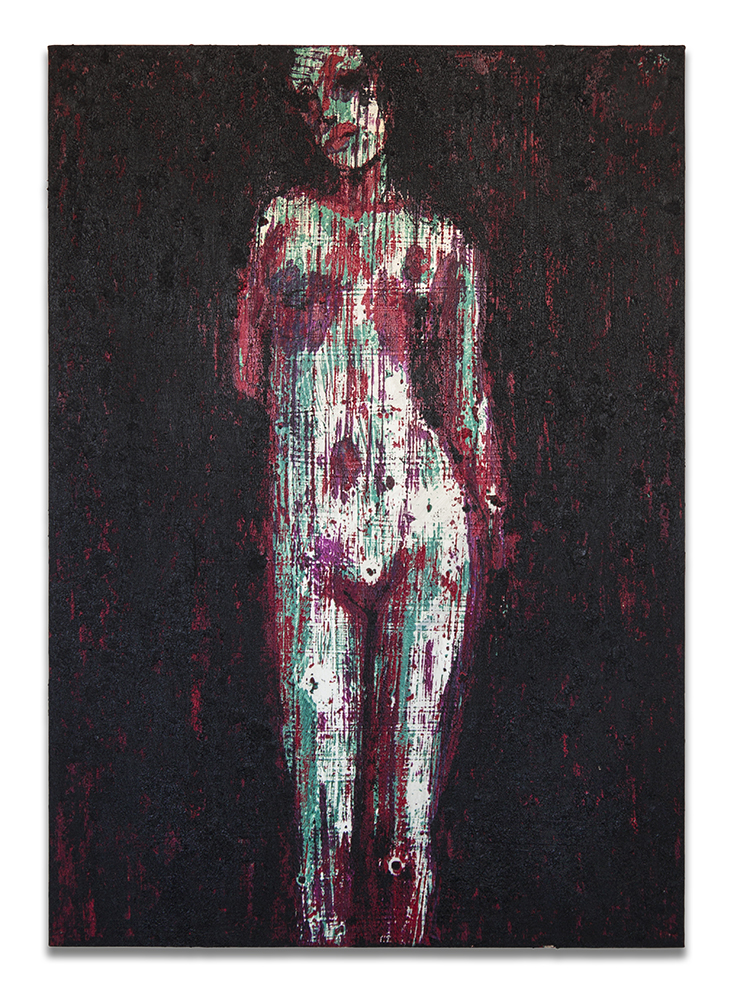 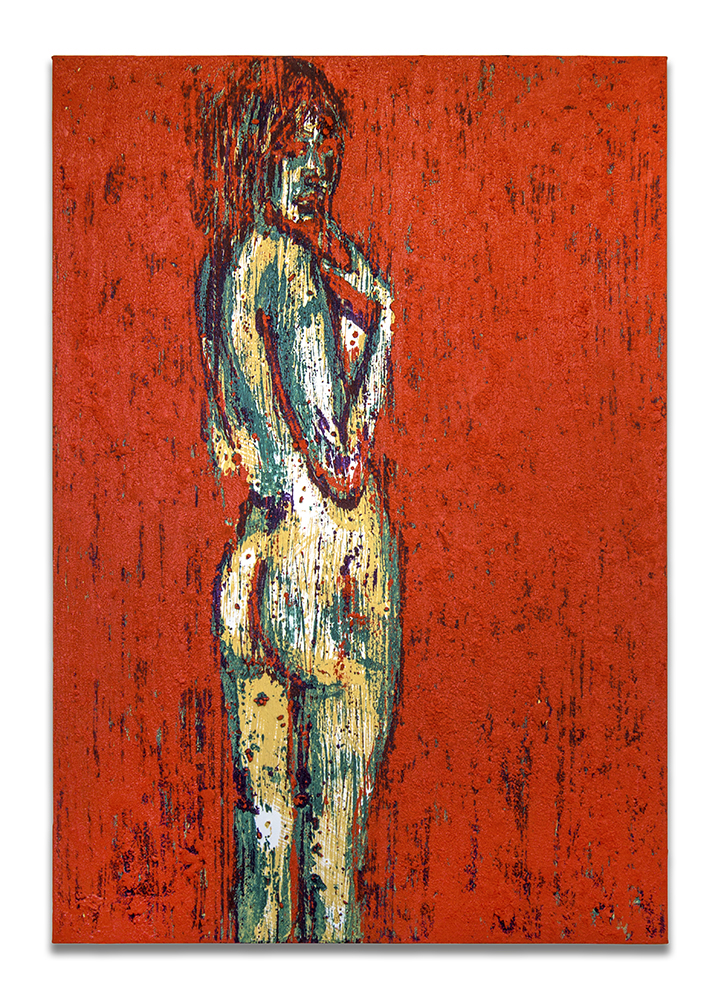 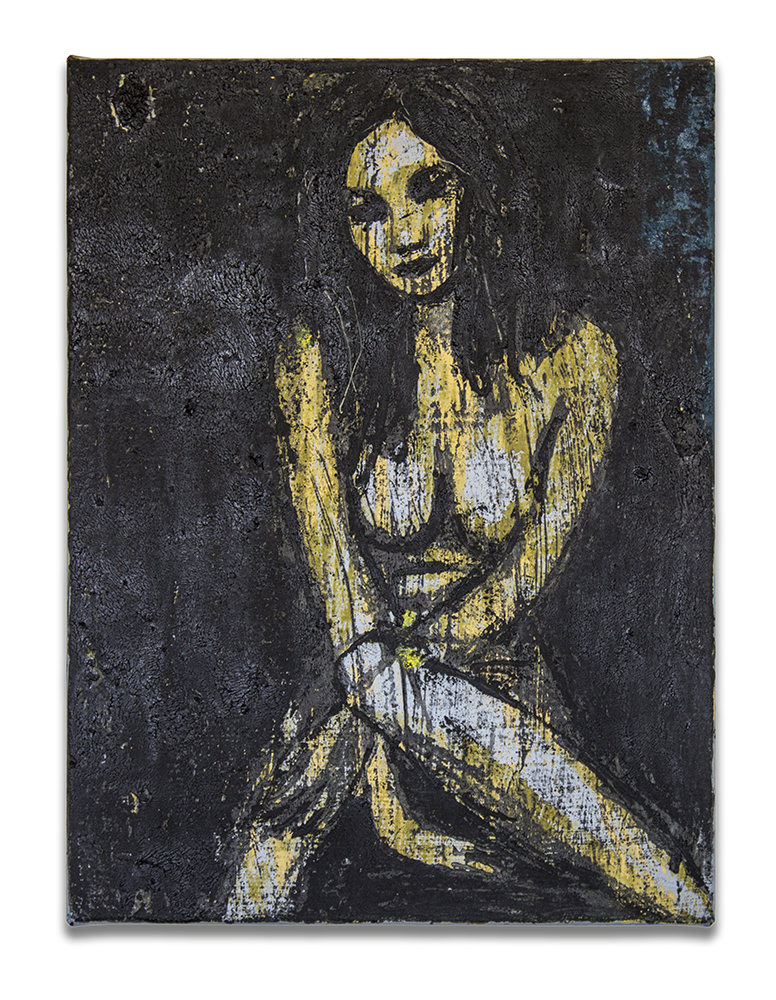 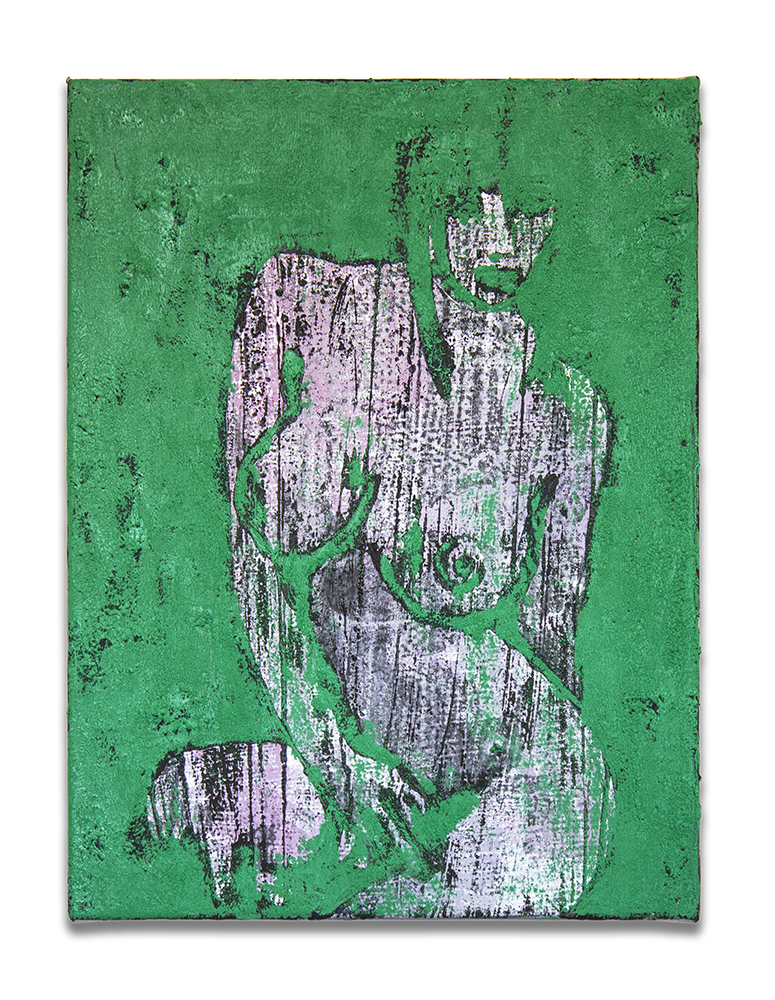 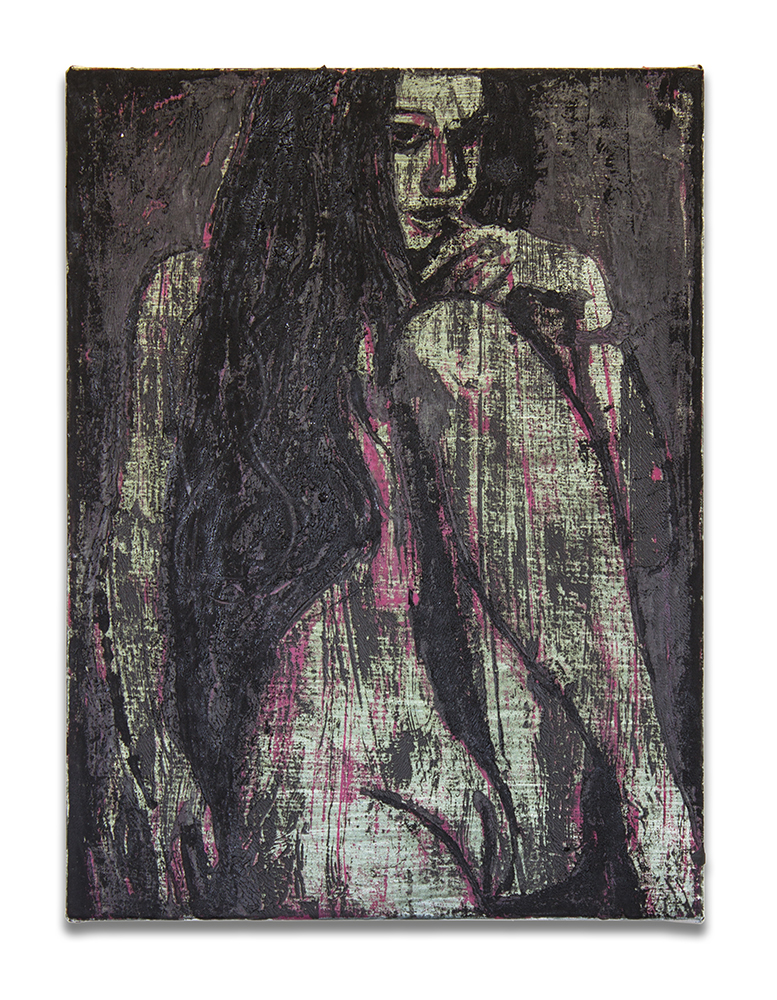 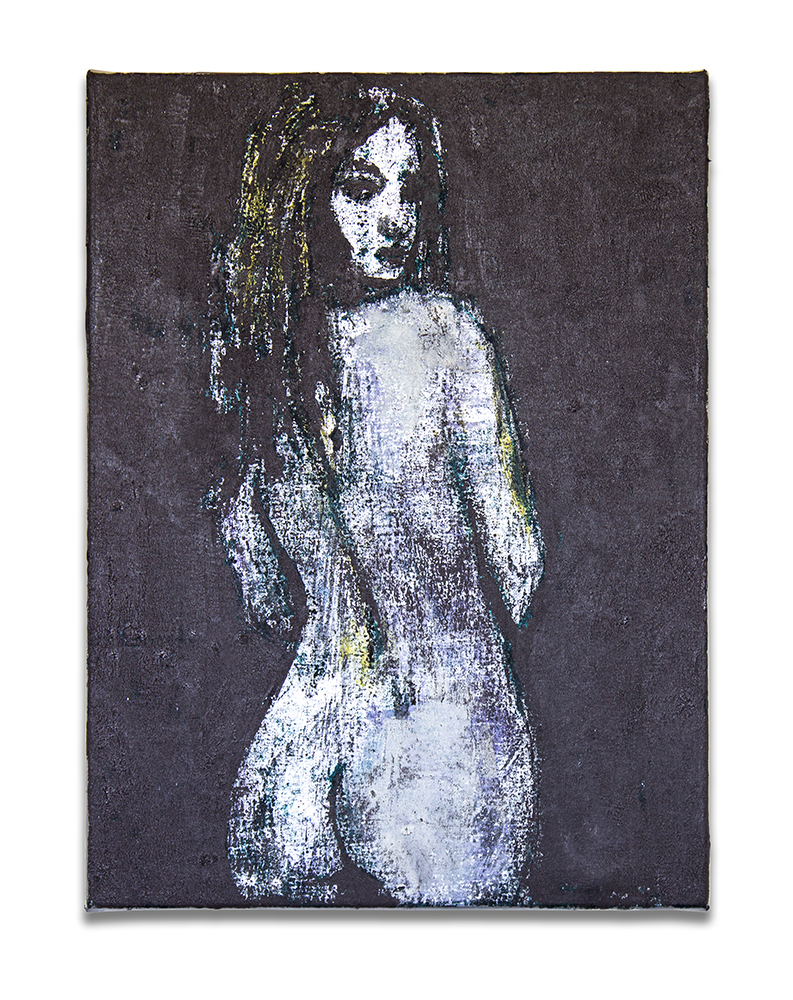 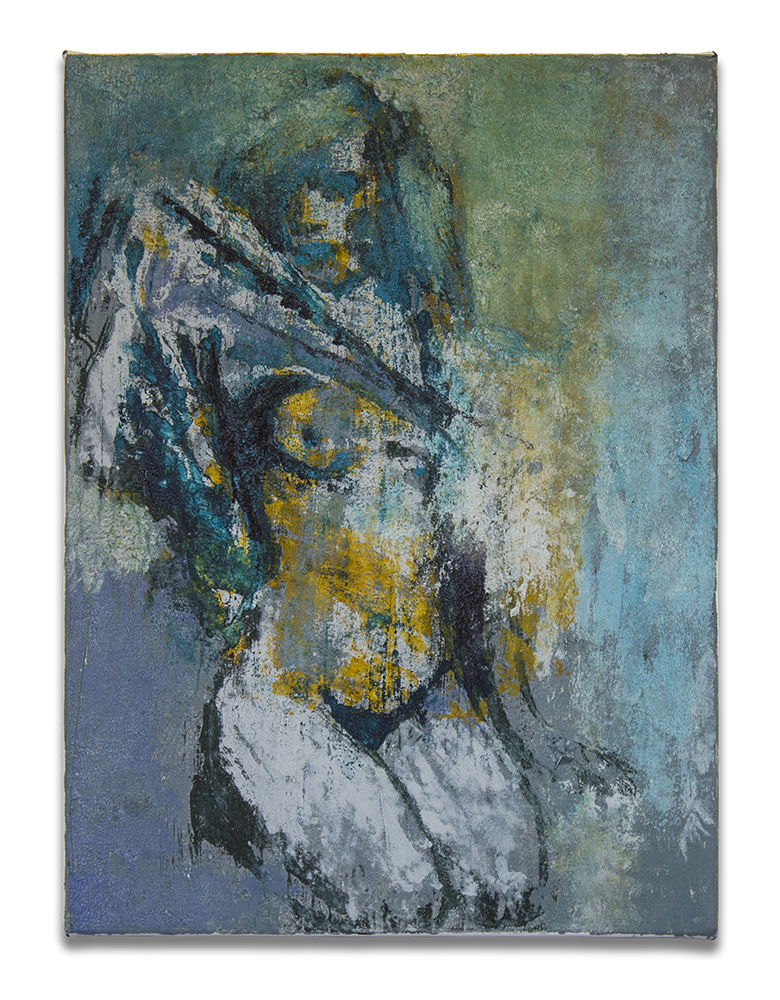 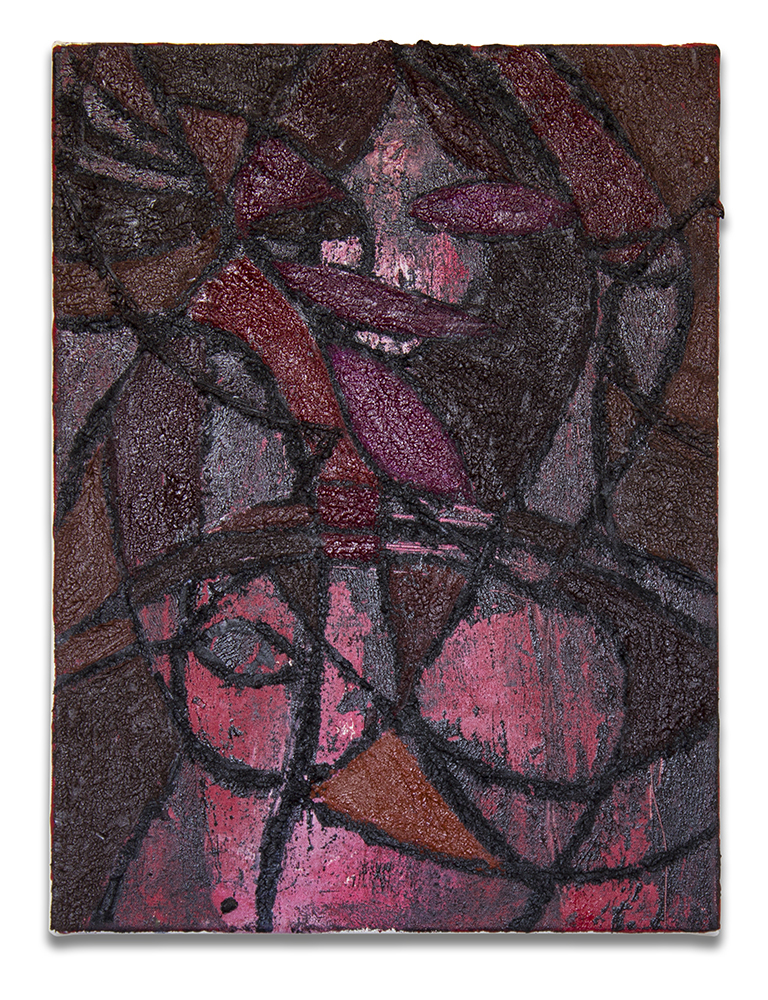 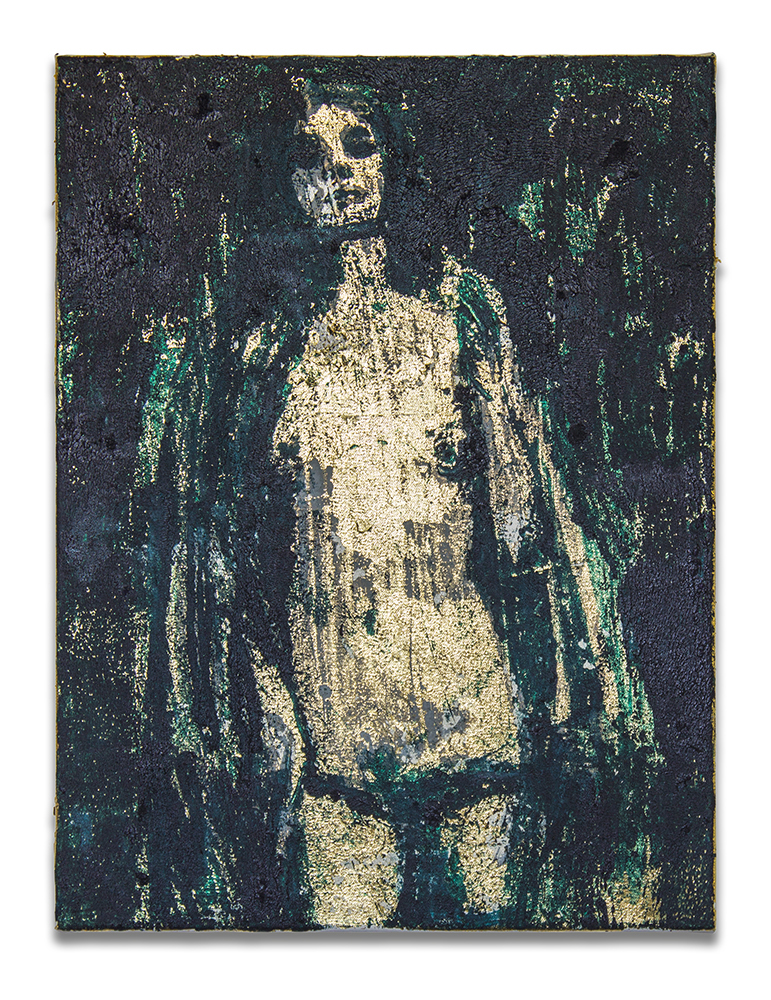 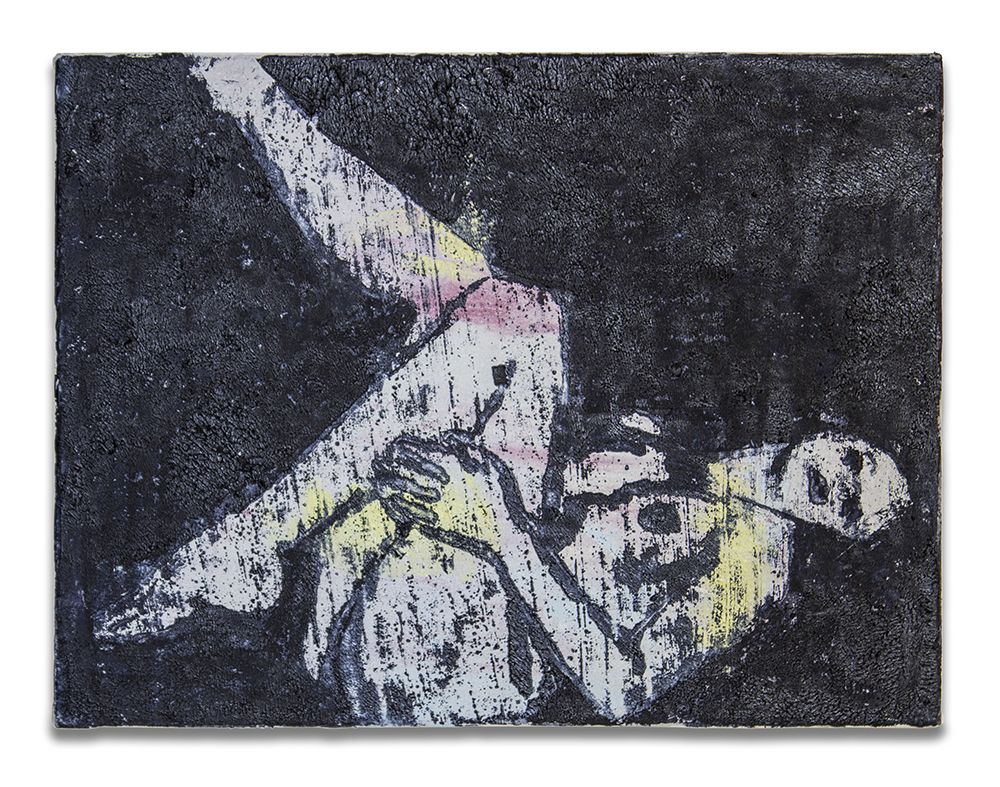 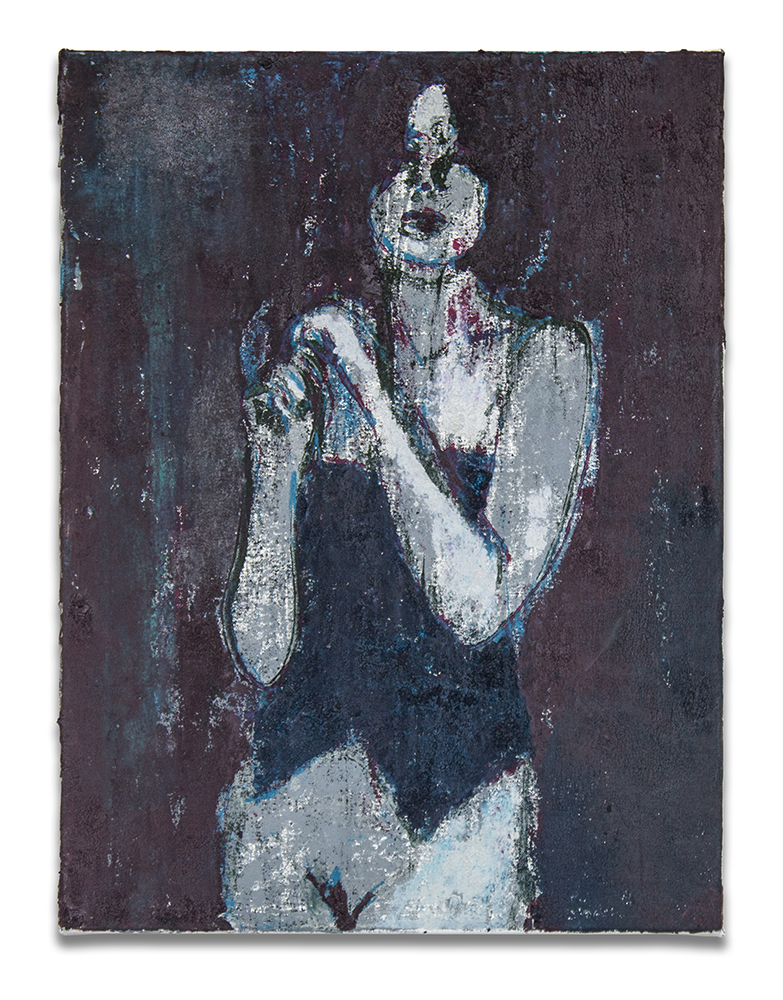 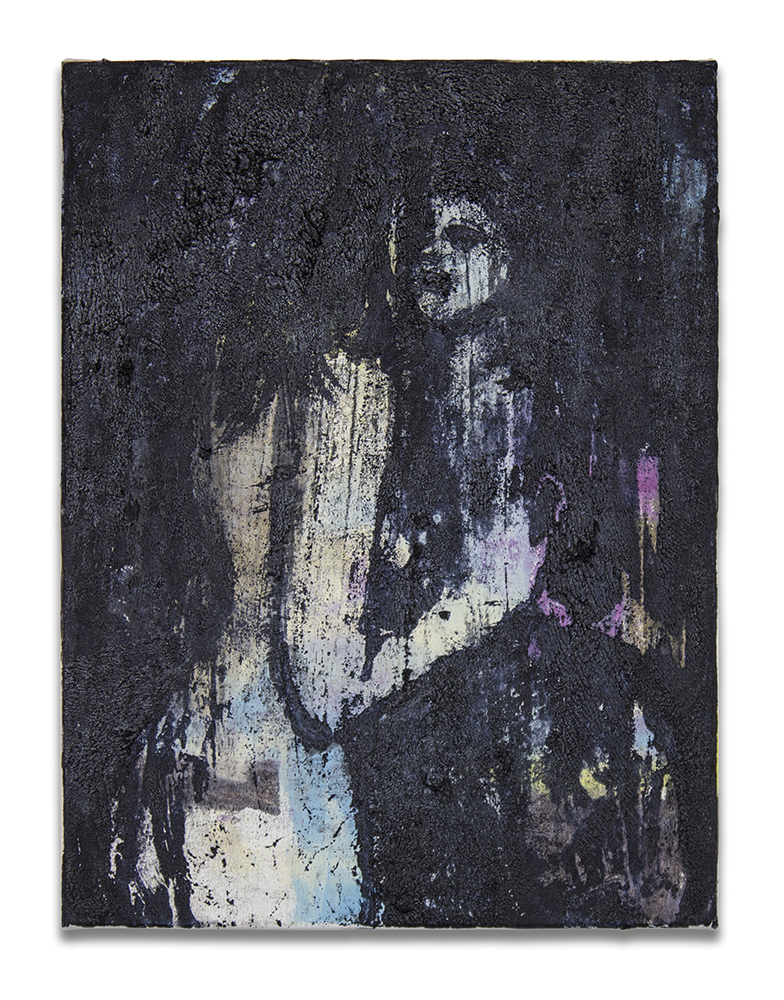 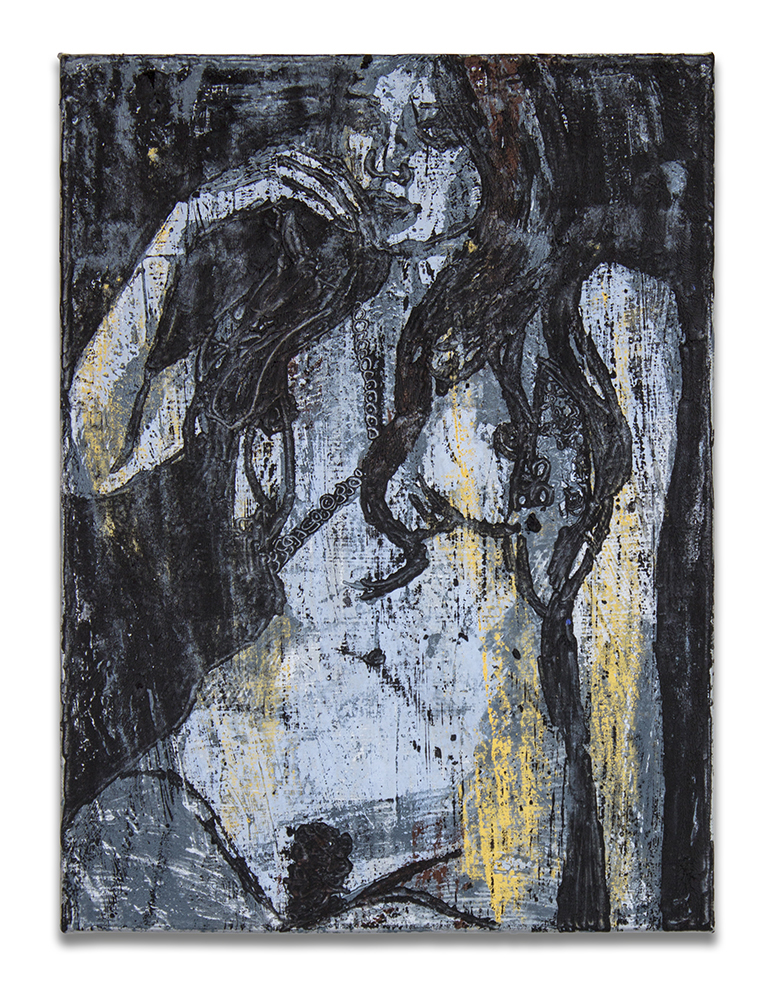 Harper’s Books is pleased to announce Nudes, an exhibition of recent work by New York-based painter Enoc Perez. Comprised of fifteen large and medium-format works on canvas, the show will be on view from August 19th through October 15th, 2017.

Encompassing both the main level and mezzanine galleries, this new series of paintings began In Perez's Queens studio and was completed in East Hampton. Executed using a variant of the artist’s signature “brushless” technique, each of the paintings portrays a nude woman posing suggestively for the viewer. To make these works, Perez relied on a process more closely akin to printmaking than to traditional painting: starting with images drawn on the rectos of large sheets of paper, Perez covered their versos with areas of the gritty oil paint for which he has become known. Laying the paper onto canvases of similar sizes, Perez retraced his drawings, thereby registering his images onto the surface of his canvases. This transfer usually occurs after Perez has painted a canvas with a field of loose, expressionistic marks, or laid down a ground of gold or silver leaf, which remains visible as negative space after tracing an image. Shuttling between positive and negative space, Perez’s silhouetted figures emerge, similar in effect to a block print.

This blending of direct and indirect approaches to the canvas accounts for the distressed, nearly eroded, surfaces of Perez’s paintings. He purposely exploits this compositional effect to mimic the passage of time on a singular picture plane. The range of his palette is restrained – most works in Nudes could be categorized as near monochromes – but the colors Perez uses are highly saturated. When Perez’s women emerge from their boldly hued grounds, they seem to appear from behind a screen, patently visible, but shadowed, textured, and vaguely obscured. Paired with retro poses that his women assume, the paintings emanate from a faded past, through a fog of distance, sweat, and memory.

Enoc Perez built his reputation on a series of paintings that depicted iconic modernist buildings, ranging from Philip Johnson’s Lipstick Building to Gordon Bunshaft’s Lever House, in which he rendered an alternate history of power and ambition in the United States and abroad. Perez has painted nude women for nearly as long as he has painted buildings, however, and when understood in the larger context of his work, these figures serve as a kind of foil to the muscle and desire treated in his pictures of buildings. His women take poses familiar from centerfolds of the 1950s and 1960s, and like Perez has said about the buildings he paints, these women might have “aspirations beyond [themselves].”