Elizabeth Huey: And Yet It Moves 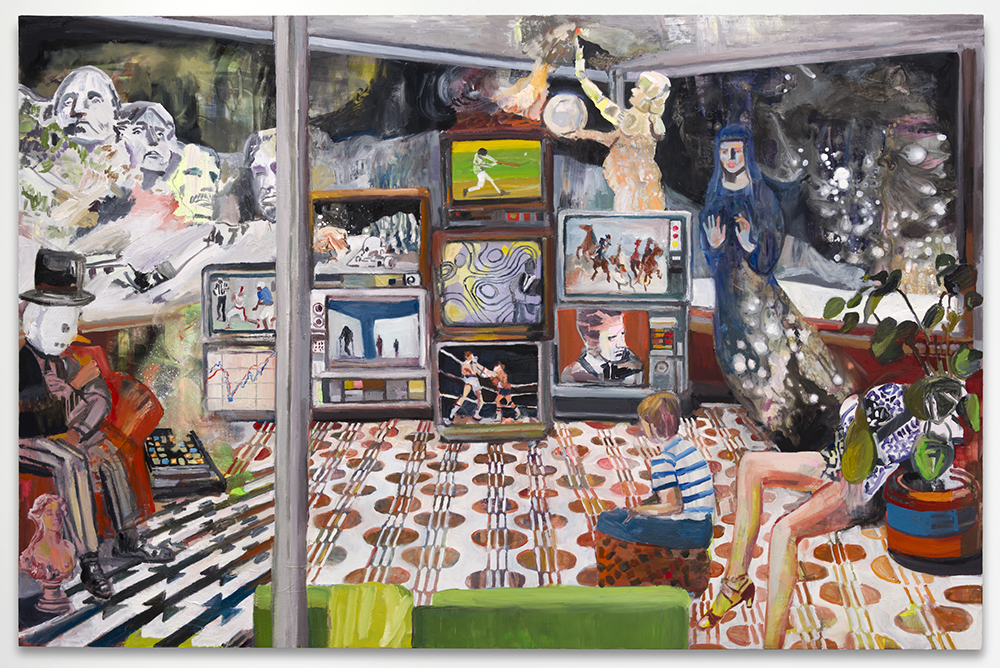 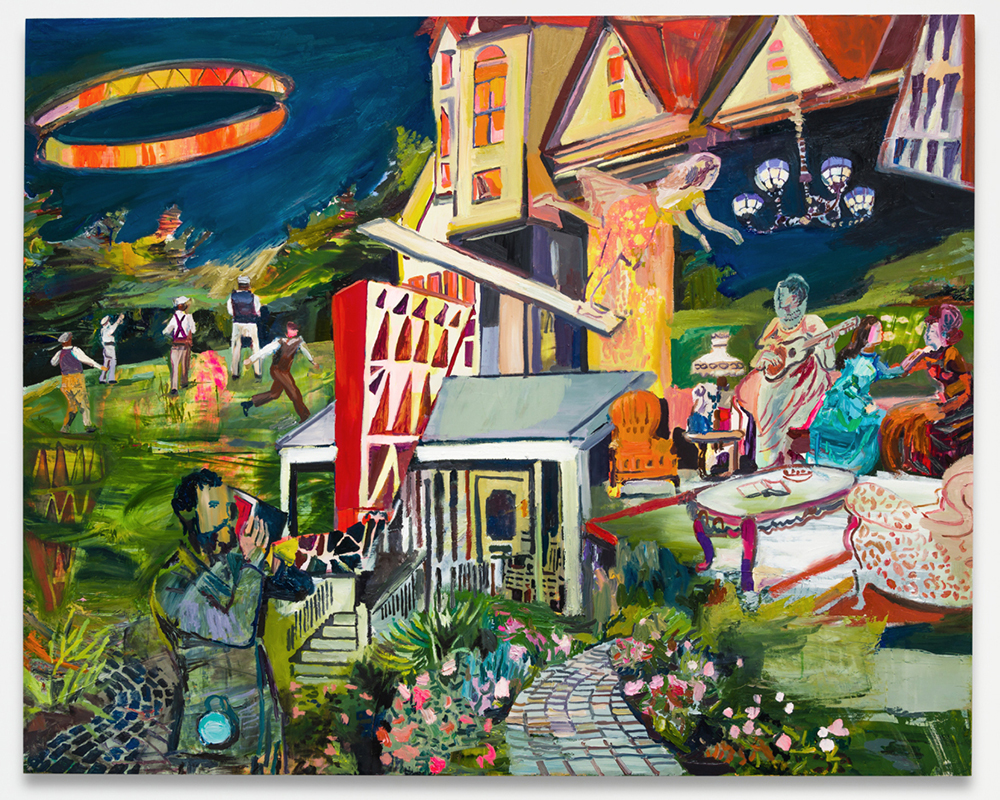 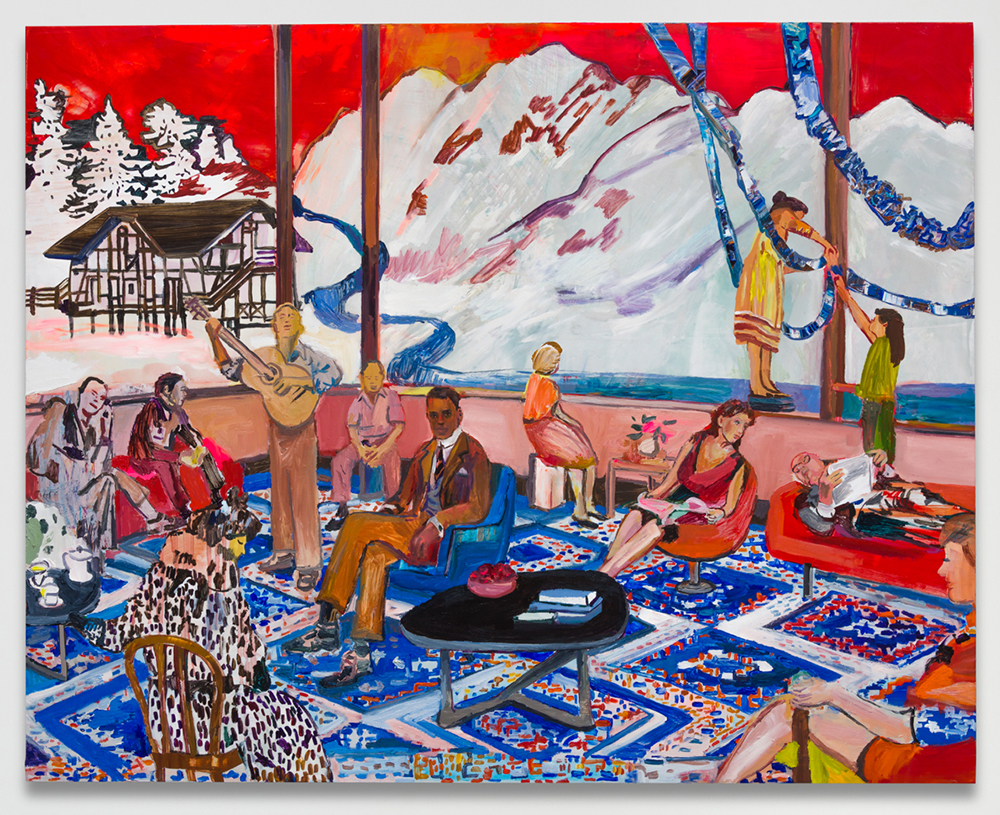 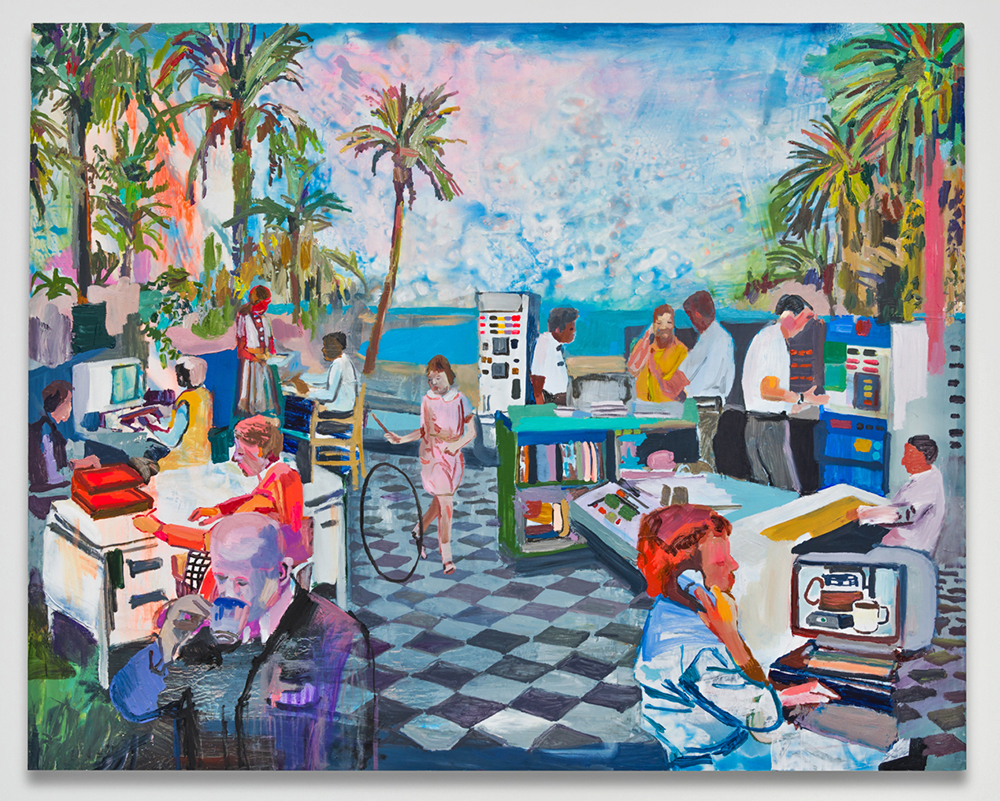 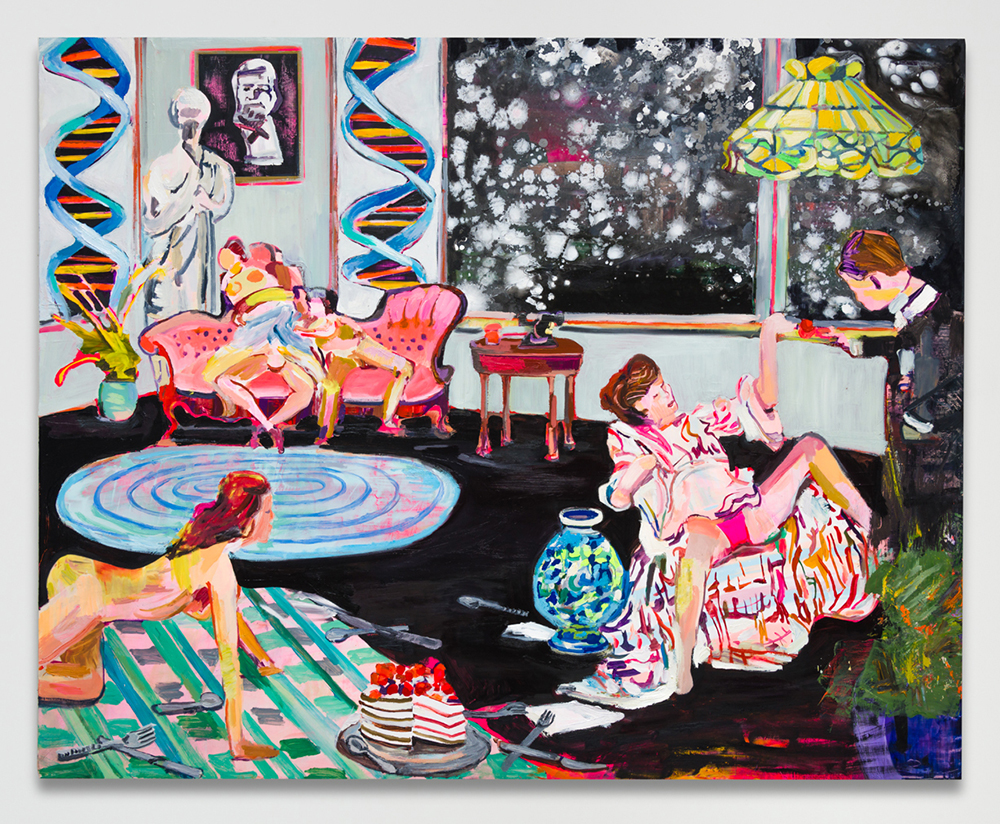 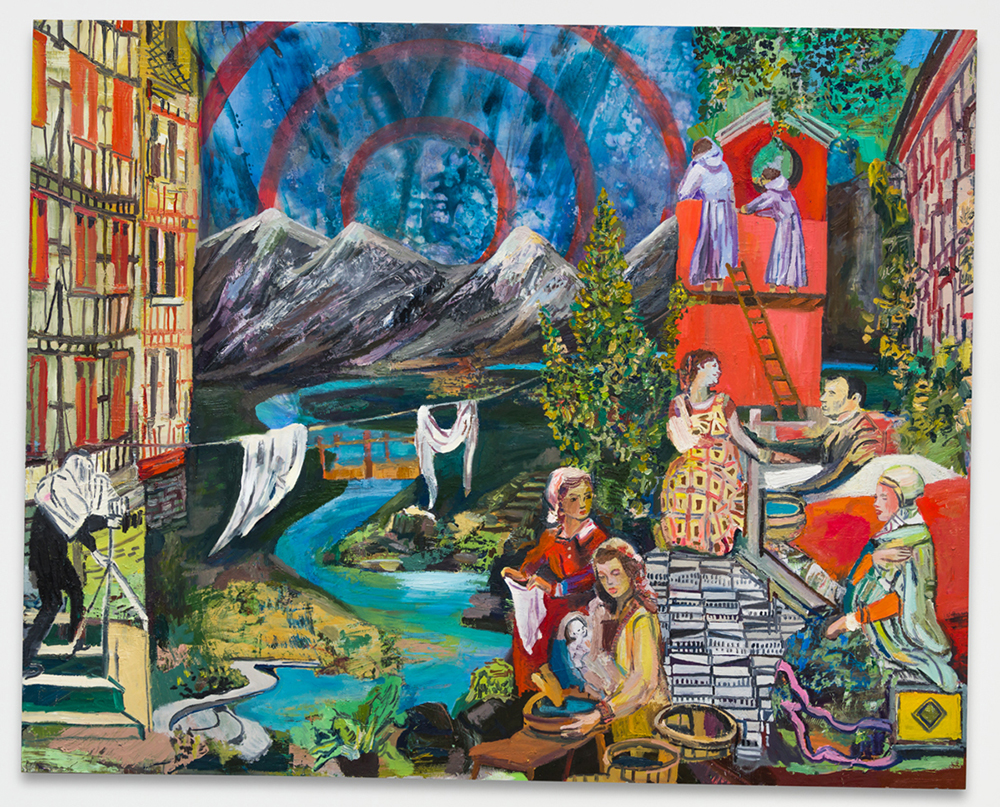 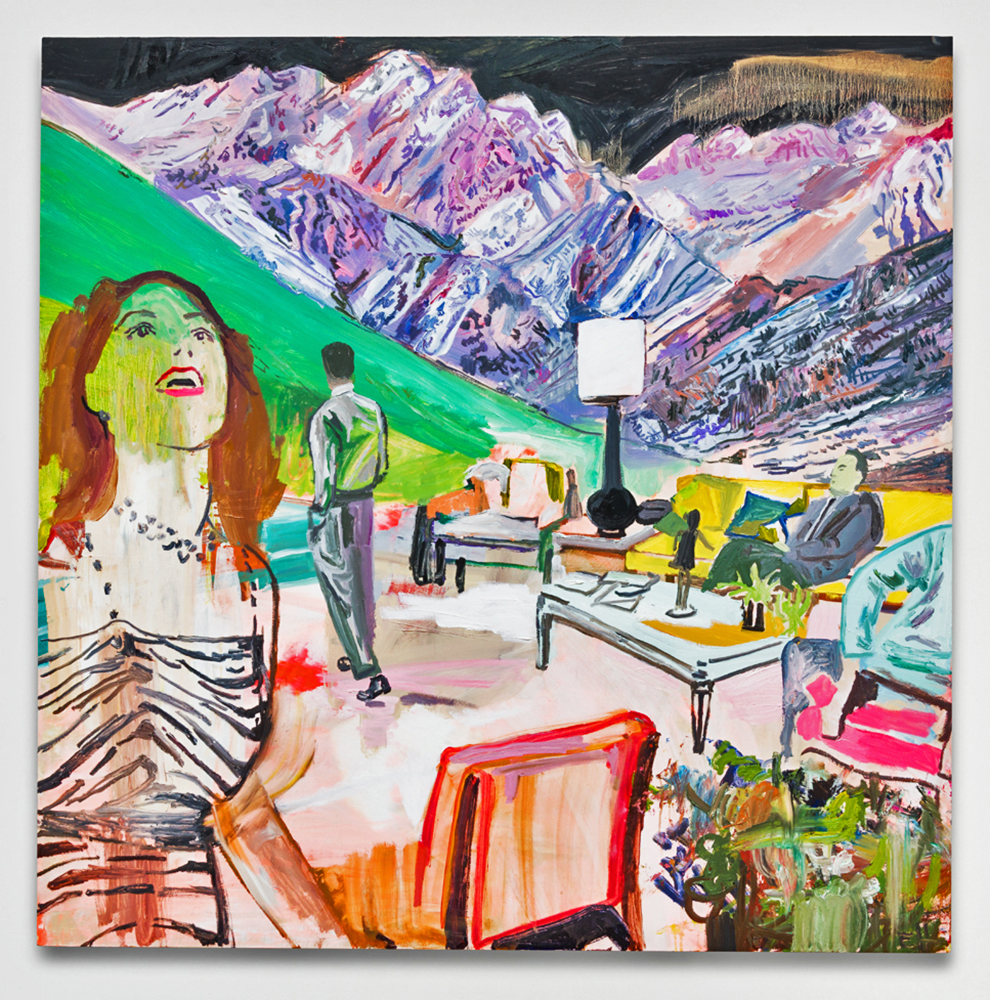 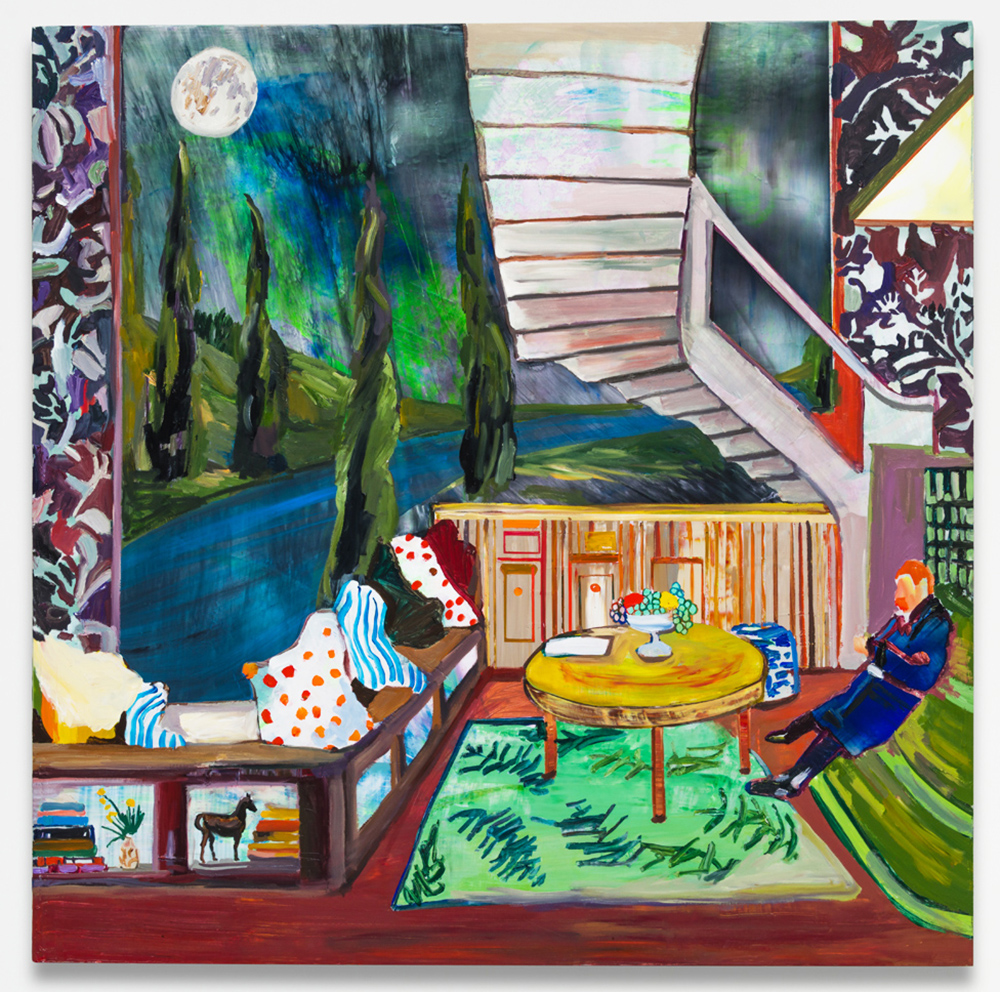 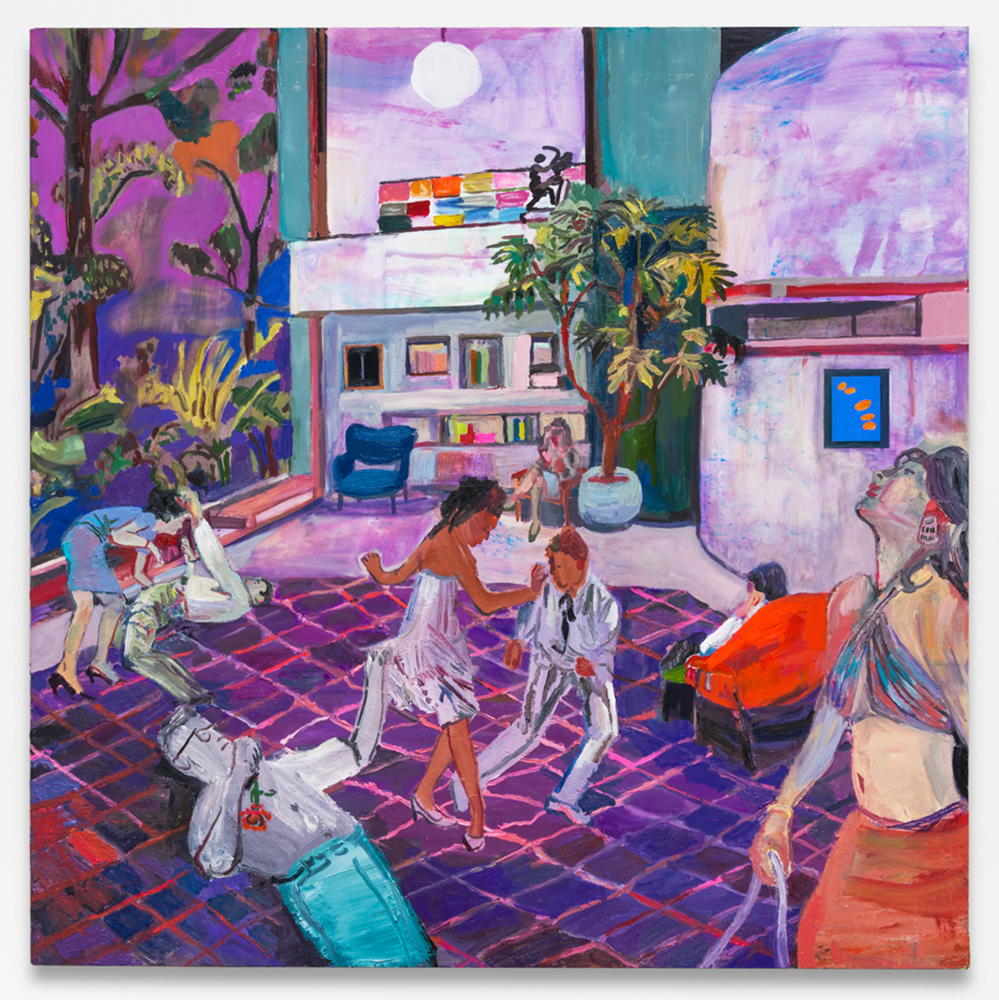 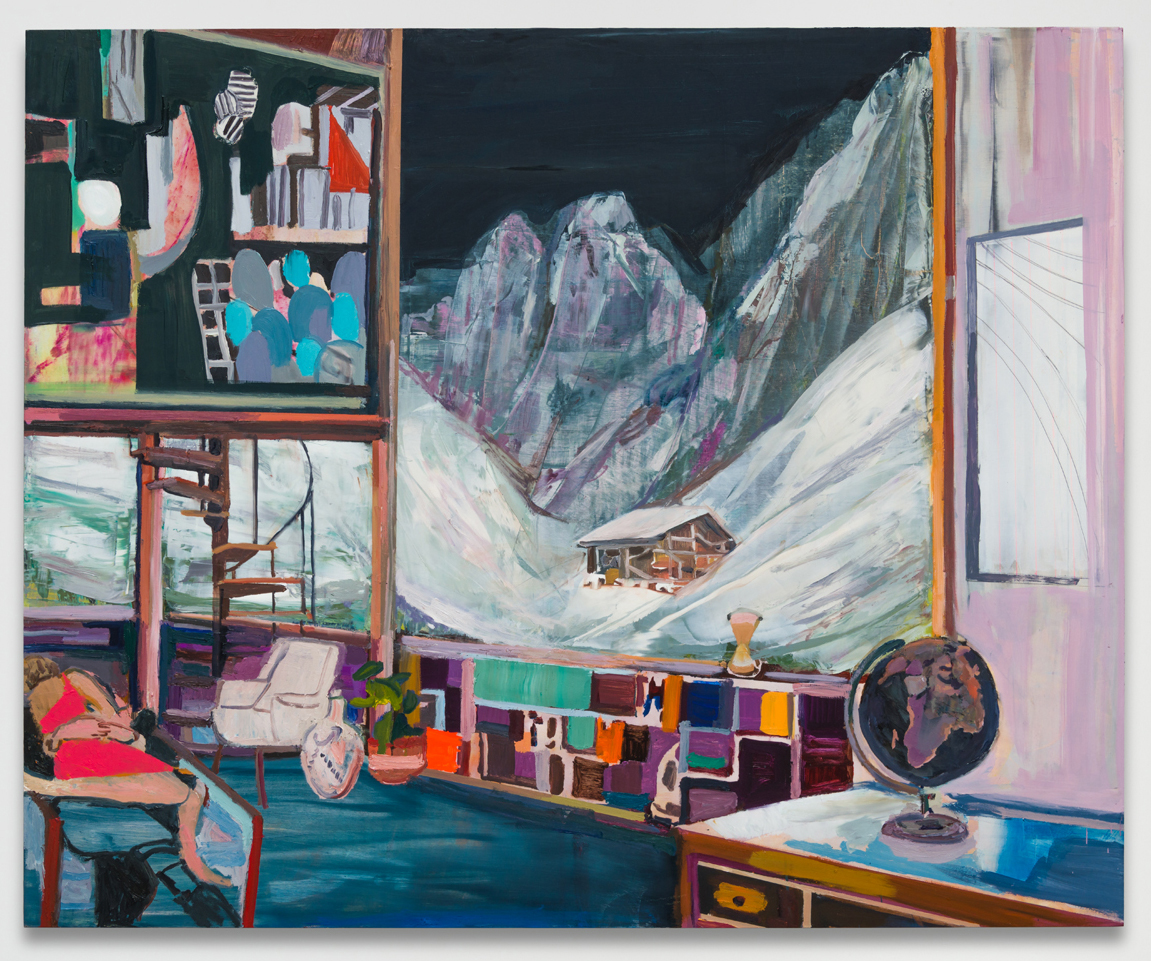 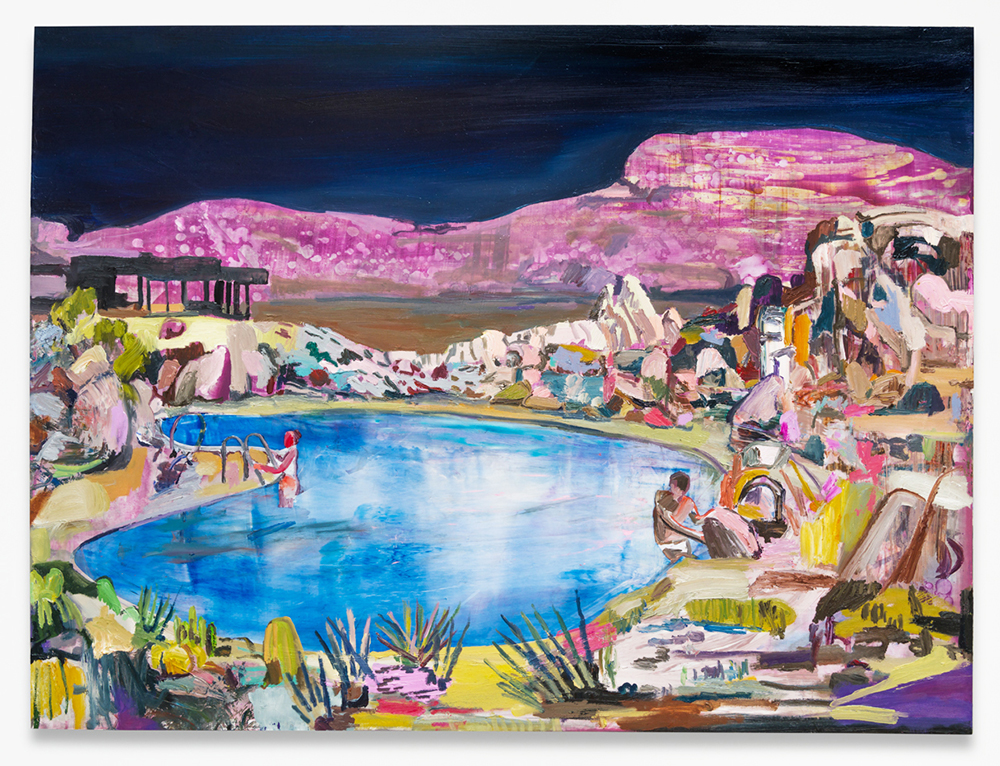 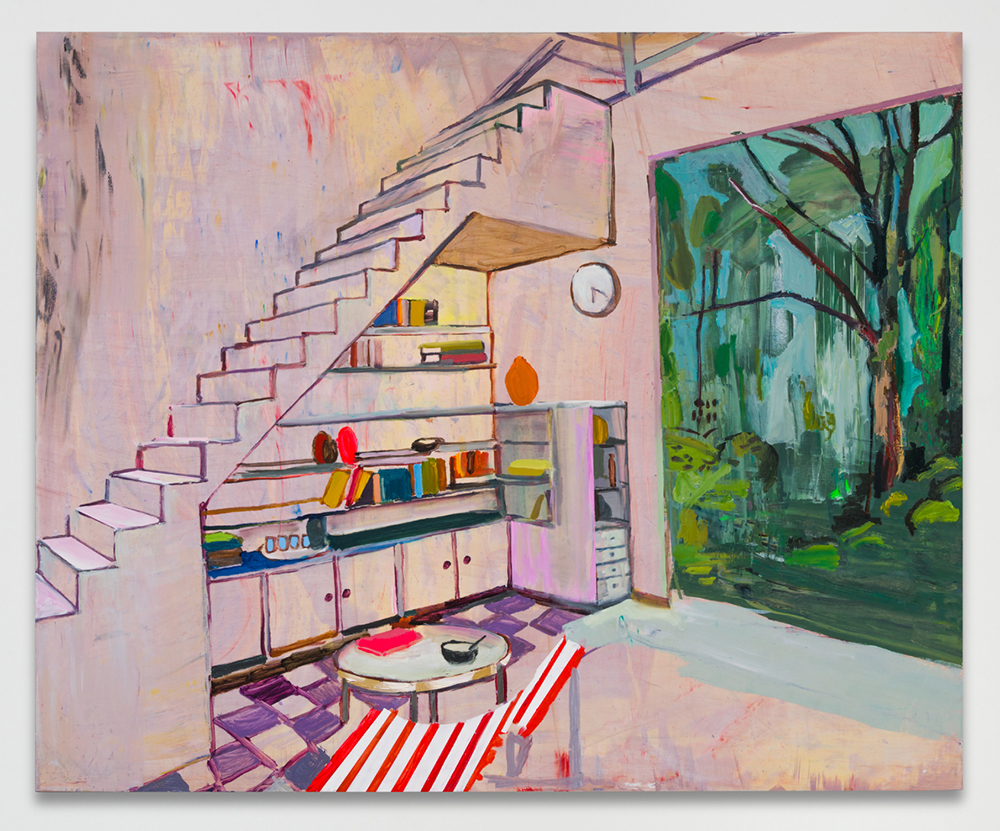 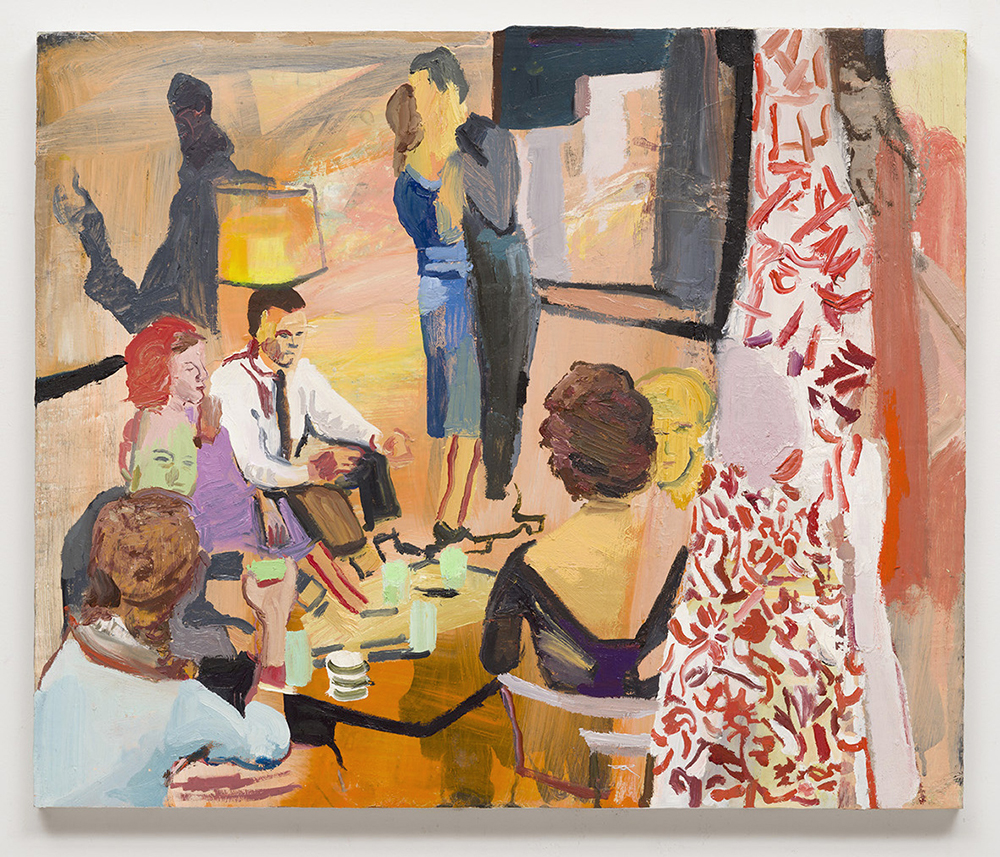 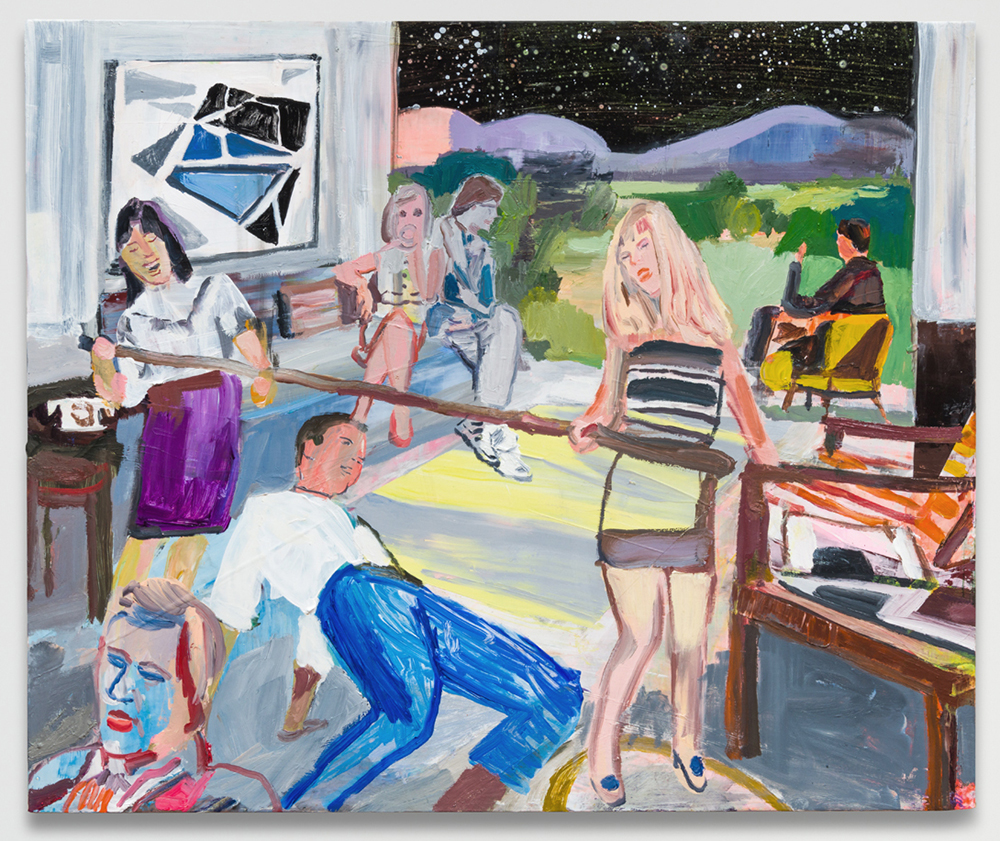 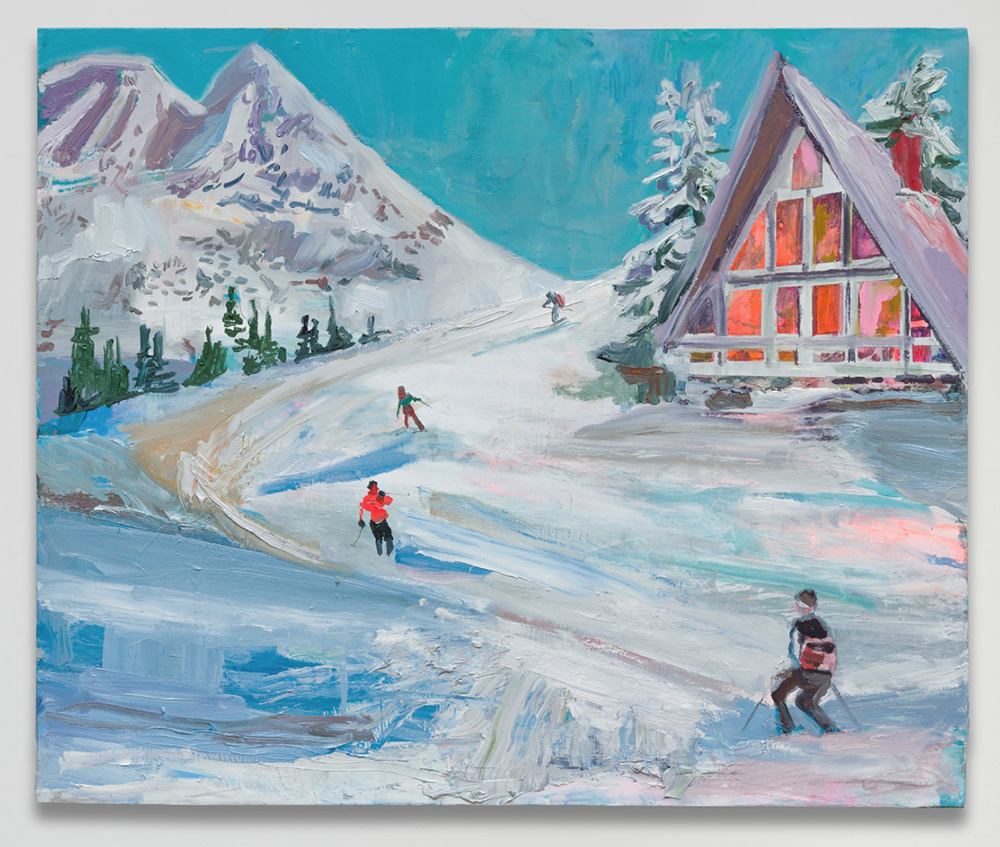 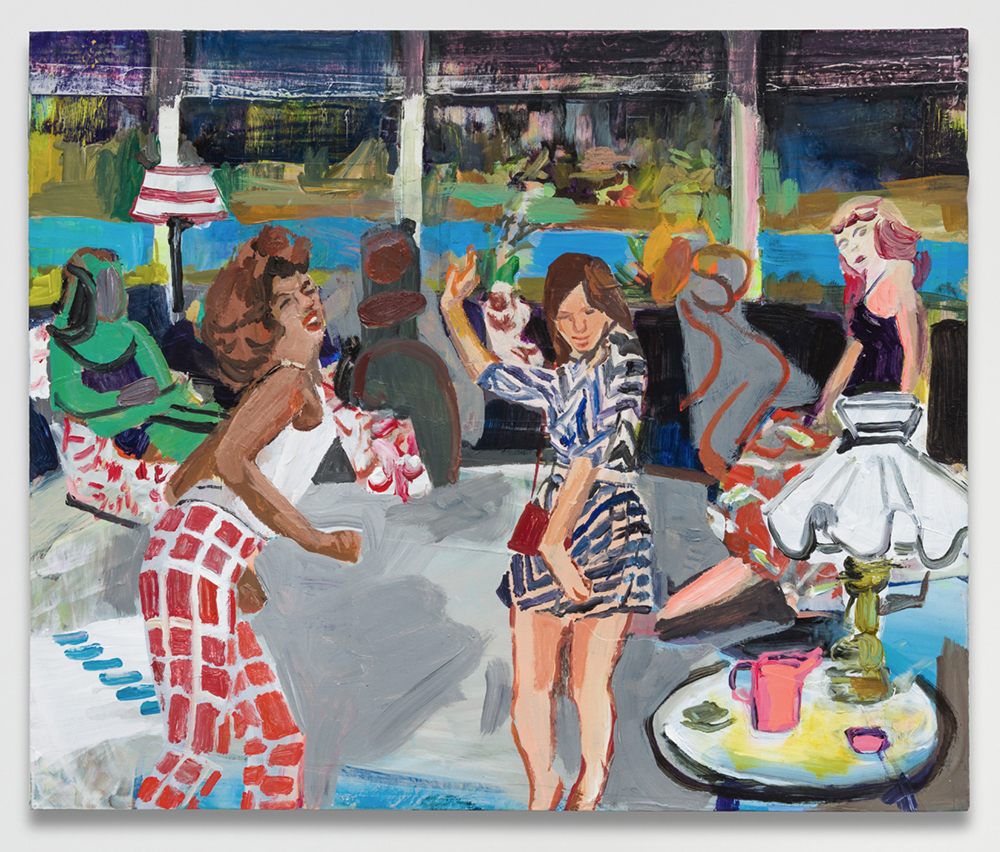 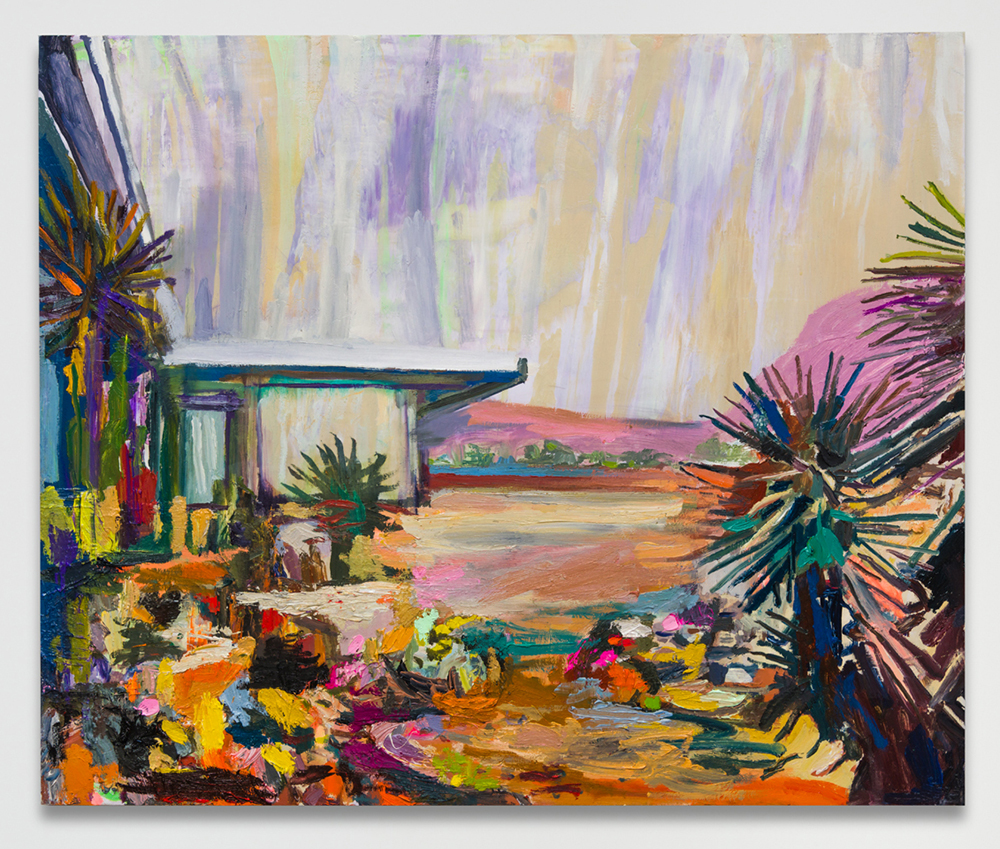 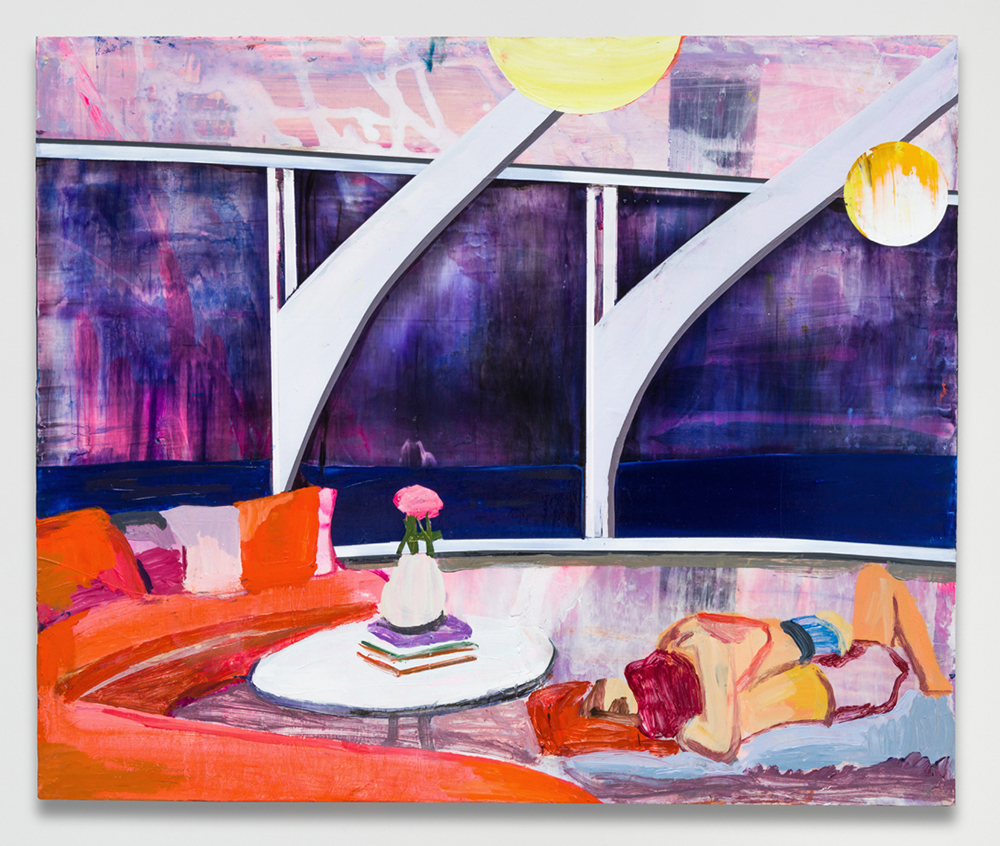 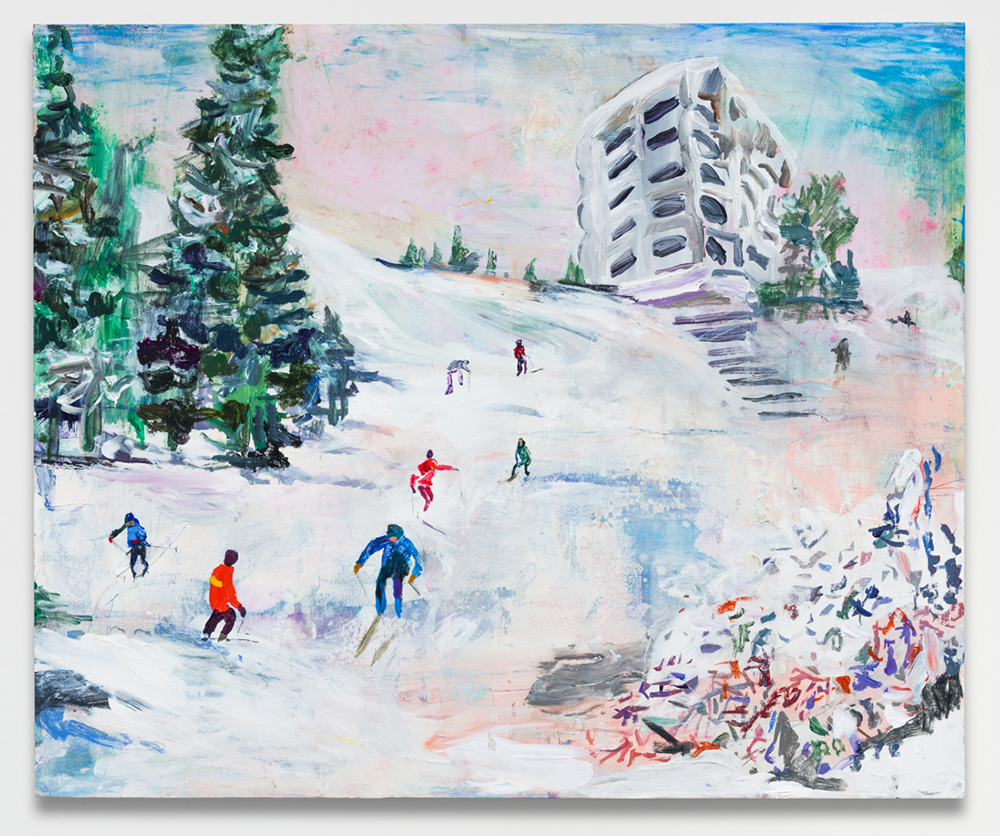 Opening on May 27, 2017, Harper’s Books is pleased to announce And Yet It Moves, a new suite of paintings by Los Angeles based artist Elizabeth Huey. A reception attended by the artist will be held from 6-8pm. The show will remain on view through June 22.

In her second solo exhibition with the gallery, Huey continues to reflect on a broad spectrum of quandaries surrounding humanity, focusing specifically on key historical figures and monumental events. For Huey, portraiture is much more than a singular depiction of one being; it is comprised of complex lived truths affected by landscape, architecture, circumstantial histories and interpersonal relationships. Born from a substratum of abstract expressive paint, the figural elements of Huey’s work hail from a multiplicity of styles and eras.

In a description of her work she states, “Painting is a conversation where there are always more questions than answers”. Night is Deaf and the Morning Remembers envisions Alexander Graham Bell amidst a fractured Victorian home flanked by several colorful tetrahedrons and a spectral figure joyfully strumming a guitar. What role did Bell’s deaf mother play in the invention of the telephone? In Something More, Ernest Just rests prominently in a hotel lobby encircled by a cast of indifferent characters against a backdrop of snow-capped mountains. Did Just’s fight for equality influence his discovery of the ectoplasm? In The Howl, Hedy Lamarr wails in angst and empowerment shadowed by a clique of male executives. Was society’s emphasis of her starlet stature over her scientific mind a fueling factor in her founding of cellular communication?

Panoramic in its intricacies, each painting reflects a Proustian moment of malleable time—past, present and future, melding interior and exterior universes. This duality is prominently evidenced in Windows (Arpanet) where the bubbling atmosphere and palm trees nestle against the structural depiction of technology. A nod to multiple windows: the view outside, the computer screen and the painting itself, Huey candidly explores the four quadrants of Johari’s window. Elizabeth Huey's degree in psychology and her continual research and participation in its field, help to illuminate this interplay of trauma and the miraculous.

An avid collector of photographs (found prints, googled source images and her own snapshots), Huey uses her archive to delve into the complexities of her subjects. After Galileo was arrested for heresy, he scribbled 'And Yet It Moves' on his cell wall, and so it does, and even in our less conscious moments, so do we. Elizabeth Huey reveals the totemic power of imagery. Immersion in these scenic allegories conjures a renewed sense of optimism—a stalwart suggestion that there might be something more in all of us.

Before earning an MFA from Yale University (2002), Huey obtained a BA in Psychology from George Washington University (1993) and studied painting at both the Marchutz School in Aix-en-Provence, France and the New York Studio School of Drawing, Painting and Sculpture in Manhattan. She was awarded the Terra Foundation Fellowship and Residency (2001) in Giverny, France, the Johns Hopkins University Artist Travel Fellowship (2006) to Bologna, Italy, and the Artist Research Fellowship from the Smithsonian Institution (2008) in Washington D.C.  Most recently, she completed the Alma B.C. Schapiro Artist Residency at Yaddo (2014) in Saratoga Springs, NY, and the Soho House Artist Residency (2016) in Miami, Florida. She has exhibited both nationally and internationally.