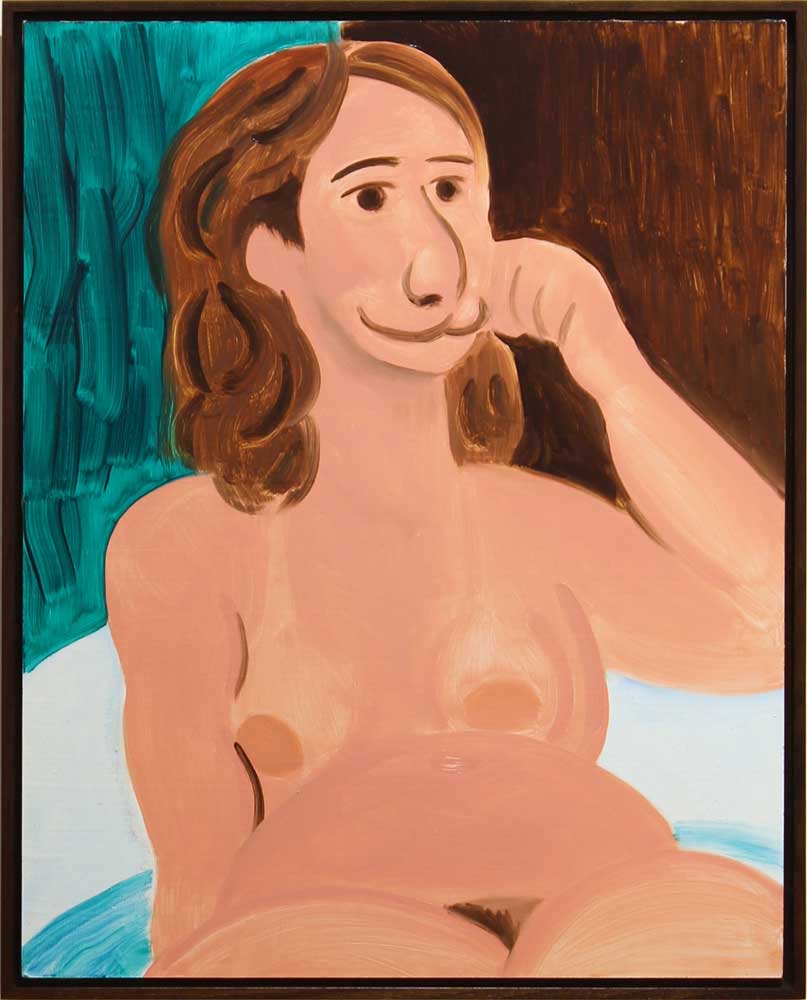 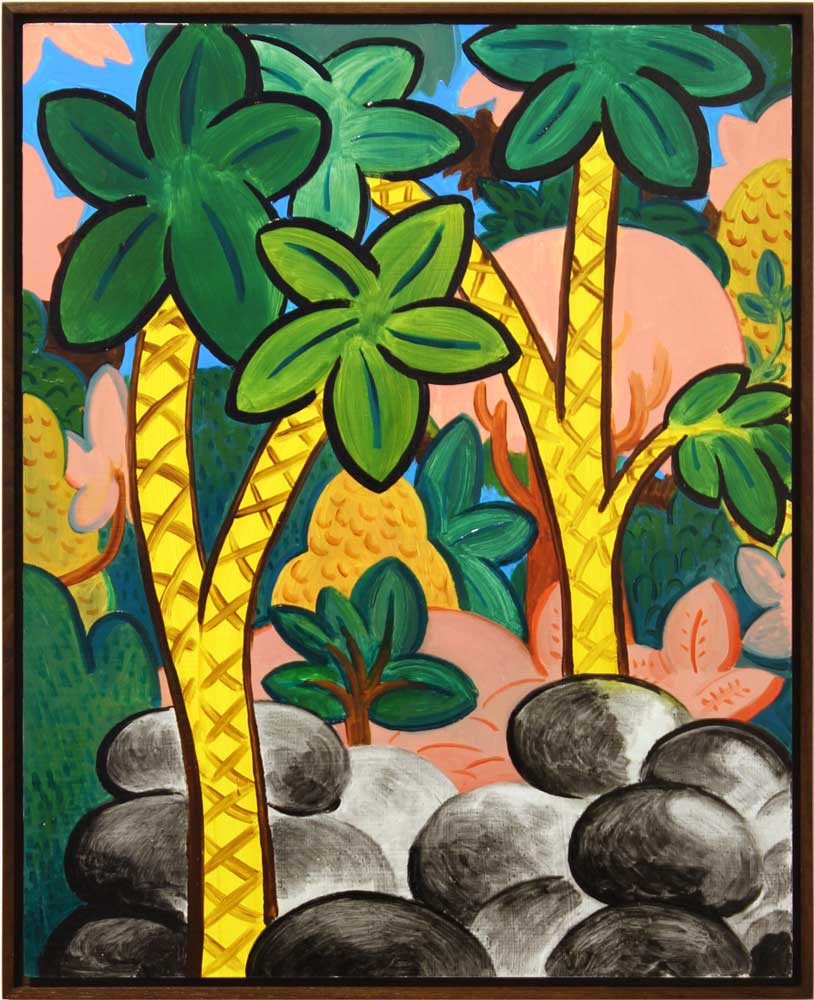 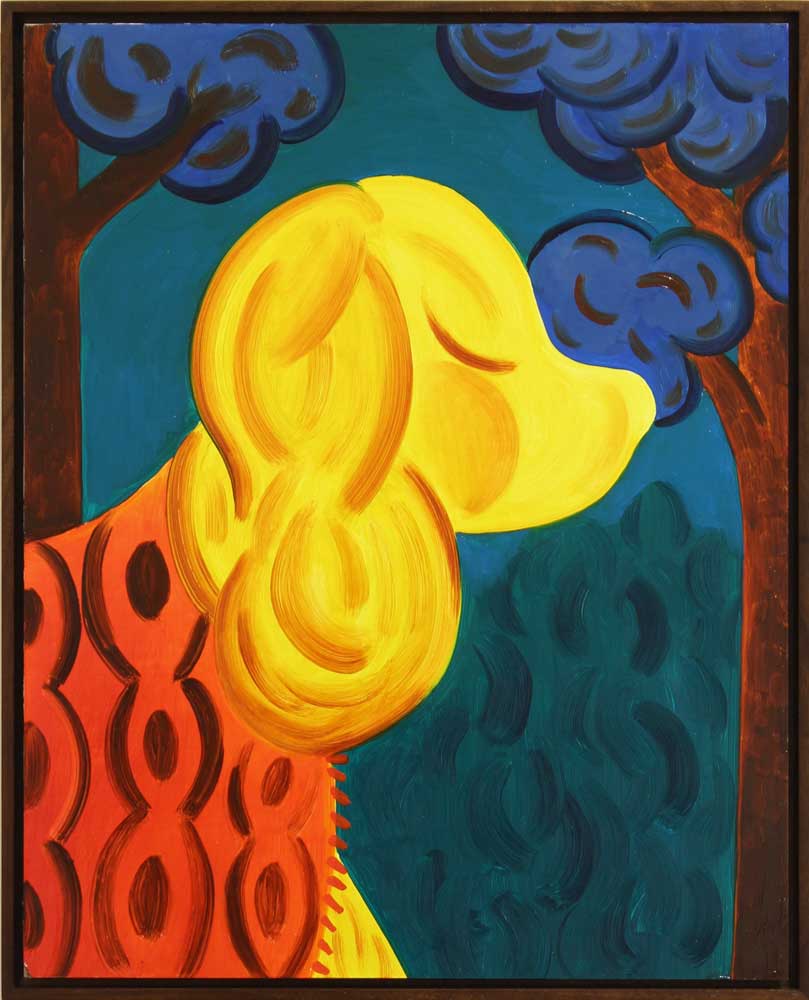 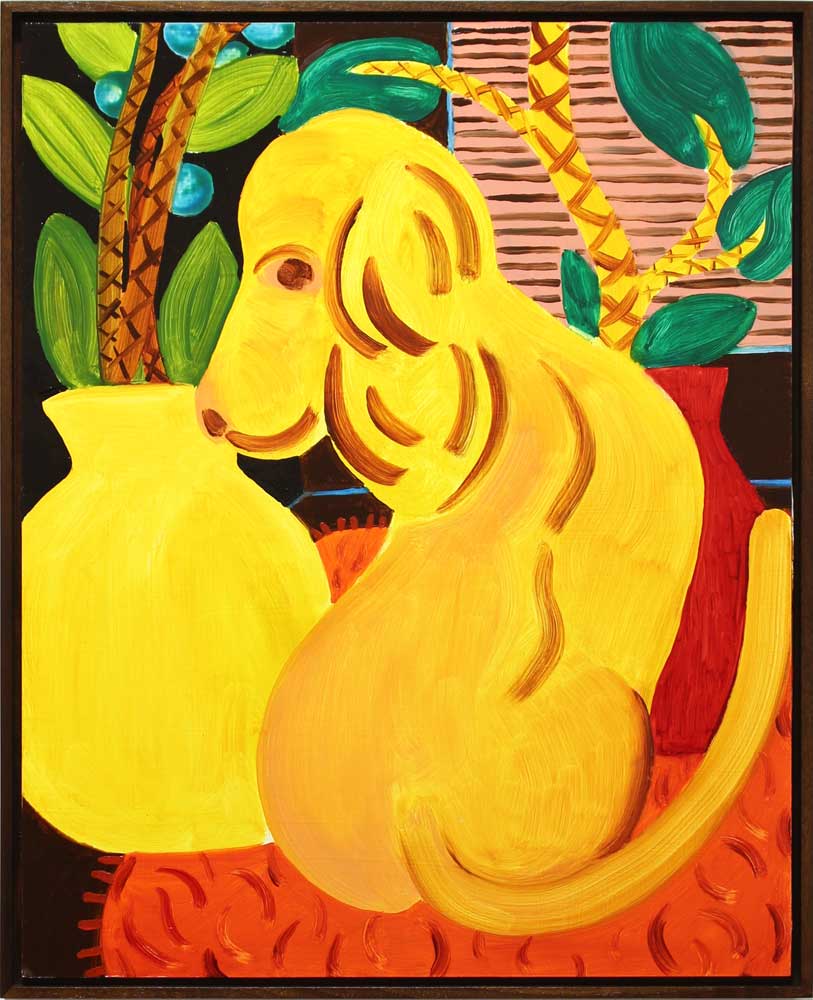 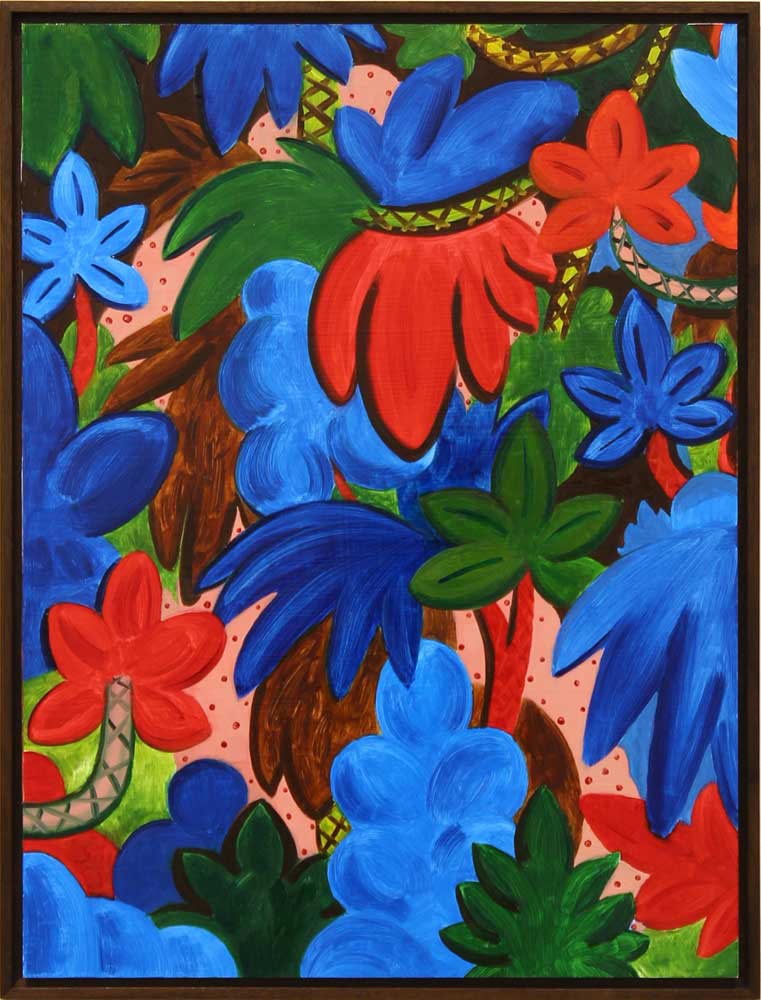 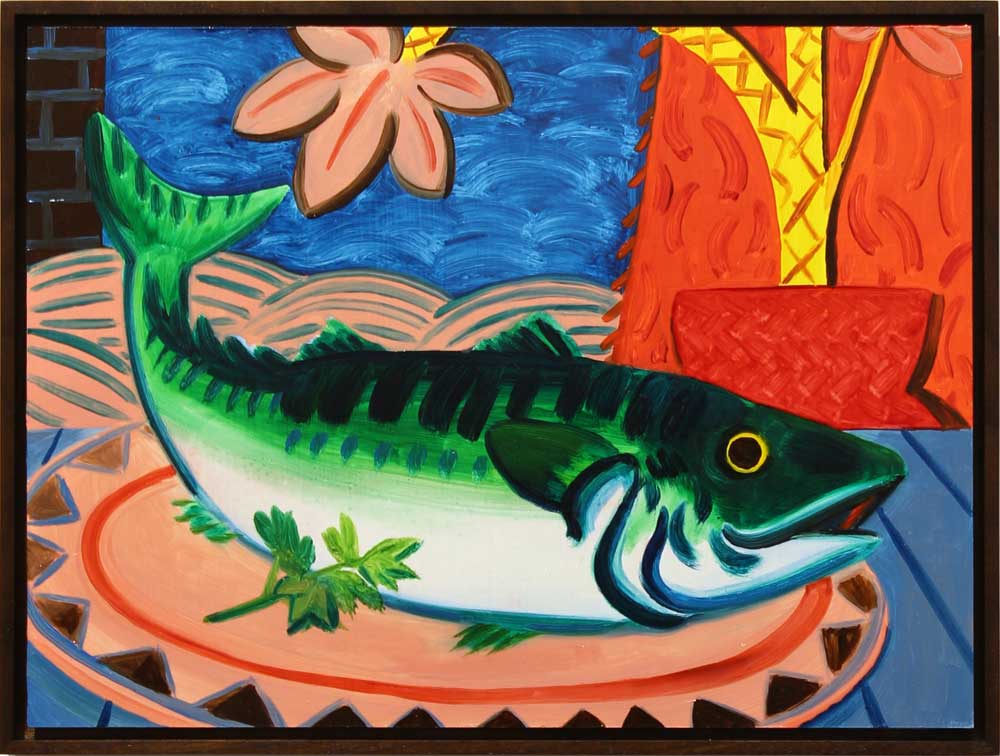 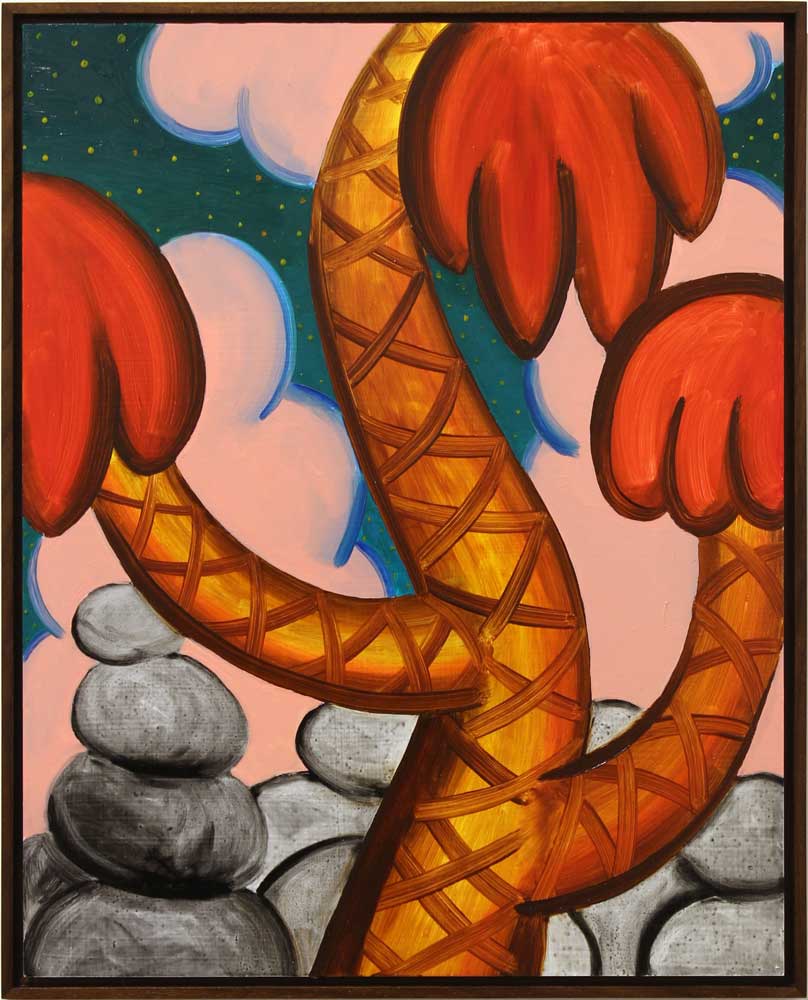 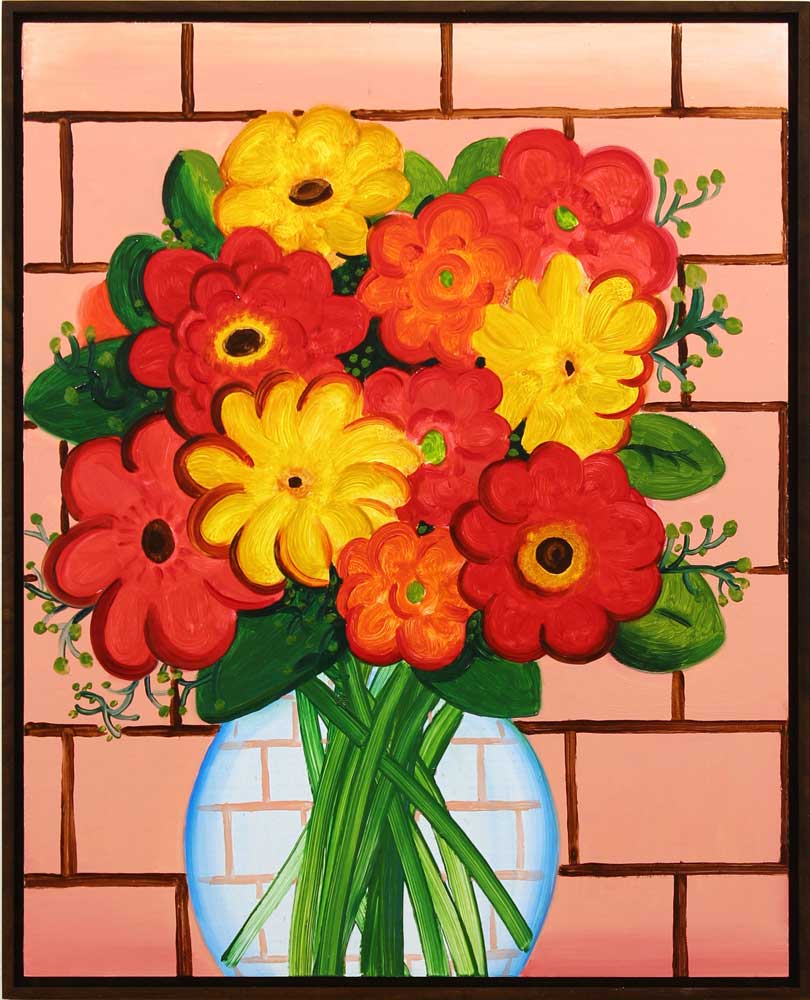 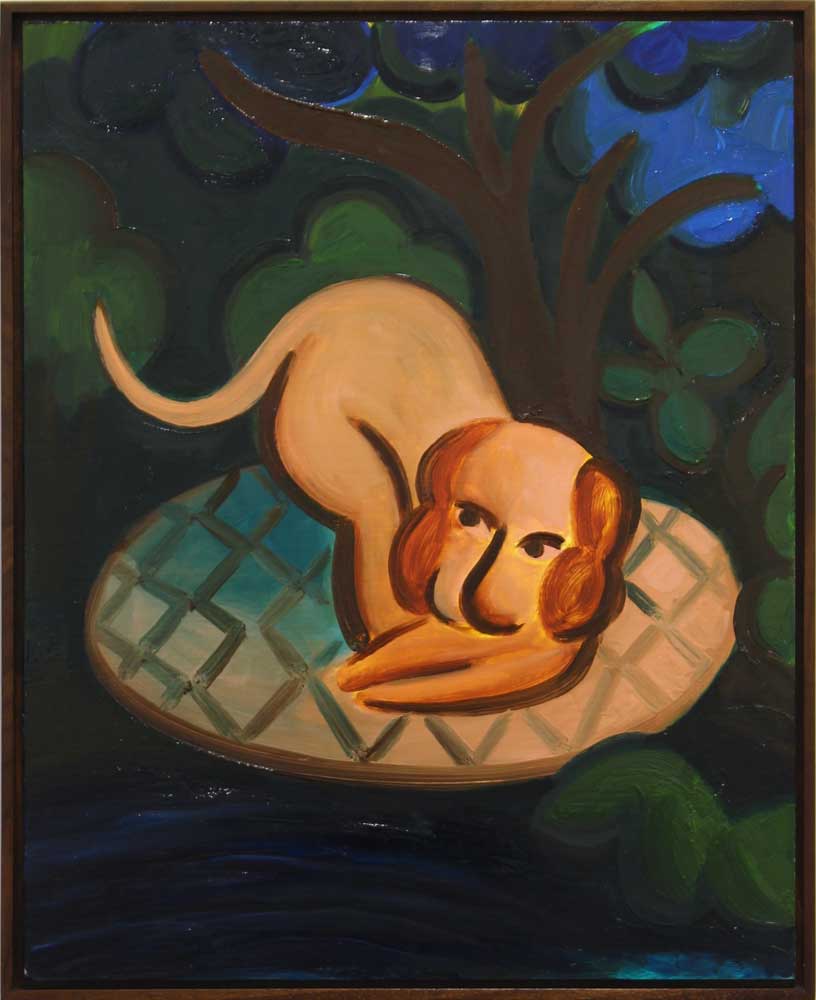 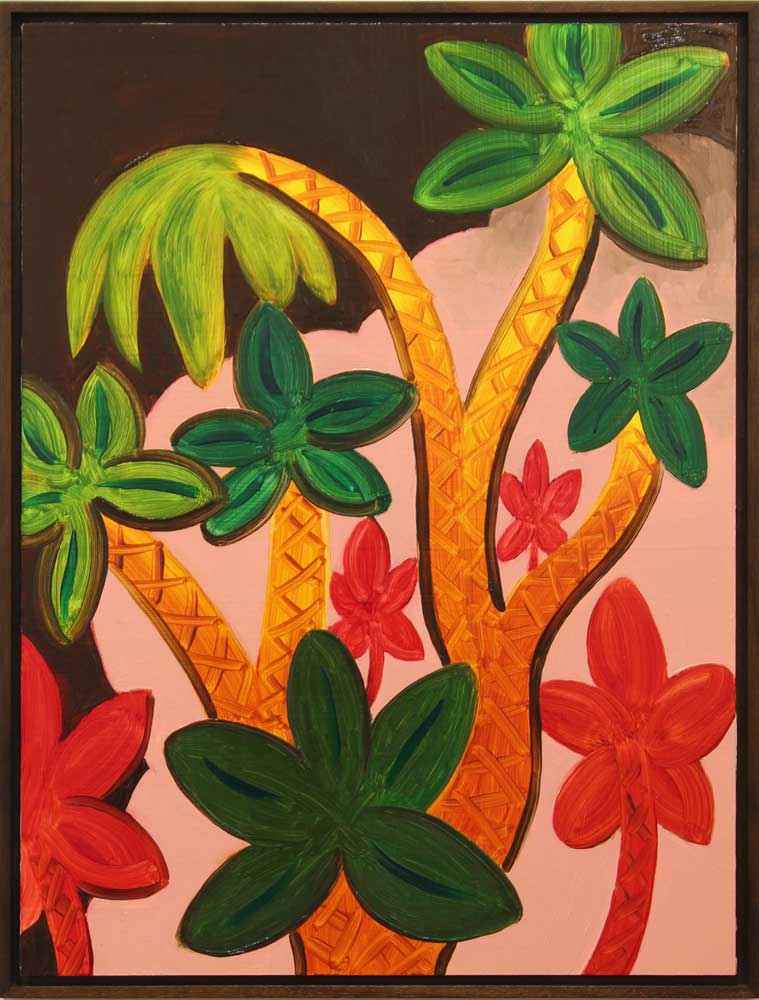 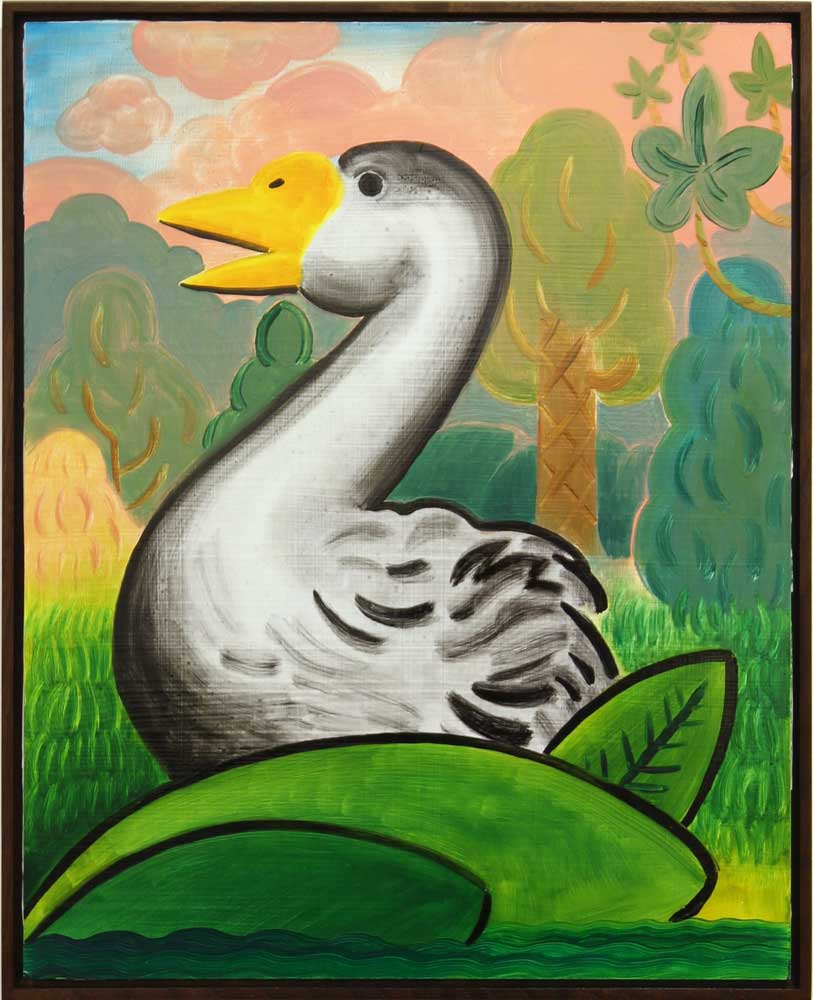 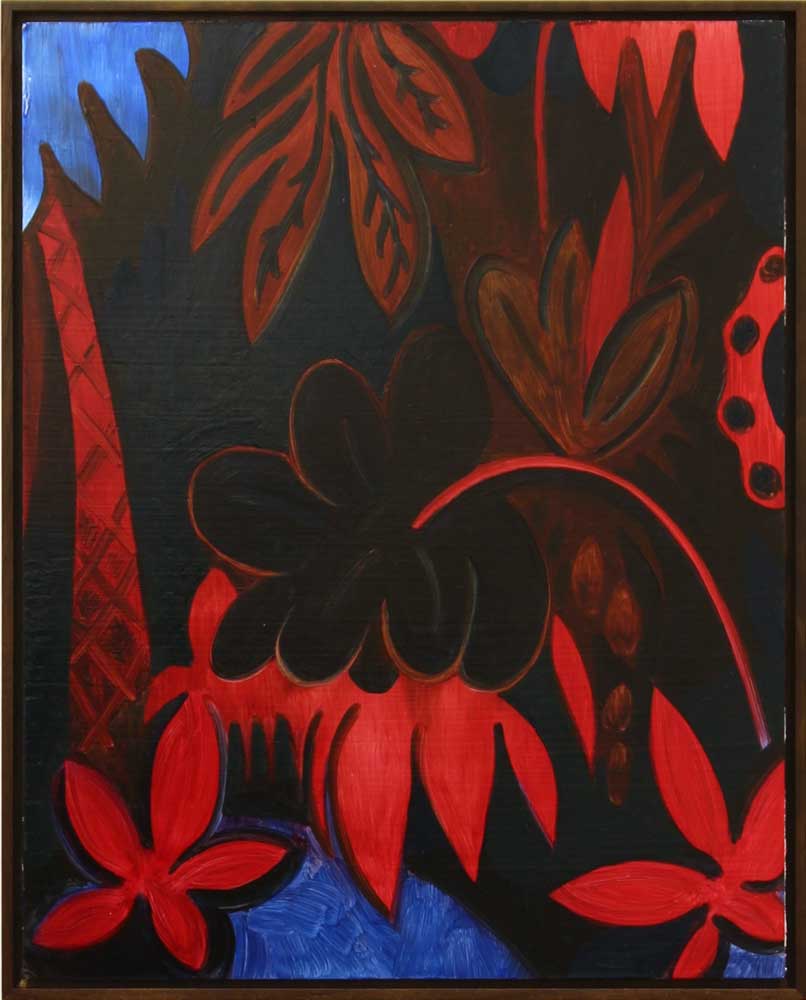 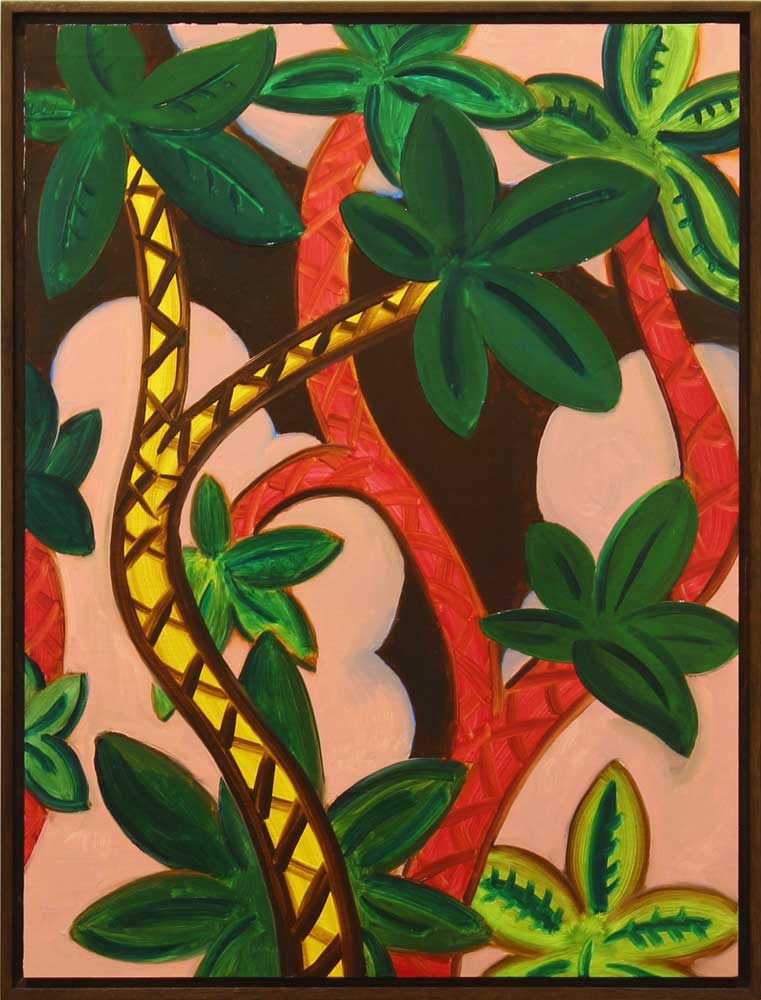 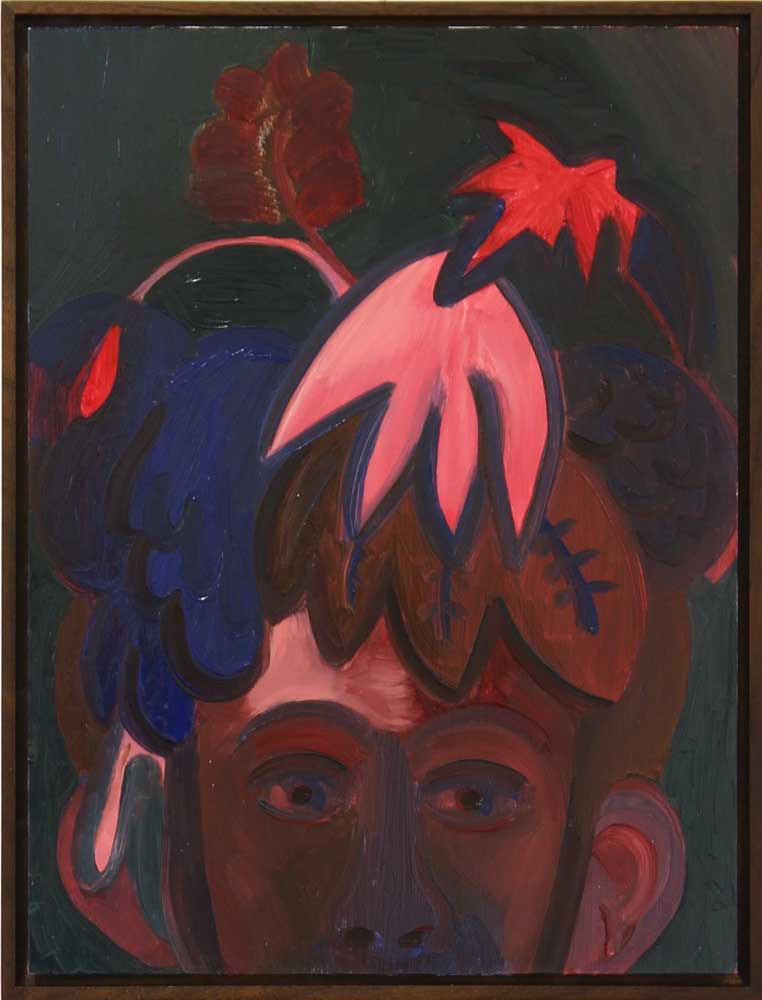 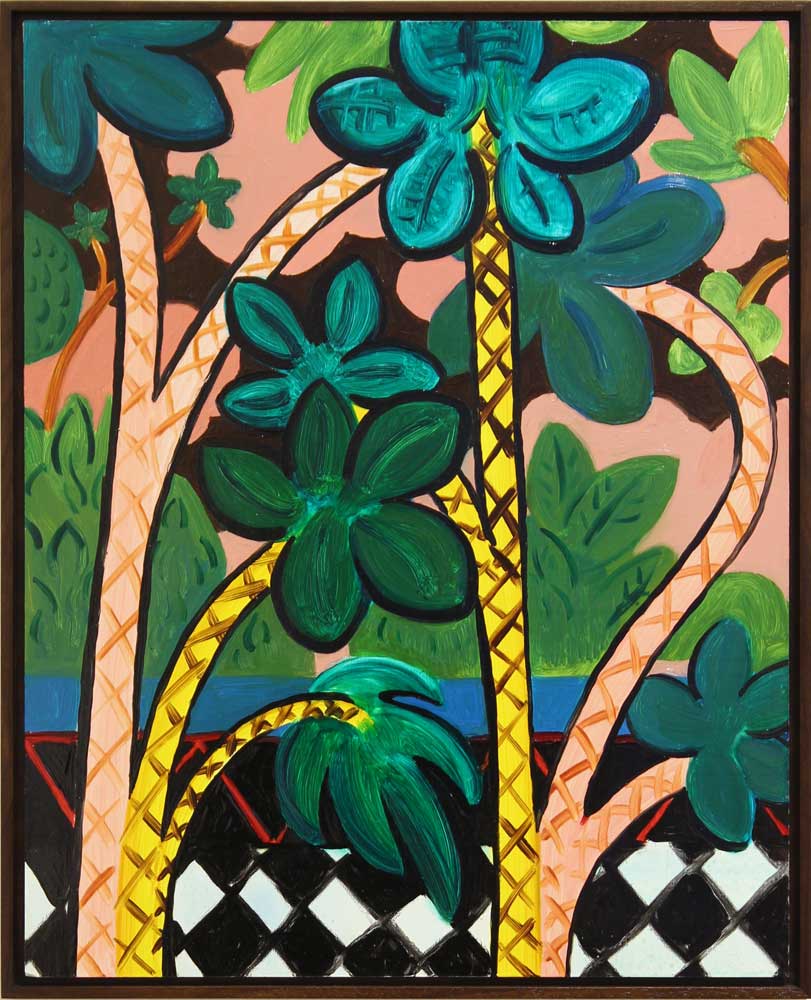 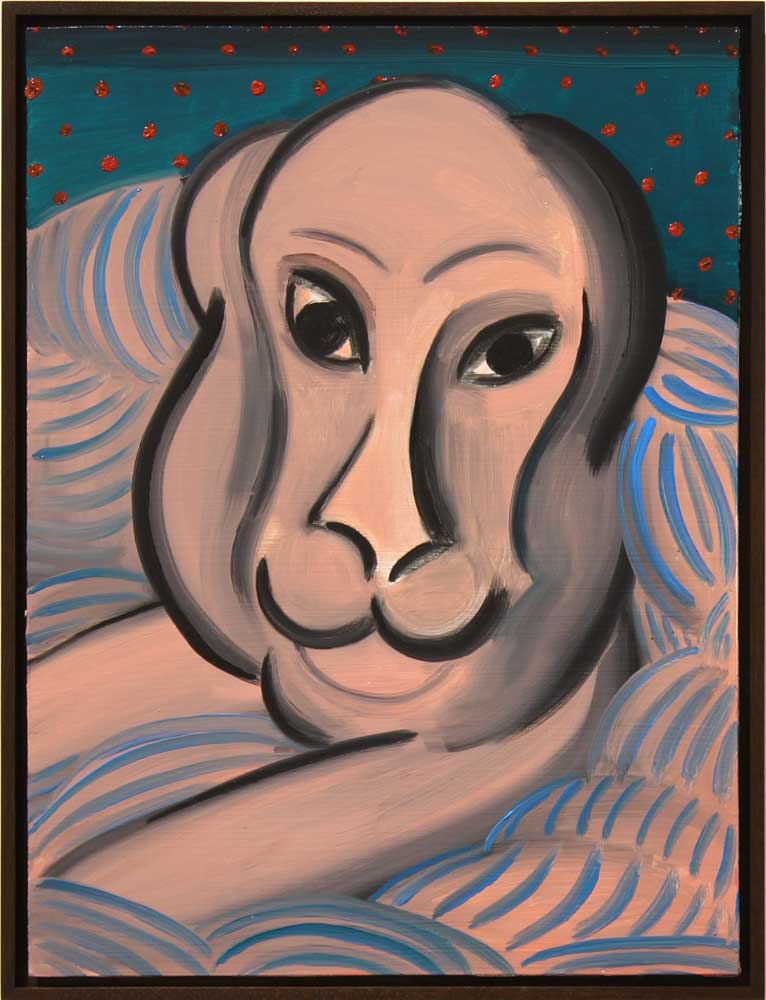 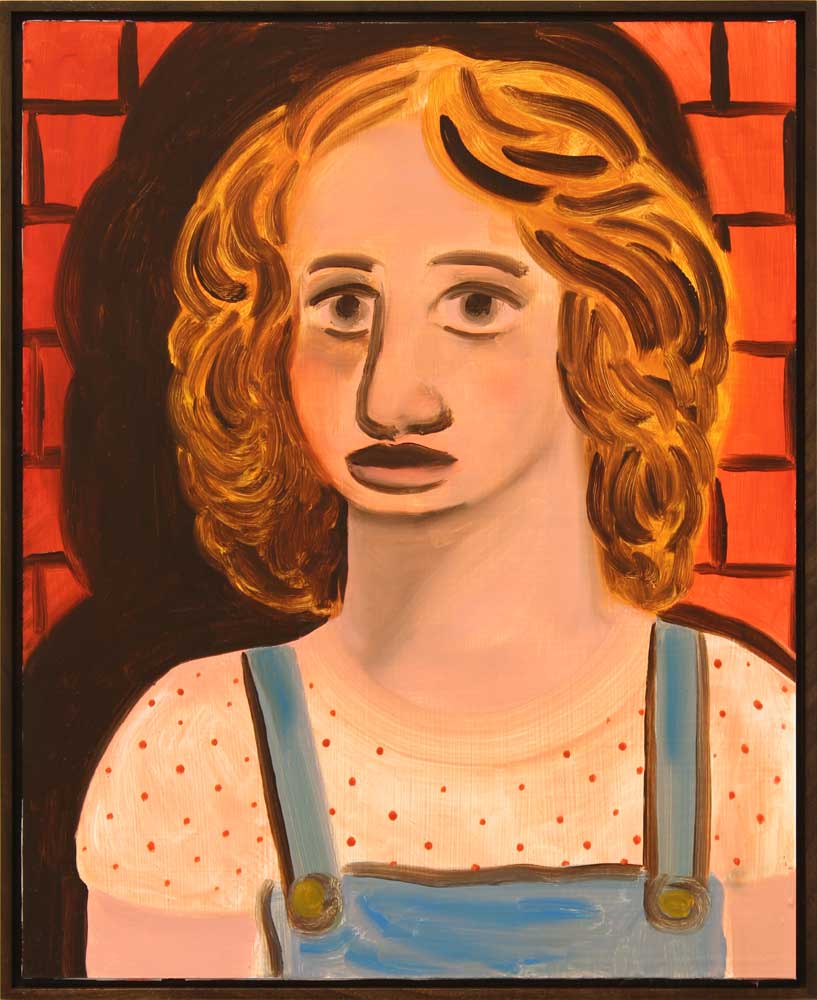 It would feel insincere, and I abhor insincerity, to not mention that I've known André Ethier for twenty years or slightly a bit longer. I also abhor press releases and must make this atypical or prosaic.

André is and has always been one of the most sincere people I know; kind, generous, loving—there's a reason we're still friends.

I first knew André through music, although I'm not musical, we were part of the same scene. Later André became a successful musician, and still is one. He writes beautiful songs and has the voice of an angel. He once sang the Canadian national anthem at a Los Angeles Dodgers game, as they have a baseball player who shares his name.

I have a passing interest in music like all living people with hearts. But my interest in visual art and especially painting are more profound and informed. For a few years I didn't know where André had gone. He'd gone to school to study art history. When he came back I had cloistered myself away in a first marriage in a far away neighbourhood where nobody would visit me. When I emerged from seclusion, I shared a studio with André, and I found out to my amazement that he made beautiful smart, art historically informed paintings that were singularly his own. And he made perhaps a dozen a day. I told everyone to go see them and buy them. I don't know that anyone listened, but others saw what I saw, and André suddenly was showing his work in good galleries all over the world.

Then I disappeared in a second marriage and moved to a far away land. When I returned to Toronto after dismantling that marriage, I saw André was still painting.

In the past his work had been very heavily laden with paint and stand oil, it had a certain goopiness to it. Much was left to accident, or the flukes of gravity. His older work was populated by a teen dream cast of characters seemingly pulled off the side of a pothead's van in the early eighties; trolls and wizards and big titted women were everywhere. Flora and fauna were alive with sweat and blood and pus. It was a messy small fantasy world and, again, important to me, looked like nothing else anyone was making.

But when I came home André's work had become much simpler. Marriage and fatherhood are expert at extracting fantasy from one's mind. Ornament costs money that might be needed for bills and baby food. His new work, this work, was a vastly pared down version of what I'd seen in the beginning. I realized I liked this work much more. I knew that André had been perhaps overwhelmed by the success he'd had, felt he'd painted himself into a corner, literally, and had withdrawn for a while to rethink what he was doing and focus on other things, important things. Everyone should do this. Few people do this. The result was that the new work was smarter, more skilful, and had a pared down graphic expertise that demonstrated he knew how to paint—it was and is confident.

It's still a world with characters in it. What I find beautiful and strange is that monkey looking figures with proboscis noses share the stage with what could be simple portraits of his son. The unknown humanoid primate is on an equal footing with his children, or a portrait of his wife. In this way André has collided reality and fantasy. Which seems an honest way to make work, as he's depicting his life, and he's depicting his interior world, but democratically.

Often the paintings are devoid of figures. Romanesque columns, foliage, that's all. They sometimes resemble Matisse without the romanticism and self grandeur. Spoof Matisse. And they also resemble the background cells from the Flintstones, a show that has always been important to me, aesthetically as well as conceptually.

André always works small. To work small is to say two things if not more. One thing it says is I reject machismo. The second thing it says is I'm confident. Any jackass can paint big. It takes someone with faith in his abilities, a fast mind, and a steady hand to work small and pull it off. André pulls it off over and over and over. I admire André as a person. I admire André's work, because in this art world of cannibalism and three year careers, it takes a rare talent to establish oneself at all, never mind withdraw, come back, and do it again. He's done it again. With the simplest of themes, marks, and gestures: a child, a leaf, a column, a simple pattern, André has reasserted his importance as one of those most endangered things, a figurative painter.

I love André and I love these paintings. And my love is rare and prone to be withheld.