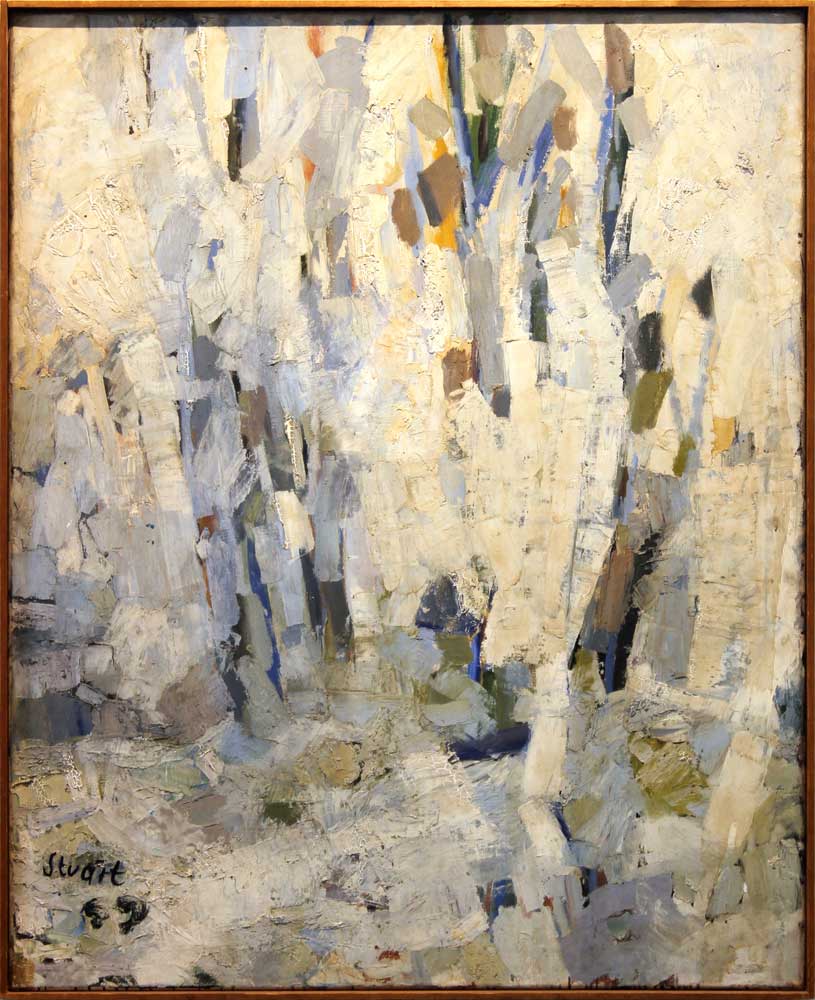 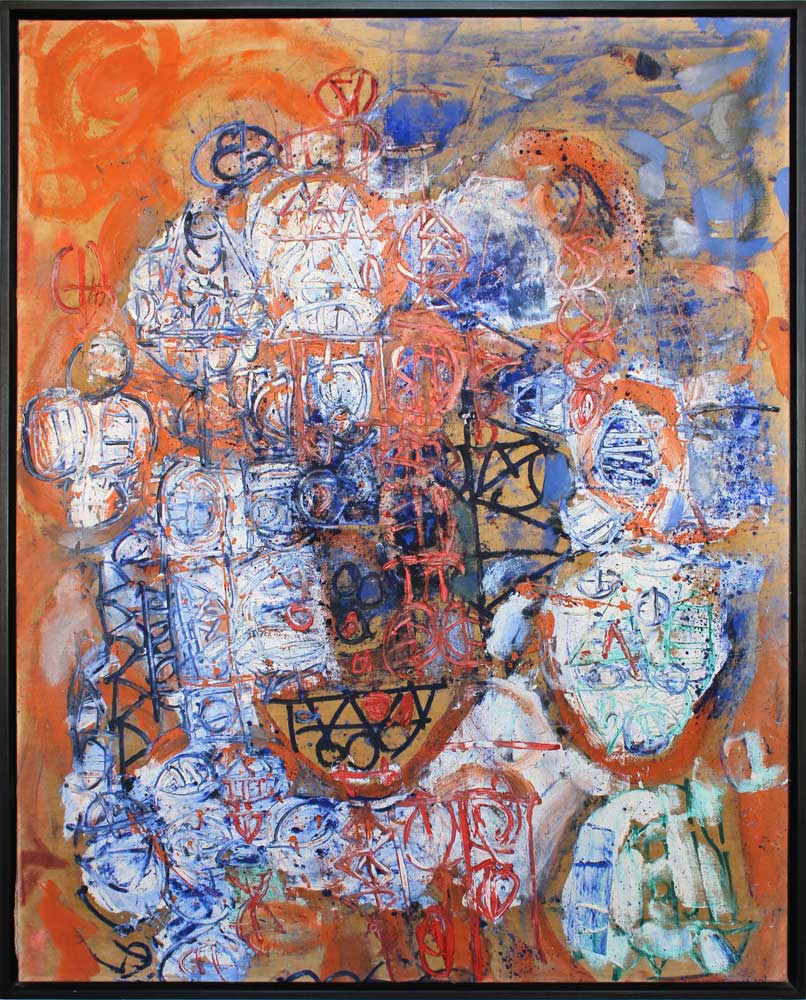 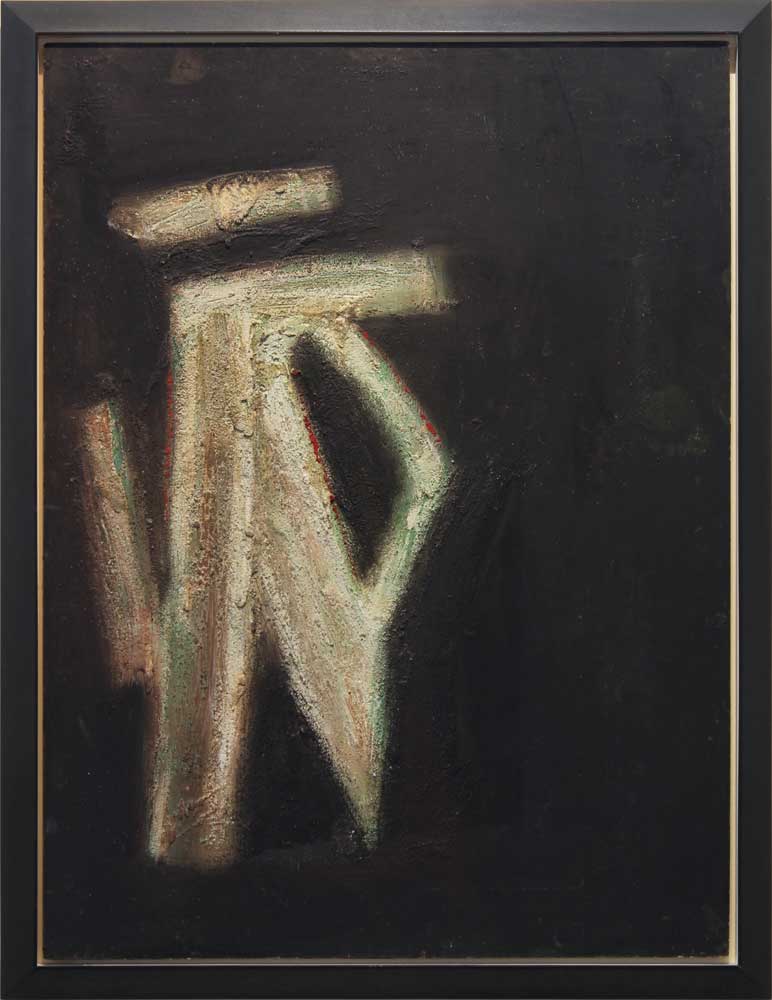 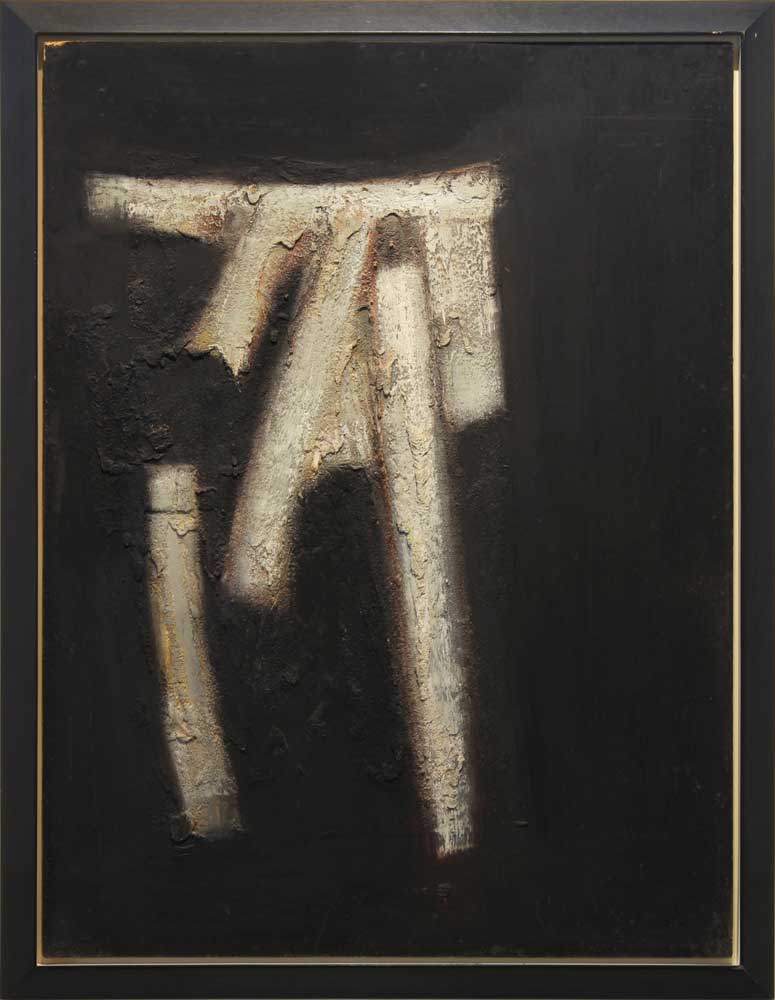 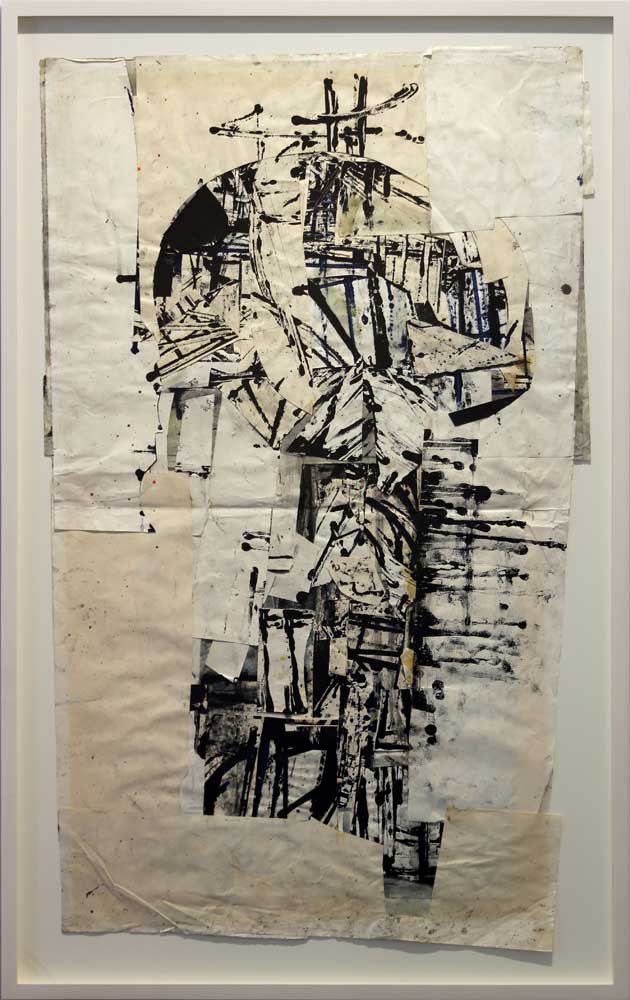 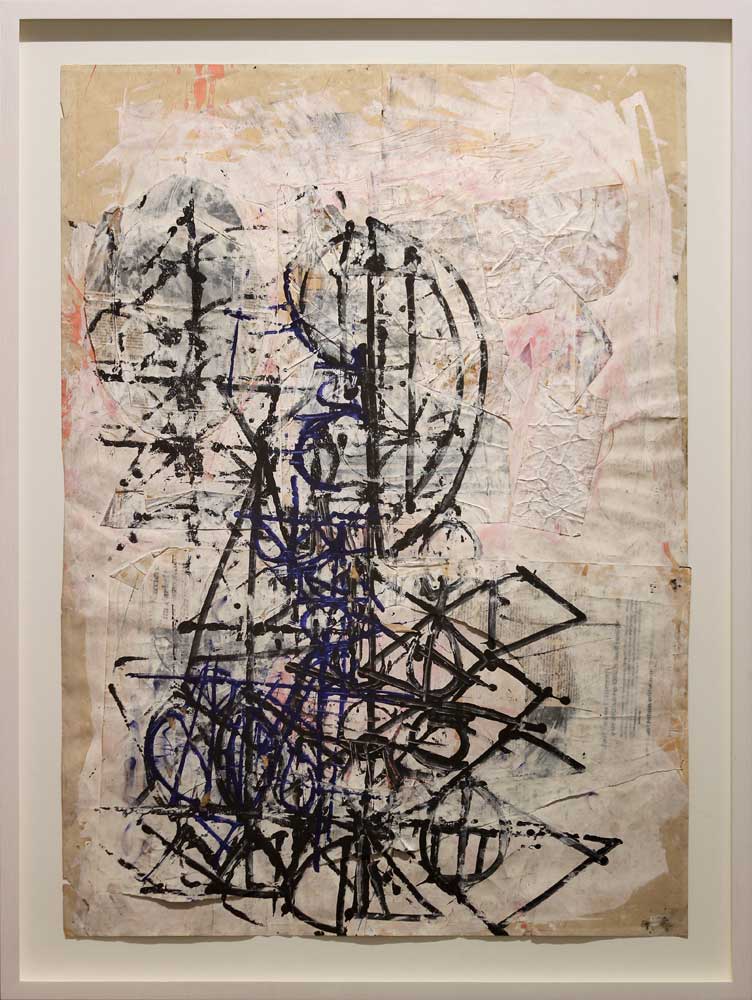 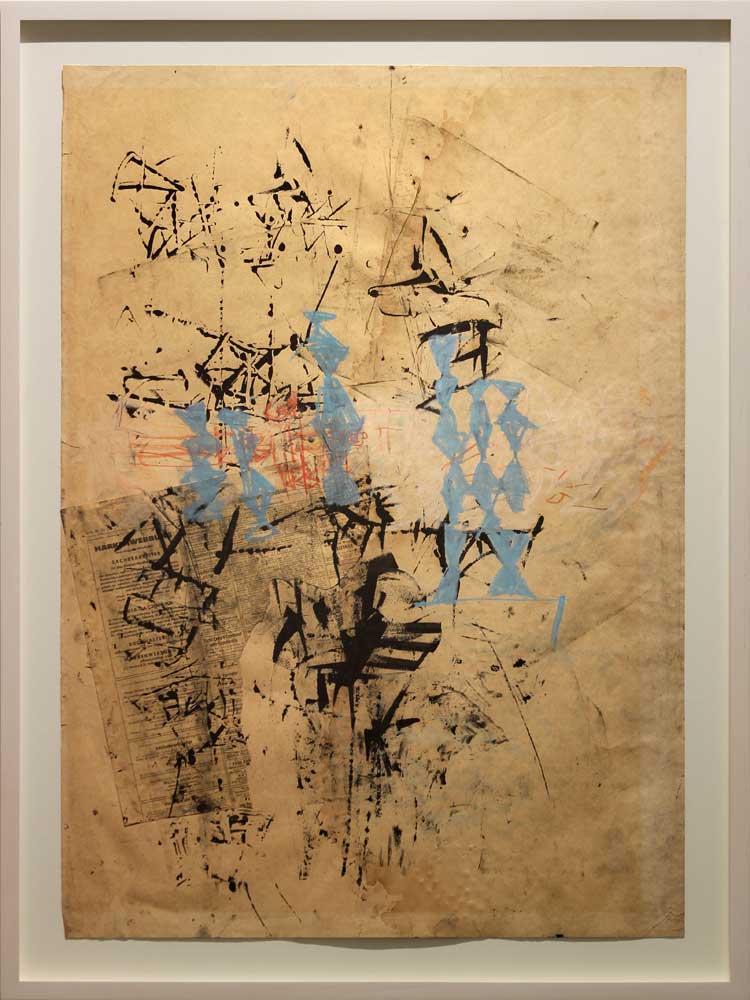 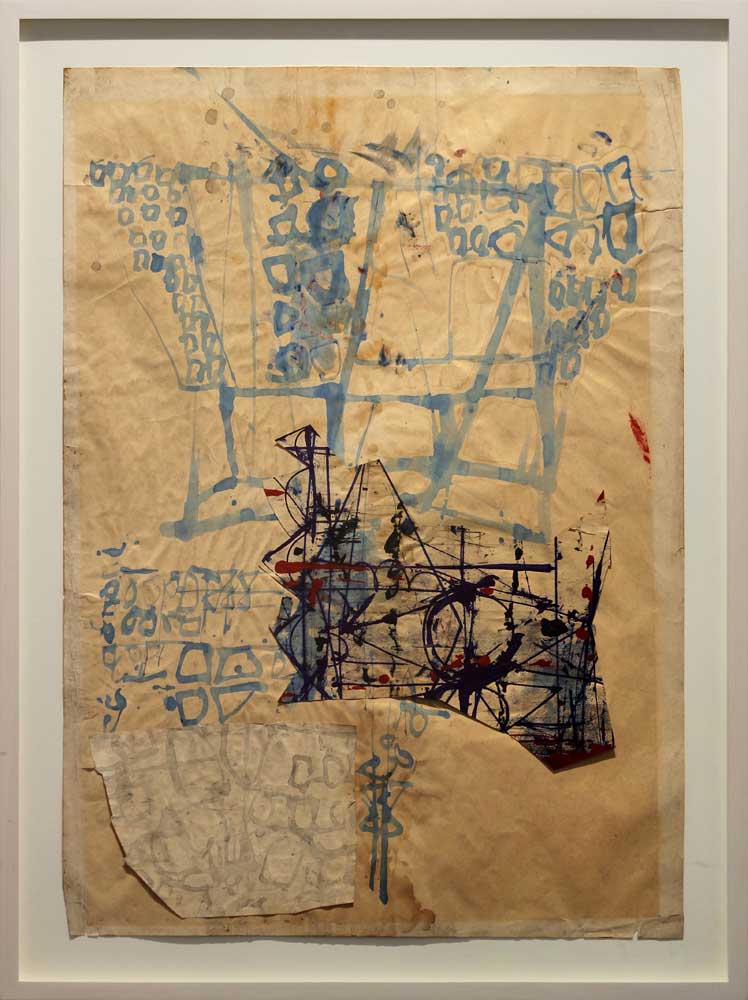 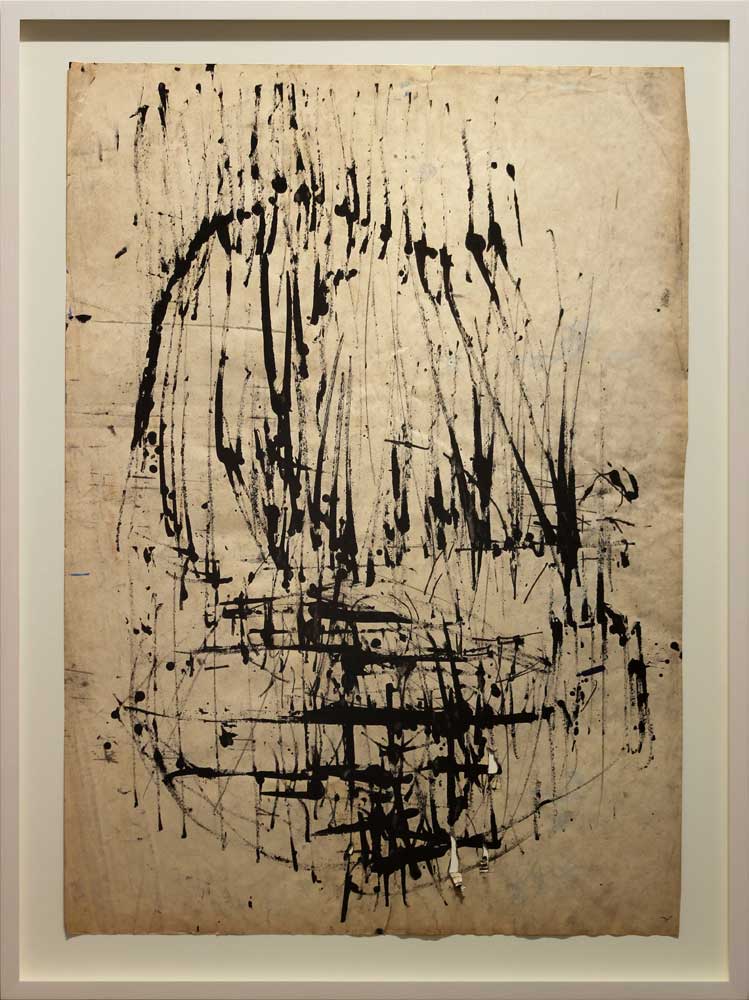 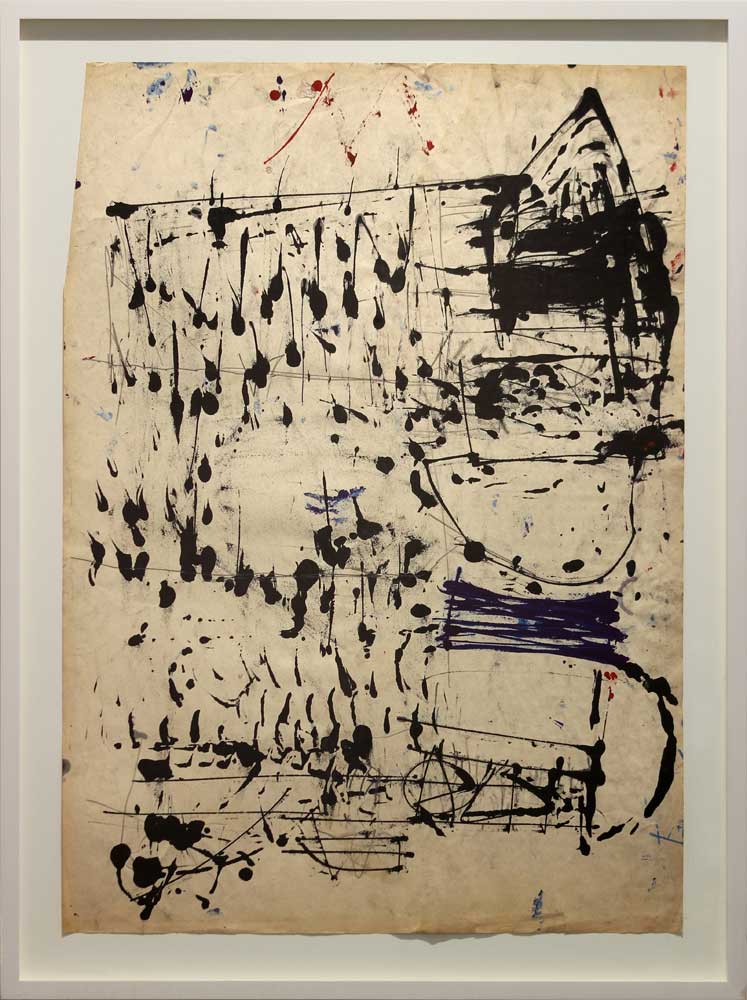 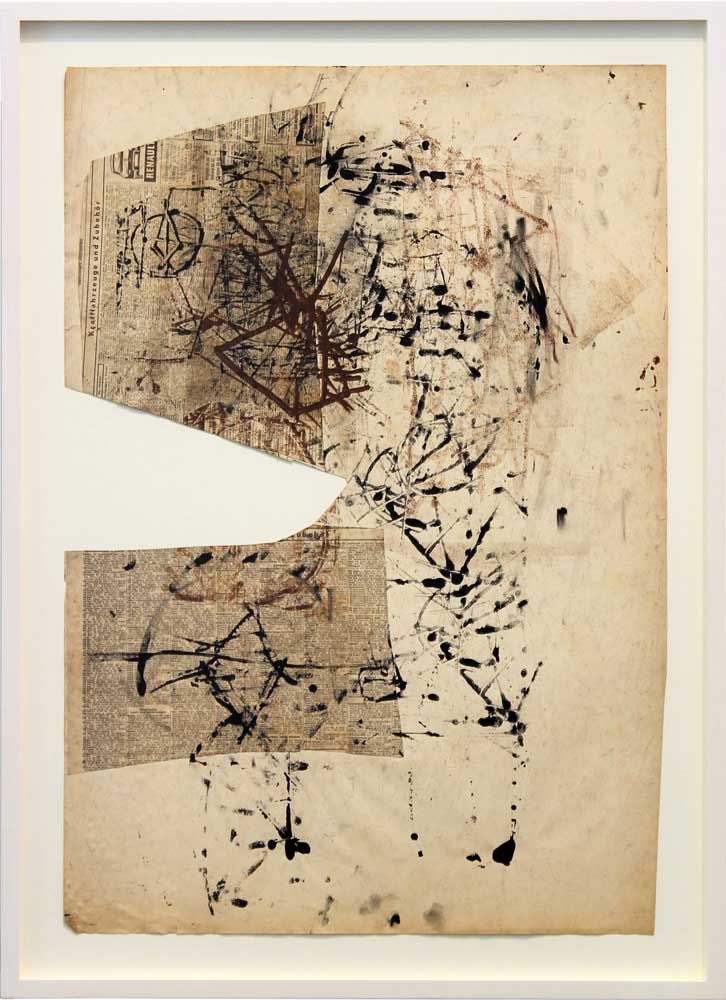 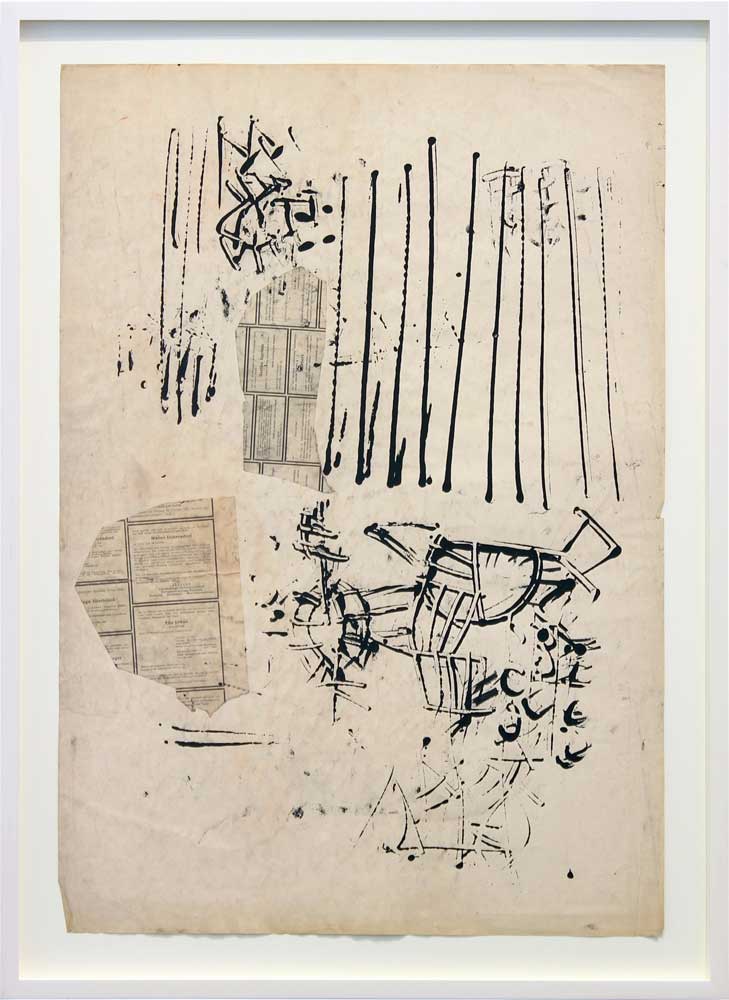 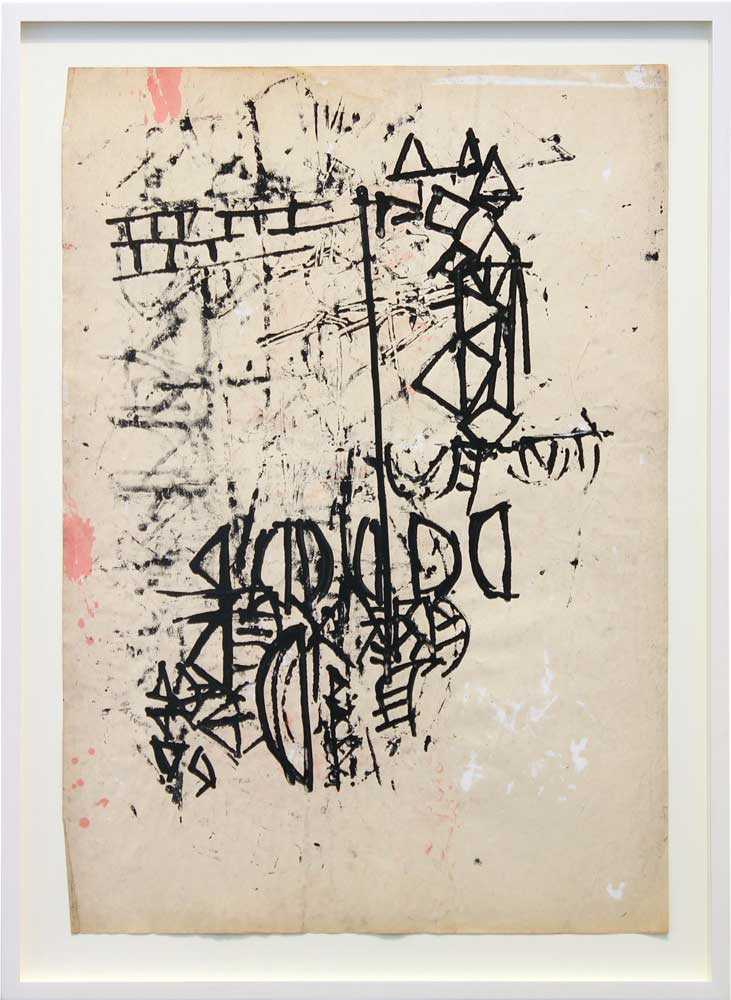 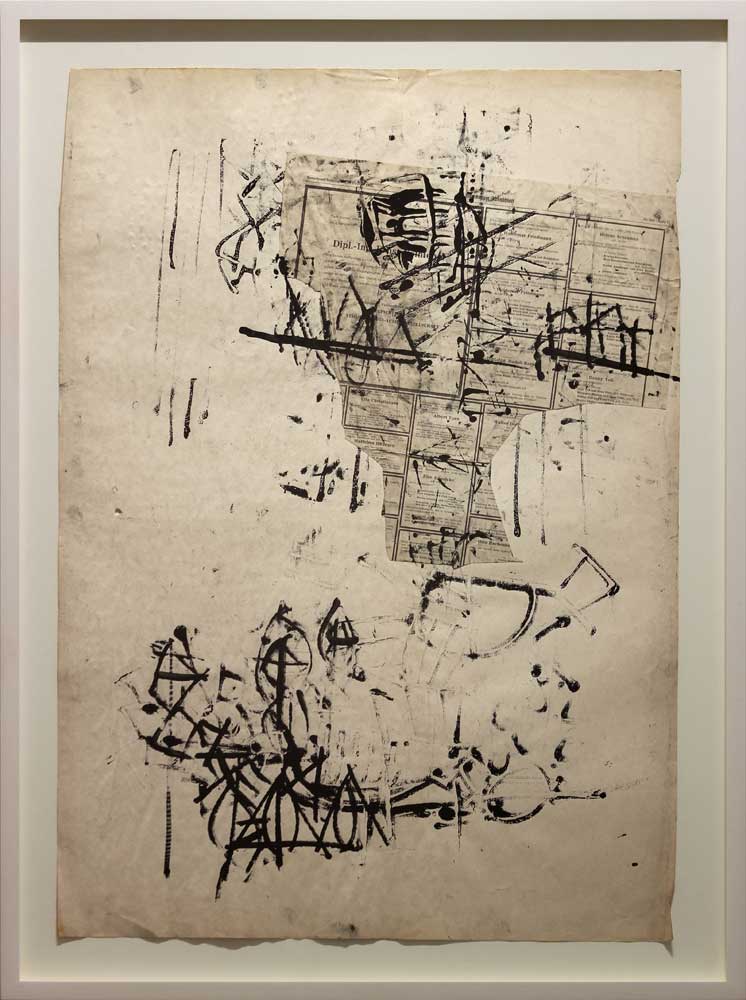 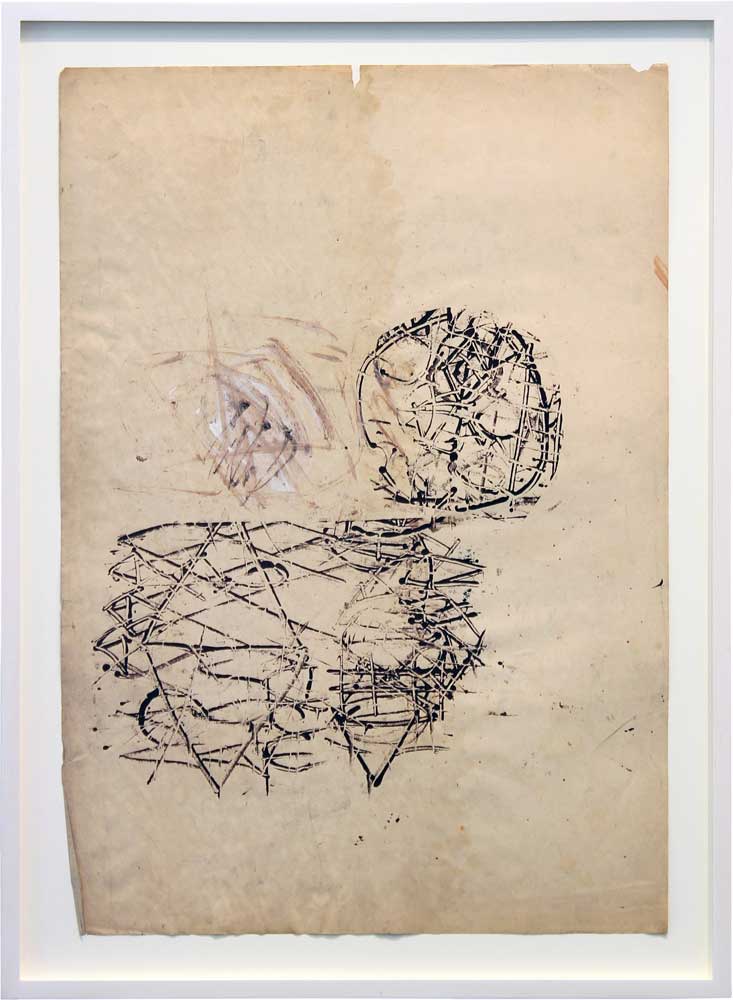 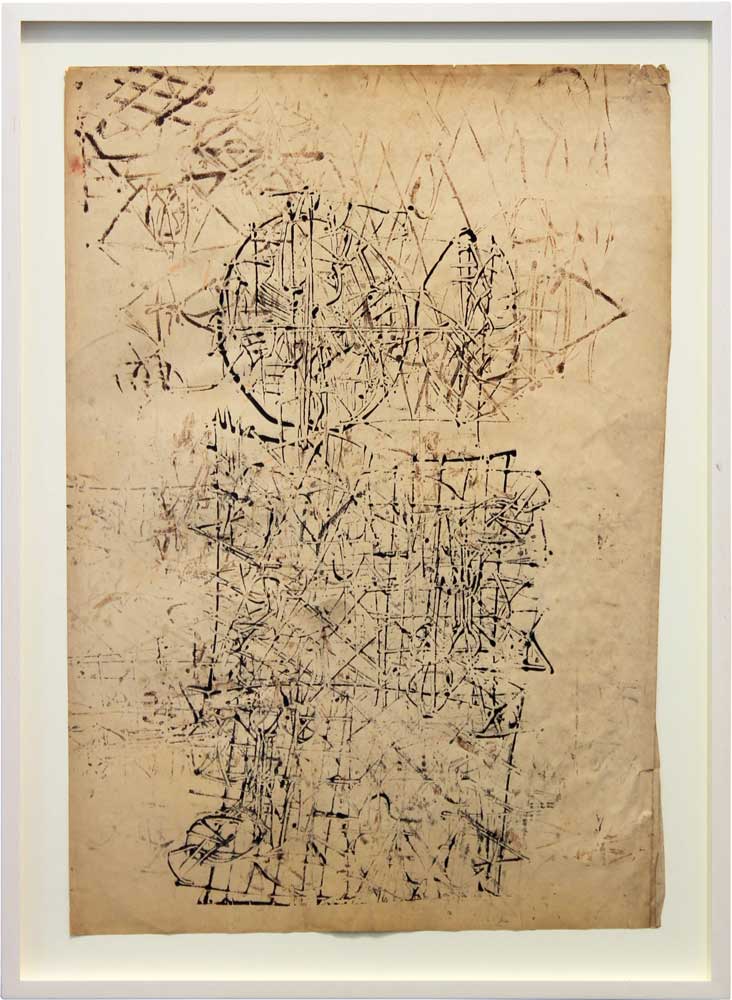 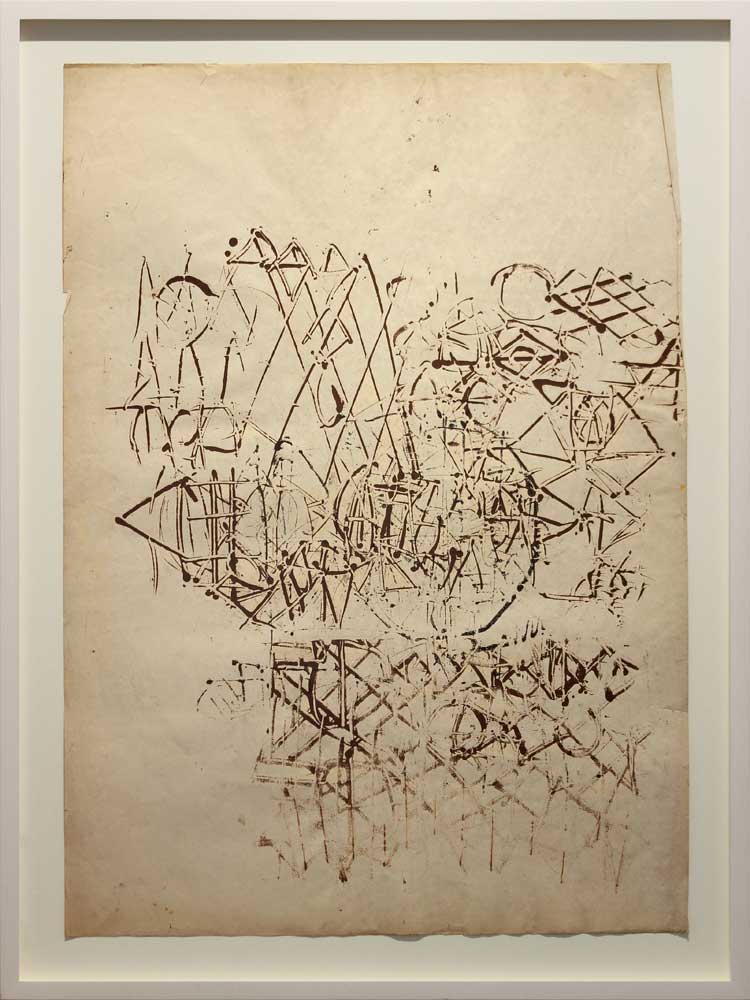 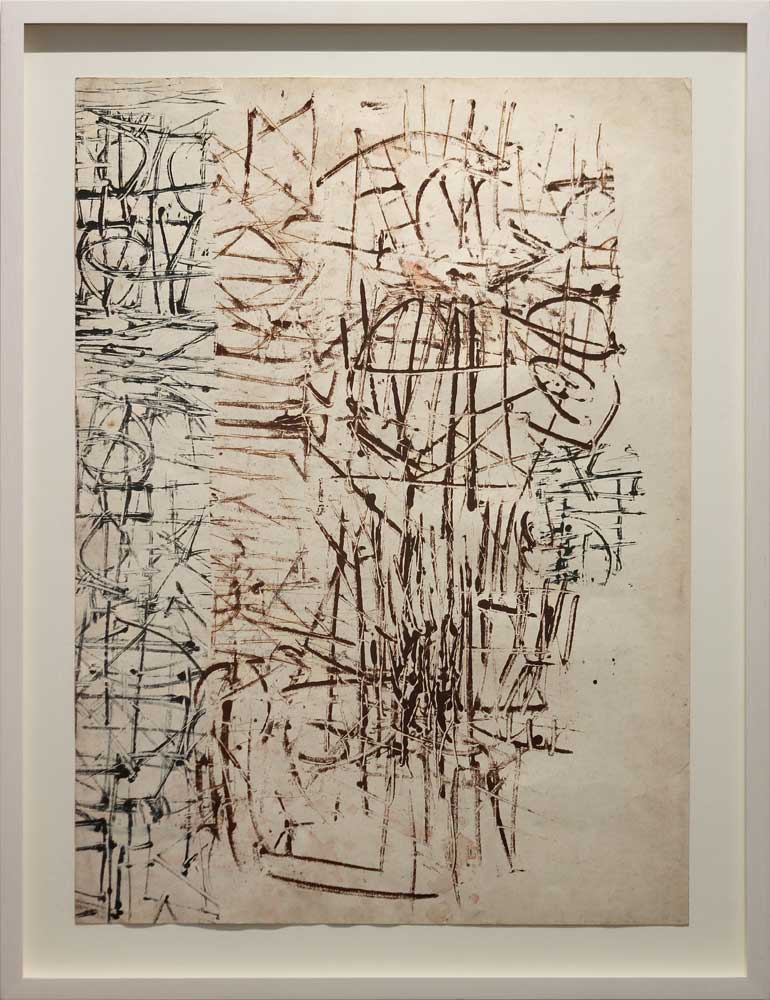 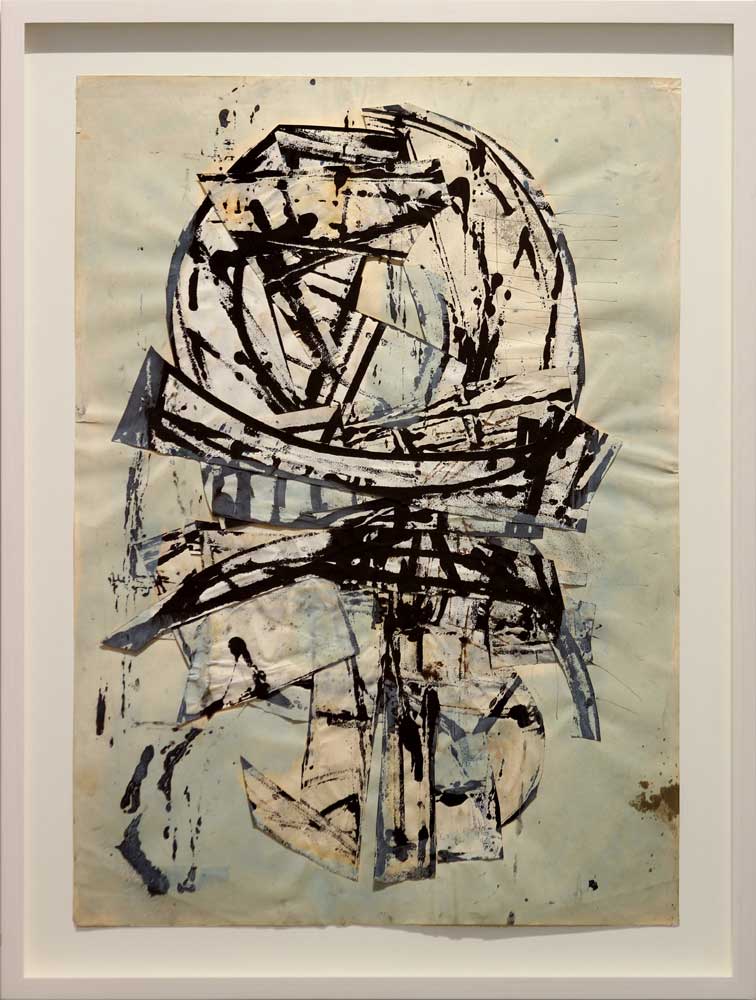 Harper’s Books is delighted to announce its second solo exhibition with British artist Stuart Sutcliffe. The show will inaugurate our new space, Harper’s Apartment, located on 74th Street between Park and Madison Avenues. Featuring four paintings and a suite of works on paper from Sutcliffe’s Hamburg period, these rarely seen pieces further evince the timelessly visceral impact of Sutcliffe’s aesthetic and its abiding relevance for artists working today.

Born in 1940, Sutcliffe was a painter, writer, and musician, whose practice included gouache, oil, collage, monoprinting, and lithography. While he is most commonly known as the original bass player for The Beatles, Sutcliffe left the band in 1961 to pursue his passion for visual art, immersing himself almost exclusively in his work under the tutelage of Eduardo Paolozzi. At the time of his unexpected death at the age of twenty-one, he had already developed a unique visual language, influenced by Abstract Expressionism and early Pop art.

Our 2013 show with Sutcliffe, curated by Richard Prince, was the artist’s first U.S. retrospective since 2001. In his essay, Yea Yea Yea, Prince talks of his profound reaction upon seeing Sutcliffe's paintings in person: “Once in awhile it happens. Not as often as I’d like but when it does it’s transformative and sends me to a place that’s glorious and ideal… I knew immediately. I was looking at paintings I connected with. That’s as simple as I can say it. Connection.”

The Stuart Sutcliffe Estate is managed by Pauline Sutcliffe and Diane Vitale.

Harper's Apartment is a residential gallery open by appointment. Please contact mail@harpersbooks.com to schedule a visit, or to request a price list of available work.