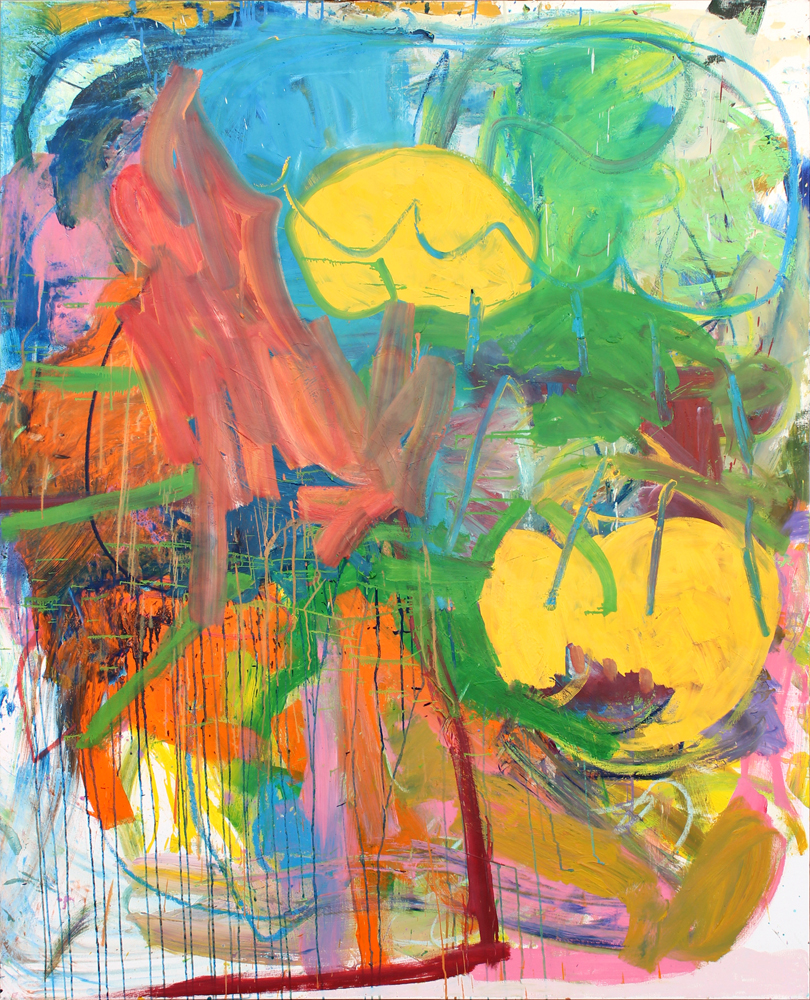 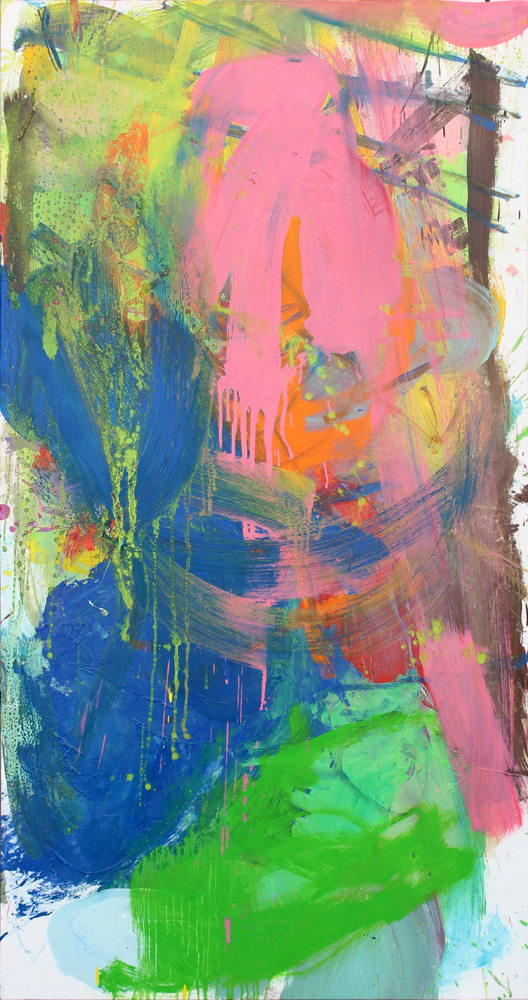 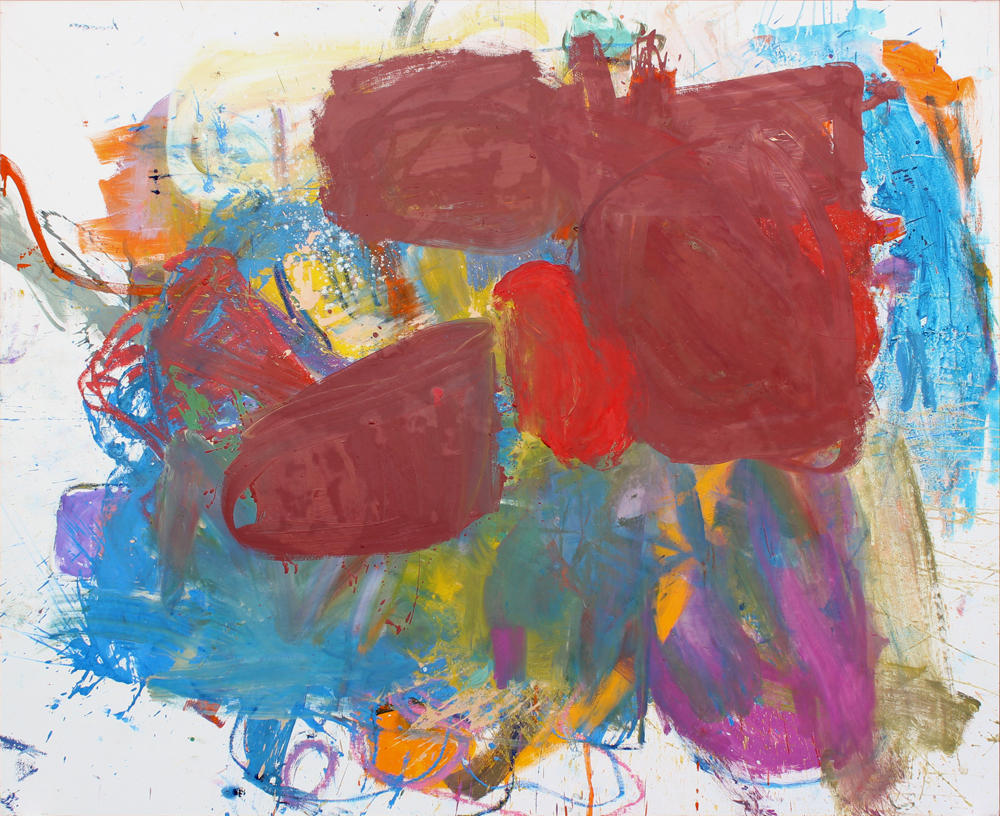 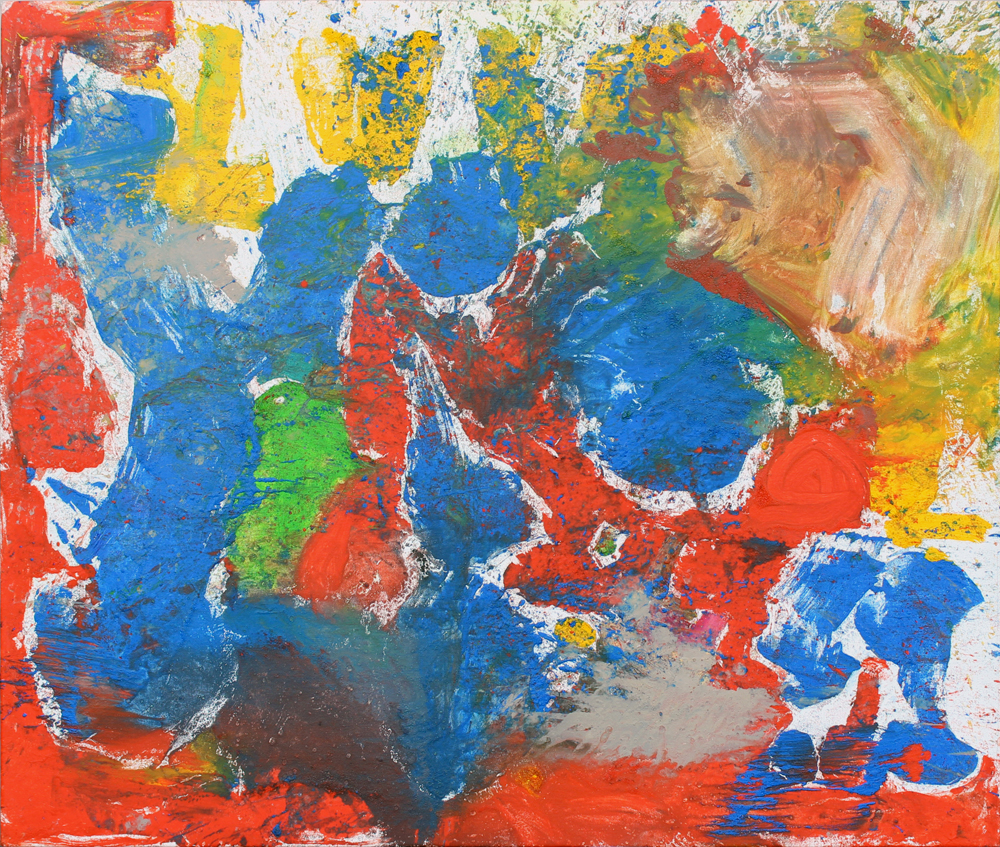 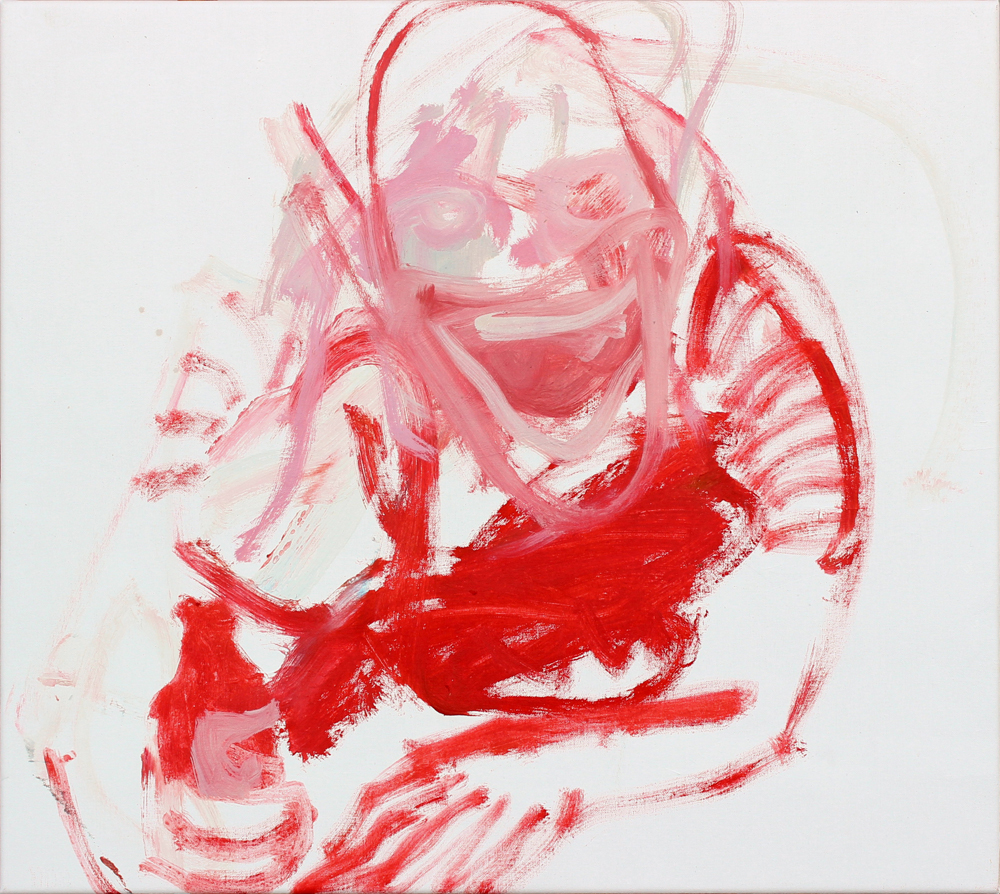 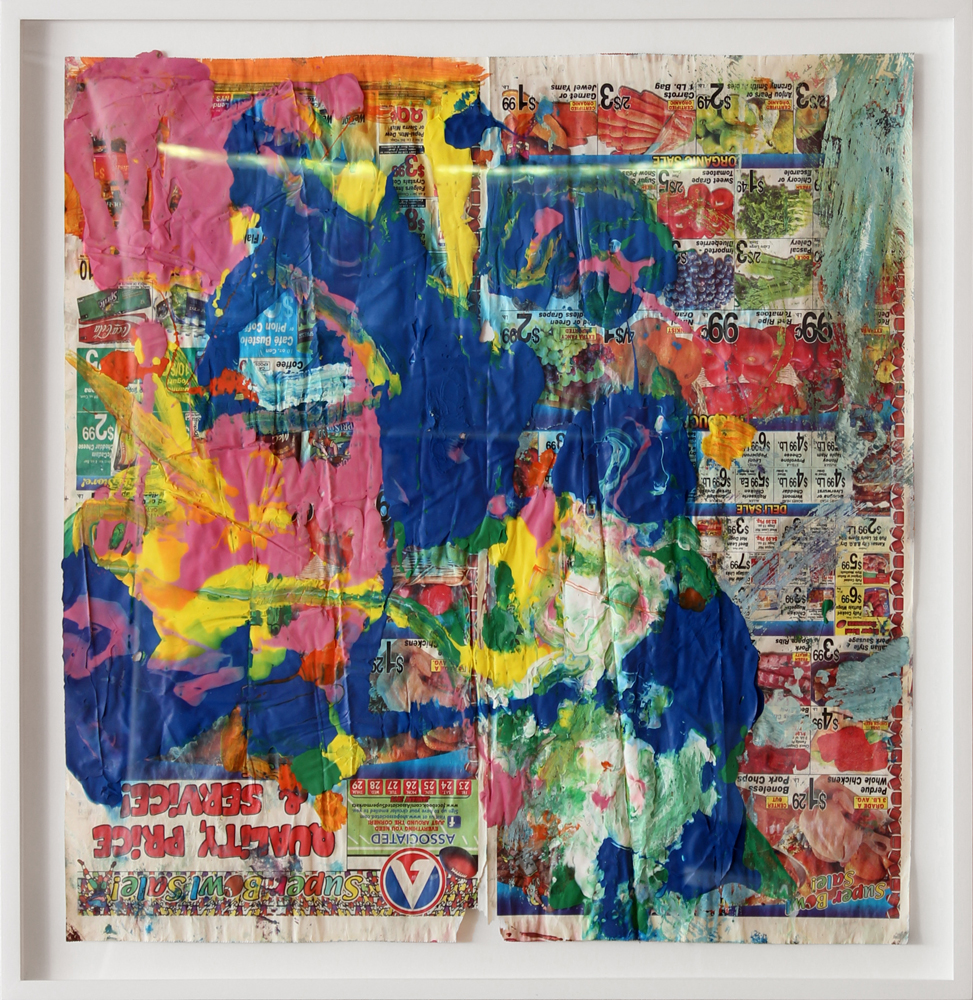 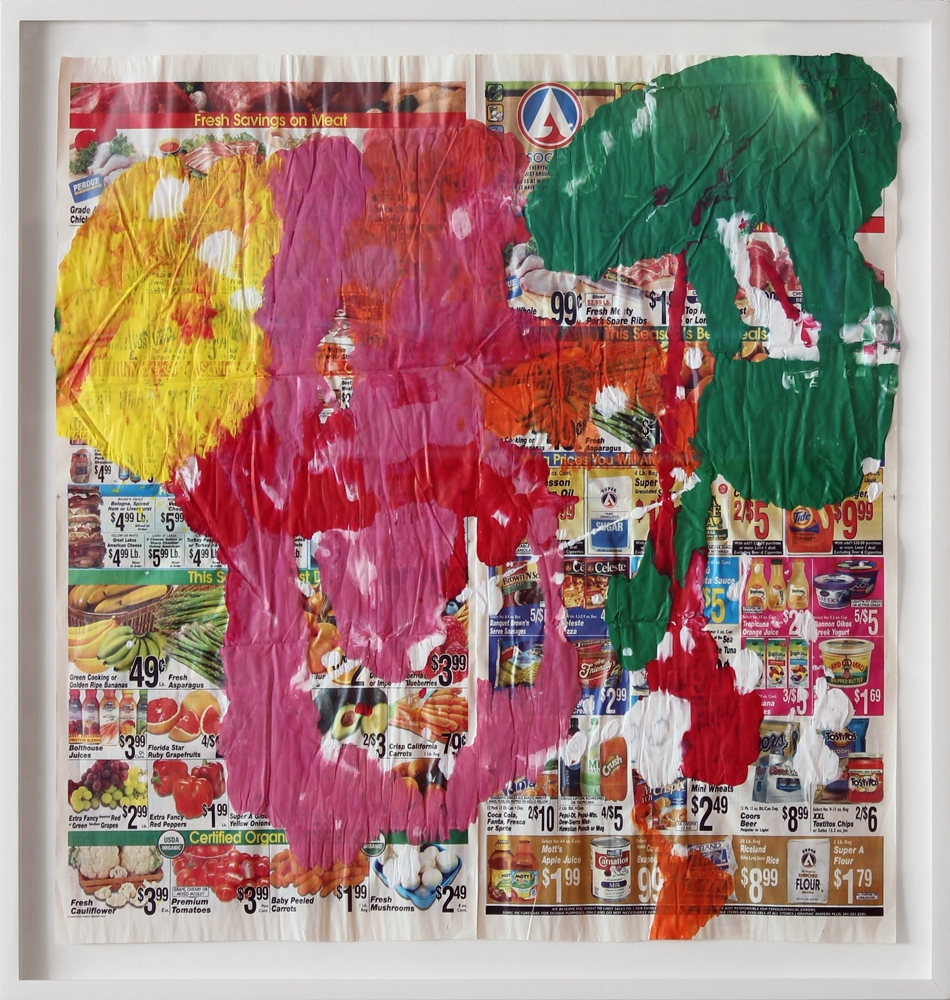 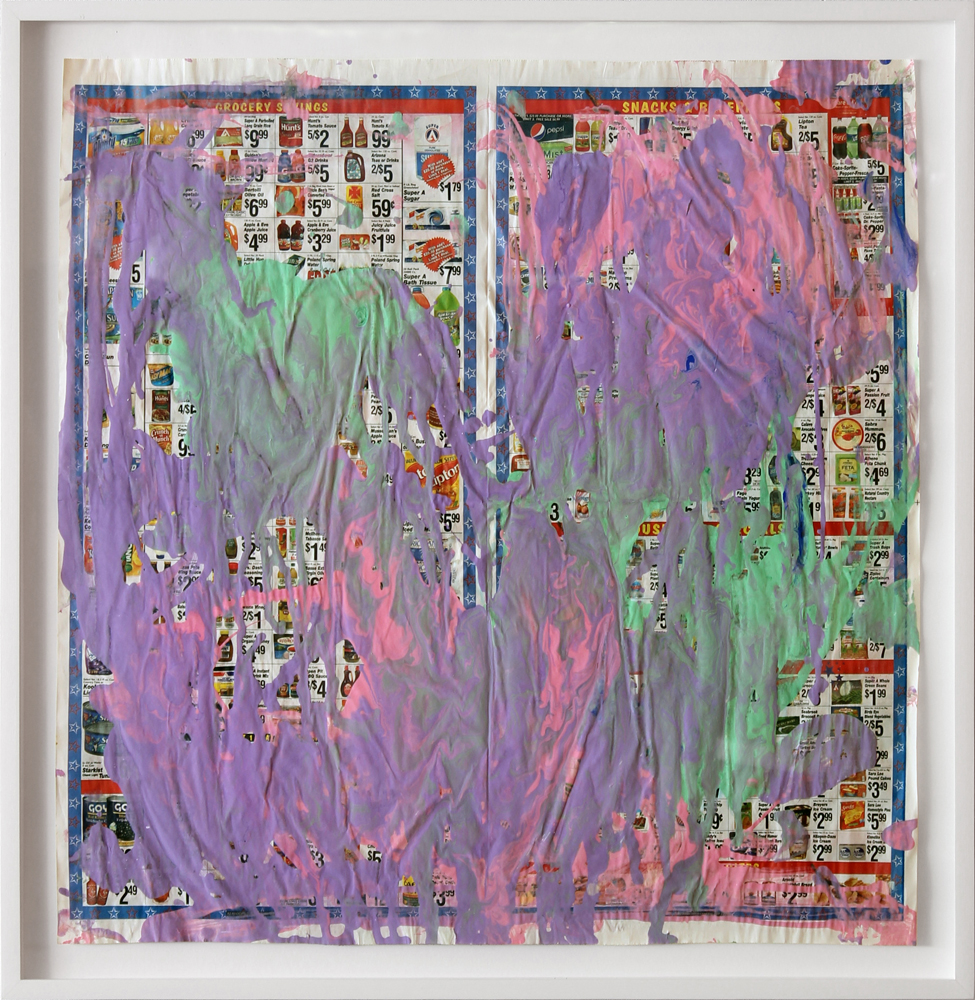 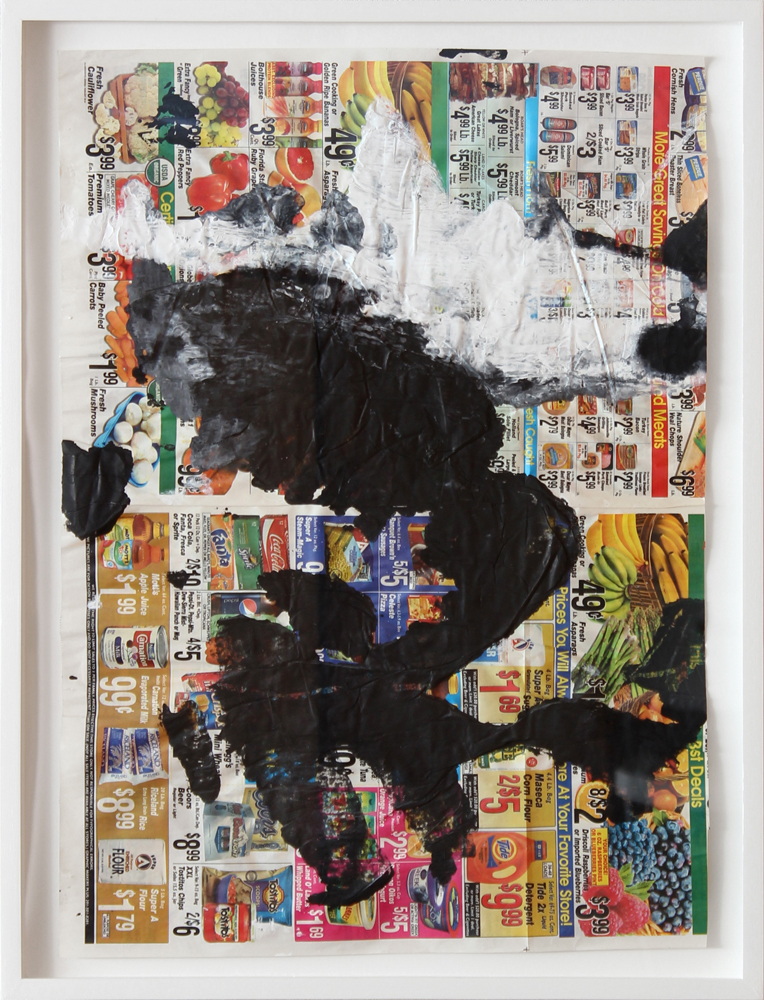 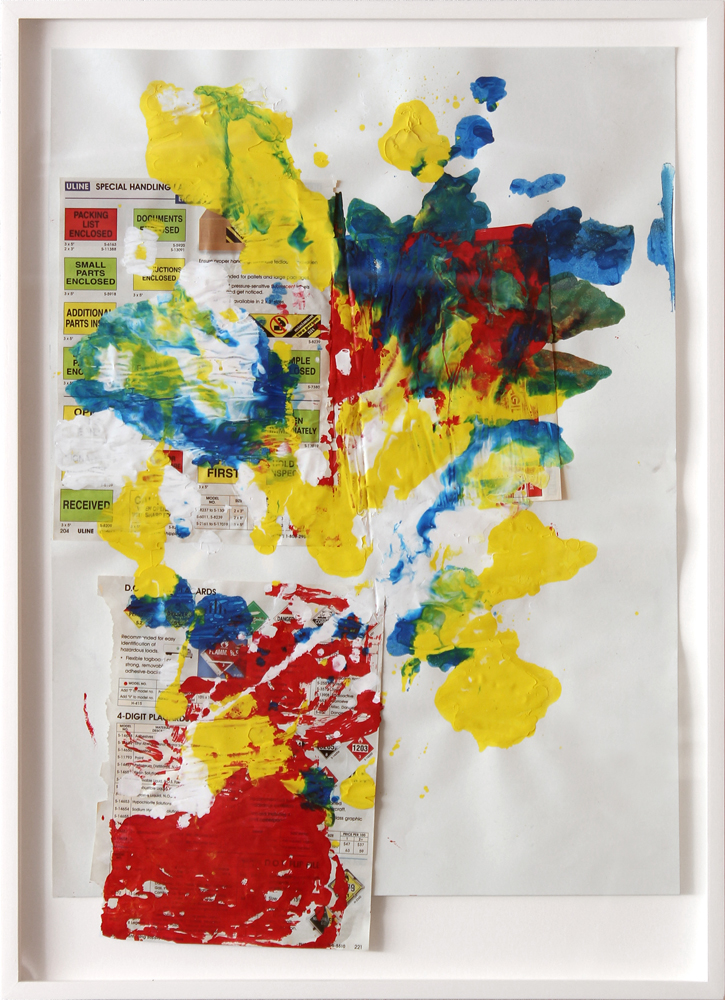 Harper’s Books is pleased to present an exhibition of new work by Anke Weyer, on view from August 15 through September 23. Featuring the artist’s large-scale oil and acrylic paintings, the exhibition will also include a series of smaller works on paper, consisting of found and painted coupon sheets. The show will open with a public reception on Saturday, August 15, from 6 to 8pm.

Brooklyn-based German artist Anke Weyer creates paintings that are firmly grounded in the legacy of Abstract Expressionism yet appear strikingly contemporary, borrowing from a variety of sources to develop complex compositions that are effusive, messy, and raw. Combining dripped and spattered skeins of paint, wiped and rubbed fields of color, and thick, curvilinear brushstrokes layered over broad stains of saturated hues, Weyer’s paintings acutely highlight the inherent tension between intention and accident—freedom and restraint—in gestural, nonrepresentational painting.

This exhibition will focus on Weyer’s recent oil and acrylic works that directly engage with and emphasize the expansive possibilities of mark-making. Seemingly effortless and immediate, they incorporate both the intensity of action painting and a fastidious approach to carefully crafted arrangements, apparent in their thoroughly worked and layered surfaces. These are paintings that revel in the process and materiality of painting, integrating a varied array of lines, splatters, and smears, as well as elusive shapes that hint at representational motifs. Exceeding the bounds of conventional canvas proportions and, at times, subverting orthodox arrangements, Weyer devises unexpected compositions that toy with prevailing notions of “good” painting and entrenched organizational techniques from throughout art history.

By drawing from a varied array of influences, including the raw immediacy of punk, the frenetic expressionism of Tachisme, and the emotive energy of the New York School, Weyer’s paintings adroitly synthesize diverse elements in a way that is enticingly fresh, yet clearly embedded in specific histories of painting. Presented in the Hamptons—where Elaine and Willem de Kooning, Lee Krasner, Robert Motherwell, Alfonso Ossorio, Jackson Pollock, Mark Rothko, and Esteban Vicente, among other creative luminaries of the postwar period, lived and worked—this exhibition also positions Weyer’s practice in dialogue with the legacy of Abstract Expressionism in the area.

Anke Weyer was born in Karlsruhe, Germany, and currently lives and works in Brooklyn. From 1995 through 2000, she attended the Staatliche Hochschule für bildende Künste Städelschule in Frankfurt am Main, where she studied under the Danish painter Per Kirkeby, and undertook an exchange semester at the Cooper Union in New York. In addition to numerous international group exhibitions, Weyer’s work has been featured in two solo shows and three two-person presentations at CANADA in New York, including Anke Weyer: Du (2013–14), Elena Pankova and Anke Weyer: Mother the Cake is Burning (2010), and Anke Weyer: Hot Dogs on Fire (2007). Weyer is represented by CANADA.