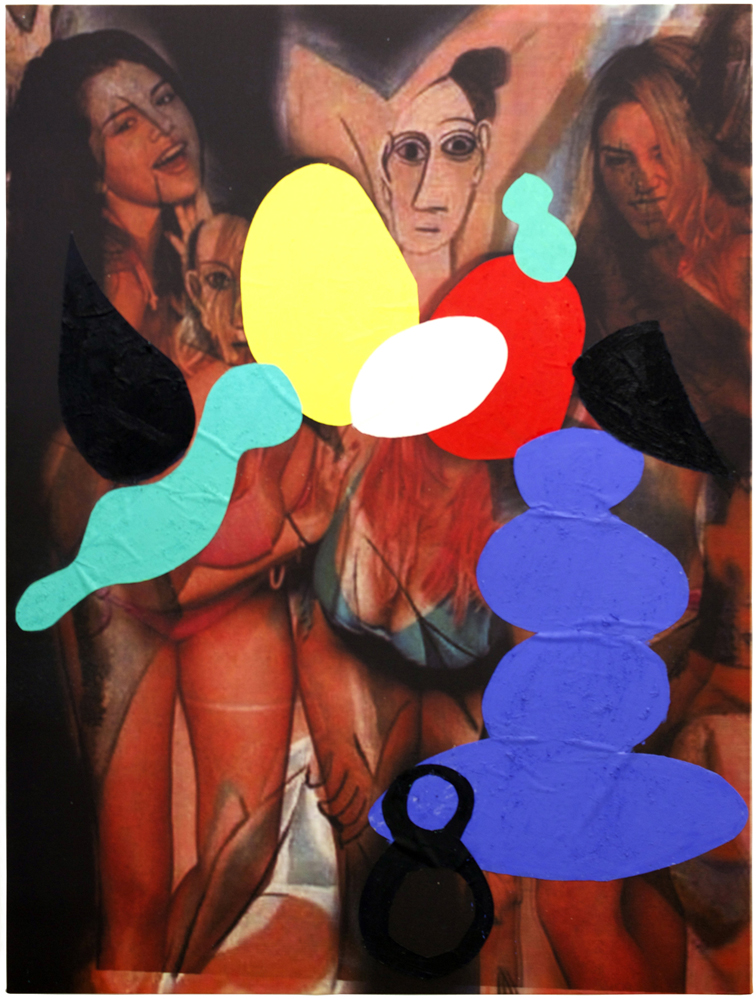 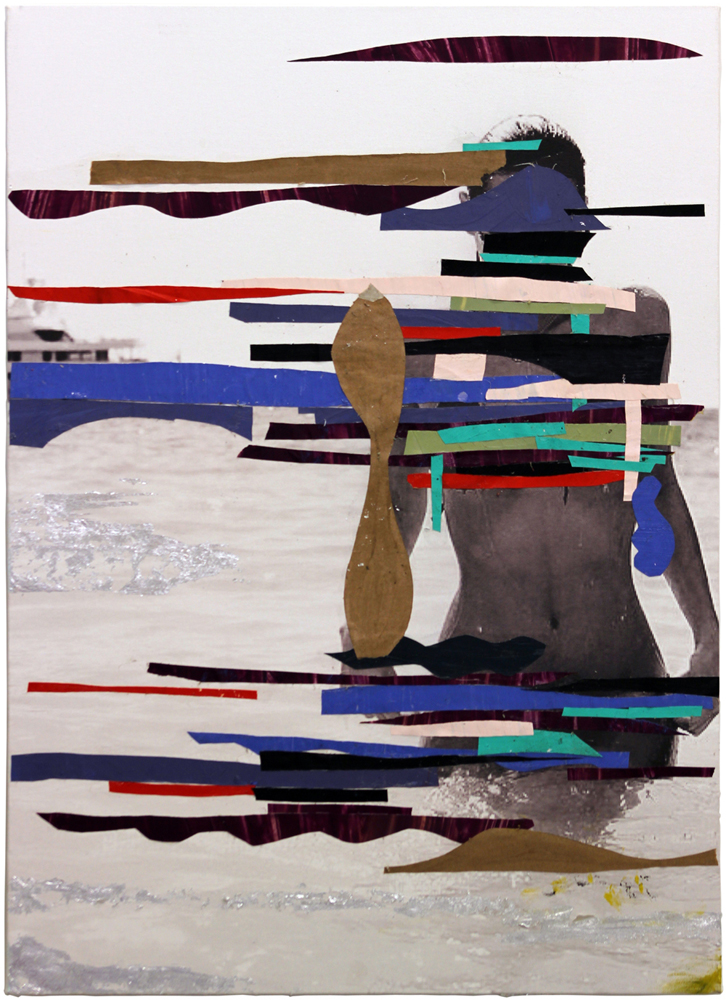 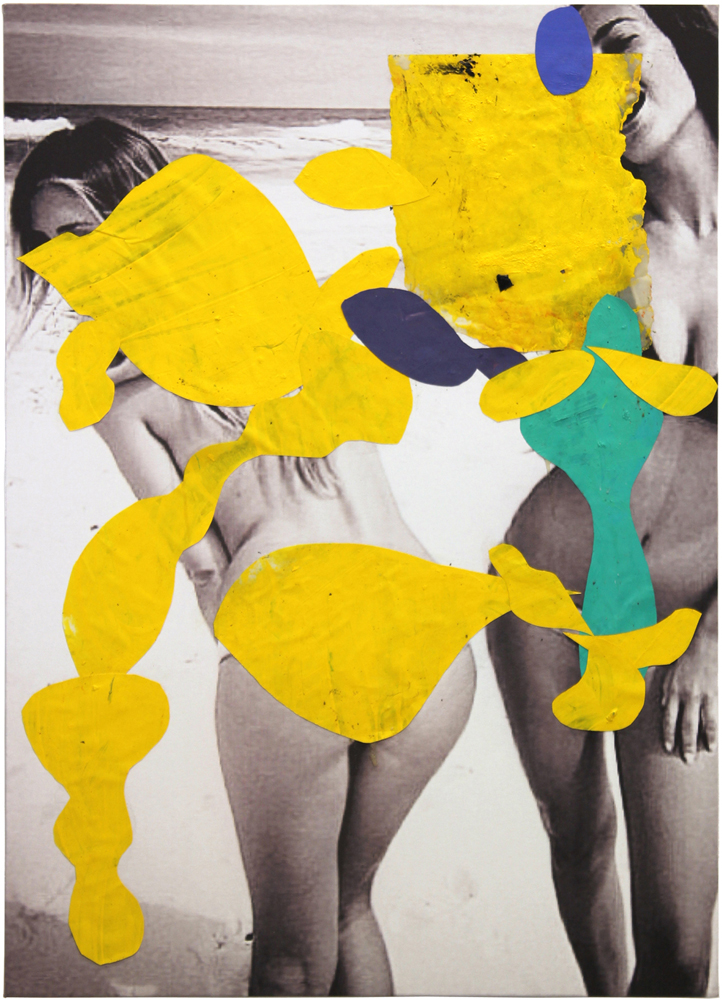 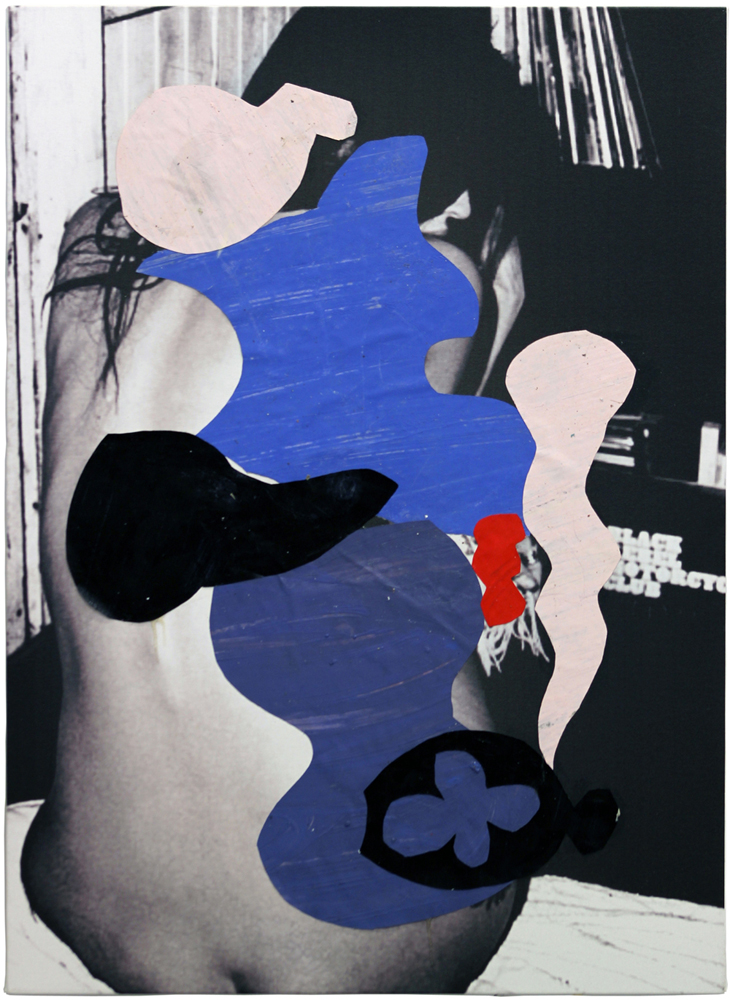 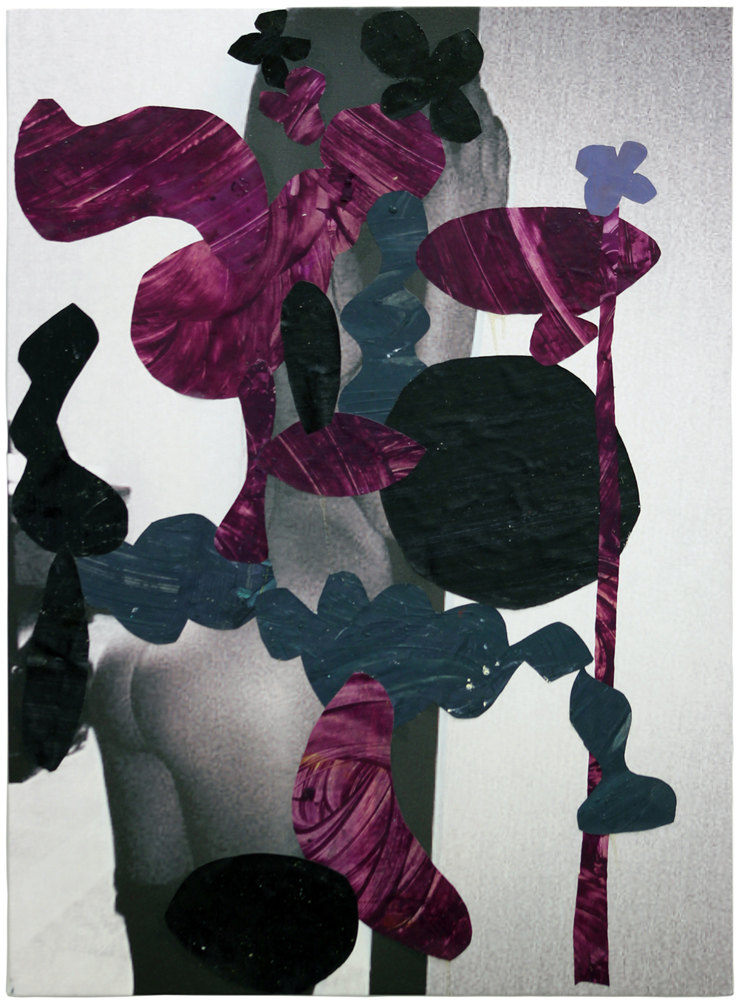 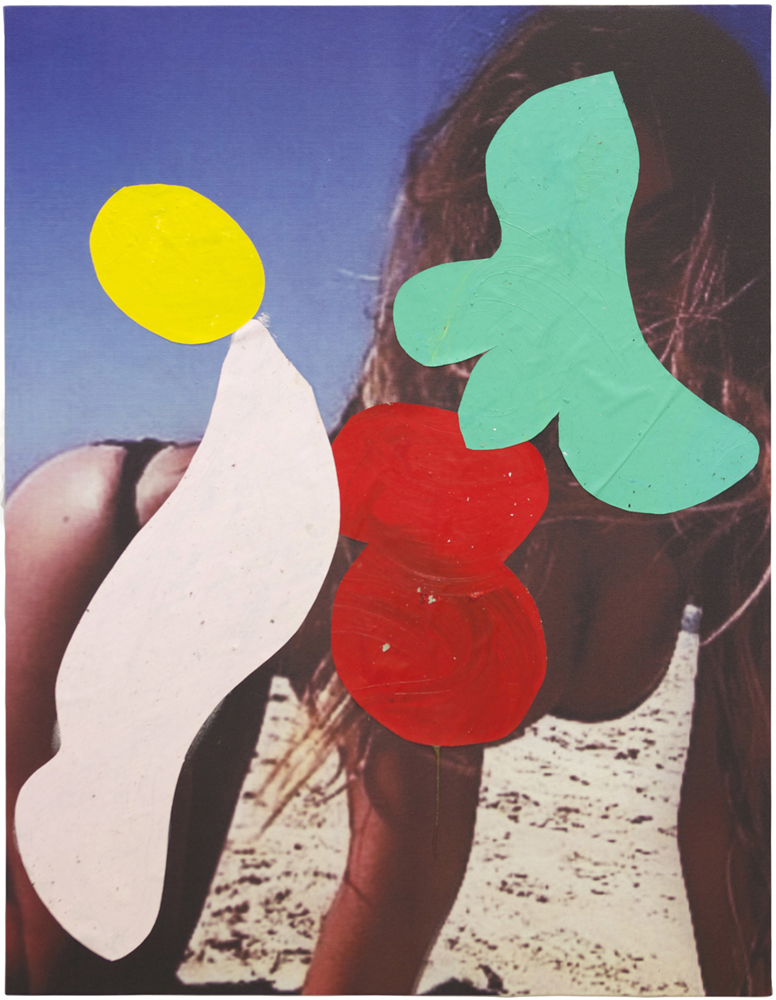 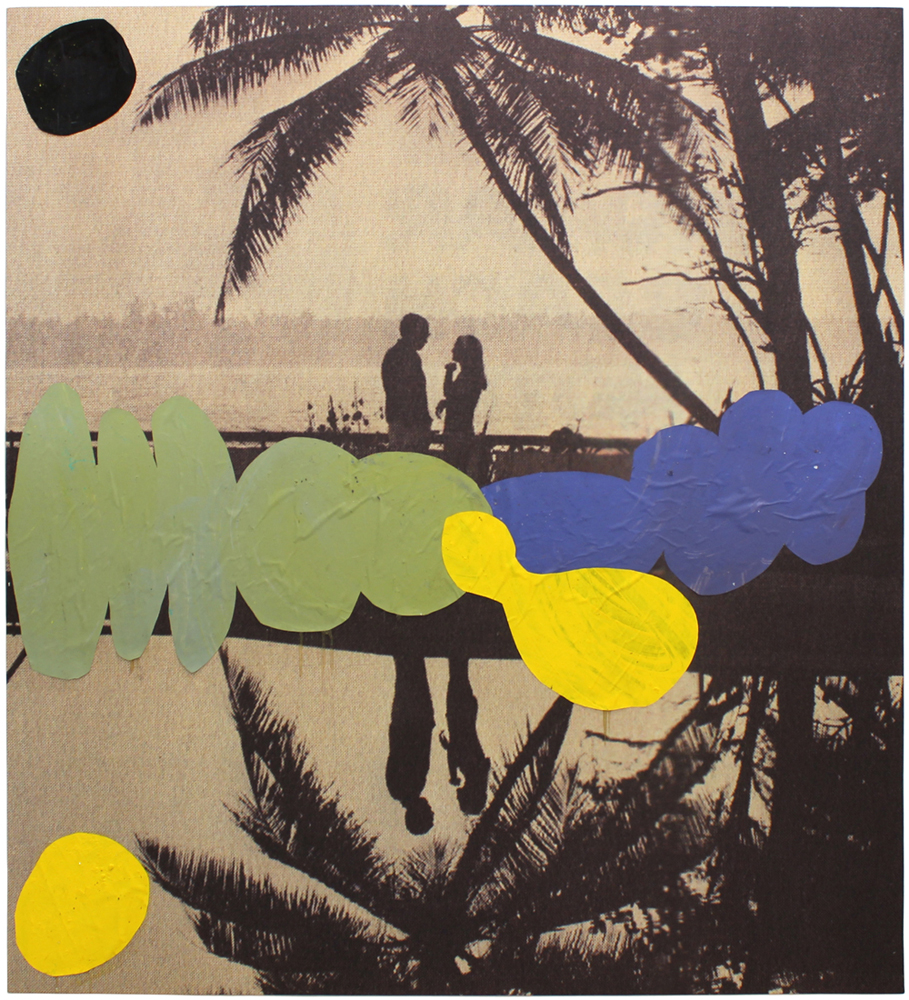 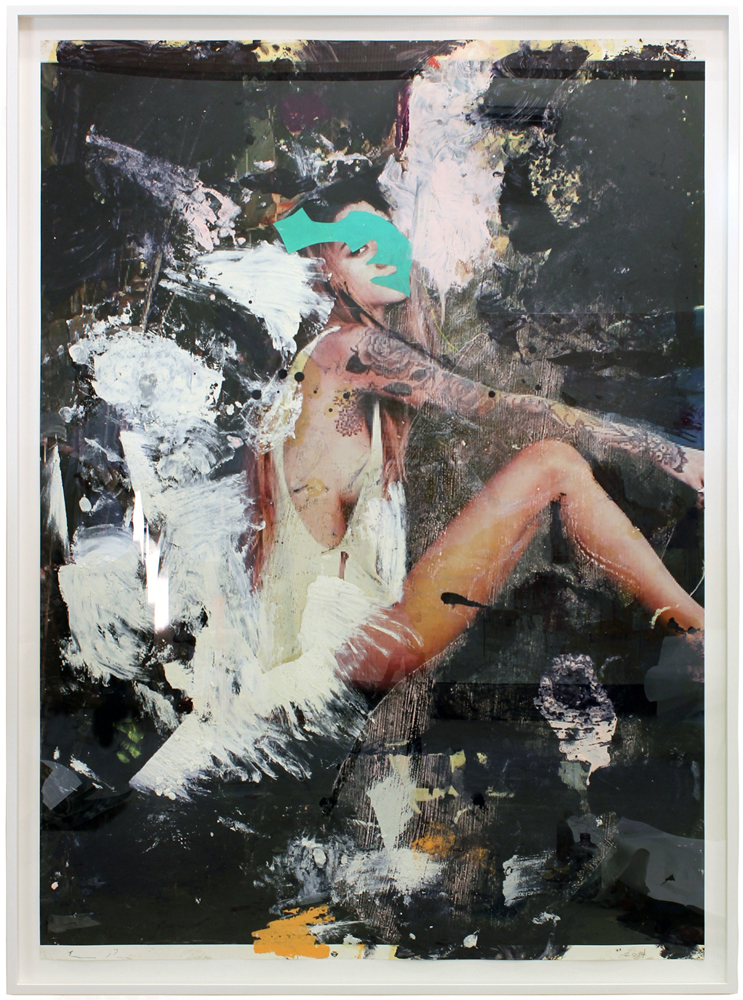 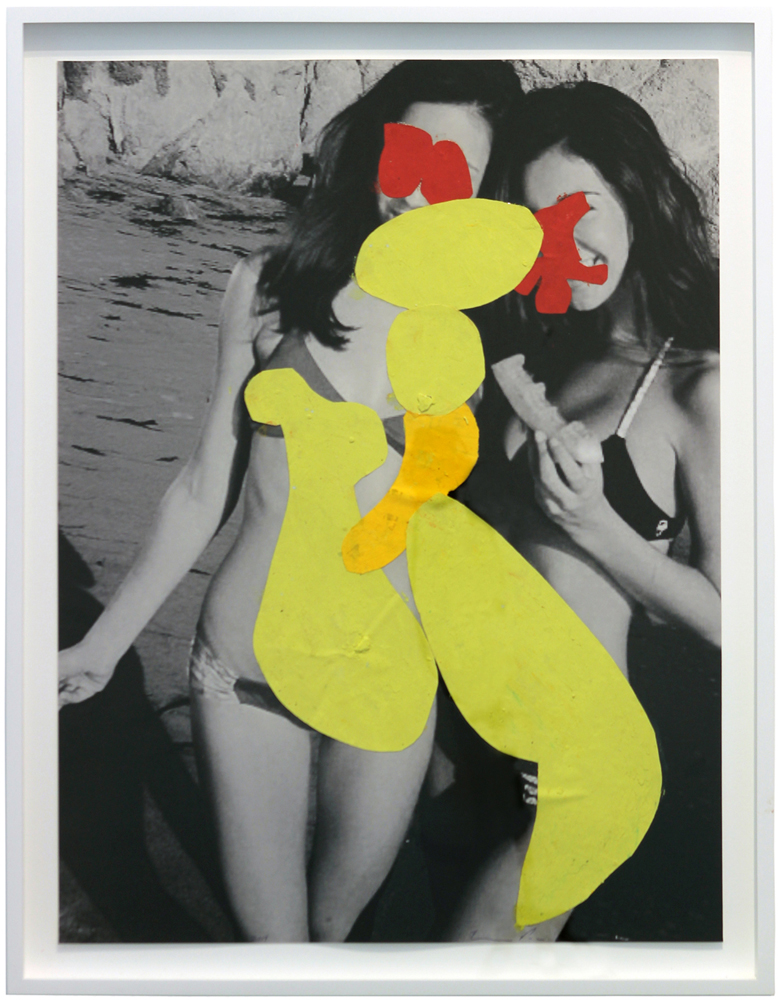 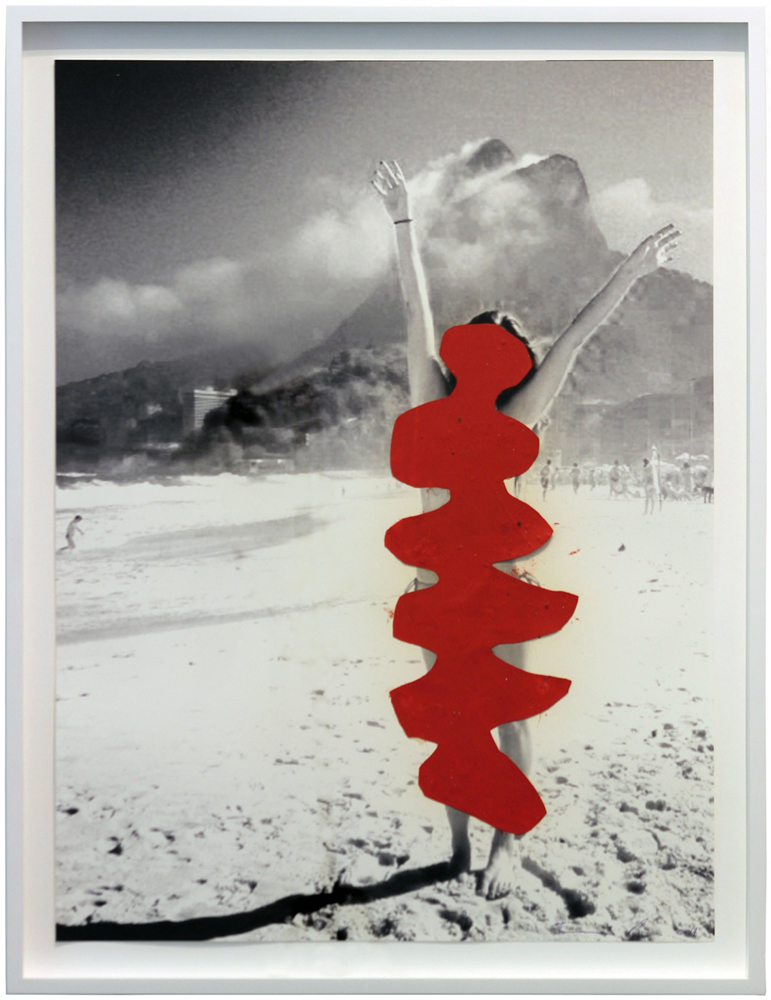 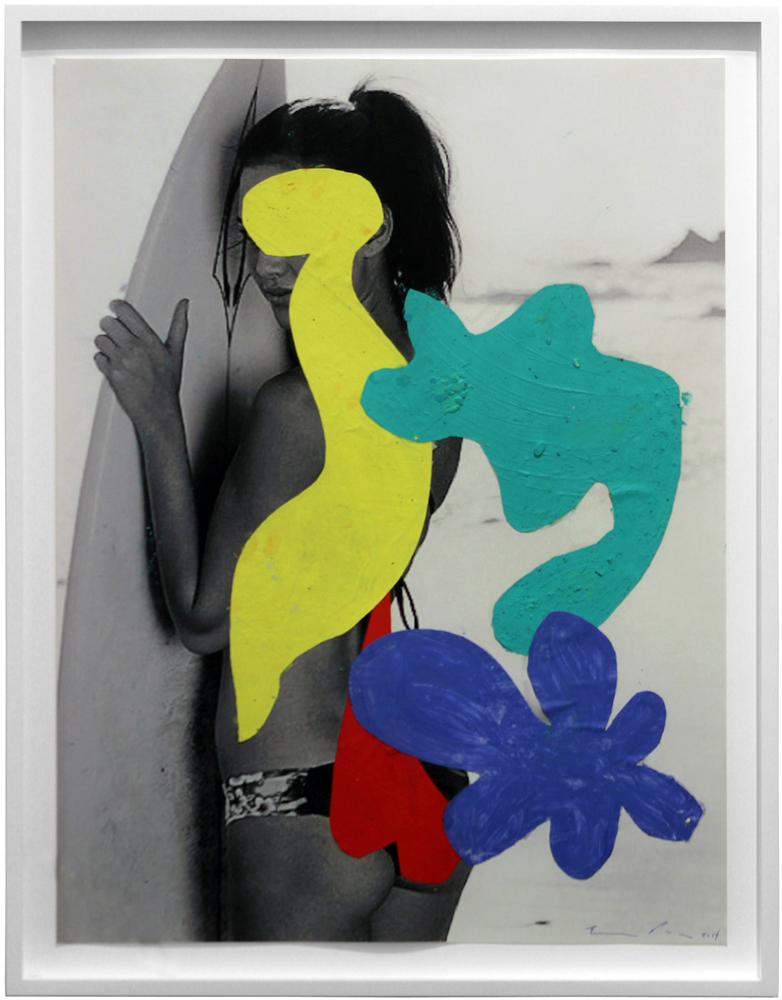 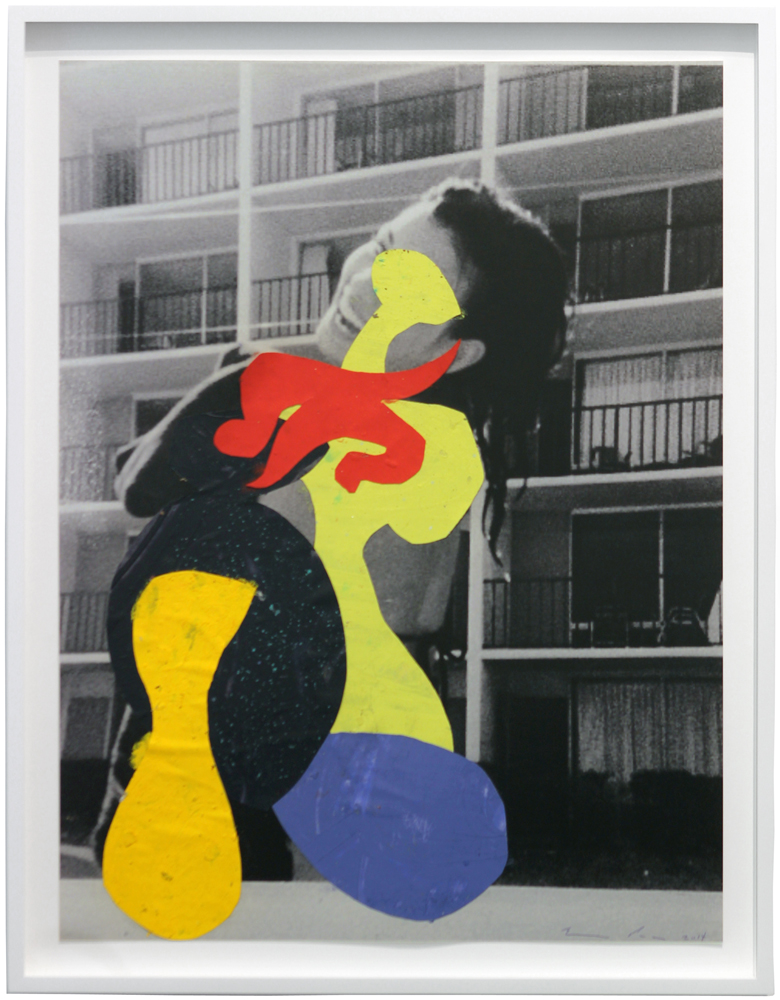 Harper's Books is pleased to announce an exhibition of recent work by Enoc Perez, titled Summer Job. Combining appropriated, reproduced, and original found photographs and ephemera with layers of unique cutouts, this series marks a new venture in the artist's oeuvre. Representative of his versatile approach to art making, the multimedia works in Summer Job highlight the artist’s unrelenting exploration of new modes of figurative representation and unyielding insistence on the vitality of his materials. In addition to the collages on canvas and paper, the presentation will feature two sculptures and a selection of repurposed three-dimensional objects by the artist.

Whereas Mr. Perez’s previous and concurrent projects have included experimentation with processes of oil painting and printmaking, this series rests on the juxtapositions between products of high and low culture and between forms of high and low artistic media. Using found images of semi-nude women, culled from online resources as well as the artist's personal archive, Mr. Perez investigates the changing nature of representation in the age of social media. His layering of vibrantly colored geometric shapes, which recall the lyrical abstractions of Jean Arp and Henri Matisse, illustrate the artist's distinctly painterly approach to the practice of collage and further establish his ongoing dialogue with the legacy of Modernism.

The Summer Job series marks an extension of Mr. Perez's continued use of source photographs and ephemera, including depictions of Caribbean beach culture and tropical environments, both as subject matter and reference material in his art. Whereas his earlier Pop-inspired paintings have focused on iconic buildings and commodity objects, such as the Bacardi rum bottle, for this recent body of work, Mr. Perez contributes to contemporary discourses regarding the aesthetics of social and digital media. Through an approach that recalls the work of John Baldessari, Mr. Perez subverts the seductive pleasure of spectatorship by disrupting the image with cutout shapes that at once entice and obfuscate, add and subtract.

Summer Job was inspired, in part, by Mr. Perez's recent investigations of the book form as an artistic medium and originated as a sketchbook filled with his preliminary mock-ups. Featuring reproductions of found images, collaged with painted elements, the book contains several original works that intimately document the artist's creative process. Two other unique artists' books by Mr. Perez, Naked Women and The Rum Book, from 2013, are available at Harper's Books and similarly illustrate his engagement with photographic material, found ephemera, and collage. Created out of two soft-pornographic photobooks from the 1970s, these original works also highlight Mr. Perez's continued engagement with the book form as an evolving part of his practice.

Born in San Juan, Puerto Rico, Mr. Perez currently lives and works in New York, where he previously earned a BFA from Pratt Institute in 1990 and an MFA from Hunter College in 1992. His work belongs to the collections of the Whitney Museum of American Art, the Metropolitan Museum of Art, the San Francisco Museum of Modern Art, the Corcoran Art Gallery, and the Museum of Contemporary Art North Miami, among other significant institutions throughout the United States. His most recent exhibitions include New Work at Thomas Ammann Fine Arts AG in Zurich, Paris Mon Amour at Galerie Nathalie Obadia in Paris, The Good Days at Acquavella Galleries in New York, Utopia at Corcoran Art Gallery in Washington, D.C., and Works on Paper at Galerie Nathalie Obadia in Brussels. The first complete monograph on his work was published by Assouline in 2013. Mr. Perez is represented by Acquavella Galleries in New York.

Enoc Perez: Summer Job will commence with a reception on Saturday, August 9, and will remain on view in the main level and mezzanine galleries through Tuesday, October 14. Mr. Perez will be present to sign copies of his 2013 monograph, available for sale at Harper's Books, during the opening.