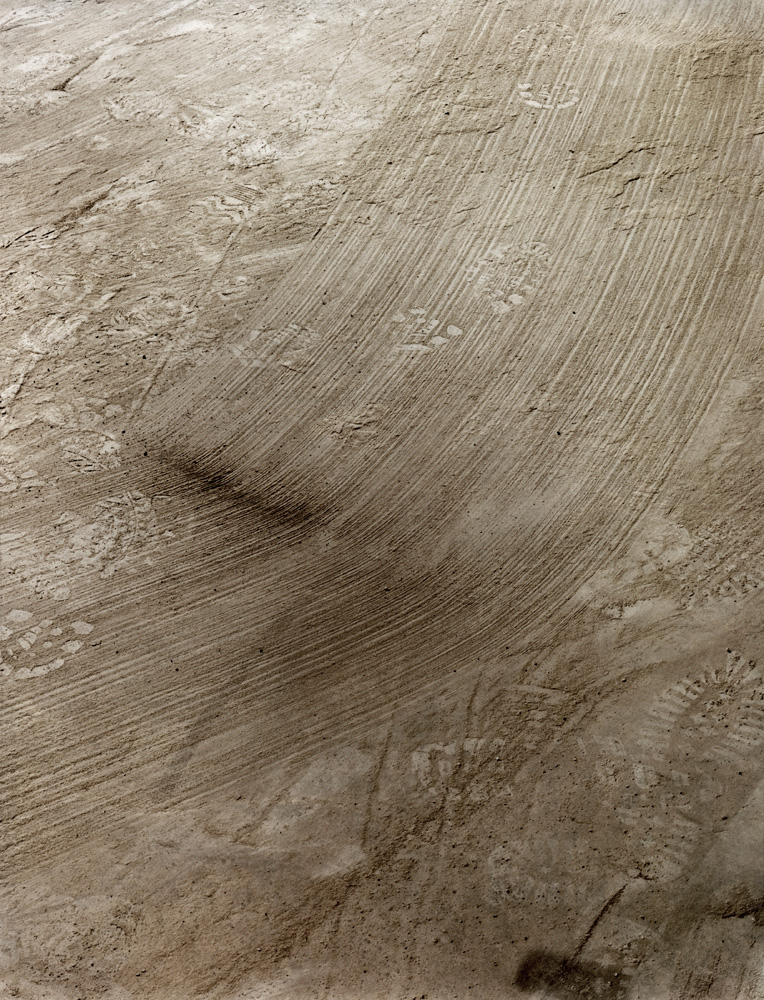 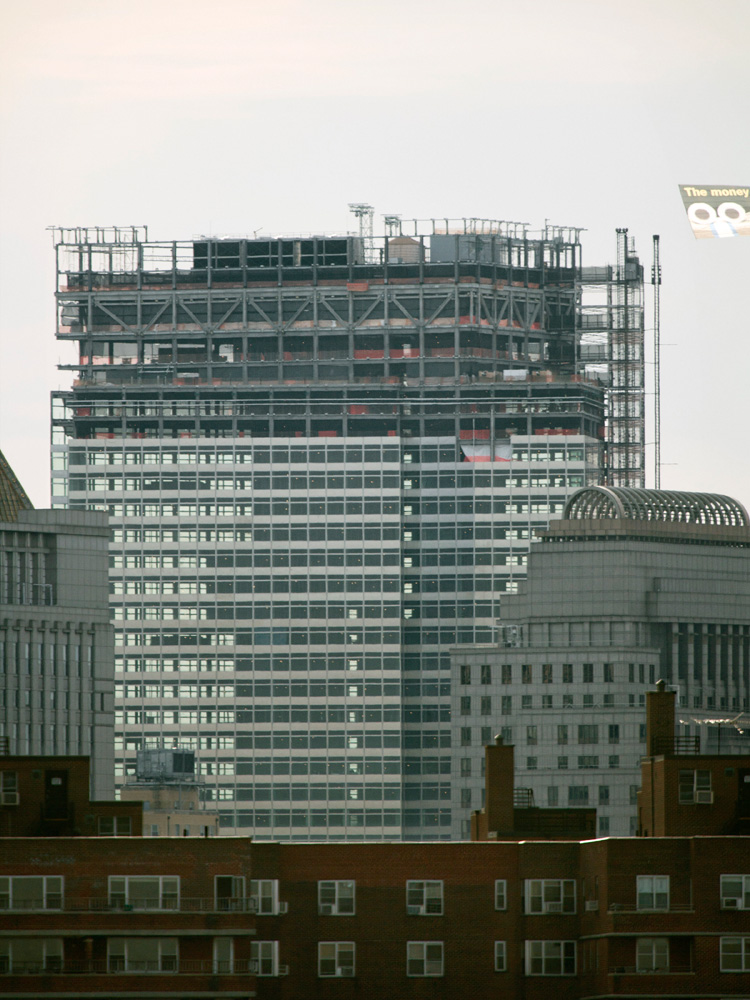 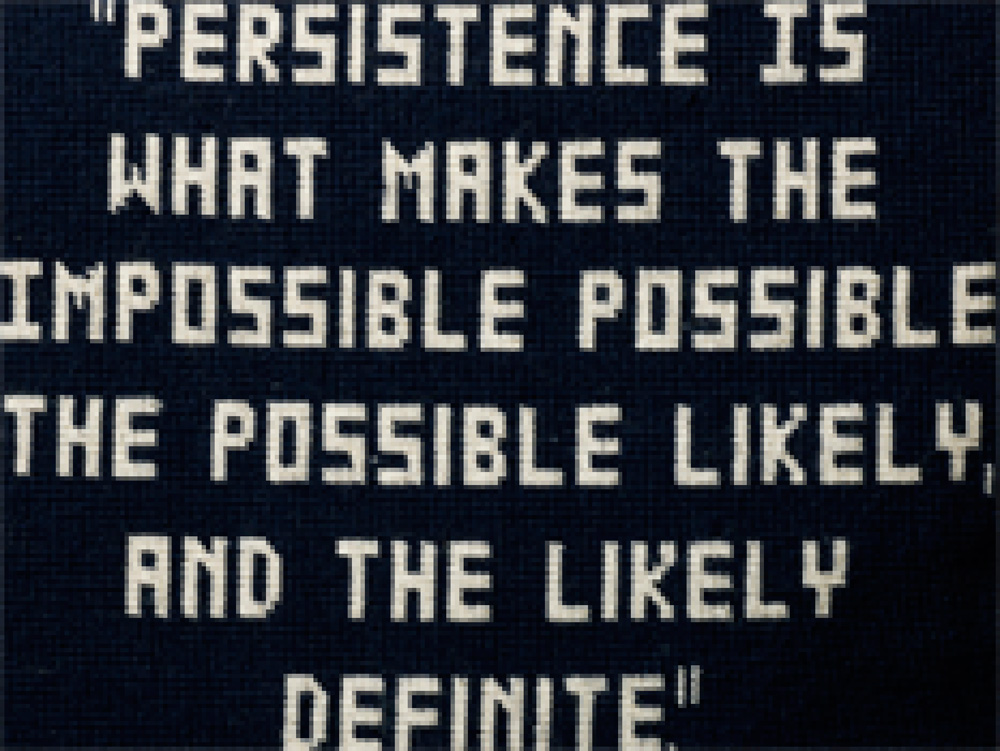 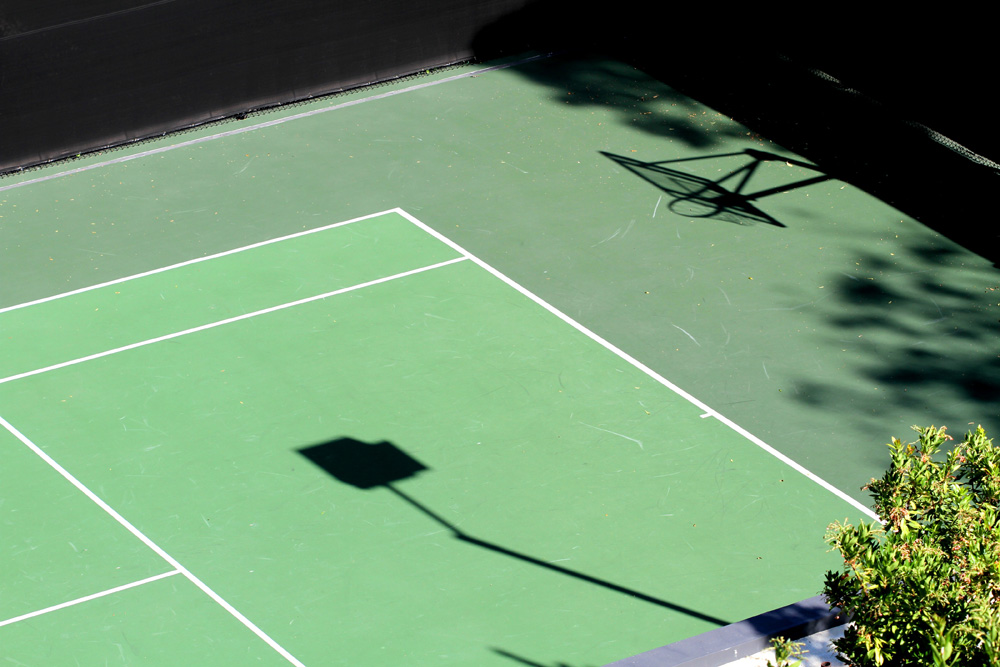 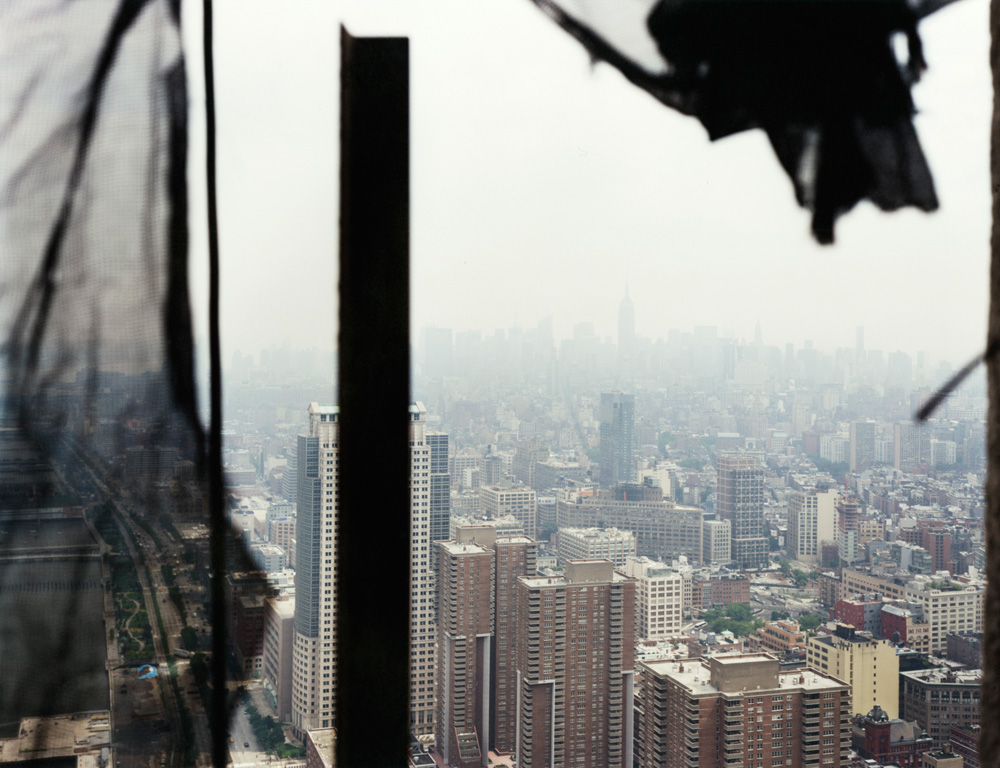 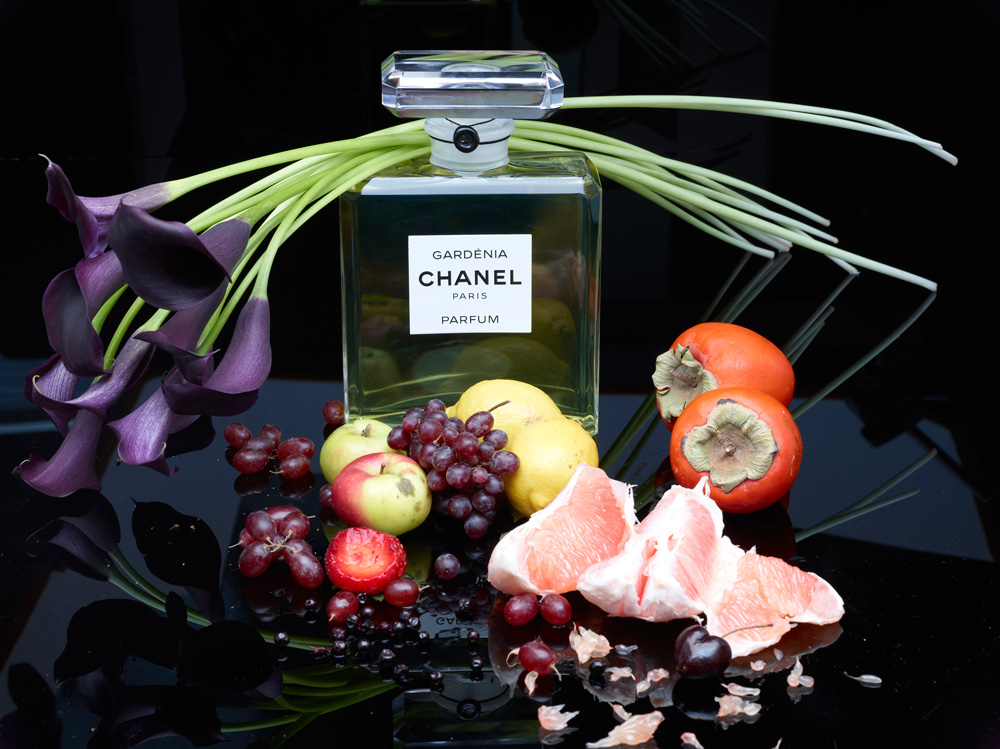 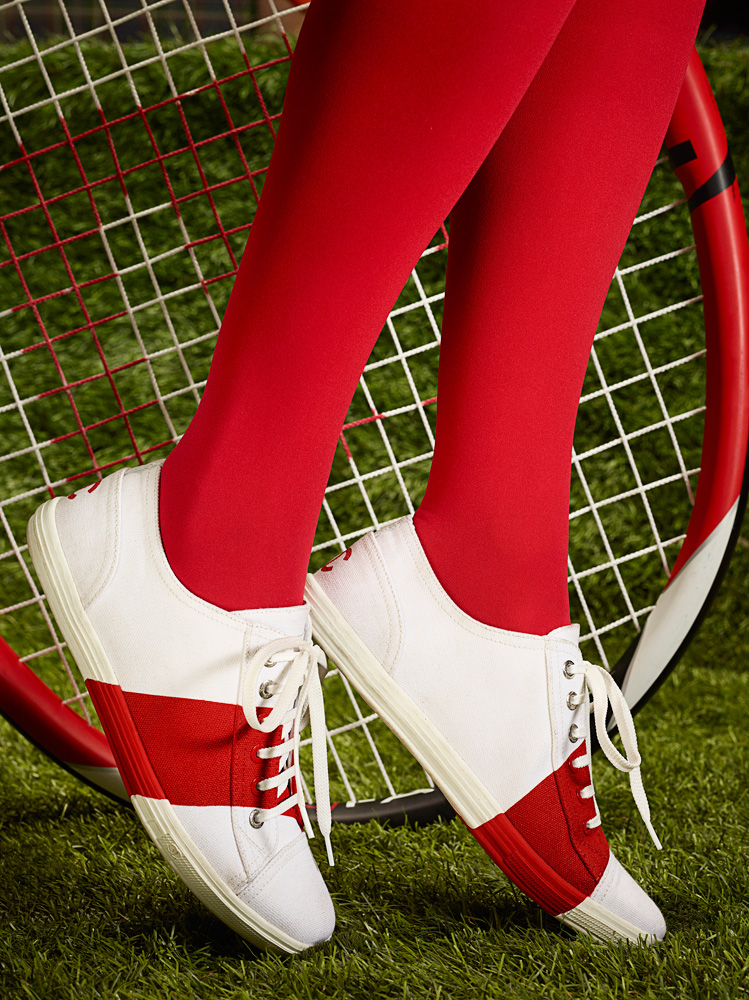 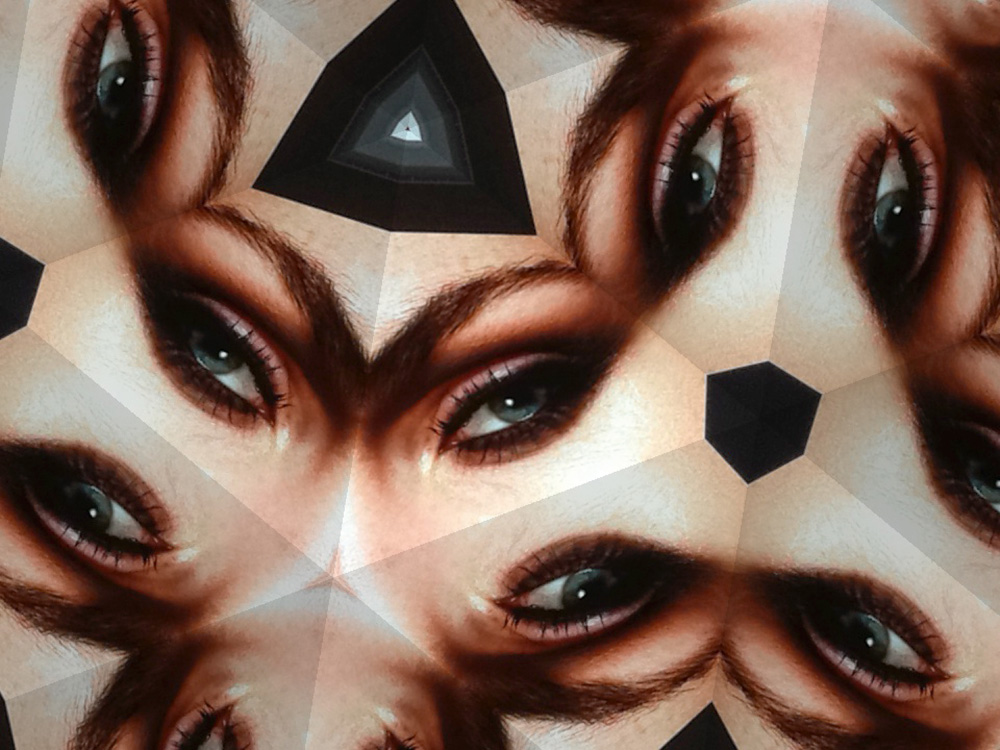 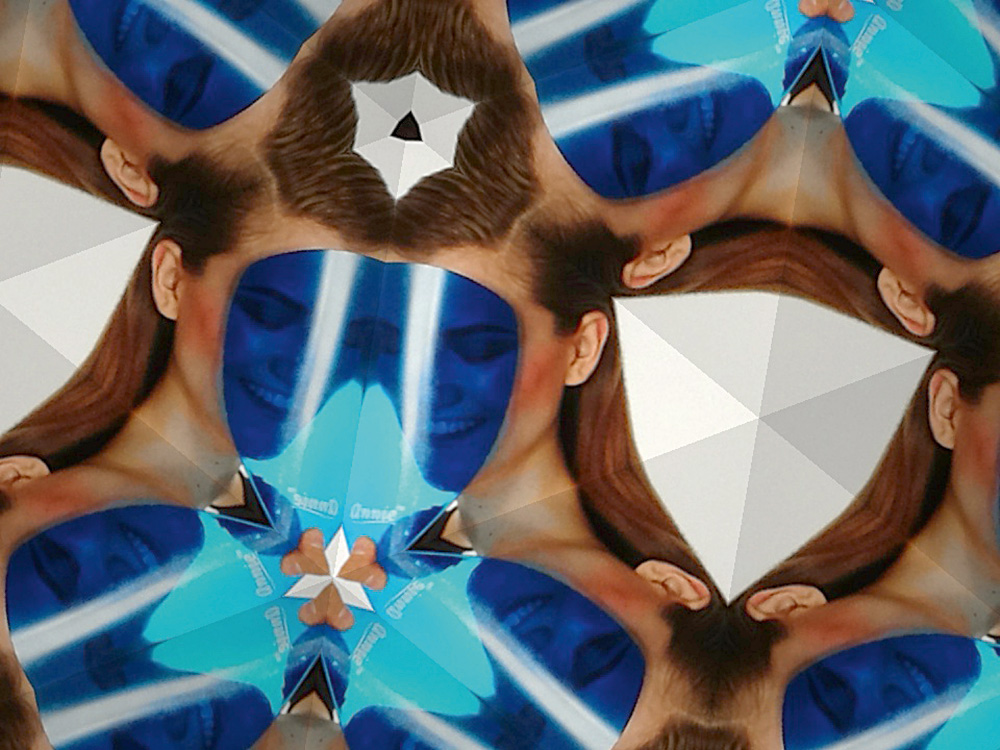 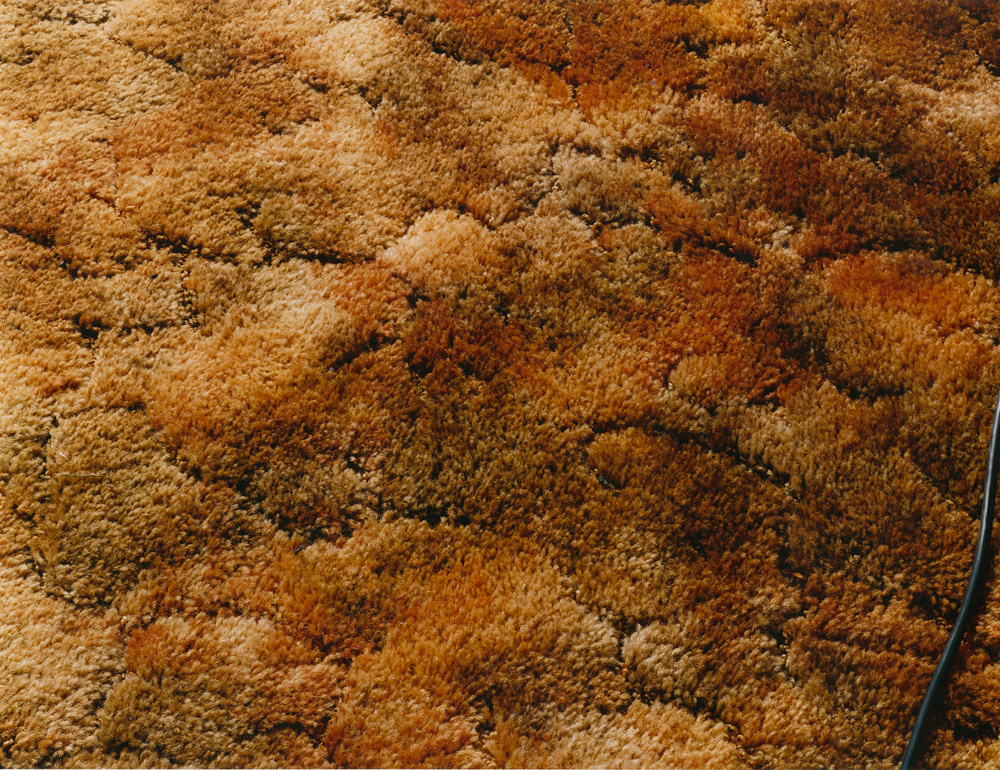 Harper’s Books is pleased to present The money…, a solo exhibition of work by Roe Ethridge. Comprising a selection of eleven large-format chromogenic prints, the show will bring together Ethridge’s most recent inquiries into the plasticity of photography and the aesthetics of consumption. While themes of worth and worthlessness are pervasive, the title is a direct reference to Exteriors 7, an image of the Goldman Sachs headquarters in New York's financial district, which Ethridge had been commissioned to photograph. Shot from his studio rooftop in Brooklyn, the picture captures the first two words (“the money”) of a Geico advertisement trailing off the tail end of an out-of-frame airplane. In a fortuitous convergence of low-end insurance and high-end banking, this image, like others in the exhibition, exemplifies the coexistence of the upscale and the commercial prevalent throughout Ethridge’s oeuvre. Viewed in conjunction, the featured prints reflect upon the ubiquitous visual iconographies of postmodern society and the inherent transience of material wealth in its various forms and preconceptions.

With a professional background in editorial photography, Ethridge is recognized for traversing and merging photography’s typologies of fine art and advertising, in a practice that MoMA Photography curator Roxana Marcoci calls uniquely "post-appropriative." Drawing upon the legacy of the Pictures Generation, he activates the traditions of descriptive and mass-produced photography in an age of media over-saturation, while raising questions of authorship and originality. Oscillating between the staged and the serendipitous, his work engages the rifts between disparate genres, recontextualizing motifs of still life, portrait, and landscape.

This exhibition combines Ethridge’s forays into commercial photography with prints from other recent series, including images of leisure activities, luxury commodities, and airbrushed models apropos of a Hamptons summer weekend — or the media’s distortion of what a Hamptons summer weekend would be. Also featured are Ethridge’s kaleidoscopic montages and additional photographs from the 2008 Goldman Sachs commission, documenting the six-year construction of the company’s corporate headquarters. All prints have been executed in an edition of five, courtesy of Andrew Kreps Gallery.

Currently based in New York, Roe Ethridge was born in Miami in 1969 and received a BFA in Photography from The College of Art in Atlanta, Georgia. His work belongs to the collections of the Museum of Modern Art, New York, the Institute of Contemporary Art, Boston, the Museum of Contemporary Art, Los Angeles, and the Tate Modern, London, among other significant institutions. With an accomplished international exhibition record, including the 2008 Whitney Biennial, Ethridge has most recently been the subject of solo shows at Andrew Kreps Gallery, New York, Studio Street, Zurich, Gladstone Gallery, Brussels, Le Consortium, Dijon, the Charles Riva Collection, Brussels, and Gagosian Gallery, Beverly Hills. In addition to his various art world accolades, Ethridge is also a prolific photobook maker; highlights include Spare Bedroom, Rockaway, NY, Apple and Cigarettes, and Le Luxe, all of which are available at Harper’s Books.